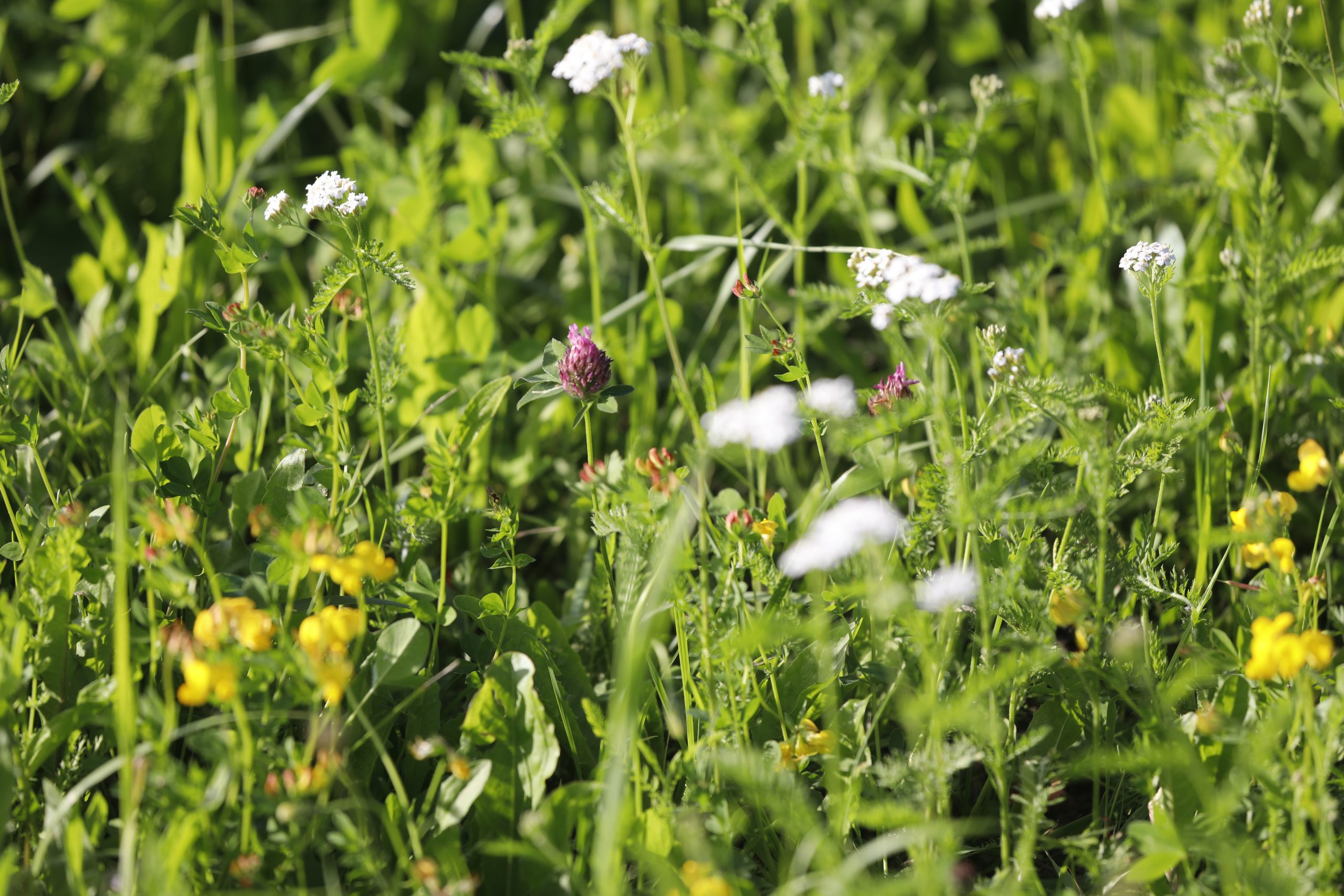 It’s the time of year when lawnmowers and weedwhackers can be heard buzzing and whirring in every neighborhood with people desperately trying to keep the roadsides trim and their yards weed-free.

But, if you just stop for a moment and take a closer look, many of those ‘weeds‘ that folk are so deadset on destroying are actually little gold mines of flavor, nutrients, and foraging fun.

Dandelions, chickweed, violets, purslane, plantain, and lambsquarter are perhaps some commonly known wild edibles, but there are few others that are simple to spot and are likely plants that you have actually seen before; you just didn’t know what they were called.

The plants listed in this article are quite easy to identify for beginners.  However, before eating any wild plant, make sure that you have a 100% certain identification.  Never eat a plant if you are unsure.  If in doubt check with an expert to give you a certain ID.  Also, go easy if you are eating a new plant. Allergies can pop up out of nowhere. Always check with a medical professional before starting using a herbal remedy. 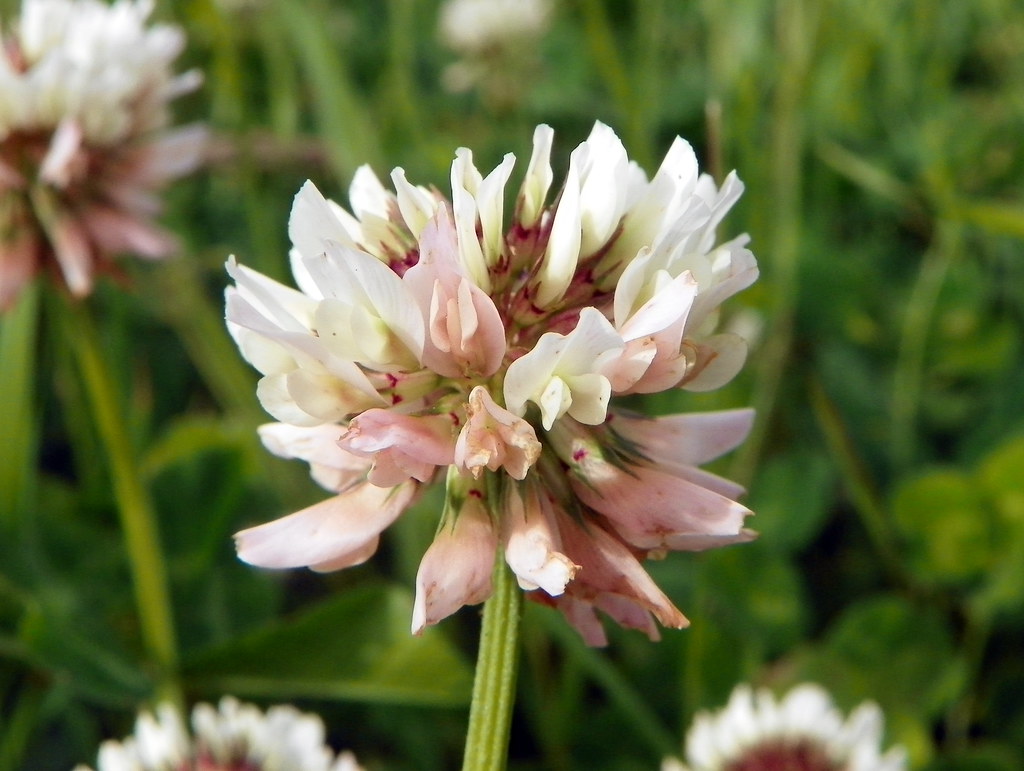 White clover is a common low-growing creeping plant that pops up in lawns and meadows all over.  It is actually a nitrogen-fixing plant that can be used to enrich the soil.

Each little clover stem has three (sometimes four!) leaves growing out of it.  The leaves often have a white band on them.  The white clover flowers bloom in early spring to fall.

The flowers tower above the leaves and look like little white globes dotted across a lawn.  Don’t be put off if the white flowers have a blush of pink to them.  This is quite common.

Harvest only fresh young flowers. Leave any that are old, dried, or browning.  Also, be very aware of your source.  Do not eat from lawns that have had pesticides or herbicides sprayed on them.

Take your fresh young clover flowers and eat them immediately in salads or dry them out to make herbal teas.  White clover is quite nutritious being rich in protein, beta carotene, and vitamins B and C. 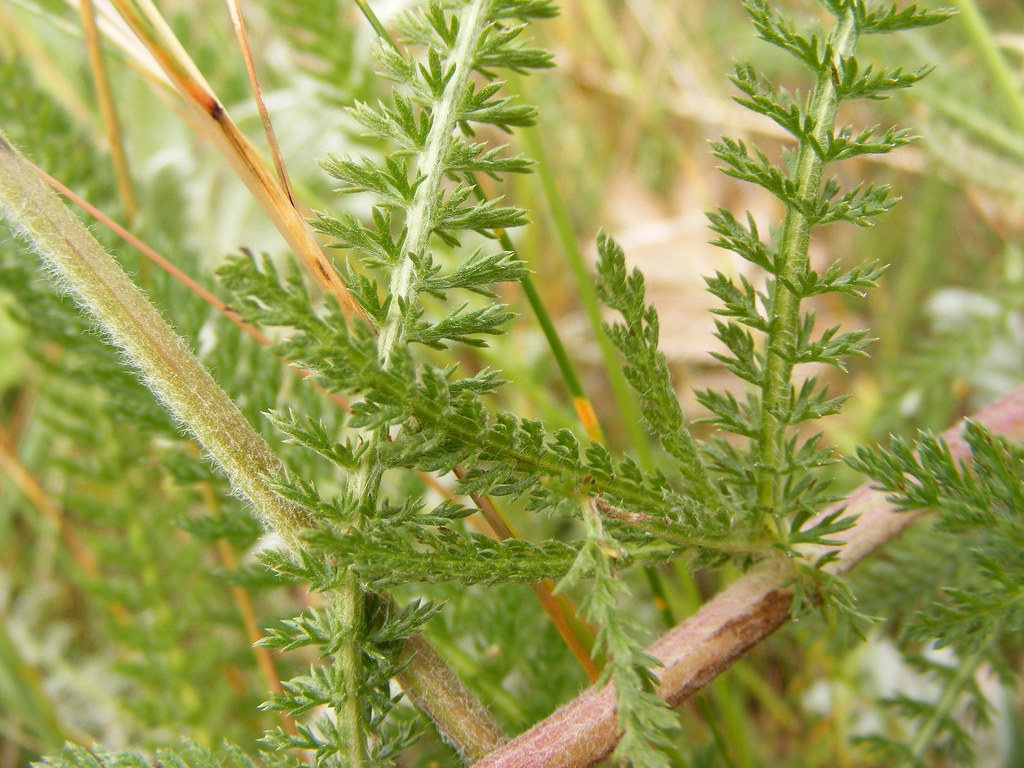 Here is another plant that may seem entirely familiar to you, but one that you never gave a second thought to.  Yarrow is a perennial plant that has feathery leaves and grooved stalks.  Once in bloom in the spring and summer, yarrow plants can stand up to 2-3 feet tall.  It typically has white or pink blooms.  Check yarrow against (Queen Anne’s Lace and poison hemlock for possible look likes).

It can be found in lawns, meadows, and on roadsides.  It is the leaves that you want to harvest.  Again, be very aware of your sourcing to avoid dangerous contaminants. It is said that pregnant women should avoid yarrow.

Yarrow’s medicinal properties are more potent when used fresh, though you can dry this herb to be used later for teas, for example.  Yarrow can be used to make salves for treating minor cuts and wounds as it has antiseptic, antimicrobial, and anti-inflammatory properties.

Yarrow leaf tea is also used to help regulate the temperature during a fever. It is quite bitter, so pairing it with a more pleasing herb, such as peppermint, might be desirable. 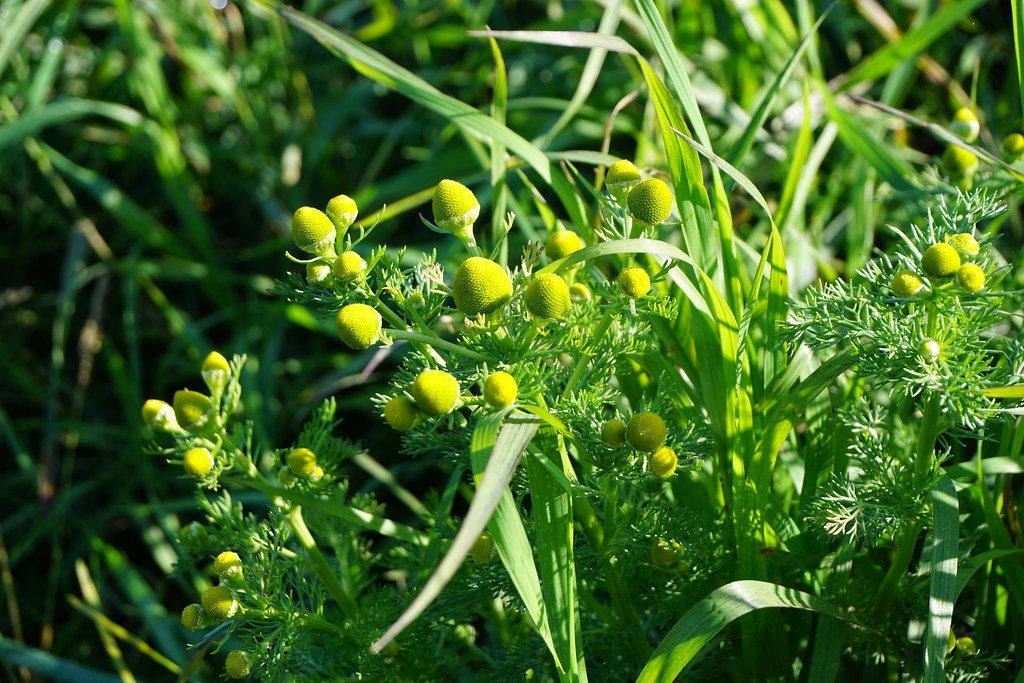 This little gem survives in areas that have been neglected and have compacted soil, such as on the sides of roads or old parking lots. It is another plant that you have likely noticed before or played with as a child.

Pineapple weed is also commonly known as wild chamomile due to its similarity in appearance. Pineapple weed is quite distinctive in that it has small cone-shaped yellow flower heads that seem to be missing their petals.  Its leaves are feathery, like chamomile leaves.

The most amazing feature, however, and the one you have surely been waiting to hear about, is that when you crush the leaves and flower heads, they give off a heavenly, fruity pineapple scent with a definite nod to chamomile.

Just like chamomile, pineapple weed is used as a sleep times aid and can promote rest and relaxation when sipped as tea before bed.  Just infuse the fresh or dried flower heads in hot water and allow them to steep. 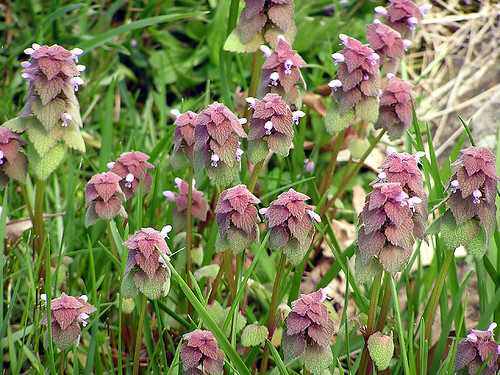 Purple dead nettle often grows in large clumps in lawns, meadows, and roadsides.  It actually a part of the mint family and has that telltale square stem.

Its leaves look like tiny little stinging nettle leaves, hence the name, but have none of the sting. The stems grow tall (10 inches), with leaves growing densely towards the top. The leaves at the top of the stems might also be blushed a purple color. This plant has tiny purple flowers that grow on the top, too.

This little plant can be used in salads and pestos, just like other herbs.  It is a little ‘fuzzy’, so mixing it with other greens is a good idea, as texturally it might be too much on its own.

It also has antiseptic and anti-inflammatory properties, making it useful for treating minor wounds, just like yarrow.

Keep your eye out for some of these powerful plants, and see if you can introduce them into your kitchen or medicine cabinet.

This article is for entertainment and informational purposes only.  Seek medical advice before using and herbal remedies.