6 Common Weeds You Can Eat 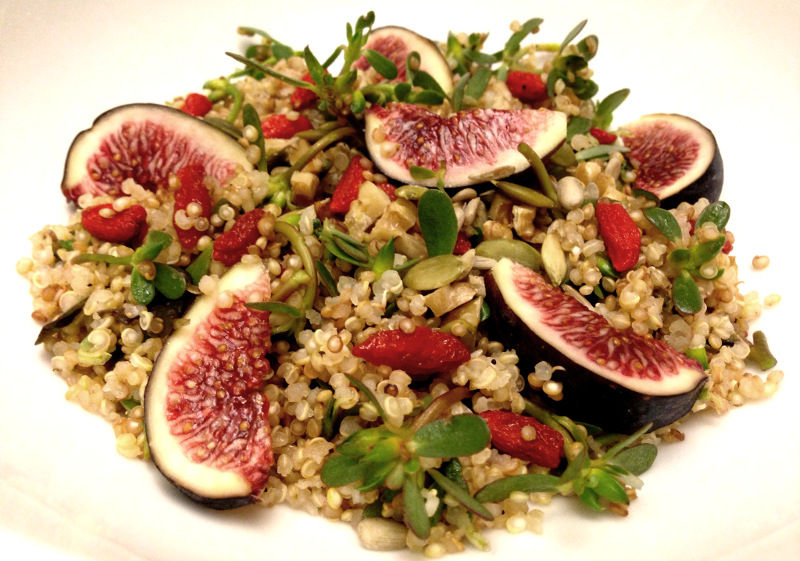 A strange thing happened when we started growing lawns and ornamental gardens as opposed to food: we lost contact with what was edible, and, not just that, but also what is highly nutritious and medicinal. Nowadays, many plants considered weeds, loathed by gardeners and yard junkies, were once actually well known sources of food, and luckily for the modern-day forager, they still can be.

Whether in the city, suburbs, country, north, south, east or west, there is likely something growing out of one of the nearby sidewalks or streams that would make a dandy addition to a dinner plate. In the weeds to follow, there are rich sources of protein, omega-3, calcium, anti-oxidants, beta-carotene, and vitamins A, C and K. Some of them go for high-dollar prices at specialty markets and swanky restaurants, when, in actuality, we often yank them out of the ground and toss them.

Instead, let’s put some common weeds to good use by eating them.

Dandelions are common as muck, all over the place, and despite having what some writers perceive as an attractive flower, they suffer the brunt of heavy-handed gardeners. However, dandelions are actually in the US now because they were introduced by European settlers as a salad green. The young leaves, at the beginning of spring and end of fall, have a sweet flavor and do well as a mixed green. The flowers are also edible. Plus, dandelions have more beta-carotene than carrots. Try this recipe for Edible Flowers and Dandelion Greens.

Recognized by some as a superfood, salsify is a member of the dandelion family, but is more prized for its roots than its leaves. Salsify’s root is renown for tasting like oyster (so much so that it’s also called the oyster plant). It contains a natural insulin called inulin, as well as a good dose of iron, copper, and vitamin C. It also specializes in fighting hair loss and aiding digestion. Salsify has made it into a few with-it restaurants but is more commonly found in abandoned lots in the city. The leaves and flowers are also edible. Check out this Pan-Roasted Black Salsify and Gourmet Mushroom Salad.

This stuff grows everywhere and just keeps coming back, which, despite efforts otherwise, is actually a great thing. It has a spinach-y flavor and can be substituted for it, both raw and cooked. Not only does purslane bring some anti-oxidants and vitamins A and C to the table, but it is also one of the few green sources of omega-3 fats. Eat the fresh stems and leaves in salads or as sandwich fillers, or use them in soups, pastas, rice and stuffing. Here’s a great recipe for Eggplant and Purslane Pilaf with Peanuts.

Fear not, OGP has not suddenly switched gears to mutton, but rather we’ve continued on the green path of plant-based bliss. Lamb’s quarters are another common weed found throughout the U.S., and they too are worth adding to a varied diet. This is a summertime weed with a spinach-esqe smack. It delivers a whopping of protein and calcium, as well as a full palate of vitamins. Use it as a fresh green or as a replacement for spinach. Taste-test it on a cracker with this Lambs Quarter Spread.

Yep, it’s a weed. But it can either be a few dollars a bunch or plucked from a nearby stream. It grows in almost every state and, as its name suggests, is found near sources of water, like rivers and creeks. Watercress, besides being wicked tasty, is thick with antioxidants and well worth picking up on that next nature walk. It goes especially scrumptiously in salads, often quite expensive salads, such as this Smoky Chickpea and Watercress Salad with Mango and Avocado.

In the Deep South, this stuff has taken over, quite literally. Along the highways, it’s common to see entire forests covered in kudzu. It was imported from Japan and apparently just thrives in the southern heat and humidity. Wherever it is found, it is found in abundance, so strap on that apron and start cooking. The leaves can be eaten as a green or drunk as green juice. They can also be fried for crisps or used as wraps for cooking. The roots are edible and should be treated like any other root vegetable. It can also be used to make jelly and tea.