Salsify: The Superfood You Haven’t Heard of Yet (But Should Know About Now) 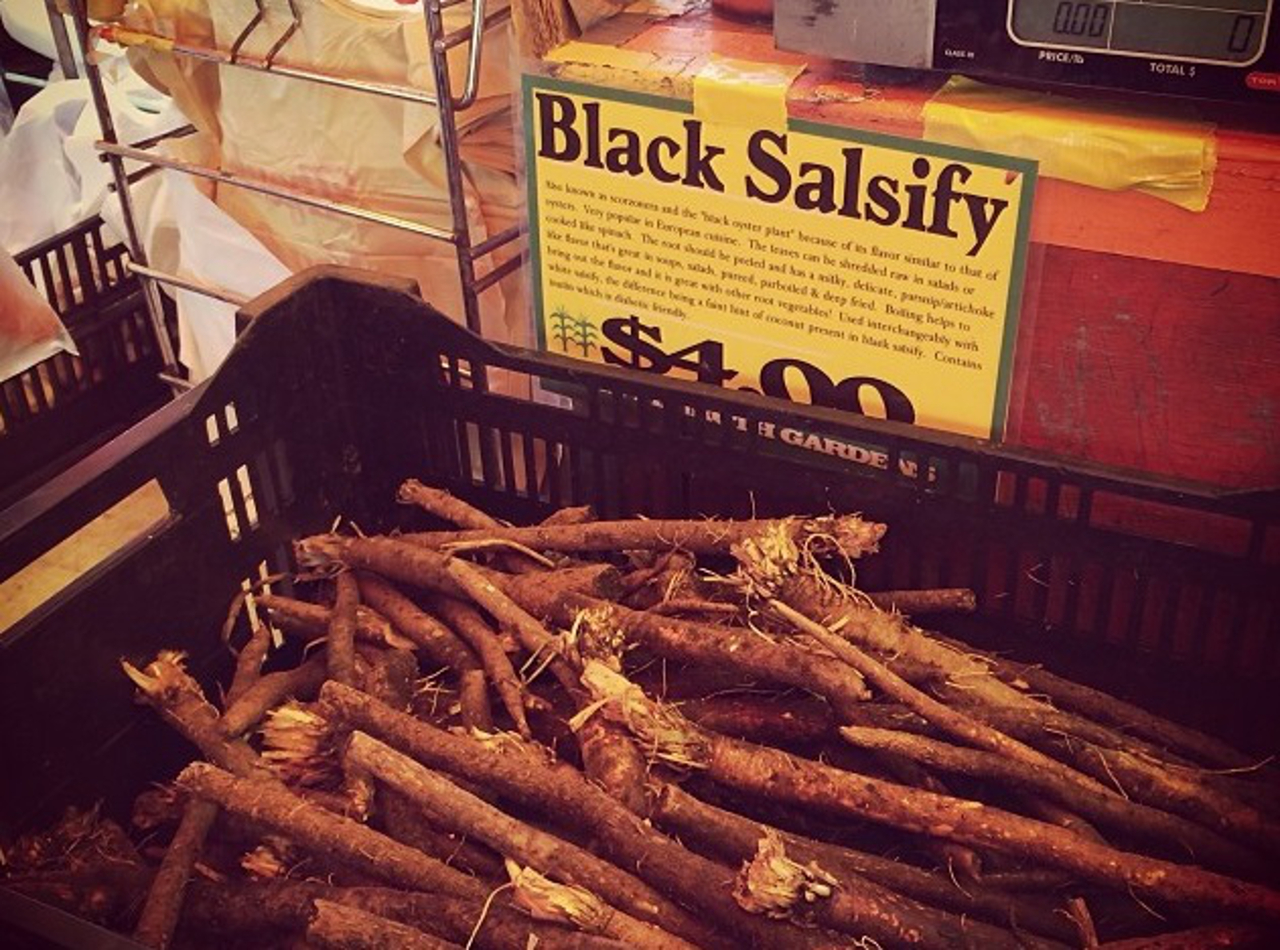 Salsify (sal-si-fee), a.k.a. the oyster plant, is a member of the dandelion family, and, though most people aren’t privy to it, this fairly common weed is sitting atop a delicious, nutritious root. Often compared to the parsnip yet flavored something more like an oyster, salsify is of Mediterranean heritage but has been cultivated the world over.

The term “superfood” gets tossed about pretty readily these days, but the beauty of salsify’s status in the category is that there is little marketing scheme involved. Though canned versions can be found online, sometimes at Whole Foods, or fresh ones at the odd vegetable market, salsify is more apt to be readily available in the vacant lot down the street.

It’s a superfood that has yet to go viral, so perhaps an introduction is in order. Green Monsters, meet salsify!

There are two varieties to keep an eye out for, reports Chuck Mallory from Grit. The white is known as salsify and reported to be the less oyster-y of the two, with a mixed oyster-asparagus-artichoke flavor. The black, known also as scorzonera, is the more potently seafood-like of the two. Though the roots are the main attraction of the plant, most of the remainder of the plant is also edible. The root can be treated like most any starchy root: fried, mashed, roasted, baked, or thrown in a stew or soup. The shoots and flower buds can been used in salads.

Why It’s So Super

Black salsify tends to get more press in the super world. Inulin is one of the star players in salsify. It’s a natural insulin — safe for diabetics — that promotes bifidobacteria and keeps the pancreas running smoothly. A significant source of iron, copper, and vitamin C, salsify also helps maintain healthy hair, specifically combating hair loss. It also aids with digestion via fiber and thiamin (B1), which aids in the production of hydrochloric acid in the stomach, which aids in the processing of protein. Salsify has as much potassium as a banana, so it is beneficial for muscles and bones. All this, and it’s also low calorie.

Where and When to Find It

Salsify root is primarily a winter vegetable but can be found anytime of year. The white roots typically still have the edible leaves attached while the black ones are usually without leaves. It has remained relatively common in some European countries, particularly Belgium, France, England, and Italy. In the U.S., it is most prevalent in Calif., and several Southern California restaurants featured it as a menu item. And, it has recently received a load of good press, such as being on Prevention.com’s new 2014 superfood list and Superfoods chefs’ challenge, so expect it to be more readily available soon.

Otherwise, both the white and black grow throughout the U.S., though the white root’s purple flower is said to be more common. For the urban forager, salsify is plentiful in city lots, but for those not into foraging, seeds are available for the home-grower having trouble finding them.

Bloggers and chefs seem to concur that salsify is a challenge prior to cooking. It takes a little elbow grease to clean, there are sticky fluids to watch out for, and lemon will help with discoloration. Whatever the case, there is consensus that the effort is worthwhile, both for the nutritional boost and superb flavor. Consider using salsify in your salad dressings, soups, or even just roasting it up!

Feeling like super-izing your diet? Check out more super foods with The Ultimate Super Food Guide on One Green Planet.