What Those Labels Really Mean: ‘Superfoods’ 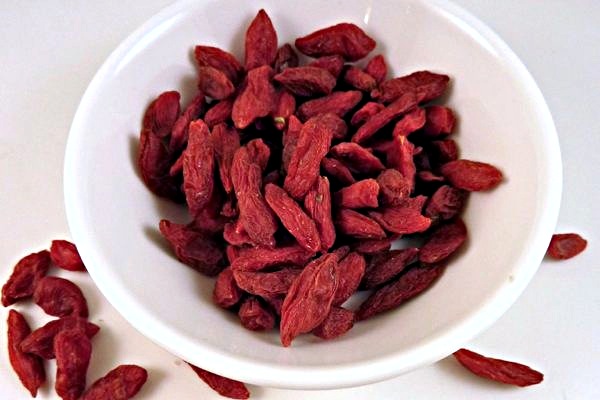 “Superfood” – you can find this little buzzword all over labels these days, from certain berries to greens to legumes. It comes in the form of the direct “a superfood” listed proudly at the top of a front-of-package label and in magazine features a’ plenty. Here at One Green Planet, we’ve sought to define “superfoods” and even provided a list of some of the best sources for superfood power. In advertisements via food marketing, superfoods are even sometimes promoted as foods that can possibly prevent or help cure diseases like cancer and cardiovascular issues.

So, how does a food company typically make a “superfood” claim? Well, it typically has something to do with high antioxidant levels. And antioxidants are indeed something to be coveted in your diet. The problem, though?

Here’s how, in some more specific cases, the superfood determination is made by food writers and health practitioners. “A superfood is a food that is extremely high in antioxidants,” says Kenzie Harrick, Certified Health Counselor. “When measured by weight, the more disease-fighting, wrinkle-preventing antioxidants packed into one food – the more “super” it is. To measure antioxidants, we use the ‘ORAC Scale’ (Oxygen Radical Absorbance Capacity). This lets us know, scientifically, just how healthy that food is. For example, a traditional high-antioxidant food, like blueberries, have 2,400 ORAC units per 100g. Blueberries are definitely a healthy food, but they aren’t a superfood. Goji berries (a pink Chinese berry) have 25,300 ORAC units per 100g. Taking it even further, raw cacao (chocolate) has about 98,000 ORAC units per 100g. These, my friends, are superfoods.”

Now, that sounds great, and this system provides a numerical basis for the use of the term. But, is the use the of the term “superfood” actually regulated?

As of right now, not in the U.S. And that means not everyone using the term abides by the guidelines outlined earlier, because, well, no one is making them do it. In other words, “superfood” can be emblazoned on something that’s mildly healthy at best or at one point had a blueberry in its processing or is the most antioxidant-full food on the planet – but there’s no one actually monitoring its use to designate one’s use of the term from another’s.

“There’s no official definition of what makes a superfood,” says Marisa Moore, an RD, LD, and spokesperson for the American Dietetic Association (ADA). “Superfoods are just foods that are purported to have significant health benefits over other foods. That means they could be high in fiber, vitamins, minerals, or other nutrients. But giving so much attention to one food overlooks other foods that might be similarly ‘super.’”

And it appears that there’s no consensus on “superpowers” in foods in the science world. “Substances that inhibit cell damage caused by oxidation are thought to play a role in the prevention of many diseases,” writes Kathy Kitchens Downie, RD. “But science has a hard time saying which of these substances help the body, and in which quantities, let alone isolating a single one for any superpower.”

Moore adds to the issue: “The problem is, there’s scant research to prove the antioxidant content, how much you’re actually getting, or if it’s enough to even realize a health benefit.”

In other parts of the world, the “superfood” marketing became so prolific that it became forbidden. In the European Union, use of the word “superfood” has been banned since 2007. Labelers may only use the word on a label if it is “accompanied by a specific authorized health claim that explains to consumers why the product is good for their health.

What can we make of all this? Well, it’s one thing to consume foods high in antioxidants. I’m all about it. If you determine from ORAC scale values that a particular food is high in its healthy-things levels, by all means, consume away. But, don’t depend on any one food to cure all the ails in you, because you heard it here: superfoods can be great, but they’re not a cure-all to become dependent upon. And, most importantly: don’t necessarily trust the hype of superfoods made on food labels or in food advertisements. If you can do your own research to find that, indeed, a product has high levels of a antioxidant-rich ingredient, eat up. If it’s simply scrawled on a package of berry ice cream and you find raspberries somewhere down the middle of the ingredient list – think twice. It’s probably Big Marketing playing on your emotions directed at healthy living, kids.

Until the “superfood” craze faces more stringent regulation, do your own research and choose the foods that really make you feel super, label or no label claim!