7 Plants That Enrich Your Garden Soil 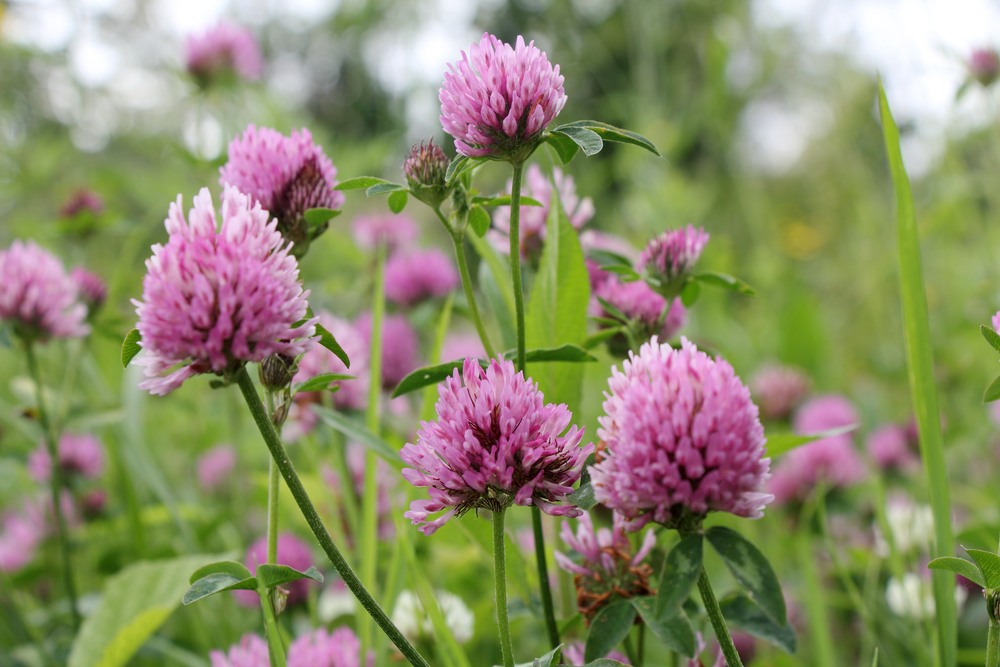 When it comes to enriching soil in our gardens, we needn’t resort to chemical or even organic fertilizers. Like in nature, plants will fulfill these functions, providing the basics of NPK (nitrogen, phosphorus, and potassium), as well as a well-rounded collection vitamins and minerals for the soil and soil life. Not only that, but with careful selection, plants can perform many other duties, such as adding organic matter to the soil, preventing erosion, and breaking up compacted clays.

There are many attributes we can look for in a soil-enriching plant. Probably the most revered is the nitrogen-fixing plant, which has bacterial colonies on its roots that put nitrogen in the soil. Cover crops, which are slashed and left on the ground, produce lots of organic material that keep the soil lively and revitalized. Dynamic accumulators are often considered weeds, but they are deep-rooted plants that reach into soil and mine minerals that other plants can’t reach, bringing them to the surface.

A crucial rule for keeping gardens and soils healthy is to never allow them to be bare. When soil is exposed to the sun, it dries out, and much of the bacteria and soil life within it dies. We need that life and moisture to grow vegetables. However, our soils also can’t just continuously provide crops without getting something in return, so what shrewd gardeners do is provide gardens with “rest” periods by planting cover crops. Cover crops — at least good ones — are plants grown to both protect and feed the soil, and some can even provide a bit of forage for us.

Red Clover is a nitrogen-fixing legume plant that has plenty of other redeemable attributes. In the garden, it is a winner because it provides a dense carpet that prevents weeds and retains moisture, its roots increase soil friability (crumbly texture), and it attracts beneficial insects. It also withstands traffic, though we shouldn’t be walking on our gardens, and it is edible and used for many medicinal purposes.

Field Peas, like many legumes, are also a nitrogen-fixing plant, which adds fertility to the soil, and they are also a winter annual, helping to keep gardens going (or occupied) in the colder months. These are often planted with oats, which can support the spindly stems of the field pea. The combination puts nitrogen in the ground and adds a lot of organic matter — mulch material — atop the soil. They are also a well-regarded food in the South.

Fava Beans are yet another nitrogen-fixing, leguminous cover crop, and like the other two listed above (and most for that matter), they keep soil life alive, protect the soil from weather, and suppress weeds. They also provide a delicious, edible bean. They germinate quickly, hold up in the cold (winter is the time most of us are willing to rest garden beds), and tolerate shade.

Dynamic accumulators are plants that accumulate (go figure) a lot of nutrients, usually from a deep taproot, and when cut and left as mulch, they revitalize the shallower soils with hard-to-reach minerals. Members of this clan are often referred to as weeds because in natural systems, they are the plants that pop up when soils need repairing. Because grass lawns aren’t ecologically viable, which is why they require fertilizer and herbicides, dynamic accumulators often show up to try to remedy the situation. For some, this is a nightmare, for gardeners, we like the soil enrichment.

Comfrey is a most beloved plant in the permaculture movement because, not only does it accumulate a lot of nutrients, it produces an abundance of organic matter with which to spread them out. Comfrey leaves are so powerfully fertile that they get compared to manure.

Dandelion is nothing new for most of us, and it’s becoming even better known as its edible and medicinal qualities are being revisited. The entire plant is edible, even the root, and while it’s alive, it is pulling up valuable nutrients from deep below the soil surface.

Borage is also edible and has a flavor reminiscent of cucumber. Its leaves, which are a bit fuzzy, should be eaten young, and the blue, star-shaped flowers are also edible. Bees absolutely love borage, as do strawberries (they are companion plants).

While most of us grow crops with dreams of having them on our dinner table, it’s also important to realize that leaving some to nature can go a long way to improving soils. There are many crops, such as peas and beans, that’ll fix nitrogen and add fertility. Others, like buckwheat and oats, can add a lot of organic matter to feed the soil. Sometimes vegetables also make for great soil enrichers.

Daikon Radishes are often huge root vegetables that are well-suited for growing in clay soils as well as breaking up compaction. They are also very delicious. However, when soils are particularly compacted and we are trying to do no-dig garden beds, daikon radishes left in the ground to rot will open up pathways for water infiltration, organic material, and nutrients to congregate. This will help to naturally till these soils back into good condition.

In other words, plants can be a key player in getting our garden soils whipped into shape. There are many other plants to investigate, and some version of each of these will exist in every climate. So, before turning to chemicals or products, see what mother nature and her plant-based planet have to offer.