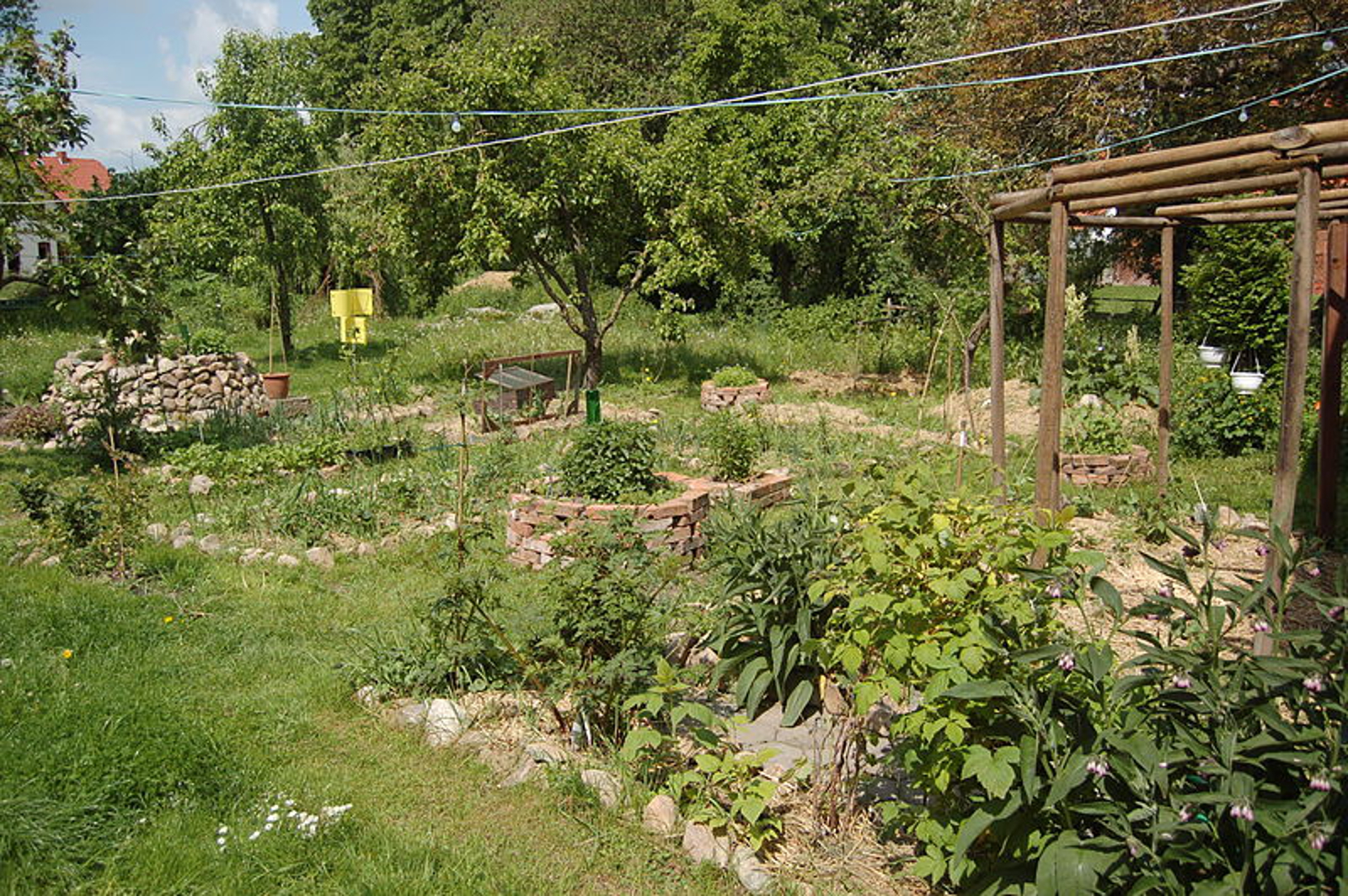 One way of growing food is to till the land, the way many of us think of gardening. The old images of horse and plow come to mind, or on bad days, the new methods brought to us by tractor, chemical and fossil fuel. All of the ground is torn up and then pushed into neat little rows. The general idea, whatever the image, is to create loose soil for young roots, as well as providing good drainage. It’s this very laborious task that has given us the toiling the soil concept of farming.

But, it needn’t be this way, which is why no-till beds are all the rage in permaculture circles. That’s right, it is possible to make a garden – a very productive garden at that – without ripping up the ground and piling it into boring little rows. In fact, some growers believe that tilling the soil actual exposes and thus kills many of the important microorganisms necessary for healthy gardens.

So, no-till beds are less work and may be better. Here are some fantastic options to experiment with.

Hugelkultur beds are fun in lots of ways. The basic idea is to take old chunks of wood, like fallen tree trunks or branches, and bury them. The wood sits above the ground or in a slight depression, and soil is piled atop it. As the wood slowly breaks down beneath the soil, it releases nutrients for the plants growing on the hugelkultur mound. Depending on the thickness of the wood, this long-term means that in-garden composting can create a fertile bed for up to a decade.

Perfect for the mail-order junkie and recycling gurus, cardboard mulching consists of putting a couple of layers of cardboard atop grass. Then, cover the cardboard with a layer (about one inch) of organic matter and compost, which is then topped with a layer (another inch) of straw or grass. The cardboard kills the grass below it, which provides more fertile substance in the form of decomposed grass and roots. It also attracts earthworms and breaks down like any other compostable material.

Rather than the traditional rows, raised beds provide the same effect without the need to till up-and-down, up-and-down. Simply pile a load of organic material — limbs, leaves, kitchen compost, grass clippings and so on — about three or four feet across and however long. At opposite sides, dig two parallel trenches (they can be contoured and curvy rather than straight lines), piling the dirt atop the material. The trenches provide drainage run off, and the bed reaps the benefit of more or less being a compost pile, just getting more fertile as the season passes.

This is usually used on a larger scale for fruits like bananas, papayas, and coconuts, but it can be done smaller for crops in a backyard garden. Dig a circular hole (bananas like about a six foot diameter, but for smaller plants this could be half the size) about a yard deep. With the excavated dirt, build a ring around the hole. Plant crops in the ring and fill the hole with organic materials like yard trimmings, kitchen scraps, fallen limbs, fireplace ash, and paper/cardboard. The compost will feed the plants as it breaks down. For even better success, mix the circle with good companion plants.

If a garden just wouldn’t seem like a garden without rows, then this no-till method is perhaps the best. Rather than chopping up all the land, farmers dig a row about a foot deep and a foot across, piling the soil just next to the row, about a foot high and a foot across. They then leave a space, a third row, about a foot wide upon which to walk. This sequence is repeated until the garden is large enough. The raised rows are planted with a mixture of companion crops, the troughs are filled with composting materials to feed the plants, and the spaces between are for walking on while tending the garden.

Whichever method, they all work on similar tenants:

Simply keep adding matter to the beds to keep them going and growing. There is no need to start anew every time you want to plant something. After all, nature — the most fertile mother of all — doesn’t need to raze a forest every time she wants to grow something.