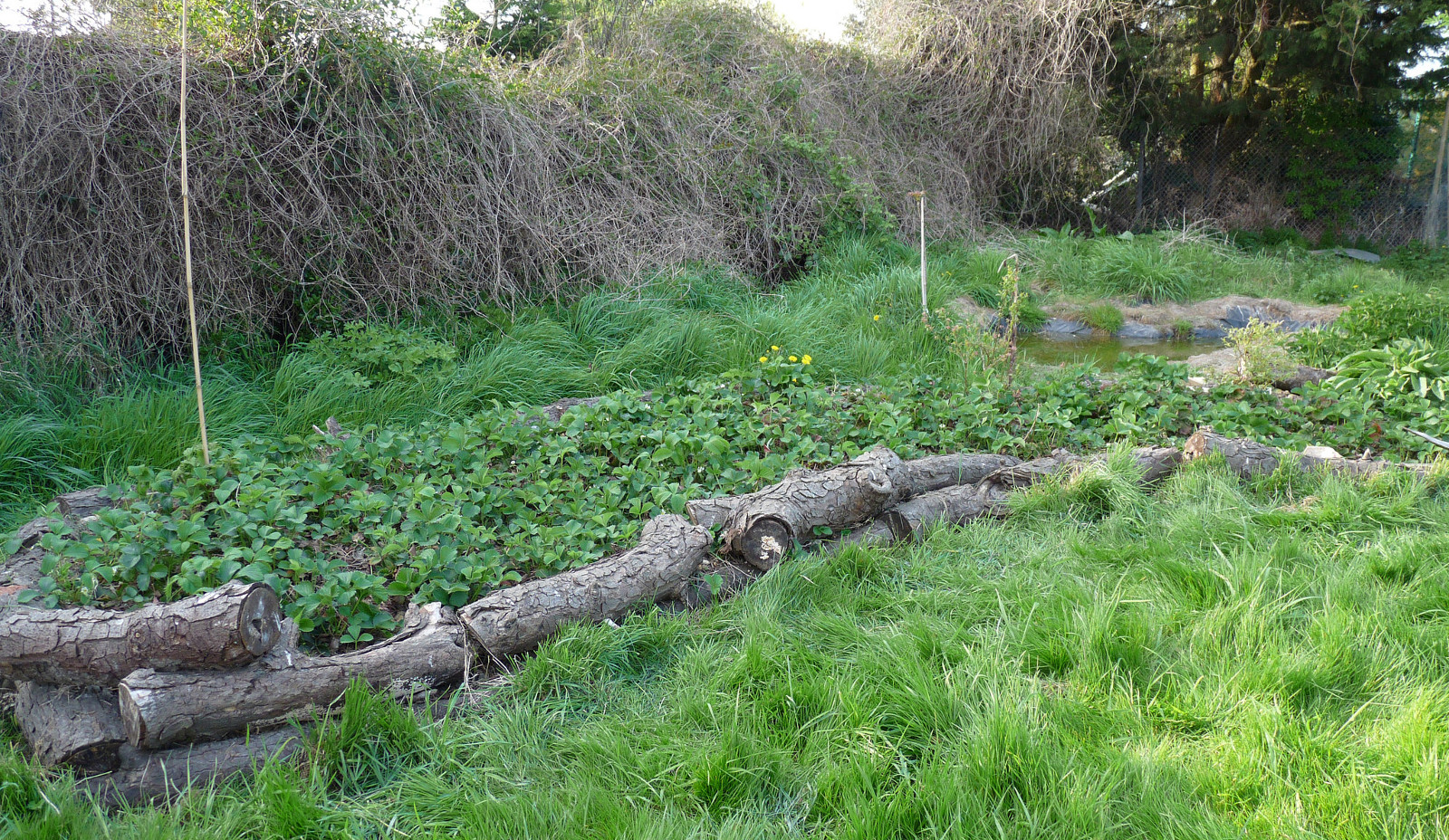 Today, in the age of permaculture and the reinvigorating force of home food production, hugelkultur or “mound culture” can be a great way to increase the fertility of your garden. This mode of gardening comes with benefits galore. Not only is it great for capturing all-natural nutrients, but it’s also a great use of yard and garden debris, a good means for saving water on irrigation needs, a convenient garden for those not into bending over too much, a fine fulfillment of the oft-sought “well-draining soil,” and a funky addition to any home garden.

What is a Hugelkultur? 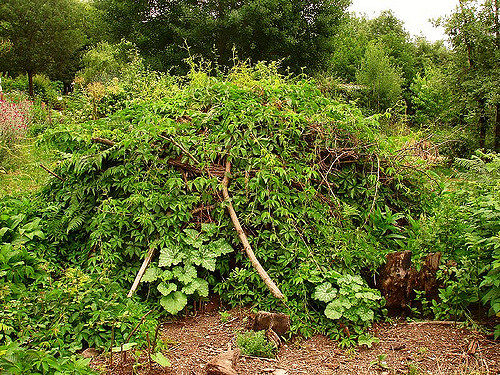 A hugelkultur is a super fertile garden hill. It begins with large circumference wood, such as tree trunks, rotten fire logs, or large limbs, which will form the long-standing, steadily degrading interior of the mound. Encasing these are smaller branches and twigs, all together forming a large tunnel of wooden biomass. Nitrogen-rich elements — fresh grass clippings, kitchen waste, manure, compost — and leaf litter fill the cracks between pieces of wood, and these components act as a catalyst for quicker decomposition of the woody materials. This gets a good coating of quality soil, and from within, the materials slowly breakdown, feeding the crops atop them for years to come.

What Do You Need?

Firstly, a willing gardener will need sufficient space. An average sized hugelkultur is roughly a three-feet wide, a six-feet long, and at least a couple of feet (likely more) high. It’s also a good idea to have a small walking path around the mound so that it can be harvested without climbing on it, which compacts the soil, a real gardening no-no.

With the right space available, the next goal will be to acquire biomass for constructing the interior of the mound. A fallen tree is a great excuse and way to start, as is a cord of unused firewood (possibly cheaply or freely obtained), or pruned tree material, often available for nothing from companies that do this. NOTE: Try to avoid allelopathic woods, such as black walnut.

Once the wood is gathered, it’ll be important to find a nitrogen booster. Fresh grass clippings (poach from the neighbors) and unseasoned compost work well also. For once, we have permission to be impatient with compost and simply bury it.

The outer crust of the mound will consist of a layer of good soil, part of which can be acquired by skimming it from the surface of where the mound will be, followed by a thick coating of mulch material. Straw makes great mulch, as do shredded leaves, seedless hay, wood shavings, and husks of various plants, seeds and so on.

How to Put it all Together?

The preparation begins by cutting the grass, weeds or whatever from the area, saving it all for nitrogen component later. Dig away the topsoil, as much as possible, usually about a foot deep, putting it in a pile to be re-applied later.

The center core, or bottom, of the mound should consist of the largest pieces of wood. They will likely last for years, providing consistent fertilizer as they break down from within. The outer area of the core should be smaller branches and twigs, moving from largest inside to smallest. Once in place, these should be soaked with a good lot of water.

With the wooden elements sufficiently saturated, it’s time to begin stuffing the cracks and crevices with nitrogen-rich material and leaf litter (it works better if shredded first) from the yard. Don’t forget to include whatever grass, weeds, and green material was removed in clearing the space. Pack it all in nice and snug.

Finally, top the whole thing with a couple of inches of quality soil, of which most or all will have been attained when preparing the space to be hugel-ized. And, as should be the case with any soil, this should be mulched to protect it from wind and water erosion, drying out in the sun, and other soil damaging occurrences.

Hugelkultur can be planted on immediately, but they really begin hitting their stride after “curing” for about six months, at which time things inside will be well into decomposition.

Have you tried using this method? Tell us about it in the comments!