How to Easily Forage Chickweed – and Why You Should! 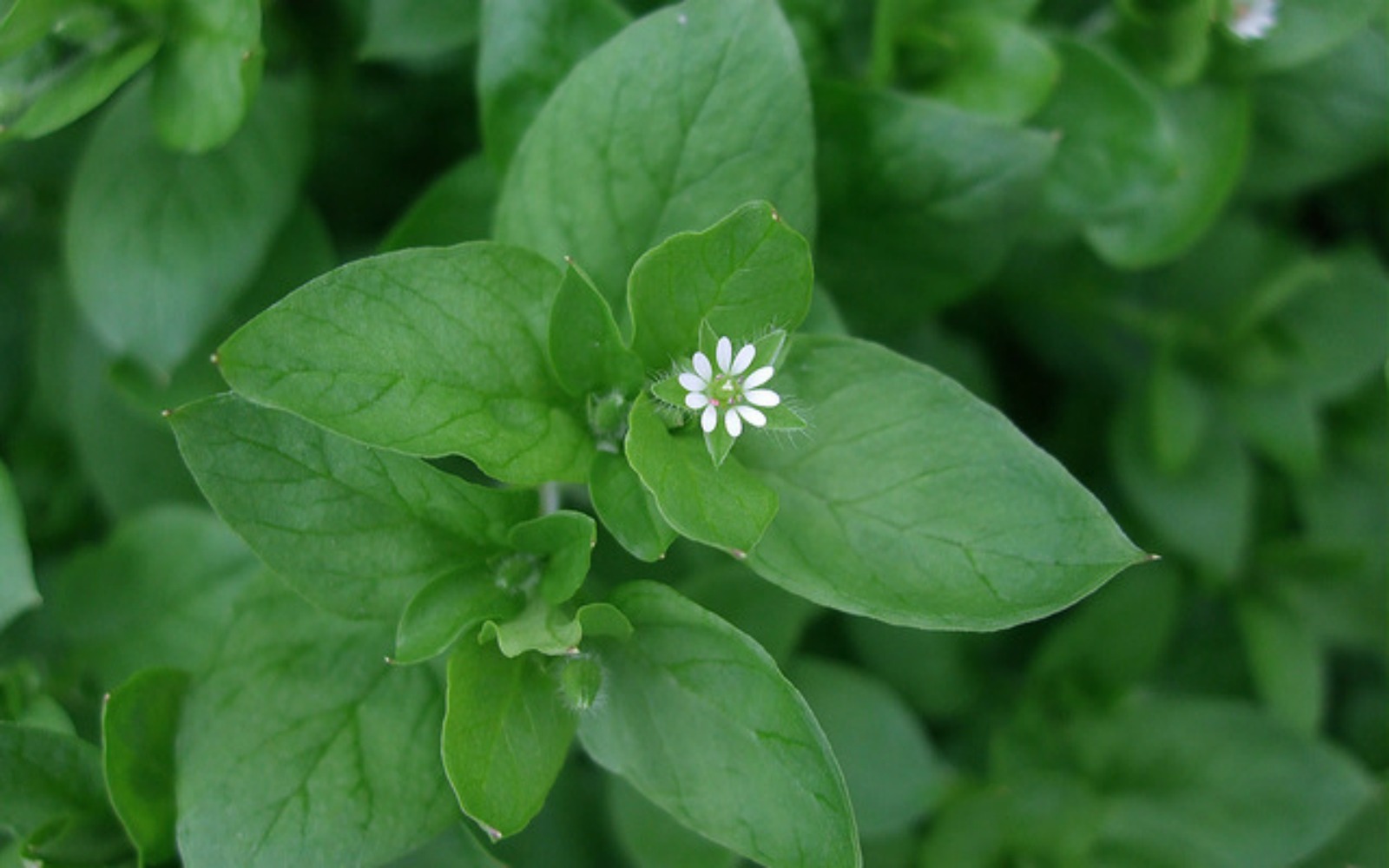 Foraging is quickly becoming a beloved pastime for those interested in providing their own food and being in touch with natural systems. However, as beginning foragers, the world of wild edibles sometimes seems a little intimidating: Eat this and you’ll get amazing nutrition, but eat this, which looks extremely similar, and you’ll poison yourself. Seriously, could anything be less encouraging? 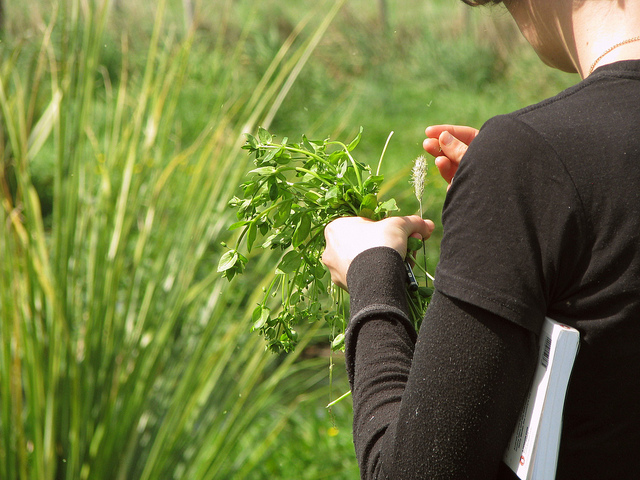 Well, not to belittle the idea that there are toxic plants out there, but the fact of the matter is that it’s fairly easy to become familiar with a few safe varieties, getting to know them well before slowly amassing a repertoire of foraged edibles. Most of us interested in this sort of thing are familiar with some edibles from the yard, such as dandelion, but there are some other easily identifiable forage foods as well.

Chickweed, aka Stellaria media, is another great option, much tastier than dandelion but still loaded with nutrients.

Hated as a “Weed”

Like many other wild edibles, chickweed is often detested, especially by gardeners, as a weed. In temperate climates, like the entirety of the U.S., chickweed is a persistent grower that pops up wherever soils are exposed, such as freshly tilled ground. For those trying to grow something else, this can be a little frustrating; however, chickweed is only doing what comes naturally to it. Chickweed, like most weeds, readily appears when natural systems are at risk. In the case of bare soil, erosion is a real possibility, so chickweed comes in as a groundcover to prevent that. 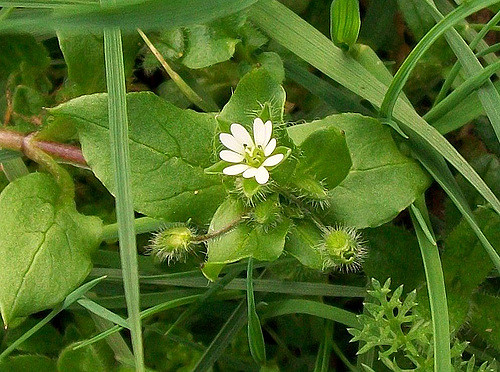 Without a doubt, when foraging, it’s important to know what you are about to eat, and though chickweed is pretty easy to identify, even for beginners, there are some important characteristics to check for to be 100 percent safe. Generally, chickweed grows close to the ground, spreading out in patches rather than growing up. It has leaves that grow in opposing pairs, and each pair moves a quarter of a turn from the previous pair. Its flowers are white, with five indented petals, making it appear as if it has ten petals. And, one of the best things about chickweed is that it can tolerate a bit of cold, so it is one of the only available in early spring. It is often in yards, but the best spot to find it is along shady forest edges.

But Beware of Lookalikes

Then, there are two characteristics that are really important. Chickweeds do not exude a milky sap when their stem is broken, and the stem has a line of fine hair down one side. This is important because there are two lookalikes: scarlet pimpernel and spurge. The good news is that neither is likely to cause many problems unless they are eaten in huge abundance. Scarlet pimpernel looks more like chickweed but doesn’t have hair on its stem and its flowers have five petals that look like five petals, not ten. Spurge looks less like chickweed, but it exudes a milky substance from its stem and its leaves are parallel rather than perpendicular. Mouse-eared chickweed is another lookalike, but it is also edible and delicious.

As is the case with dandelion and lots of other foraged plants, chickweed is pretty noteworthy in the nutrition it brings to the table (somewhat ironic that gardeners are trying to get rid of it). It has lots of vitamin C, chlorophyll, and minerals, but unlike many wild plants, chickweed has a pleasingly mild flavor. It’s also been used for centuries as a medicinal plant, good for a cooling effect that can help with treating coughs on the inside and skin inflammation on the outside. 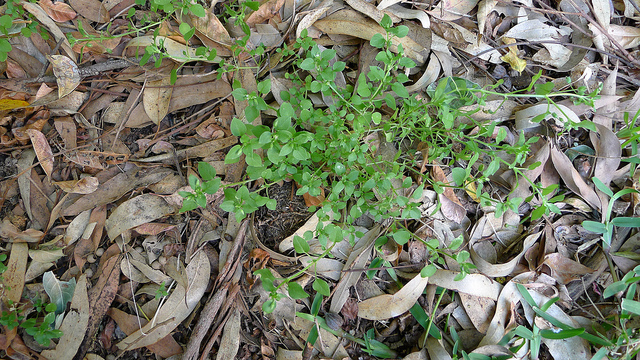 Chickweed, though very common, is a rare wild edible in that it begs to be eaten raw. Its flavor is slightly sweet and mild, so it works wonderfully on sandwiches and in salads. It can pair well with fruit and fruit-dressings, much like basil does, and it can be used much like sprouts would be. It can be cooked as well, but it isn’t super hardy and should only be included at the end of the heat. In other words, it can add a fresh smile to a stir-fry, some zip to sautéed mushrooms, and a little color (and nutrition) to tofu scramble.

Honestly, this edible is a pretty safe one to get into, and just to provide one more this-wild-edible-is-better-than-others gush, chickweed can more or less be eaten indefinitely. Many other wild edibles have oxalic acid, which shouldn’t just be consumed constantly, but chickweed is mild and agreeable to our stomachs. In other words, get out in the yard, go out in the woods, and start foraging for chickweed.