How to Forage and Use Violets! 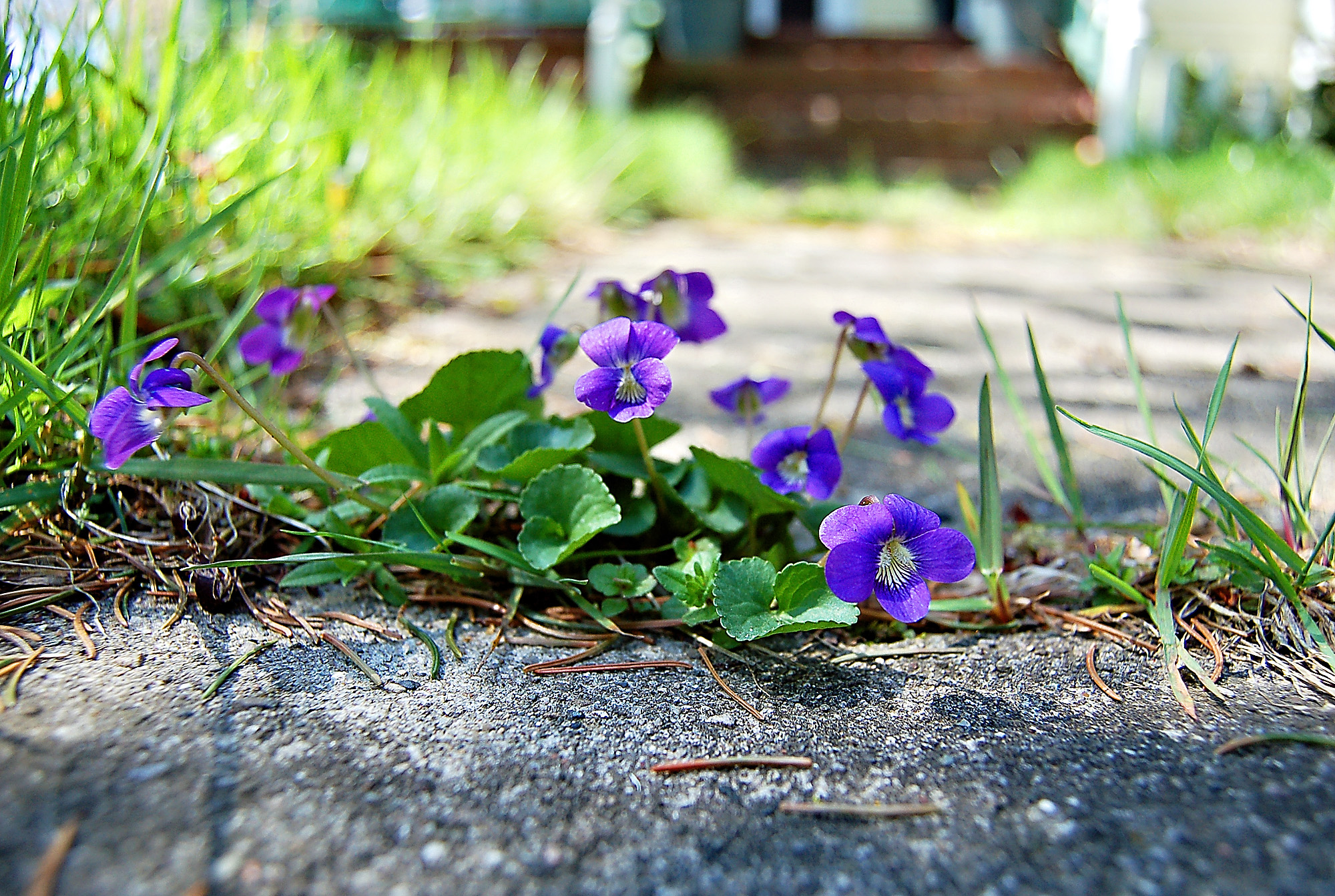 It’s important to note from the get go that, when foraging for violets, we want to look for wild violets rather than the African violets that often appear in cultivated flower gardens. African violets, which are not actually violas, are not edible, but wild violets are delicious and easy to find. Both the flowers and leaves of the wild violet are good to eat.

Like many wild edibles, such as dandelion, wood sorrel and chickweed, wild violets are often considered weeds and pulled out of gardens. However, they are actually highly nutritious, have a mild flavor (unlike many other wild edibles) and are a truly attractive groundcover plant. Plus, they don’t take any effort to cultivate. They just show up year after year.

For those who are interested in foraging, violets are a great place to start. They are easy to identify, so much so that people with conventional lawns often battle them, and they are pretty ubiquitous throughout mainland United States on into Canada.

What Are Wild Violets?

More or less, what is referred to as the wild violet is the sweet violet (in Europe), or Viola odorata, and the common blue violet (in the US), or Viola sororia sororia. These are low-lying plants that tend to grow in lawns, specifically in shady spots with rich soil.

In reality, all members of the viola family, which includes (actual) violets, violas and pansies have edible leaves and edible flowers; however, there are many flowers called “violets” based on color rather than actually taxonomy.

Sweet and common blue violets have heart-shaped leaves that get to be about two inches across and have rounded teeth along their sides. The plants put out purple blooms in early spring and are usually amongst the first flowers seen. They also have a second, lower, more inconspicuous (and petal-less) flowers that handles pollination later in the season.

Wild violets are likely to come up in lawns, as well as parks and alongside walking paths. In other words, they tend to hang out where people do. Rather than spreading by seed, they sprawl naturally via rhizomes (root-like stems, a la ginger and turmeric).

How to Eat Violet Leaves

Violet leaves are plentiful, and they are notably mild in flavor, never getting the bitterness that many other wild edibles get. They grow in similar locations and shapes as garlic mustard, another weedy and wild edible, but they don’t have the distinctive aroma.

The leaves are best when harvested when they still have a little curly to them. They can be used raw in salads, along with the flowers for some added flash, or they can be steamed or sautéed to include in stir-fries and similar dishes.

The leaves are noteworthy for the slightly mucilaginous texture, a tamed version similar to okra or soaked chia seeds. This trait makes them a good addition for thickening up soups and sauces, and this texture is good for helping to clean out our digestive systems. This aids in regularity, working sort of like a laxative.

How to Eat Violet Flowers

For those that enjoy edible flowers, violet flowers are amongst the most common we use. They are frequently included in edible flower mixes that have cultivated varieties, and wild violets are equally edible and pleasant to see on a plate. As mentioned before, the colorful top blooms can be tossed into early spring salads raw, adding some vitamin C and flare.

The other thing violet flowers are used for, particularly the sweet violet, is as a desert element. They can be candied, or they are often used to infuse homemade syrup. The leaves and the flowers can be used to make teas, too. 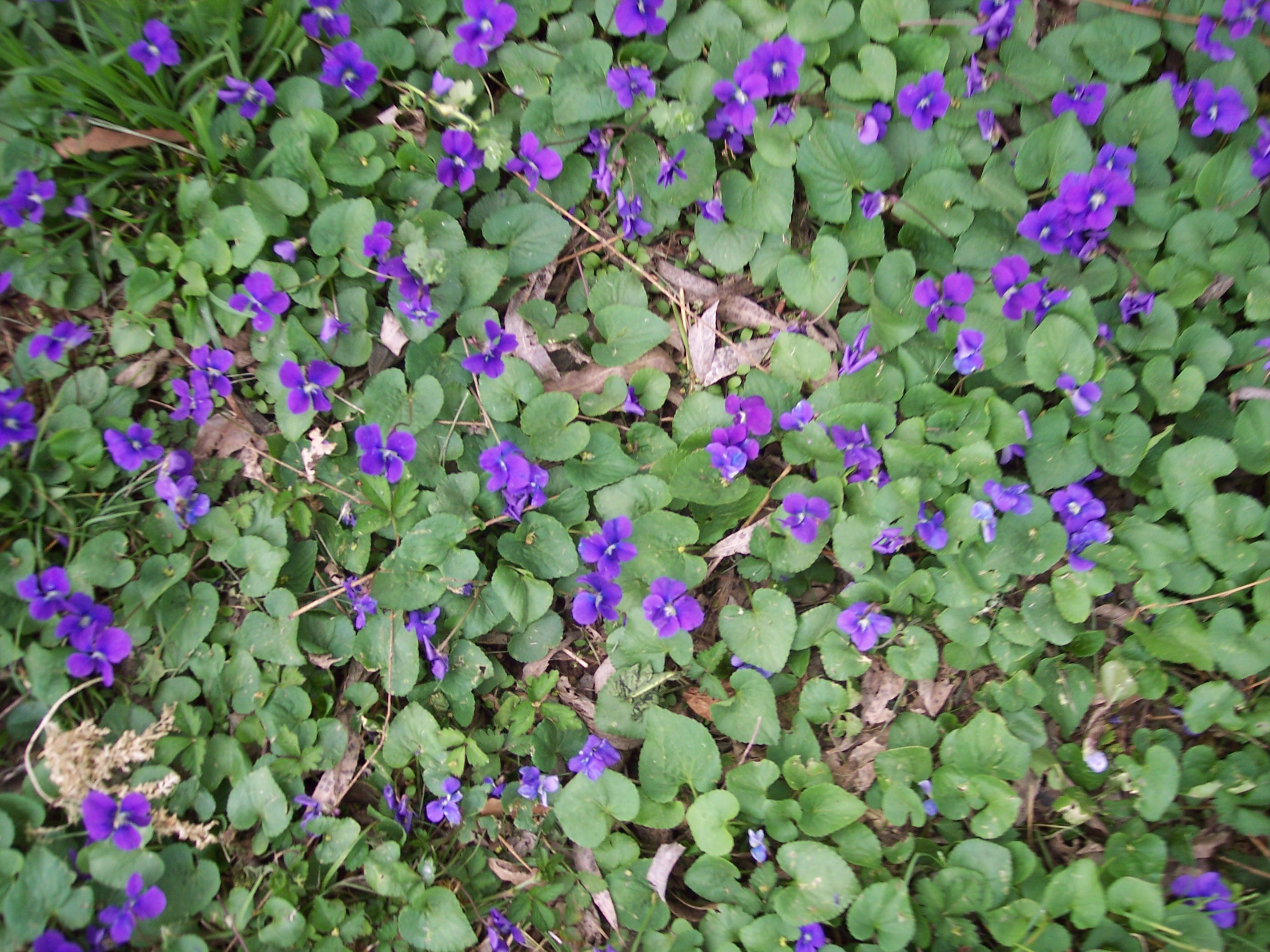 Many wild edibles, violets included, are wildly nutritious but must be eaten in moderation. For example, sorrel has high levels of oxalic acid, similar to spinach, thus must not be consumed in abundance. Violets have a compound called saponin (the same kind of compound that makes soap foamy), which can potentially upset the stomach if eaten lavishly. That said, saponin, found in peas, yams, quinoa and other common foods, does have plenty of beneficial elements as well, so don’t shy away from eating violets because of that.

Always consult several sources when becoming familiar with a wild food, checking and triple-checking before consuming the plant. Articles like this are meant to open the door to these possibilities, but they are not a substitute for due diligence on the forager’s part. Furthermore, it’s important to never forage in places where chemicals have likely been used.