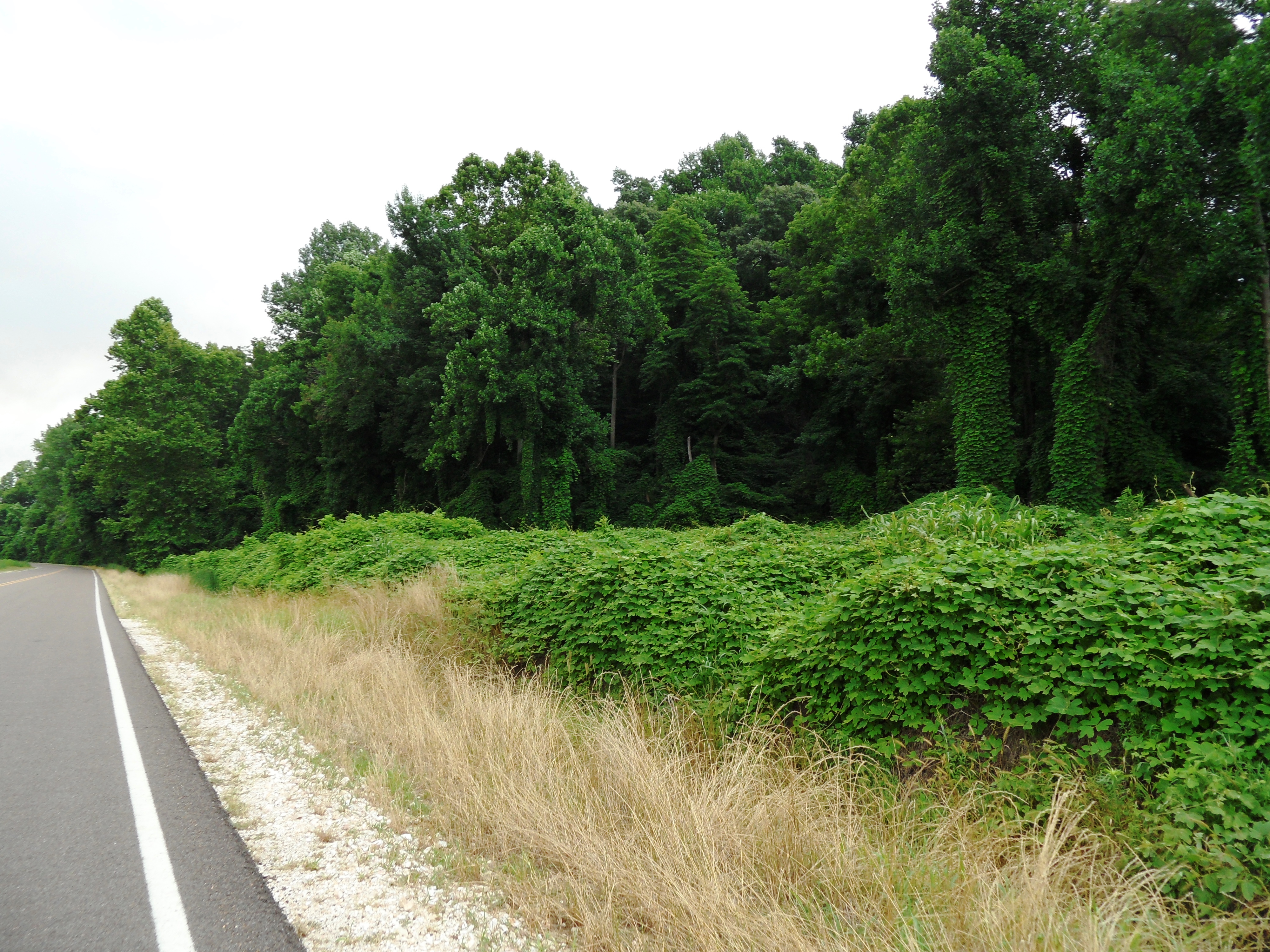 Like the term weeds, which modern gardeners bandy with little pause, “invasives” are often considered a massive problem in the plant kingdom. Whether herbs popping up in fields, vines strangling forests at roadside edges, or trees sowing themselves into thickets, an entire collection of plants have been labelled undesirable because they grow prolifically.

But, things are never really that cut and dry. Some of the most seemingly irreparable invasive species are actually very useful plants. Many are edible. Others are nitrogen-fixing plants that provide fertility for the surrounding plants. Even more are pioneering plants that appear in damaged landscapes to repair them and start the forest anew.

In truth, those damaged landscapes are where the complexity of so-called invasive species gets very hard to swallow. Invasive plants haven’t and aren’t doing anything wrong. Humans are.

A Study in Kudzu

Drive along a highway in northern Mississippi, and the forest disappears beneath a blanket of kudzu. It’s stifling. Once the infamous plant gets a foothold, it will fill every space made available to it. However, what isn’t so apparent from the car window is that the notorious plant credited with taking over the south doesn’t grow into the forest.

First of all, kudzu was brought to the US from Asia in the late 1800s by humans. It wasn’t as if the plant sailed the seas to root anew in the country and take it over. By the 1930s, people were cultivating it enthusiastically, and a few decades following—after a push by an aggressive government marketing scheme—it had gone rampant along the highways. Kudzu began to instill fear into the hearts of Southerners. Legends of snake dens and the ability of the plant to take over small cities were taken with utmost seriousness.

While it continues to carry a negative reputation these days, it wasn’t always thought of in such a way, and it’s not really a fair assessment. Scientists have discovered that kudzu hasn’t, in fact, engulfed millions of acres of forest but only about 227,000 acres (less than a fifth of the size of Atlanta). The truth is that kudzu grows best—as do most invasives—where native plants have already been cleared, such as along roadsides. Once the sun disappears beneath the forest canopy, it rarely takes root.

Contrary to its reputation, kudzu is edible and highly nutritious. Everything from the leaves to the flowers to the tips to the roots are edible. We just haven’t taken advantage. It’s actually a staple food in Japan. It’s also great fodder food for animals. Goats and cattle will absolutely feast on kudzu, but they aren’t allowed to graze roadsides where we see most of it. It also fixes nitrogen into the soil, which acts as a fertilizer. In other words, kudzu—the country’s most notorious invasive—could actually be a very useful plant if it weren’t just poisoned and despised. 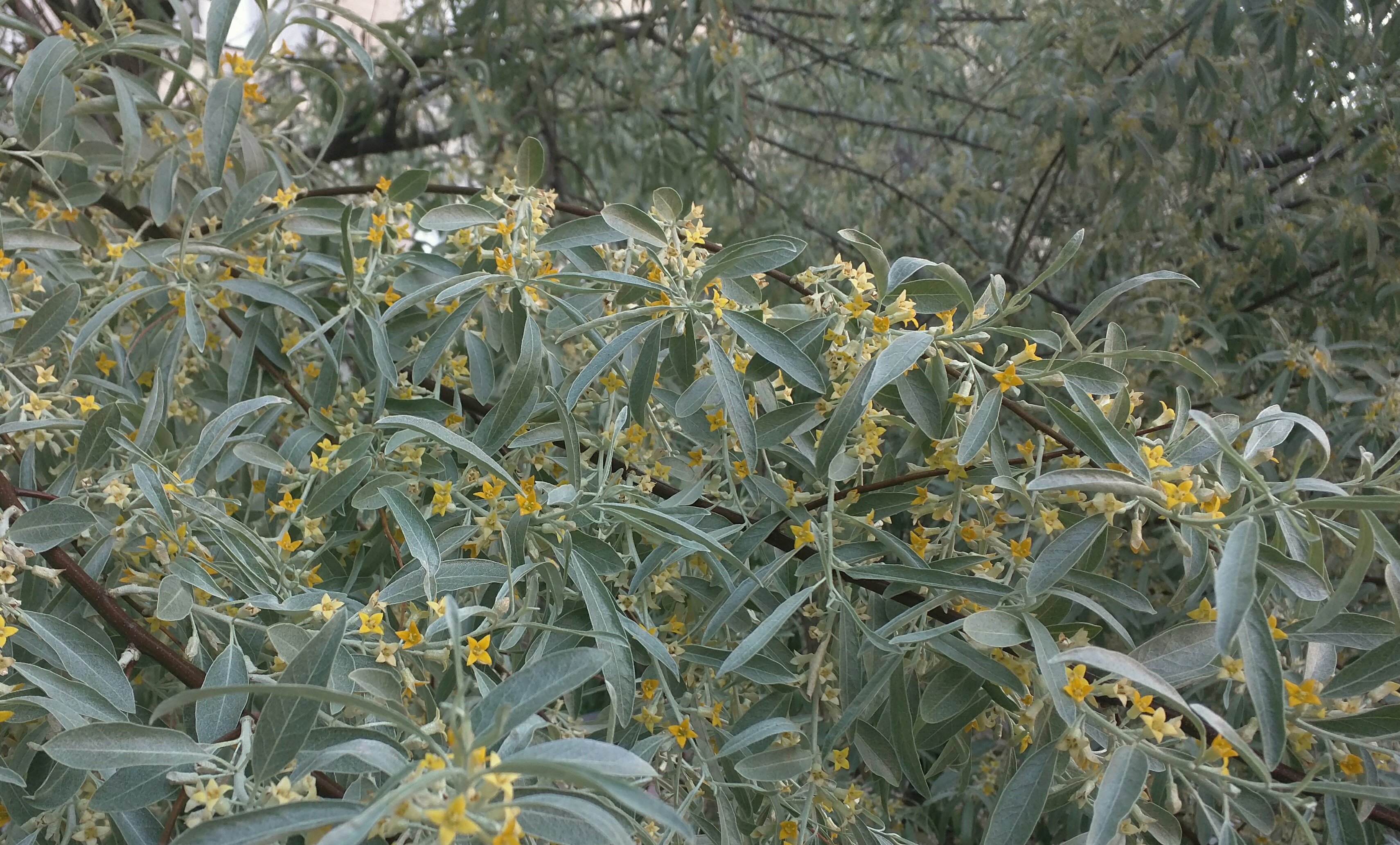 Some Trouble with Perception

There are several lessons we can draw from kudzu. Humans are at the root of all invasive plant species present anywhere. Not only did humans bring kudzu to the US, but they cultivated and planted it all over the South. That’s why it appears to have taken over: Humans encouraged it to do so. What’s more is that many other “invasives”, such as wild roses (edible and medicinal) and privet (a commonly cultivated hedge plant), have covered multiple times more acreage than kudzu.

Humans, by and large, are also responsible for creating the most accommodating conditions for vigorous plants to take over. It’s primarily where nature has been distorted, likely cleared away, that invasives take hold. It’s no accident that kudzu grows along highways. That’s where it can get sunshine and avoid grazing animals. Similarly, invasive trees, such as the mimosa (edible flowers and leaves) and Russian olive (edible berries and nitrogen-fixing), will grow densely in open spaces or along forest edges. However, they need the sun and will not grow inside forests.

Also, there are native plants sometimes considered invasive. Though extraordinarily useful as long-lasting and strong lumber, black locust has a horrible reputation in some states. It also has the reputation as the wood that built the United States. It fixes nitrogen into the ground, is amongst the best firewood a person can burn, makes great honey (if you are into that) and has delicious flowers to boot. In other words, how can something so useful be invasive, yet we manage to threaten forests and other valuable resources worldwide?

The Sad Truth about Invasive Plants

The sad truth is that invasive plants are often so pervasive because humans have introduced them, created the ideal spaces for them to grow and failed to utilize them for the many values they often bring. Instead, we’ve come to villainize plants that are simply performing their natural function. Typically, once they hit a healthy, established ecosystem, they can’t find a niche in which to grow.

Frankly put, they are invading the spaces where we have waged war on nature, and they—as is usually the duty of fast-growing, wide-spreading plants—are often doing their best to reestablish forests and prairies. The notion of invasiveness and even nativeness within plants is a human construct. Ecosystems don’t play favorites that way.