The Mimosa Tree: A Multipurpose Addition to the Home-Grown Food Forest 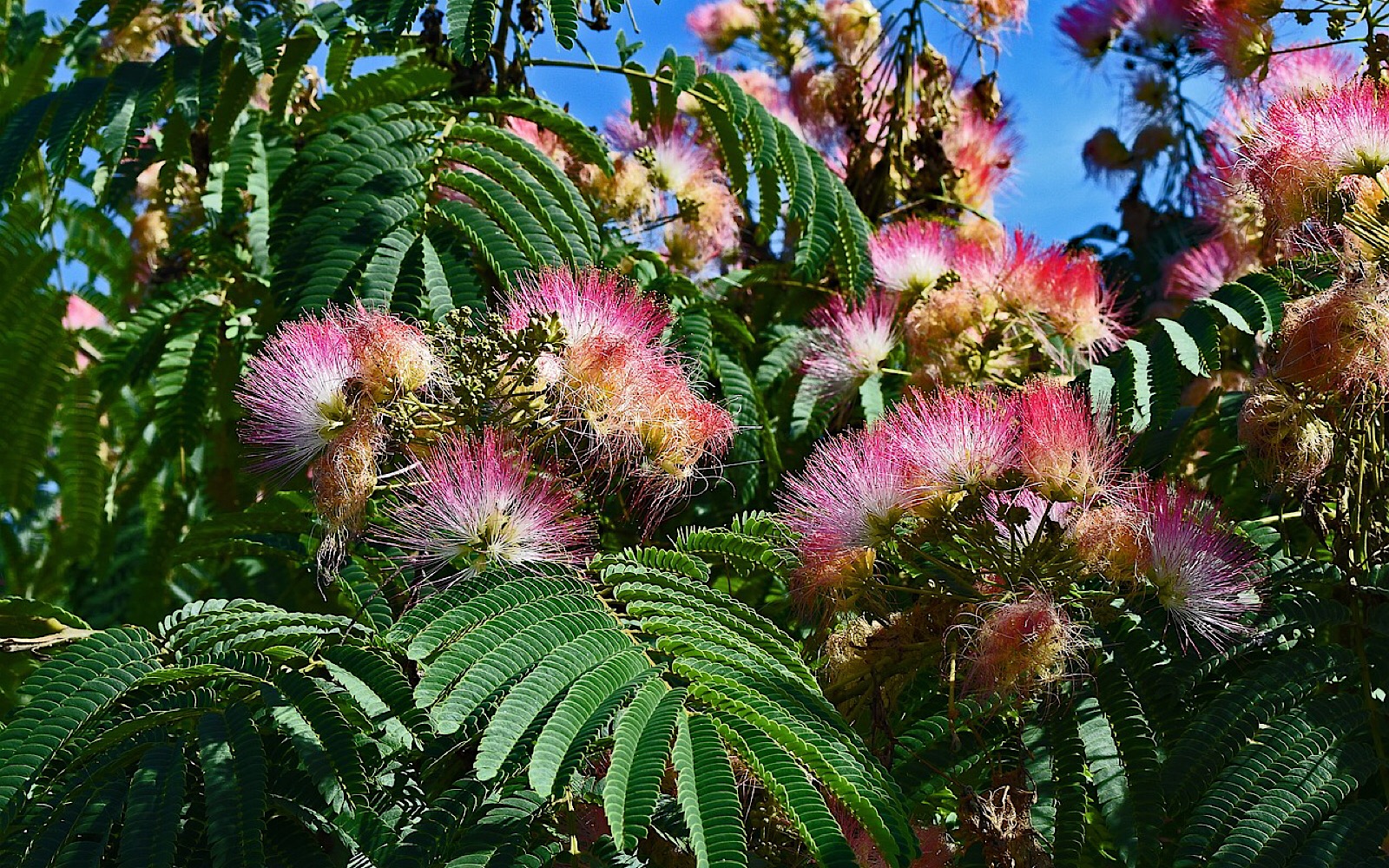 Any brunch lover will immediately identify the word “mimosa” with champagne and orange juice, but for garden lovers, the situation can be a little different. Mimosa trees, otherwise known as Persian silk trees and officially known as Albizia julibrissin, are beloved ornamental trees because they have beautiful pink pom-pom flowers with an amazing fragrance. Even their foliage, somewhat fern-like, is worthy of a second glance.

But, there is a lot more to mimosa trees than just their beauty and sweet-smelling blossoms. These trees are native to North Africa, Asia, and the Middle East, but they have been in the United States since, well, before it was the United States, circa 1745. Though they came over as an exotic ornamental, they have since become fairly naturalized, some would say overly so. And, they have also proven to be much more valuable than eye candy.

Mimosa trees have a lot of practical uses as well.

They are nitrogen-fixing legumes.

In the practice of permaculture, people always have their eyes out for nitrogen-fixing legumes, and mimosa trees are exactly this. The reason nitrogen-fixing trees are so sought after is that they take nitrogen from the air and put it into the soil for other plants to use. This nitrogen functions like a natural fertilizer, helping the other trees to thrive. This kind of tree is sometimes referred to as a support species.

Mimosa trees aren’t huge. They only reach about 20-30 feet tall and wide, and they are particularly renowned for getting there quickly, putting on two or more feet a year. Fast-growing trees make for good garden contributors for new patches because they add some foliage, flowers, and height as other trees take their time getting established. 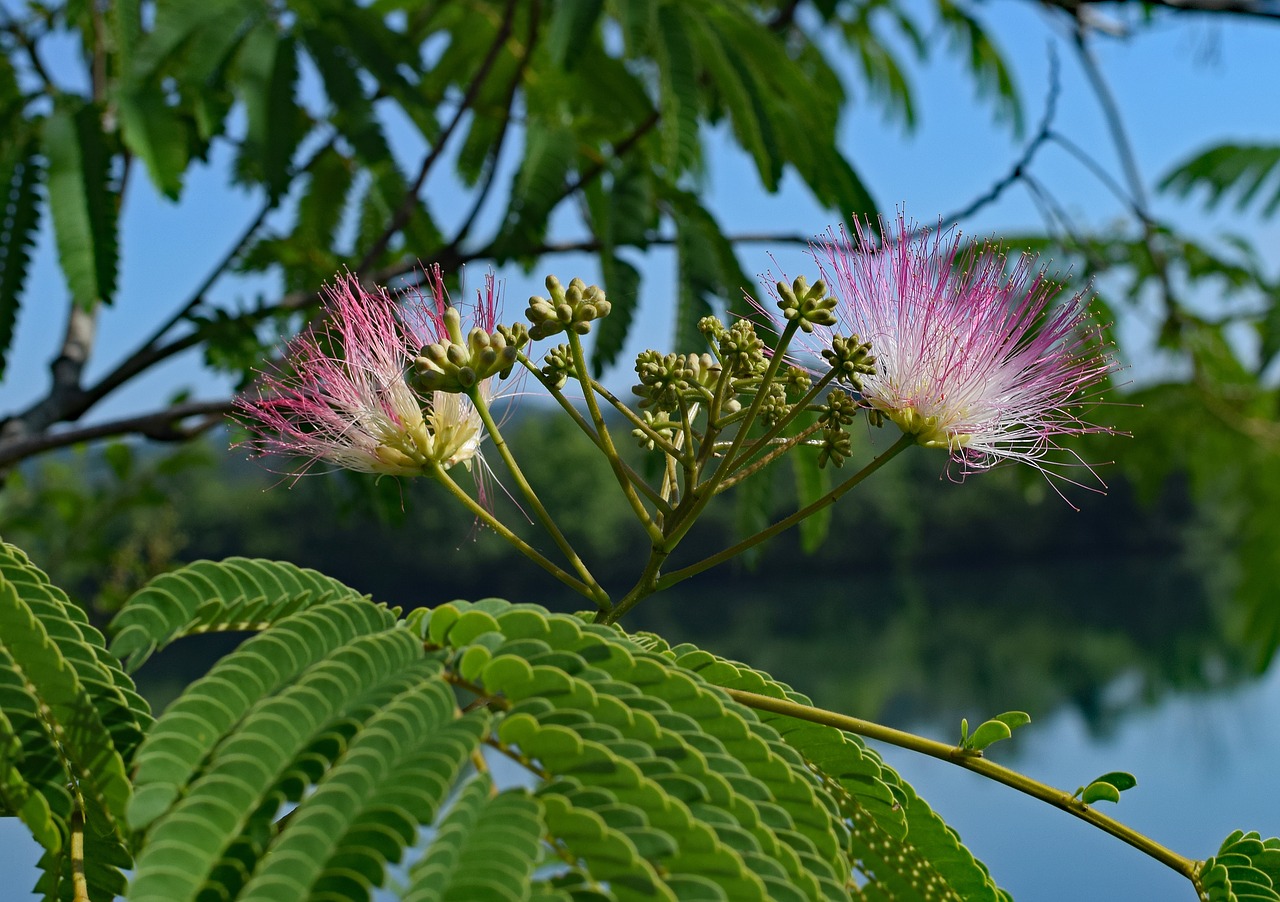 Mimosa trees attract a lot of insects. With such enticing flowers, it’s no wonder. Bees and butterflies like to hang around mimosa trees, which means that they’ll be happy to set up in the garden and help pollinate other plants. Plus, the bright and buzzing insects are something else lovely to have around, and we need to be helping our pollinators on a planetary level.

They have edible parts.

Though “legumes” brings about thoughts of peas or beans, this is not the case with eating from mimosa trees. Though they have pods with beans in them, the edibility of those is, at best, questionable. The flowers however can be used like vegetables, and the young leaves can be eaten as pot vegetables in soups and stews.

The bark is medicinal.

Utilized in Chinese medicine, the bark of the mimosa tree is commonly prescribed in Chinese medicine. It is used as a spiritual cleanser, good for helping with depression and irritability, as well as insomnia. It’s also known to help with skin disorders and to provide a topical anesthesia-esque effect for skin irritations.

They are easy to grow. 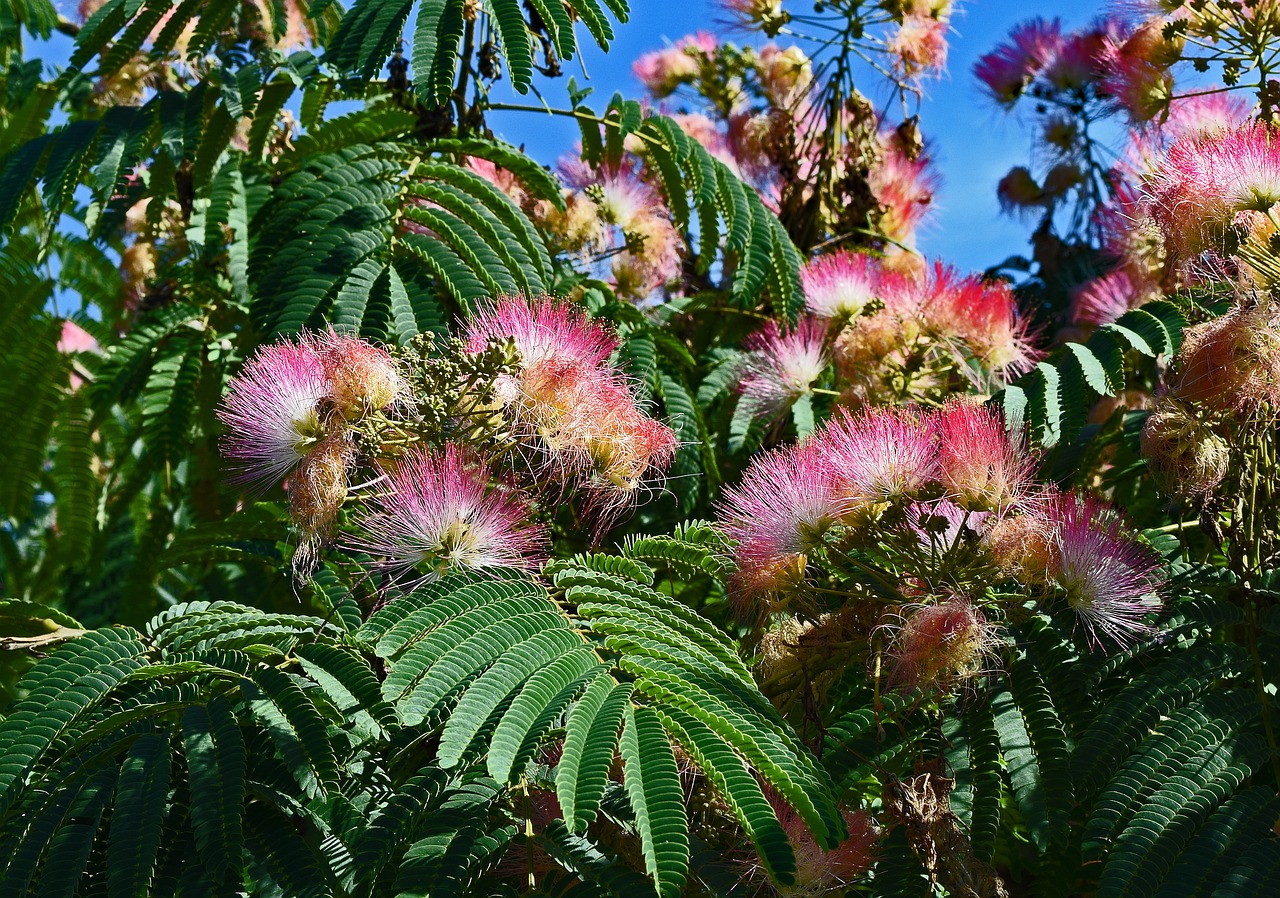 Mimosa trees are very easy to grow, so much so that they — like many other nitrogen-fixing legumes — are often put on invasive species list. This is also because they tolerate most soils, drought, and summer swelter. The problem is that each tree produces hundreds of seed pods every year, each with half a dozen or more seeds. If not maintained by cutting down the young sprouts consistently, mimosa trees are good at spreading themselves around.

They can be coppiced.

Some trees have the ability to be cut down and sprout anew from the existing stump, and mimosas are one of these trees. What makes this useful is two things: They can be cut and the foliage dropped to act as nutrient-rich mulch for the garden, or they can be periodically cut to be used as firewood. Then, they grow back without planting a new tree.

Lastly, the mimosa tree, in all its splendor, also puts out a fantastic dappled shade that keeps the sun at bay without totally blocking it out. This makes it a wonderful tree for picnicking beneath on a summer’s day. They are trees that are hard not to like.