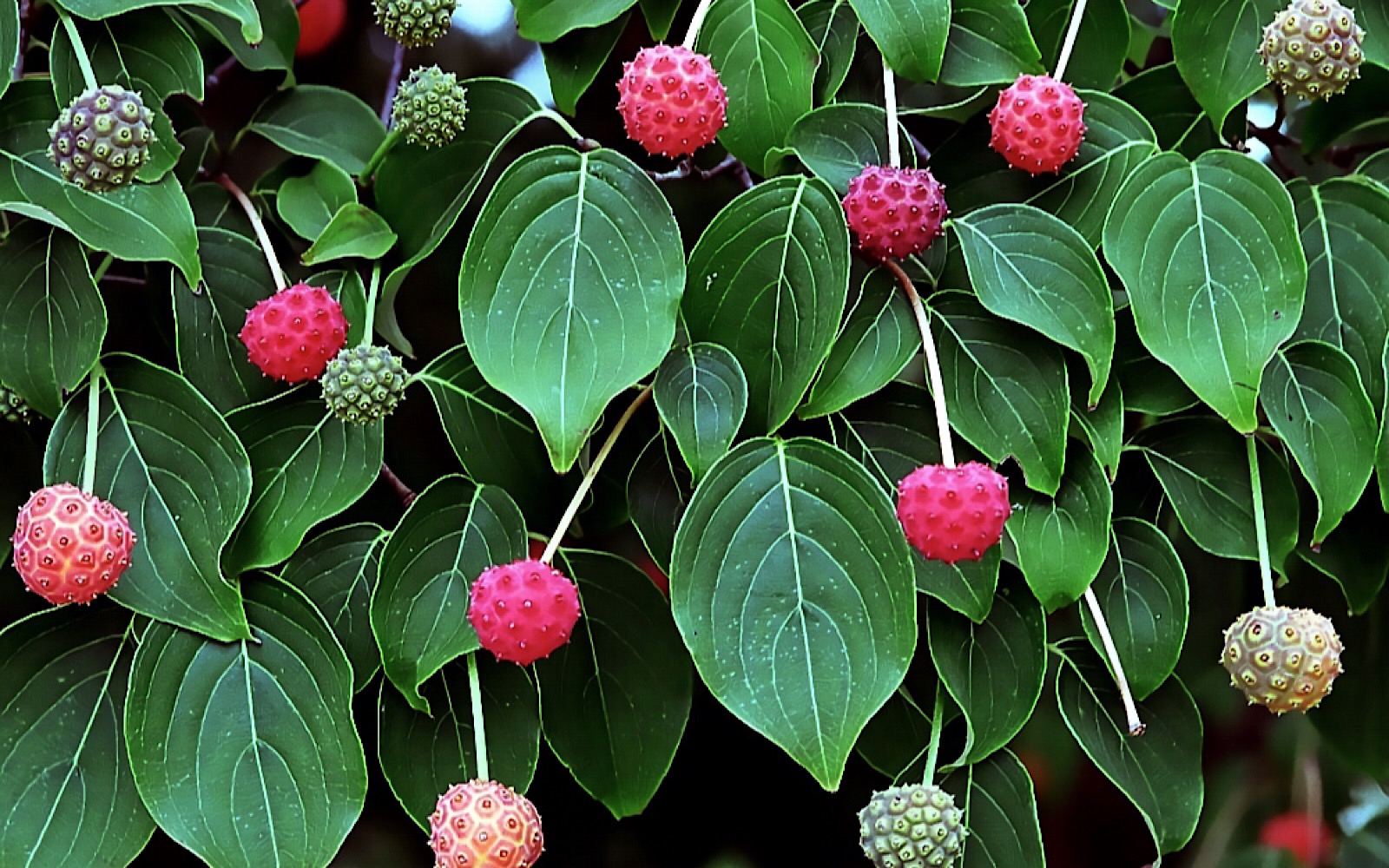 Trees are wonderful additions to any garden, and this is particularly the case when they provide something to eat. Ornamental trees aren’t always revered for the food they provide, but many of them do have edible components. When this is the case, gardeners can select trees that are considered both beautiful, though some would say all trees are so, and productive.

Trees can be ornamental choices for many different reasons: leaf shape, autumn colors, stunning flowers, growth patterns, or even the bark. Well, the edible parts of trees can be just as diverse: most of the time we think of edible trees as fruit or nut trees, which are gorgeous in their own right, but there are trees with edible leaves, edible flowers, and edible pods as well.

The short and simple of it is that there are plenty of species of ornamental trees to plant in the yard, so why not choose one that provides something to eat as well? 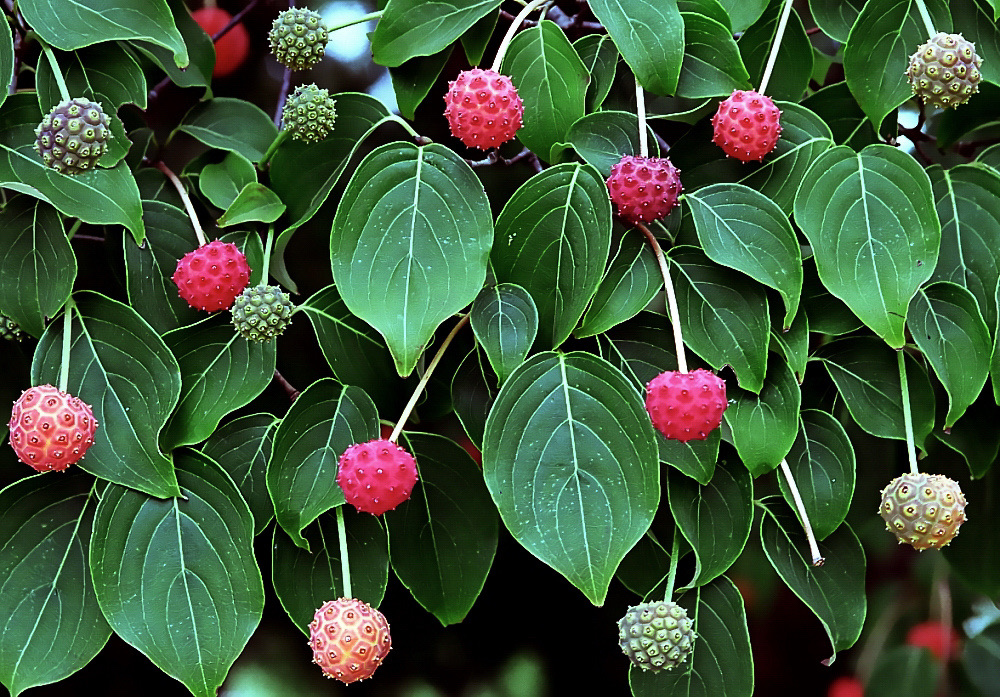 Often referred to as the Korean dogwood or Japanese dogwood, the Kousa dogwood is a superstar in the garden. It has branches full of longstanding flowers in the springtime, a bevy of delicious bite-sized fruits in the late summer, and knockout foliage for the fall.

Seriously, what’s not to like? They are relatively small trees, around 25-35 feet high, that should fit nicely in most suburban lawns. Plus, the fruit is really tasty, with a tropical hint of peach and banana. 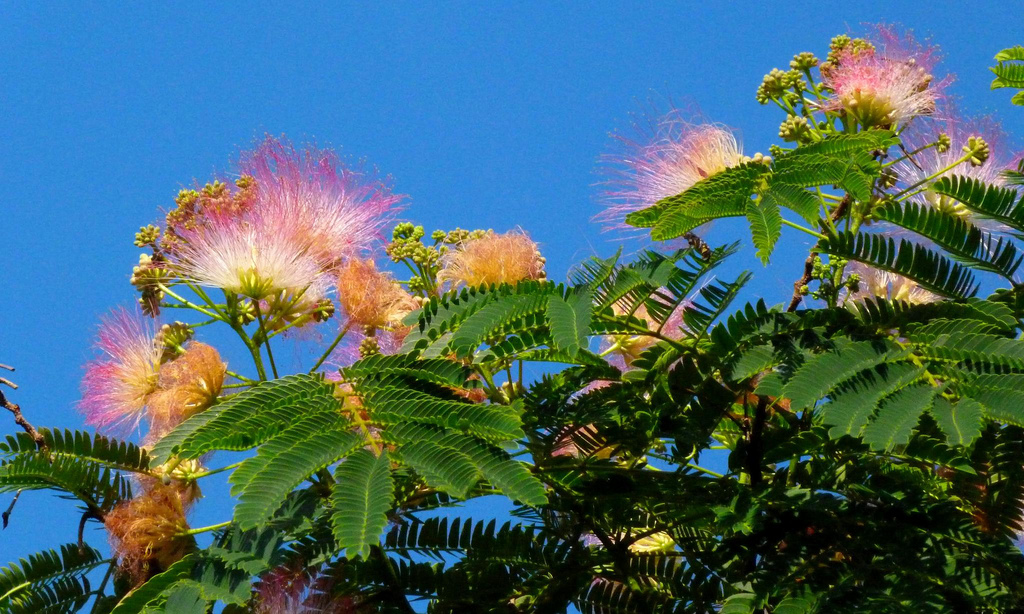 These trees are sometimes considered invasive, and they are also known to be a little fragile. However, they have great qualities as well: lovely pink pom-pom flowers that release an alluring fragrance, feathery fern-like foliage, nitrogen-fixing qualities (enriching soil for other plants), and quick growth rates.

And, of course, mimosa trees, sometimes referred to as Persian silk trees, have edible components. The young leaves can be cooked as a pot vegetable, and the flowers can be treated like a vegetable. The pods, however, are not edible. 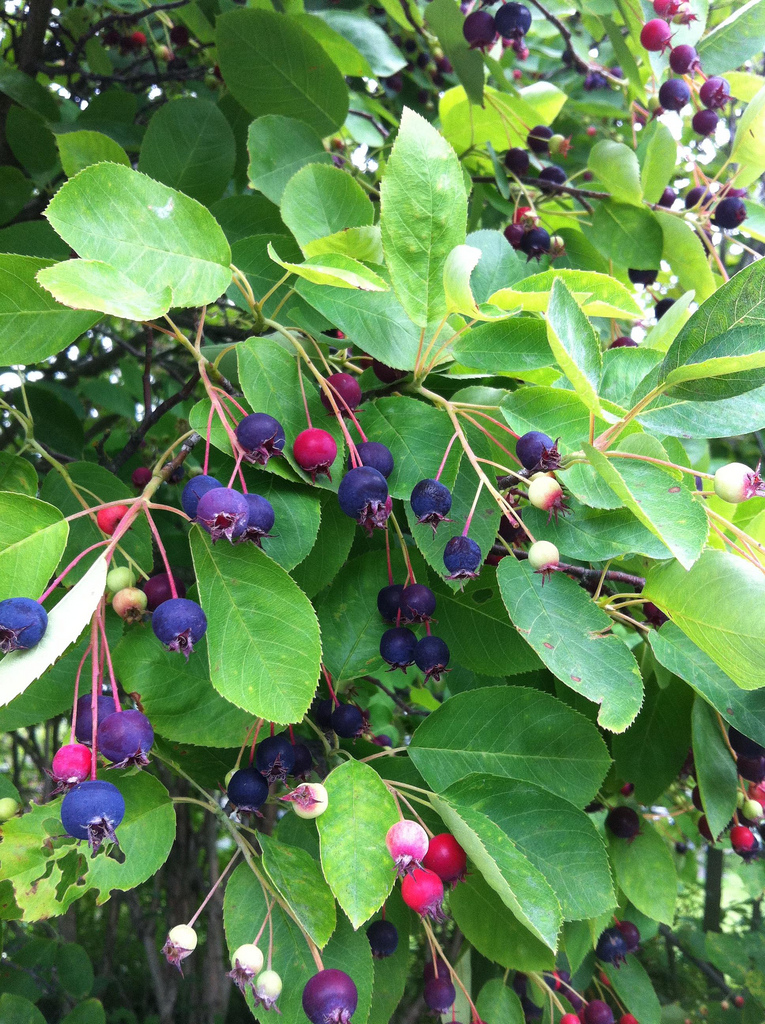 Part of the Amelanchier genus, the juneberry tree and its cousins go by several different names, which all seem to get jumbled up. Juneberries are a type of serviceberry, and they are sometimes called shadbush, sugarplum or saskatoon. Whatever the name, they have pretty flowers, tasty fruits, richly-colored leaves, and notable bark for the winter.

As the name suggests, the fruit is something like a berry. It is much-beloved by birds, so it will likely require protection if gardeners are going to get much of a snack. 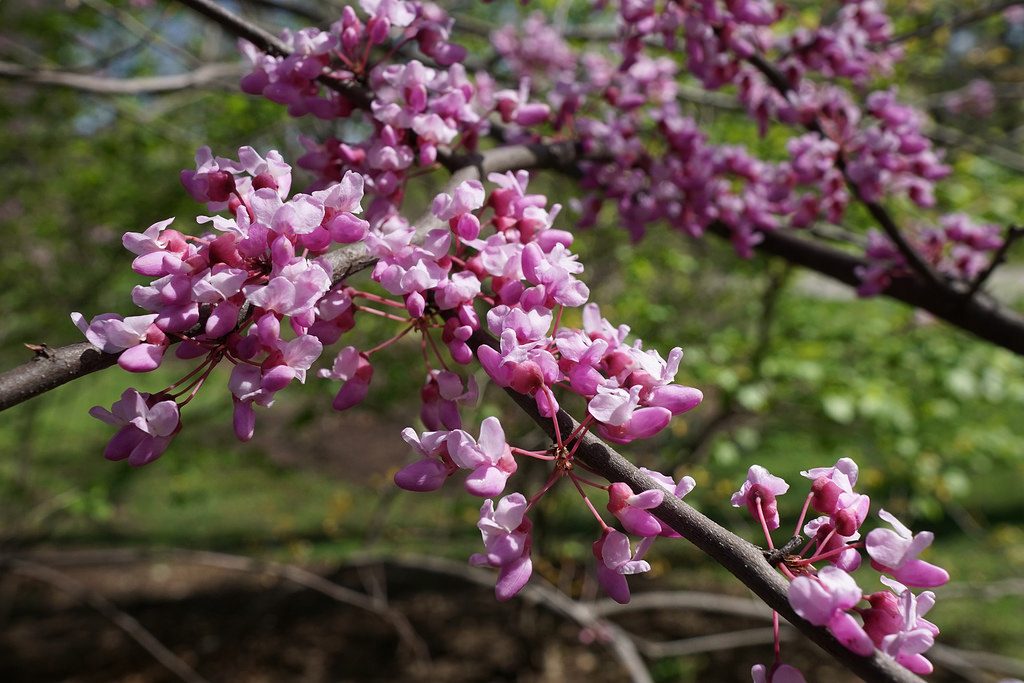 In the early spring, redbuds are the stand-out amongst native trees in the forest. Their branches are covered in bright, magenta (not red) buds and nothing else. They are largely forgotten after the flower display, but they are beautiful, full trees with heart-shaped leaves that go yellow to reddish-purple.

Amazingly, the beautiful buds in the springtime are also a tasty treat packed with Vitamin C. They can be eaten raw, jellied, relished, or pickled. The young pea pods can also be cooked in stir-fries as if snow peas. 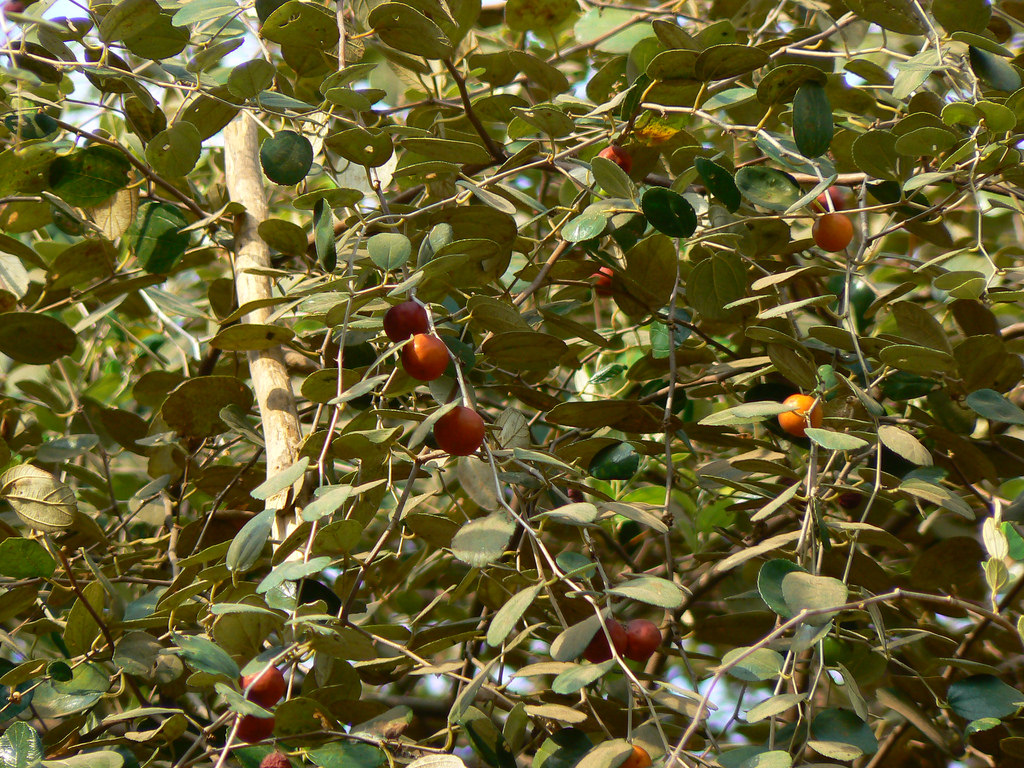 Sometimes used as an attractive and protective hedge plant, jujube trees are small deciduous trees that have shiny leaves and intimidating thorns. They bloom in springtime with small whitish-yellowish-greenish flowers that attract bees. The fruit then comes in summer or autumn and ripens from green to yellow to having maroon spots to turning entirely red. They can even be dried on the tree to preserve them.

They have been used medicinally in Asia for centuries, and they are so sweet that they are often referred to as dates. 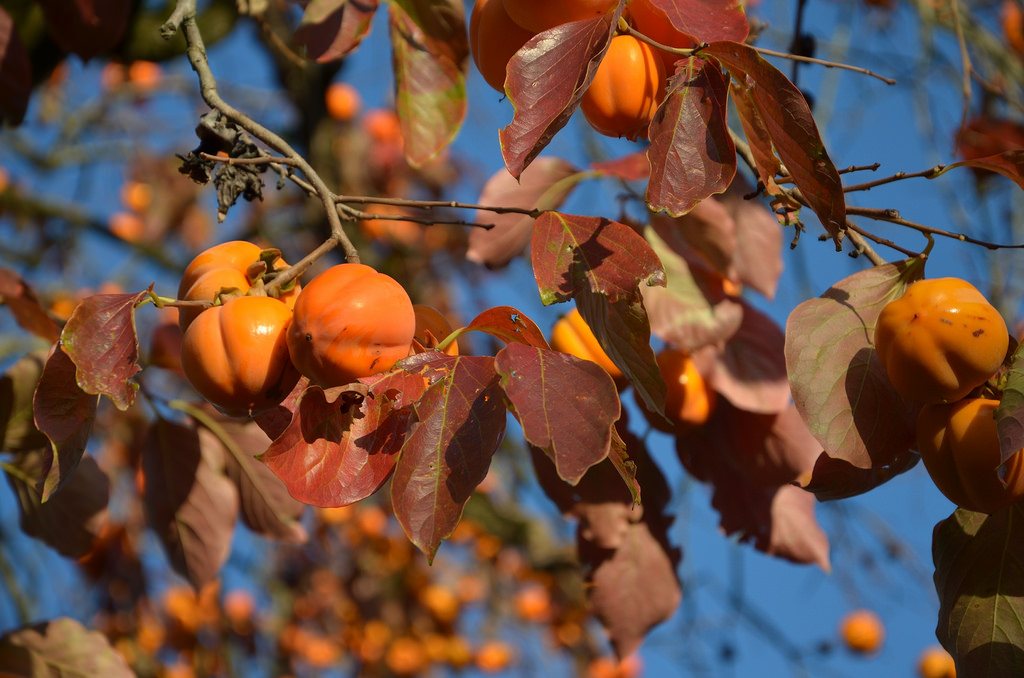 Celebrated for its autumn colors, including plentiful stunning orange fruits and rusty leaf color, Asian persimmon trees are a viable ornamental plant. For those who haven’t eaten persimmons, the key is waiting for the astringency to leave them, and that takes patience. The fruit should be so ripe that it borders on smushy. Then, it tastes like pudding — amazing!

There are non-astringent types, which can be eaten while still firm, but the ripe fruit is worth the wait. Fully-ripened persimmons are very delicate, which is why it’s not often found in supermarkets, and they require owning a tree (or knowing someone who does) to get the treat.

Obviously, apple trees, peach trees, cherry trees, and a host of other fruit trees are more recognizable and put out lovely flowers every year, but what’s nice about choosing slightly different edible ornamentals is that they provide something extraordinary, flavors not everyone gets to try and are not often available otherwise. That’s fun for the grower and fun for visitors.