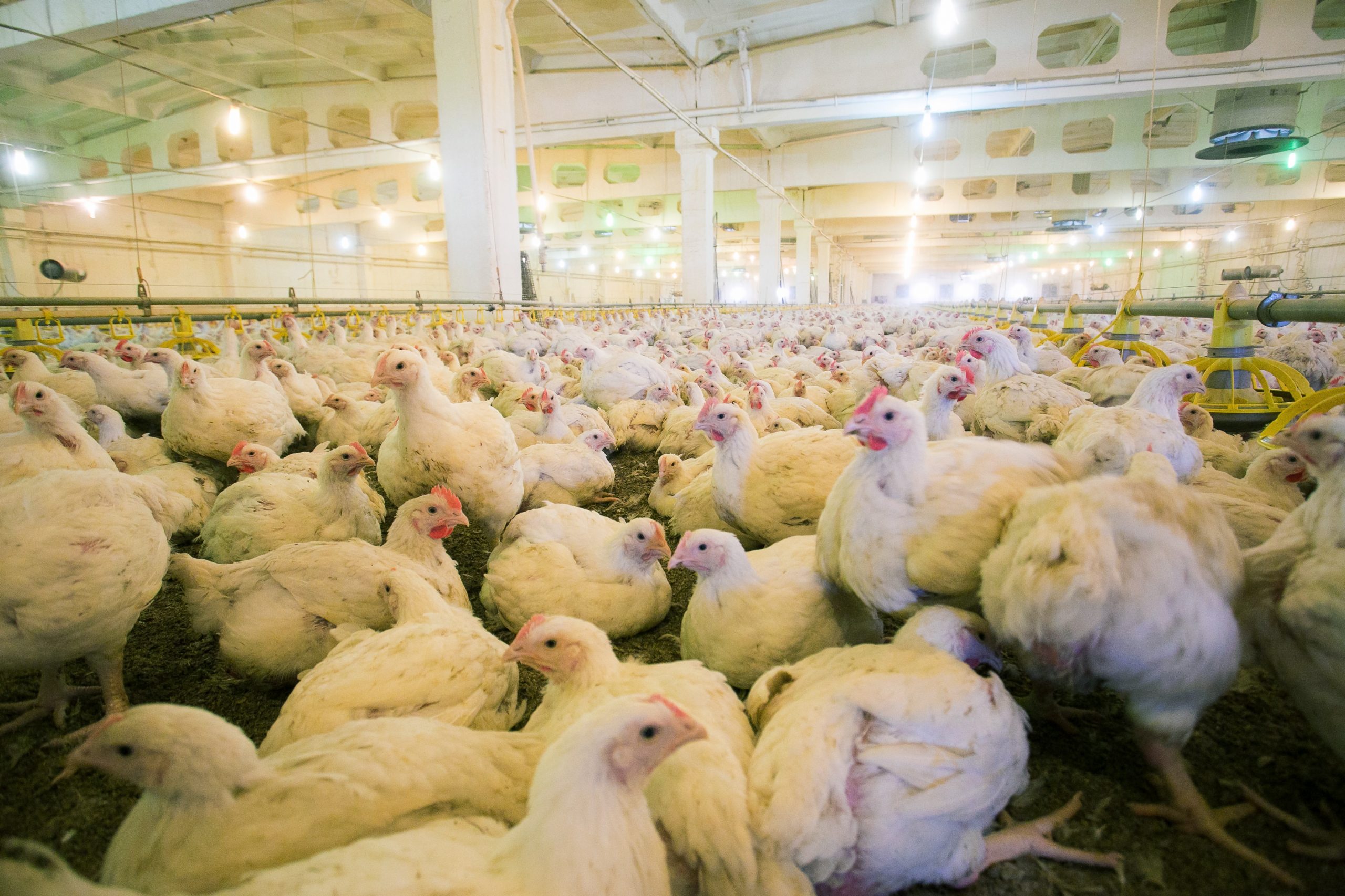 The first cases of H5N8 bird flu have been detected in humans, and although there is no known evidence of transmission person-to-person, it serves as an unnerving reminder of disease outbreaks on crowded, unsanitary factory farms. This strain of bird flu is extremely contagious and lethal to birds, but the seven affected human patients in Russia have been reported as asymptomatic. The cases all occurred in farmworkers exposed to birds on the job.

Anna Popova, head of Russia’s Federal Service for Surveillance on Consumer Rights Protection and Human Wellbeing, stated that the early warning “gives us all, the entire world, time to prepare for possible mutations and react in an adequate and timely fashion.”

Disease outbreaks on modern farms are not uncommon, as genetically similar animals kept in close quarters are likely to spread illness fast. Unsanitary conditions can cause animals to fall into respiratory distress easily, and dead animals can serve as vectors for an array of illnesses. Drug-resistant bacteria known as “superbugs” have become an increasingly worrisome issue on farms across the world, as animals living in subpar conditions often require antibiotics to stay alive.

This in-depth 2016 Scientific American article explains why crowded modern farms are host to a plethora of contagious ailments, from MRSA to enterococci, a group of bacteria known to cause over 20,000 infections in humans annually. As the article states, in 2014 pharmaceutical companies sold nearly 21 million pounds of medically important antibiotics for use in animals raised for food, over three times the amount sold for use in humans.

“Resistant bacteria that food animals carry can get into a variety of foods,” states the Center for Disease Control on an informational webpage about antibiotic use in farmed animals. “Meat and poultry can become contaminated when the animals are slaughtered and processed. Fruits and vegetables can become contaminated when resistant bacteria from animal feces (poop) spreads to them through the environment, such as through irrigation water or fertilizers…illnesses that were once easily treatable with antibiotics are becoming more difficult to cure and more expensive to treat.”

In 2017 the World Health Organization issued a statement advising that commercial farming operations stop routinely administering antibiotics to healthy animals, citing an increasing threat to human health. “Over-use and misuse of antibiotics in animals and humans is contributing to the rising threat of antibiotic resistance,” the statement reads. “Some types of bacteria that cause serious infections in humans have already developed resistance to most or all of the available treatments, and there are very few promising options in the research pipeline.”

The ongoing COVID-19 pandemic has been a sobering reality check to the risk of disease outbreaks and serves as a call to action for humanity. As long as animals exist on crowded and unsanitary factory farms, antibiotic resistance and disease spread will remain a dire public health risk. The evidence is clear; raising animals for food by the masses is deeply detrimental to both animal welfare and human health, and only a drastic food system reform can bring about change.

Sign this petition to encourage Congress and the Senate to pass the Preventing Future Pandemics Act!