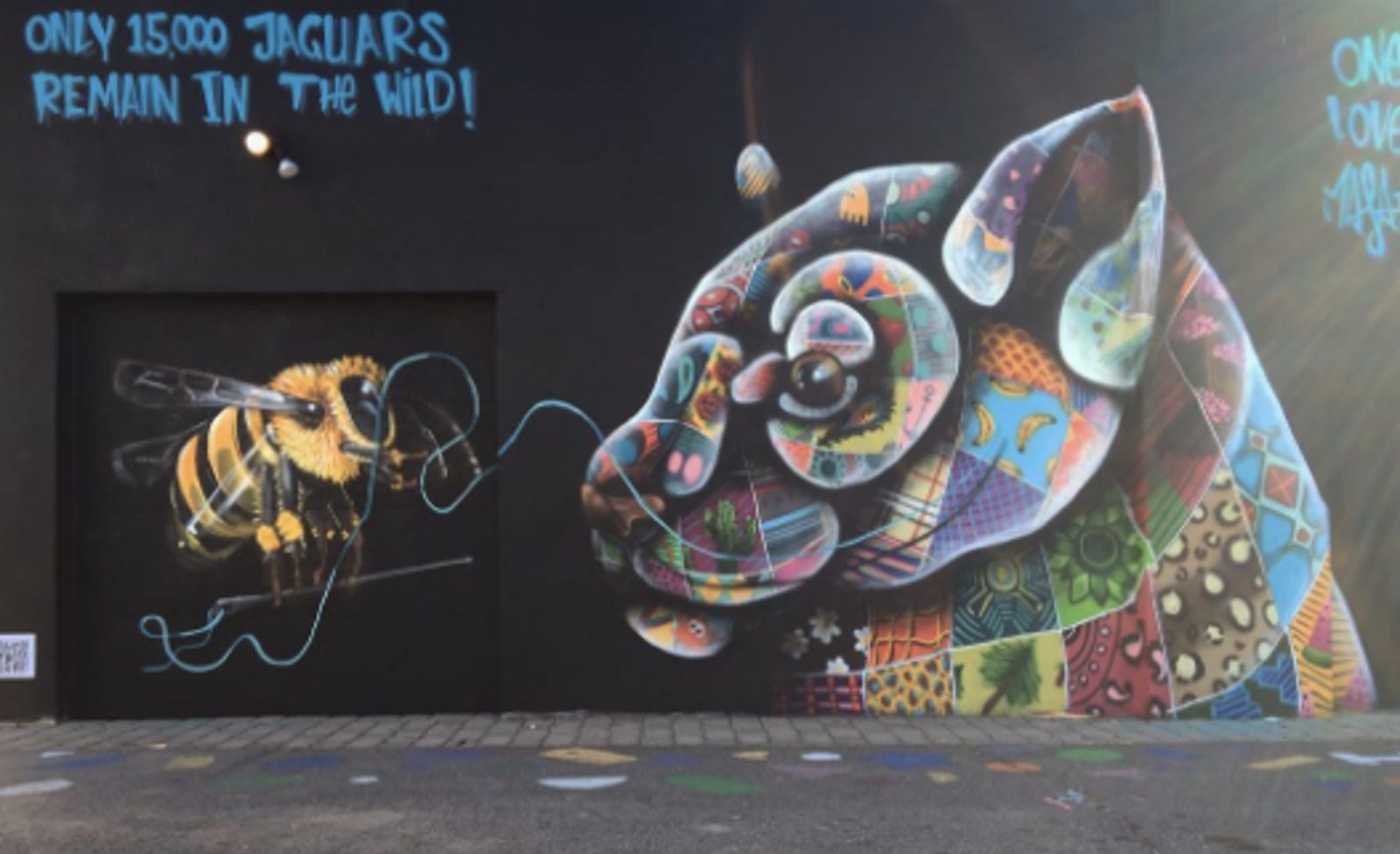 The words “mass extinction event” – a term that describes the disappearance of the majority of Earth’s plant and animal species within a very short geological space of time – may conjure up dramatic scenes of all life on Earth being wiped out in the blink of an eye.

For example, the fifth mass extinction event on our planet occurred approximately 65 million years ago, when an asteroid slammed into the Yucatan Peninsula with a force comparable to that of one million nuclear bombs. The asteroid wiped out all forms of life close to the site of impact, while indirectly killing many more species by causing a series of devastating tsunamis and earthquakes beyond the site of impact. Dinosaurs are, famously, known to have gone extinct as a result of the Yucatan asteroid collision, but they are not the only species to have died out during this time. In fact, an estimated 80 percent of all plant and animal species on this planet disappeared from this planet during the fifth mass extinction event.

It’s hard to imagine that another extinction event as dramatic as this one could occur in our lifetime. While there is no immediate threat of our planet being struck by a damaging asteroid, human activities have led us to a scenario that is well on its way to being classified as Earth’s sixth mass extinction event. A mass extinction event is classified as the loss of 75 percent of Earth’s biodiversity within a period of three to twenty-two centuries. A recent report by the World Wildlife Fund (WWF) and the Zoological Society of London revealed that 58 percent of our planet’s wildlife has vanished in the past four decades alone, primarily because of humans’ industrial activities.

In the midst of this incredibly depressing news, it can be hard for us to even grasp the scale of the problem, or feel motivated enough to take action that might solve it. However, in recent years, a number of pioneering artists have made it their mission to weave pressing environmental themes into their work, as a way of inspiring viewers to save our planet and its inhabitants before it’s too late.

UK street artist Louis Masai Michel is one such artist, who is well-known for creating beautiful murals of endangered animals. These murals are aimed at getting viewers to consider the animals’ plight, so that they are moved to take action that might just help to save them. In 2015, his famous #SaveTheBees project helped raise awareness of the disturbing global phenomenon of Colony Collapse Disorder, which involves the widespread collapse of bee colonies due to indiscriminate pesticide use.

Masai is now touring the U.S. with a group of conservation filmmakers as part of an ambitious mural art project called The Art of Beeing. A stunning series of images from The Art of Beeing that he recently shared on his Instagram page show us exactly how important it is to do whatever we can to save the planet’s most endangered animals from the specter of extinction … before we run out of time.

This mural in Phoenix, Arizona, highlights the precarious state of the world’s jaguar population. 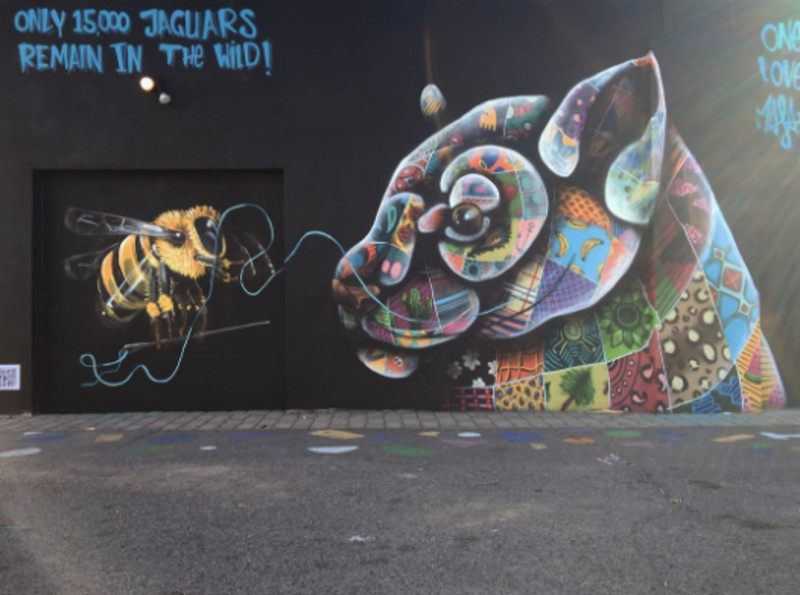 This mural in Detroit, Michigan, draws the viewer’s attention to the indispensable role that wolves, as apex predators, have to play in regulating the overall health of their ecosystems. 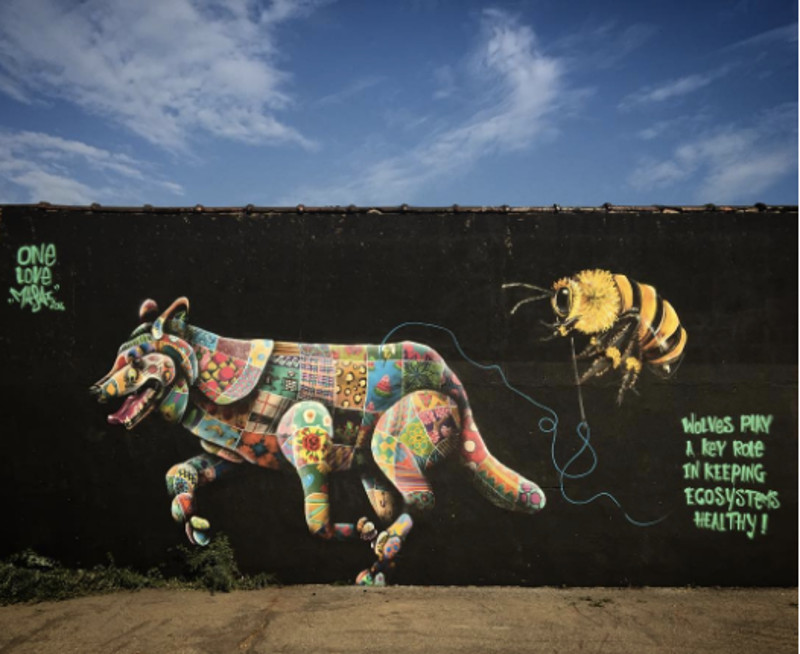 Only about 3-4,000 Houston toads remain in the wild, as outlined in this mural in Austin, Texas. 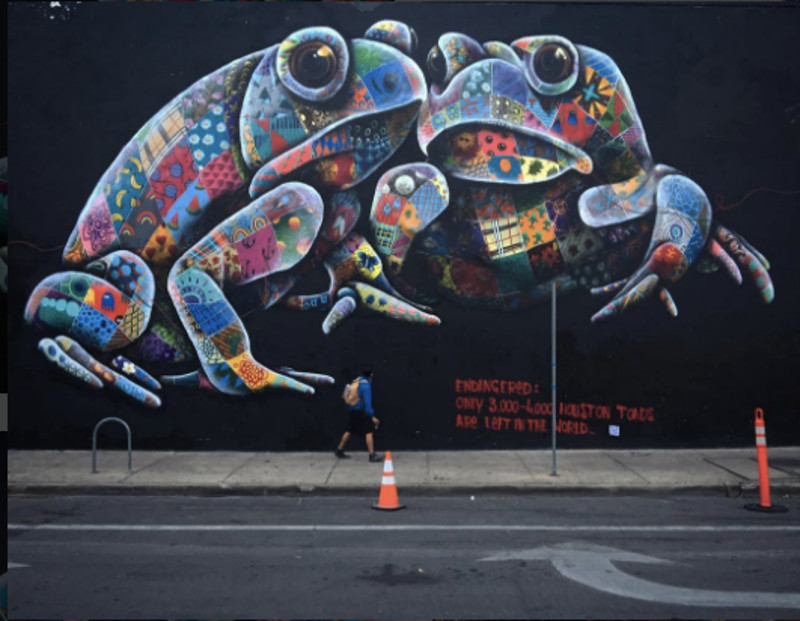 In Sacramento, California, this mural informs viewers of the endangered status of the Coho Salmon, which had previously been classified as “vulnerable” from 1996 onwards. 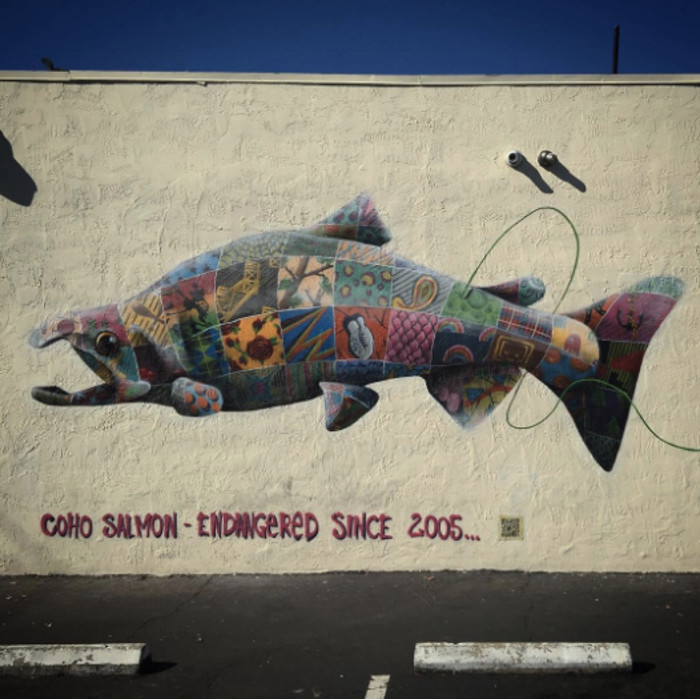 The “vulnerable” classification of the New England Cotton-Tailed Rabbit is highlighted in this mural in Bushwick, New York. 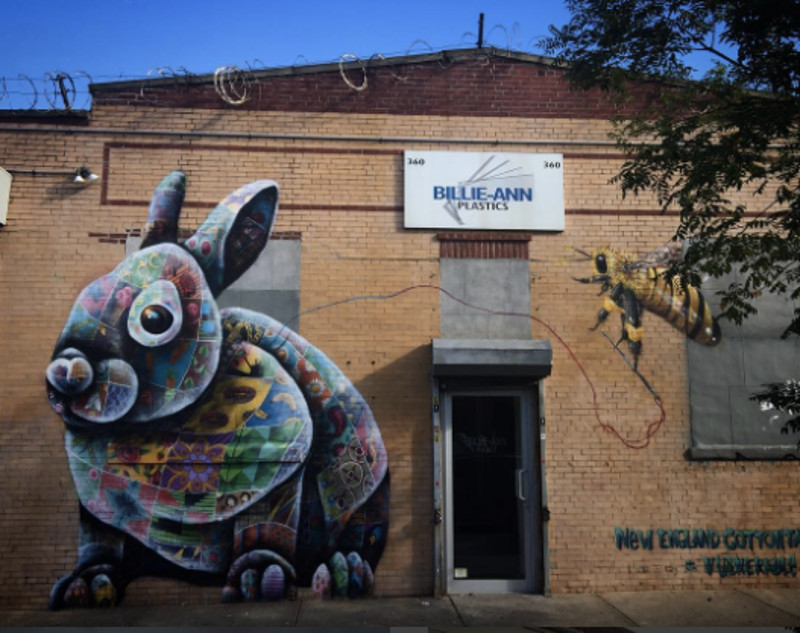 More examples of Masai’s breathtaking work can be found on his Instagram page, or on The Art of Beeing website. There is no doubt that these beautiful images have the power to make viewers think twice about their relationship to the planet’s most vulnerable creatures. He has previously said of his work: “I’m not gonna pretend for a second that me painting a painting on a wall is going to stop hedgehogs being killed. What I’m hoping is that me doing that painting will make a few thousand people become aware. I’m trying to make a change for people’s understanding. Listen. There is a crisis happening.”

To find out more about how you can take action in your everyday life to help alleviate this crisis, read up on the resources below.