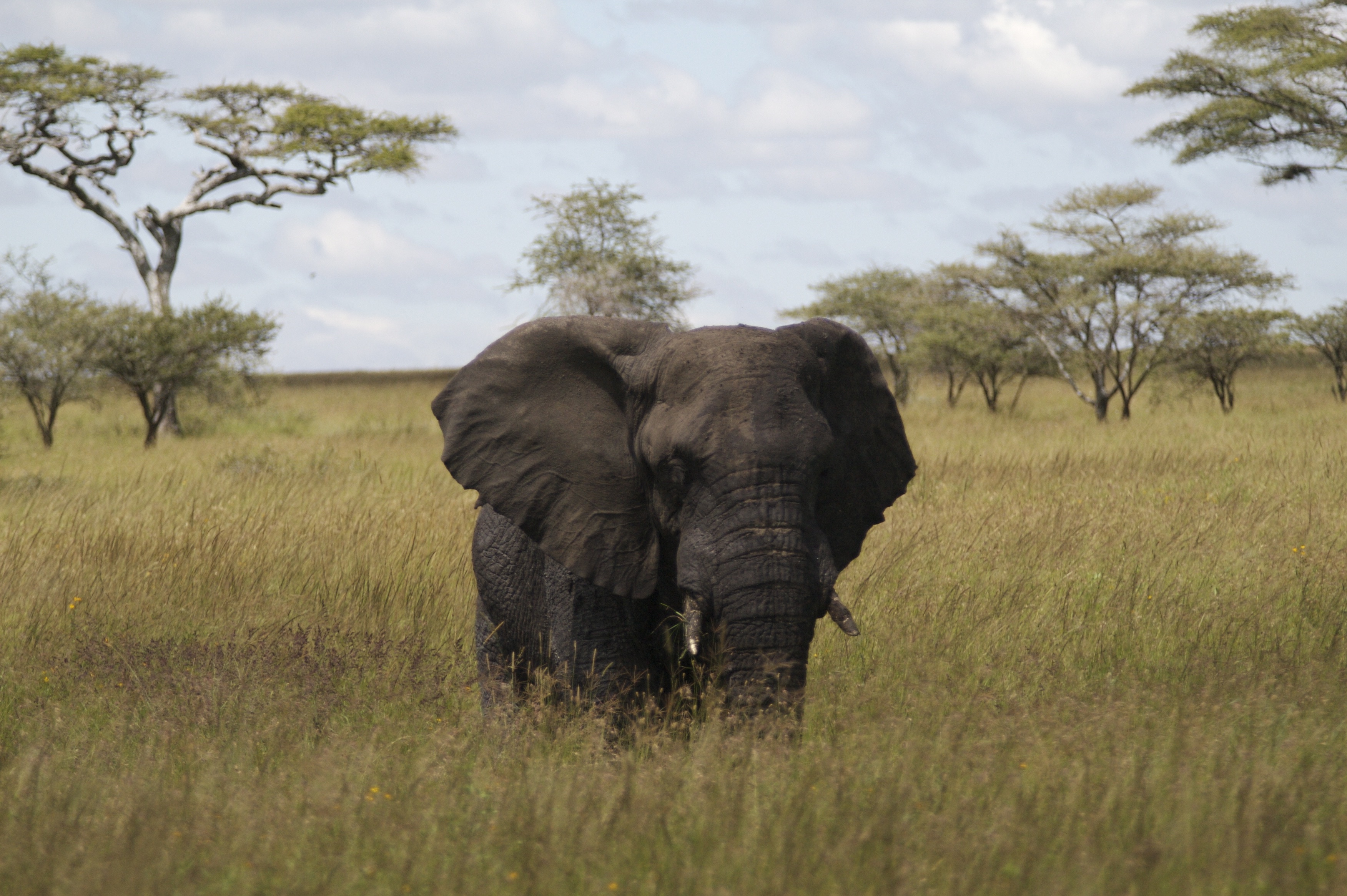 Our species, Homo sapiens, has existed for some 200,000 years. While that may seem like a lot, if you consider that life on Earth began about 3.5 billion years ago, humans have only been on the scene for less than .006 percent of life’s tenure on our planet. But despite our relatively young age, humans have had arguably more of an impact on the planet’s ecosystems than any other species, so much so that many scientists now claim we’re living in an entirely new epoch, the Anthropocene (anthro = human, cene = new or epoch), which will show up in the geologic fossil record long after we’re gone.

By 1804, the human population had reached one billion people for the first time in history and has since skyrocketed to over seven billion and counting. Such burgeoning numbers don’t come without a cost, however; humans have expanded mainly at the expense of other species with which we share our planet, driving some to extinction and severely depleting the population numbers of others. Now, after 42 years of data collection, the World Wildlife Fund (WWF), along with the Zoological Society of London, has released a report showing that between 1970 and 2012, wildlife populations around the world decreased by 58 percent, and the cause of this sudden reduction is almost entirely attributable to the negative impacts humans have had on the environment. Below, we discuss which groups are the most vulnerable and the exact mechanisms underlying their decline. You can find the full report here. Unless otherwise stated, all of the following information was obtained from the WWF report.

The WWF publishes the Living Planet Index once every two years, in which they attempt to assess the state of the world’s wildlife populations. To do this, they delve into records that include peer-reviewed scientific publications as well as government surveys and statistics. The result this year was a report that incorporated 14,152 populations of 3,706 species (approximately six percent of all vertebrates) of mammals, birds, reptiles, amphibians, and fish. The one caveat to keep in mind for any such amalgamation of data is that, while some areas of the world are relatively well-represented, others lack the data necessary to make robust inferences. The majority of populations in this report are located in North America, Western Europe, and Southeast Africa, with virtually no data from areas like Russia and Western Asia. The latter are regions where few scientific monitoring studies have taken place, targets for future research. But the information we do have is in many cases dire.

Freshwater species, including fish and amphibians, have been particularly hard-hit, estimated to have lost 81 percent of their population density. That means, on average, we’re losing almost four percent of freshwater animals every year! The most common threat to these organisms is the effect humans have had on their habitats. Almost half of the volume in our planet’s rivers have been altered by dams or fragmentation, and 3,700 more dams across the globe are currently being planned or are already under construction. If all of these dams are completed, 93 percent of all river water volume will have been altered by humans. Dams impede the ability of migratory fish to travel to their spawning grounds; it’s estimated in the report that there’s been a 41 percent decline in fish migration between 1970 and 2012. Our wetlands are also disappearing at an alarming rate (30 percent over the last 40 years), causing downward spirals of 39 percent in the populations of species that depend on them for their survival.

In marine ecosystems, a 36 percent decline in wildlife abundance was reported, mainly due to a rapid reduction in the number of fish caused by their overexploitation in the late 1900s, whose numbers have yet to return to previous levels. A similar scenario was observed for species on land, where wildlife populations were reduced by 38 percent, their habitats converted to agricultural fields, or their numbers dwindled by poaching, as is the case for elephants.

The destruction of species habitat was consistently found to be the number one reason for reductions in wildlife abundance in terrestrial ecosystems. The majority of land on Earth has now been modified by humans, most of it allocated to agricultural use. The majority of that land, however, isn’t used to grow crops but instead harbors livestock for the production of meat and dairy products, which are shelled out en masse to satiate an ever growing human population. A full 10 percent of Earth’s land is currently used for growing crops, but even then, one-third of that is used to feed the massive numbers of animals kept in the meat and dairy industries. All said, animal production accounts for almost 80 percent of agricultural land and produces about 14.5 percent of greenhouse gas emissions, yet land-based meat products contribute only 17 percent of the calories and 33 percent of the protein humans consume globally.

While overexploitation of wildlife, as well as invasive species, disease, and global climate change are all partially responsible for the recent reduction in vertebrate abundance, it’s becoming increasingly clear that current practices of meat production are unsustainable. This, compounded with the problem of a rapidly increasing human population is stretching the capacity for which Earth can support life, and the string can only be pulled so taut before it snaps.

Eat responsibly. Consider adopting a plant-based lifestyle; even reducing your weekly meat consumption can have a large and meaningful impact on our environment. Unless we do something, the amount of land allocated to livestock will only increase, displacing native species as well as reducing wildlife abundance and diversity. To find out more about eating green, you can check out One Green Planet’s #EatForThePlanet campaign.