The Rather Shocking Message Behind Stunning Photos of Flipped Icebergs 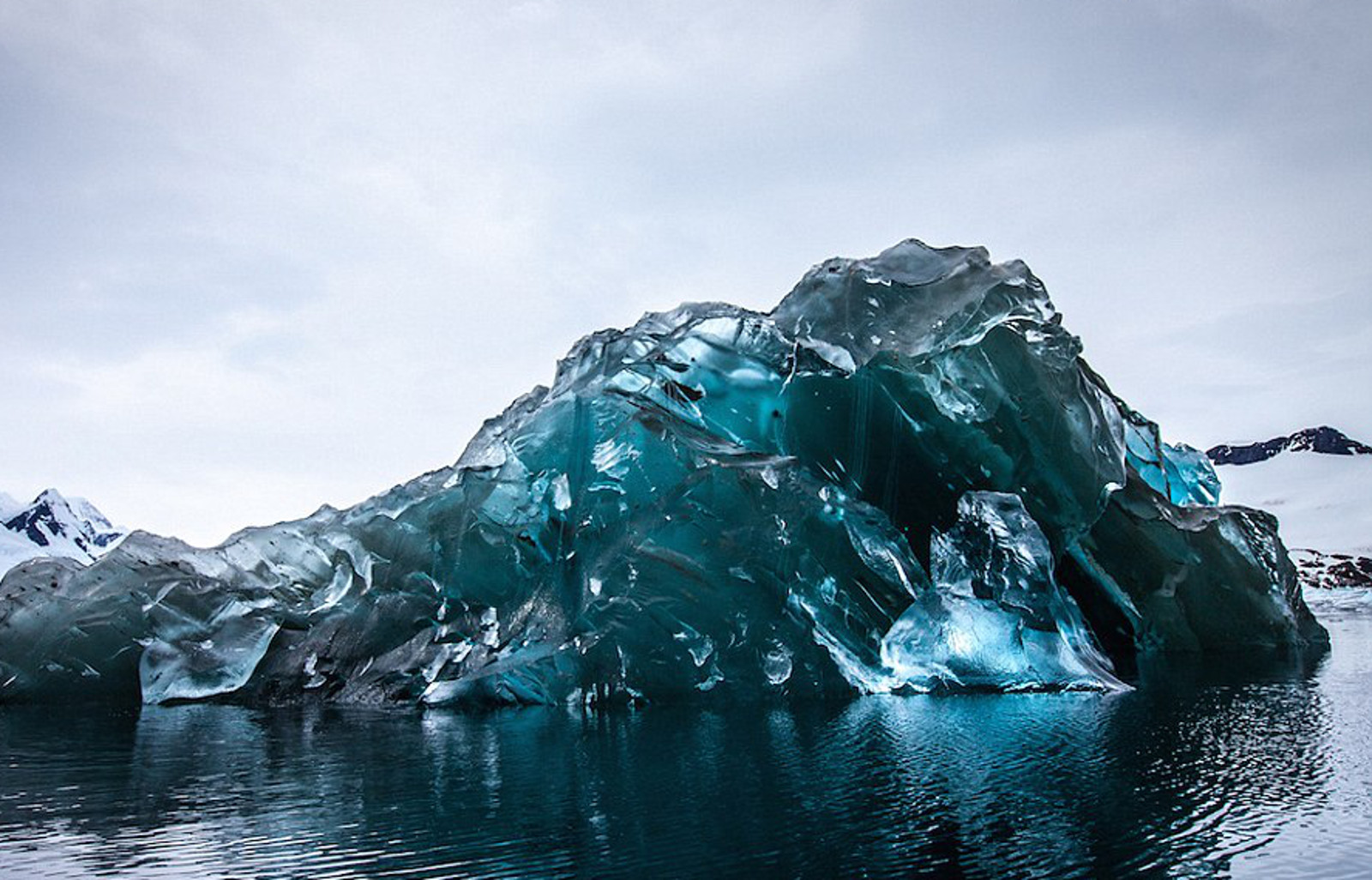 When photographer Alex Cornell shared an image of an iceberg in Antarctica that had flipped over, exposing its smooth, translucent underside, the world was captivated. Compared to the usual (arguably equally awe-inspiring) images that we see of icebergs, the enormous ice structure in this image looked as if it were made entirely of pure deep blue glass. While many heralded this photo for its beauty, what caused this incredible, ancient formation to turn over was largely overlooked.

Icebergs are formed when sections of freshwater ice break off from larger ice shelves or glaciers. Although these structures are massive, they float because salt water has a higher density. Only around 10 percent of the iceberg can be seen above water, hence the popular phrase, “Just the tip of the iceberg.” So, if there is around 90 percent of the entire iceberg’s structure submerged underwater, the likelihood that they will flip over is extremely rare.

However, if a bulk of the iceberg’s structure were to melt, then it could capsize, revealing its smooth underbelly. While the photos that Cornell and others have captured of these flipped icebergs are stunning, it seems that there is another, more tragic side to this story.

The stunning blue tint of this ice indicates that it is extremely old. As ice ages, it becomes dense and can absorb red light waves, which refract as blue. The lighter lines are centuries-old sediments that were trapped in the original ice sheet. 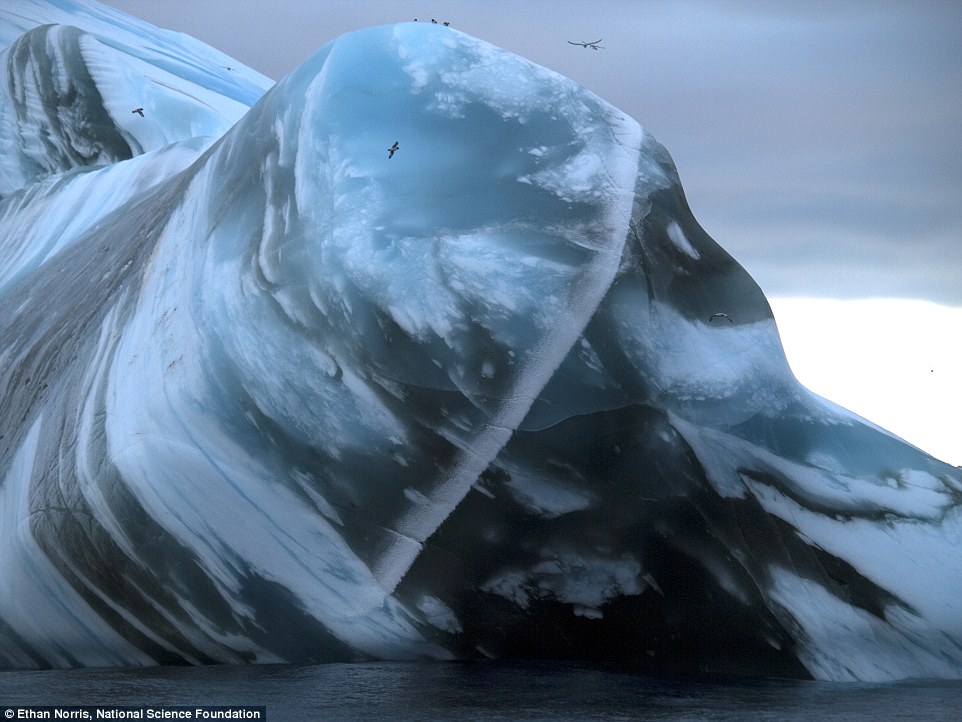 While these images are magnificent, scientists are finding flipping icebergs have become more common as the effects of climate change advance. 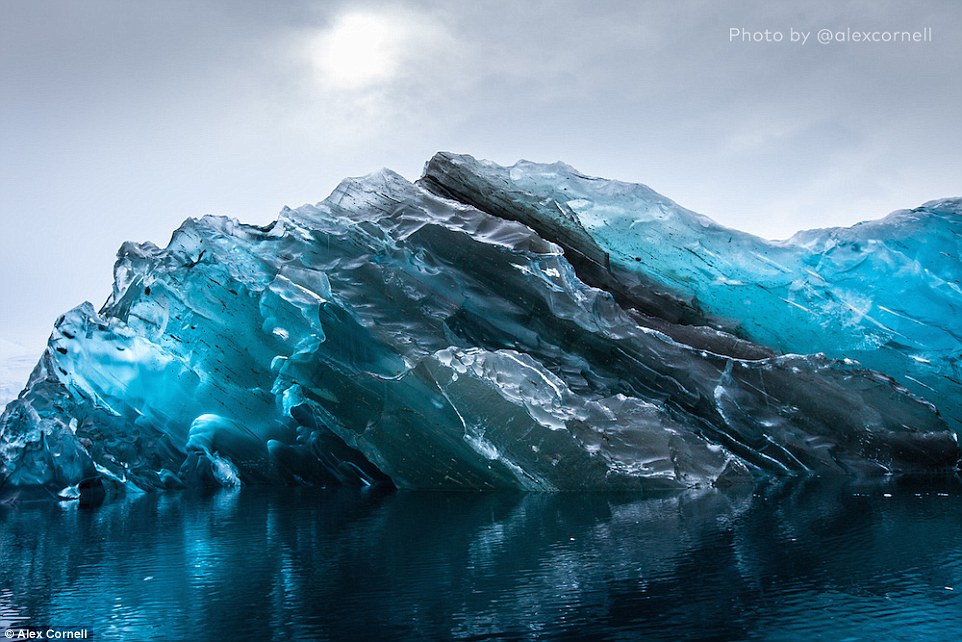 As we release more greenhouse gases into the atmosphere, the global temperature begins to rise. It is estimated that the world’s oceans are absorbing up to 90 percent of this excess heat. 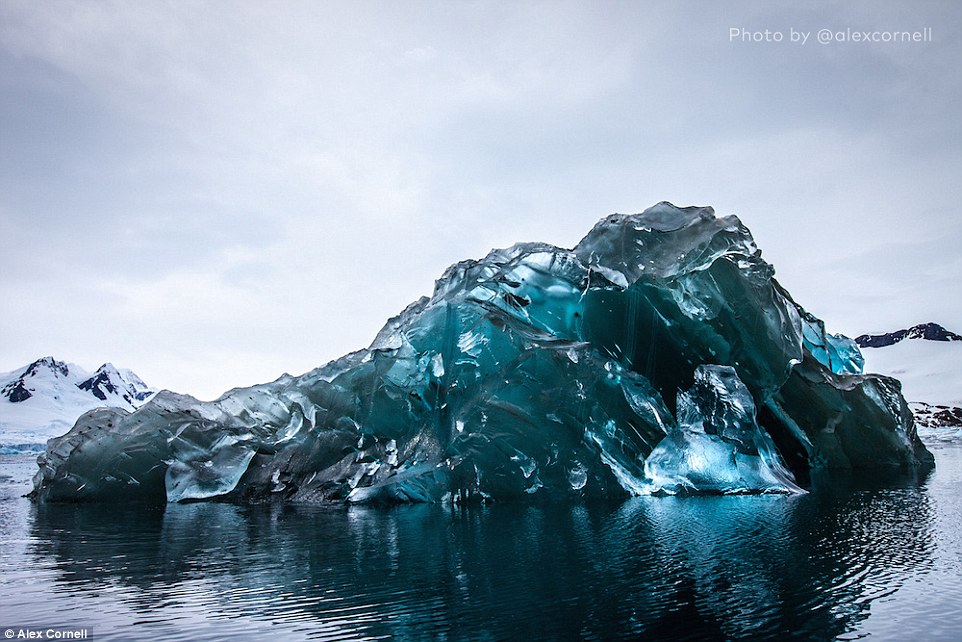 In the past 37 years, we have seen global temperatures exceed the averages for the past 100 years. The rapid warming of the oceans is causing ancient sea ice to melt. Since the Industrial Revolution, the median sea-level has risen eight inches because of melting. 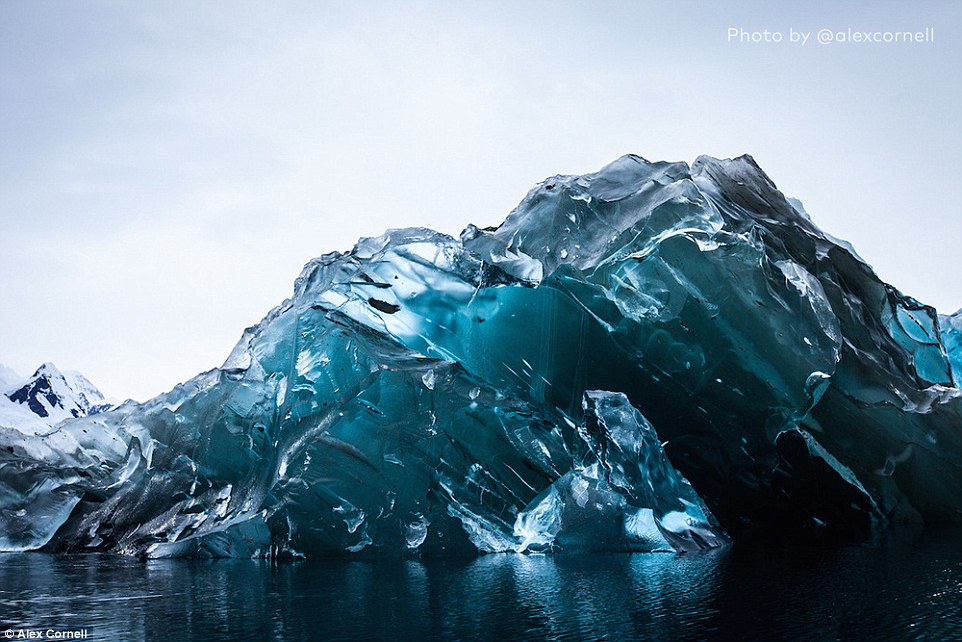 Although many reports show that sea ice is expanding, this really just means that smaller pieces of ice (like these icebergs) are breaking off from old, dense ice sheets. These smaller chunks melt rapidly in warmer waters, as these tipped bergs illustrate. 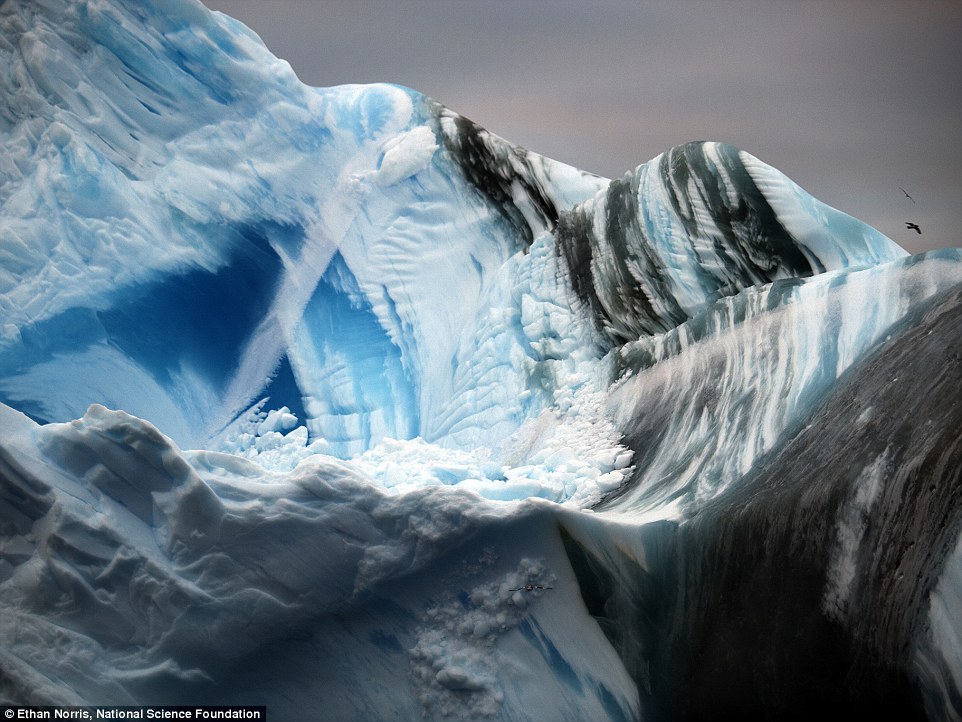 Icebergs can be anywhere from tens to hundreds of thousands of years old. It is heartbreaking to see these ancient structures melting exponentially because of human industry. 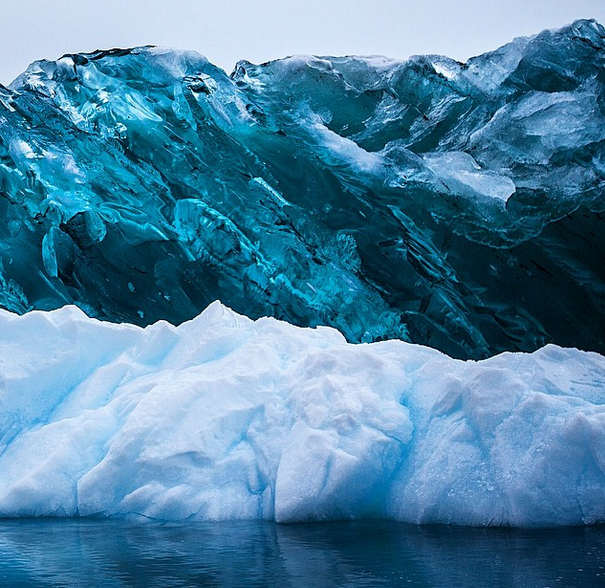 Together, Greenland and the Antarctic ice sheet hold 90 percent of the world’s freshwater supply. These massive ice caps help to regulate the world’s climate and as they continue to melt, we can see more extreme weather and temperature fluctuations. 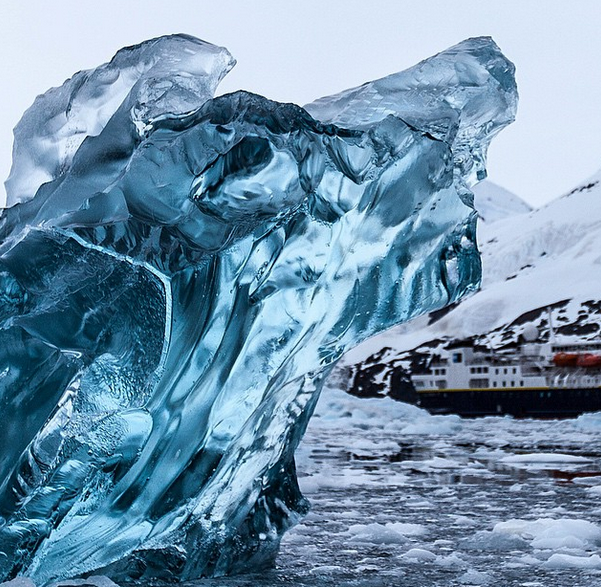 While there is no denying these photos are beautiful, they are also tragic. We all have the responsibility to conserve the world’s ice sheets to the best of our ability. We can all help to do this by shrinking our individual carbon footprints. There are many simple ways you cut your own carbon footprint, such as limiting the amount you drive or cutting your electricity use, but did you know you can half your footprint just by leaving meat off your plate? For more simple ideas like this to help protect the world’s ice sheets, click here.