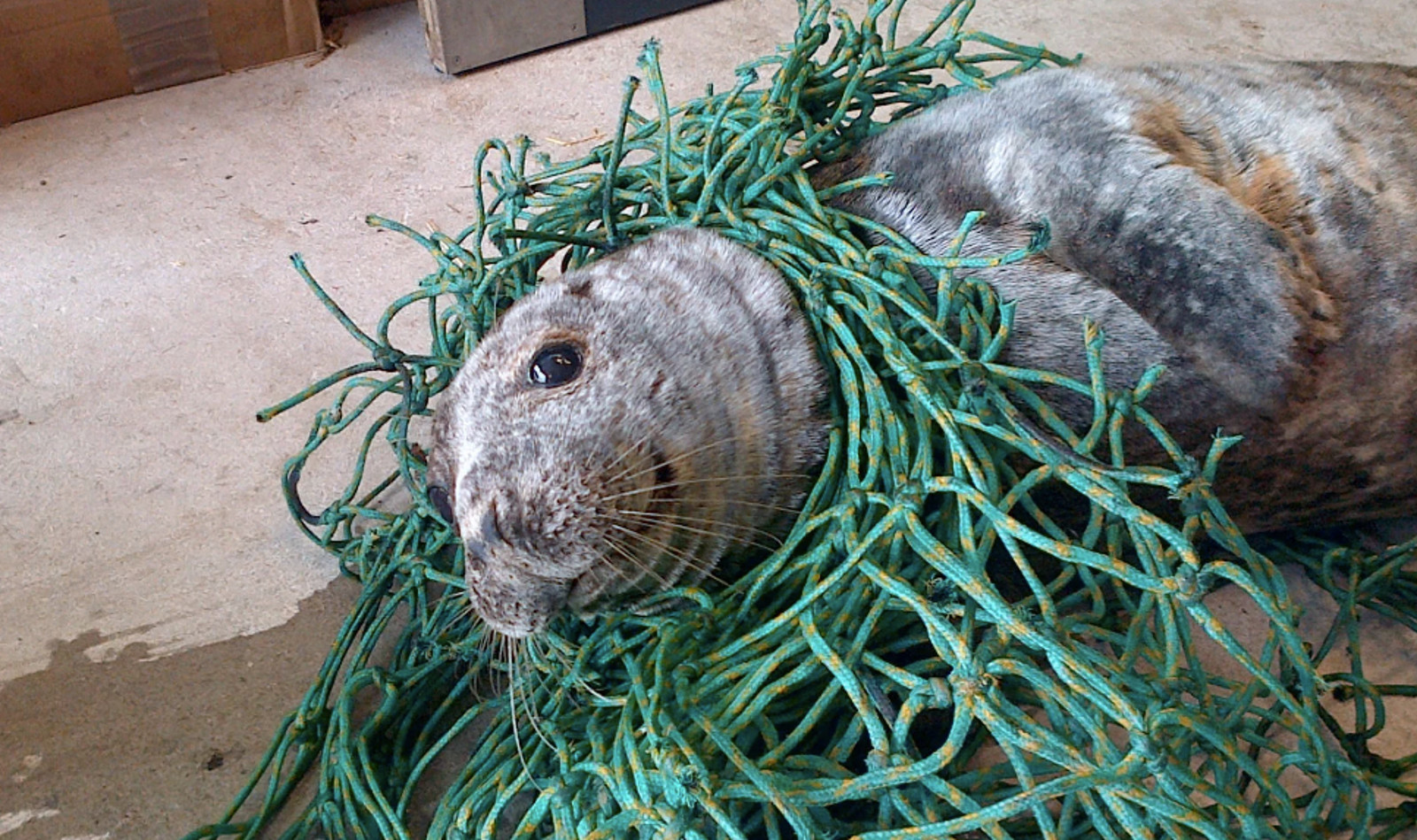 The world’s oceans may appear to be vast and untouchable, but the reach of human actions and industry has proven this to be quite untrue. On a yearly basis, we dump around 8.8 million tons of plastic into the world’s oceans and are now starting to see the consequences of these actions in the form of trash mountains along once pristine shorelines – and perhaps even more heartbreaking, the loss of countless marine species. It is currently estimated that around 700 marine species are in danger of extinction because of the threat plastic poses to them in the form of ingestion, entanglement, and pollution.

But as we are dumping tons of plastic waste into the oceans we are also extracting an enormous amount of fish, effectively removing all natural life from the marine environment in favor of our garbage.

Overfishing has become a sort of epidemic for the world’s oceans. Nearly 80 percent of the world’s fish stocks have been fully exploited or are in decline and 90 percent of the ocean’s large predatory fish, like sharks and swordfish, have been wiped out because of our demand for seafood. The saddest part of these statistics is that only a very small fraction of the world’s population depends on fish as a primary source of protein, the majority of these fish supplies are being drained for export to developed countries like the U.S., Japan, and Spain. Due to the high demand for seafood, in the face of ever-dwindling fish populations, fisheries are resorted to drastic measures to meet their quotas, turning to aggressive netting methods that capture far more than just target species.

An estimated 40 percent of fish catches are composed of “bycatch,” or in other words, non-target marine species, most often composed of seals, sharks, dolphins, turtles, and whales.

This heartbreaking image of a gray seal illustrates the true cost of our voracious appetite for seafood. 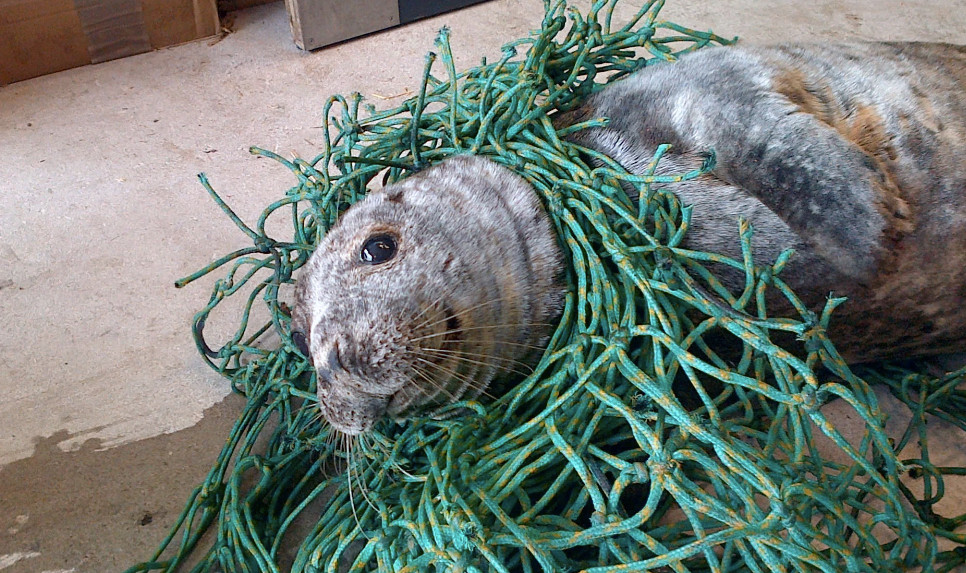 This young seal was captured in a net off the coast of Cruden Bay in Aberdeen, Scotland. If not for the help of a rescue crew who discovered the animal, there is a good chance she would have been an indirect victim of the fishing industry. Scientists have confirmed that our oceans could be completely empty as soon as 2048 if we don’t act now! As you can see from this image, our love for seafood has far-reaching consequences, and it is up to all of us to stop this reckless practice because if the oceans die, we die.