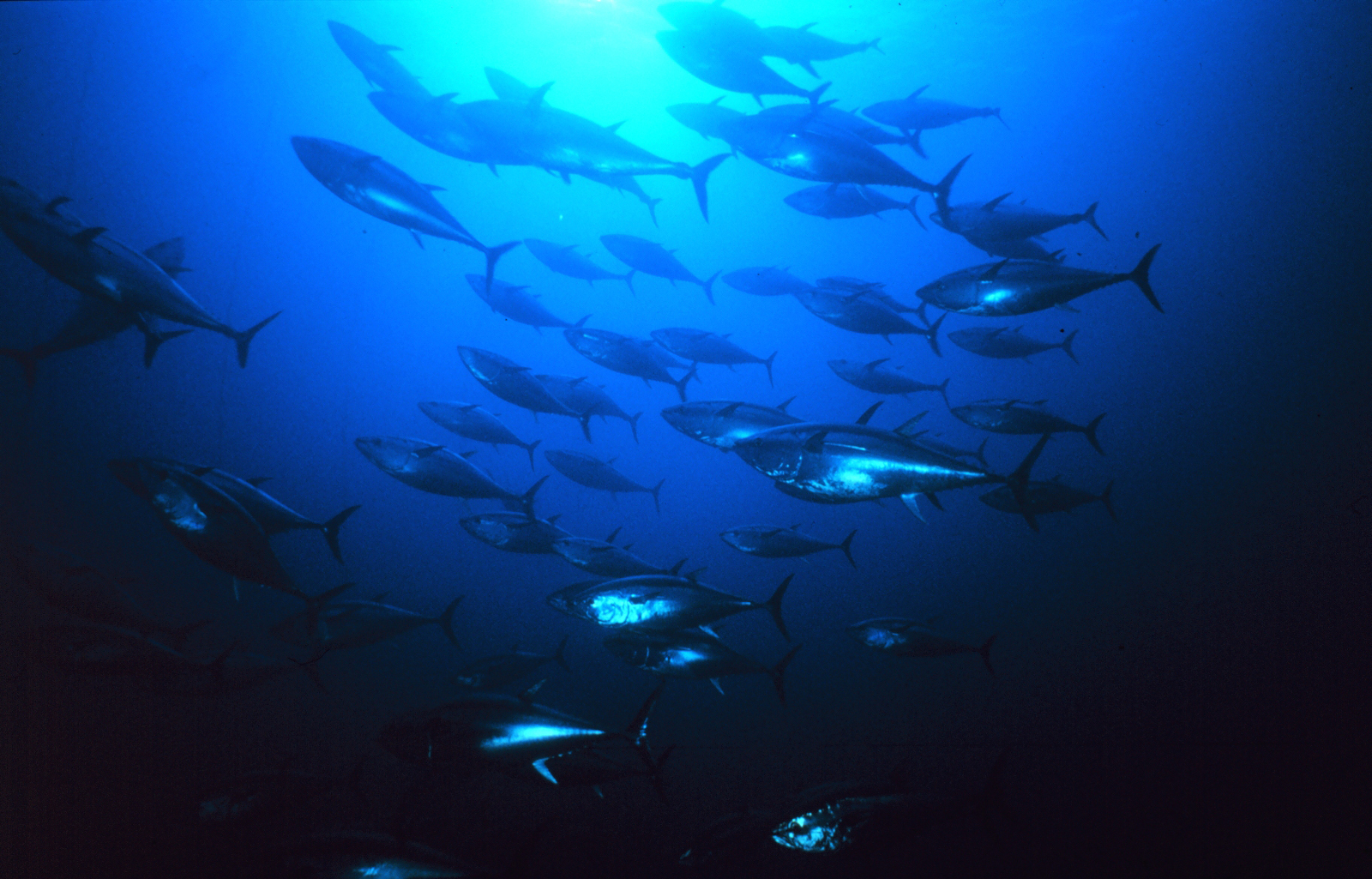 There’s a crisis of global scale facing our oceans. Overfishing, destructive fishing, and human rights abuses of seafood workers are some of the often unknown costs behind the tuna or shrimp sold nationwide.

As global demand for seafood has increased, populations of our ocean’s top predators like sharks and tuna have dropped by as much as 90 percent over a few decades. Armies of industrialized fishing fleets use indiscriminate fishing methods (e.g., fish aggregating devices, longlines) that are decimating tuna stocks and putting sharks and sea turtles at risk of extinction. There’s one motive for such destruction: catching as much as possible to maximize profits with no regard for people or the planet.

In the global tuna industry, illegal fishing and human rights abuses are commonplace. Companies are plundering fish from coastal communities that depend on seafood for their livelihood, using forced labor to crew their vessels, and cashing in on big profits.

Reports of slavery and international scandals continue to surface. Workers are subjected to low or unpaid wages, forced labor, inadequate food, shifts of 12 hours or more each day, human trafficking, and even murder. Tuna vessels fishing with longlines often transfer their catches at sea to larger vessels that return to port. The smaller vessels can remain at sea for months or even years at a time making it impossible for workers to escape.

These crises threaten seafood workers, communities that rely on seafood for their income and primary source of protein, and the existence of healthy oceans for generations to come. In response,  the U.S. government took action to stop imports of seafood connected to slavery from entering the country. While a noteworthy development, government alone cannot solve this problem. We must call on the mega-corporations plundering the oceans and abusing workers to take demonstrable action. The tuna industry is out of control, and it’s time to clean it up.

The Solution: A Global Campaign to Protect Human Rights and Our Oceans

This is why Greenpeace launched a global campaign on Thai Union Group, the largest tuna company in the world, to protect human rights and our oceans. The company has made headlines for slavery and deplorable working conditions connected with its products and uses destructive fishing methods to catch tuna. Thai Union’s Chicken of the Sea brand appears on shelves of Walmart, Kroger, Albertsons, Safeway, Food Lion, Publix, and many other supermarkets. If you’re dining at a college, corporate campus, hospital, or even on Capitol Hill, foodservice giants such as Sysco, U.S. Foods, and Sodexo may also be providing you destructive tuna or shrimp from Thai Union.

In recent months, we’ve visited the San Diego headquarters of Chicken of the Sea with 80,000 petitions and put up crowd-funded billboards across the city. We’ve released a report documenting human rights abuses connected to Thai Union, and contacted hundreds of companies worldwide that sell Thai Union products or might sell them in the future.

U.S. companies like Chicken of the Sea and Walmart have a responsibility to only sell sustainable and ethical products. It starts by asking for change. If Walmart made this a priority, suppliers like Chicken of the Sea and Thai Union must either agree to meet stronger standards or lose millions of dollars when their contracts are canceled. Wise companies would do as much as possible as quickly as possible to resolve this issue. If not for moral reasons, then by the sheer fact that the public is increasingly concerned and there’s even a presidential task force calling for change.

If you are concerned about human rights abuses, destructive fishing, and the future of our majestic oceans, this is your chance to use your voice! The next time you’re at your grocer or in a cafeteria, ask the staff about their tuna. Express your concerns and your wish that if they’re going to sell tuna, it must be sustainably and ethically caught. You can point them to our tuna guide that ranks major U.S. brands on sustainability and labor practices. Our collective voice is a powerful way to increase pressure on these massive corporations that are harming people and our planet. I invite you to take action right now by calling on Chicken of the Sea to clean up its act. With your help, we can turn the tide and transform the tuna industry.