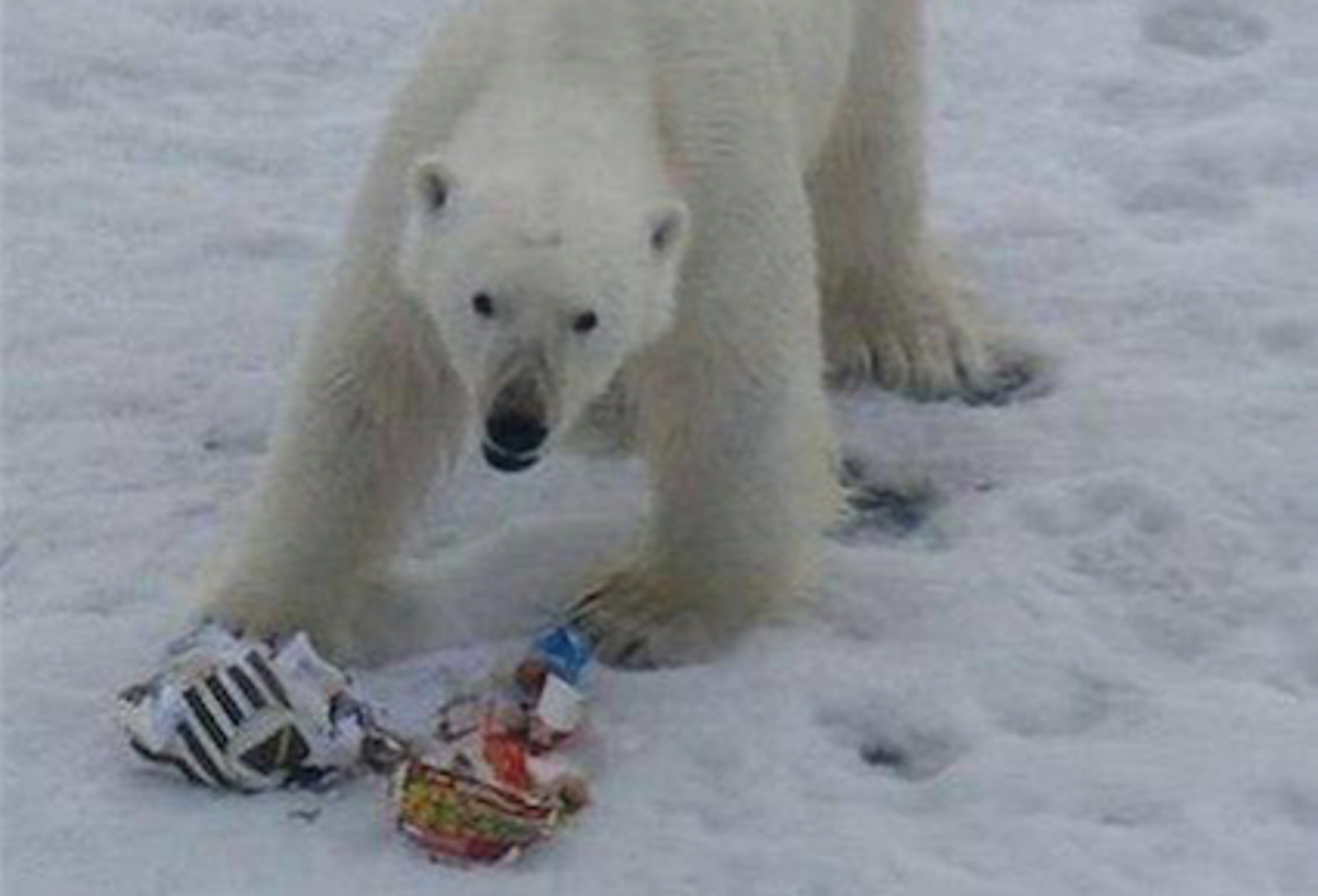 No doubt about it, Green Monsters: if countless animal species on our planet are to have any chance of long-term survival, we humans need to tackle our addiction to plastic. This material may seem convenient, cheap, and easy to use – after all, why bother bringing a cloth bag to the store when you can just get a disposable plastic one at the checkout counter? And the convenience of plastic cups, cutlery, and drinking straws seems to be far easier than the nuisance of having to carry stainless steel cutlery or a reusable cup around with you all day.

However, it’s time we took a reality check on what the production of all of this plastic is doing to our planet. 300 million tons of plastic are manufactured every year, but only 15 percent of it is recycled. 270,000 tons of plastic debris are floating around at the surface of our planet’s oceans, but this represents only a minuscule fraction of the total amount of waste held in the waters. An estimated 8.8 million tons of plastic make their way into the oceans every year, 80 percent of which is derived from land-based sources. Our waste is putting 700 marine species are at serious risk of extinction, not to mention entanglement and accidental ingestion of plastic kills one million sea birds and 100,000 marine animals each year.

If you need further proof of how severe the world’s plastic problem has become, look no further than the existence of several “trash islands” in our oceans. The most well-known of these – the Great Pacific Garbage Patch – is twice as large as the entire state of Texas! Both the oceans and the land areas of our world are being utterly consumed by the waste that we humans generate.

Even the most remote Arctic regions are being affected. Numerous pictures have come to light in recent months, showing polar bears with plastic bags in their mouths … or even being forced to live on a mountain of trash. Tragically, a combination of climate change and plastic pollution is causing these animals’ icy homes to disappear and be replaced by a literal wasteland of our trash. Shockingly, a recent report published by the American Geophysical Union estimates that least one trillion pieces of plastic have been frozen into the Arctic ice during the past few decades.

This rather shocking image shows exactly how human activities have altered the natural lifestyle of polar bears. 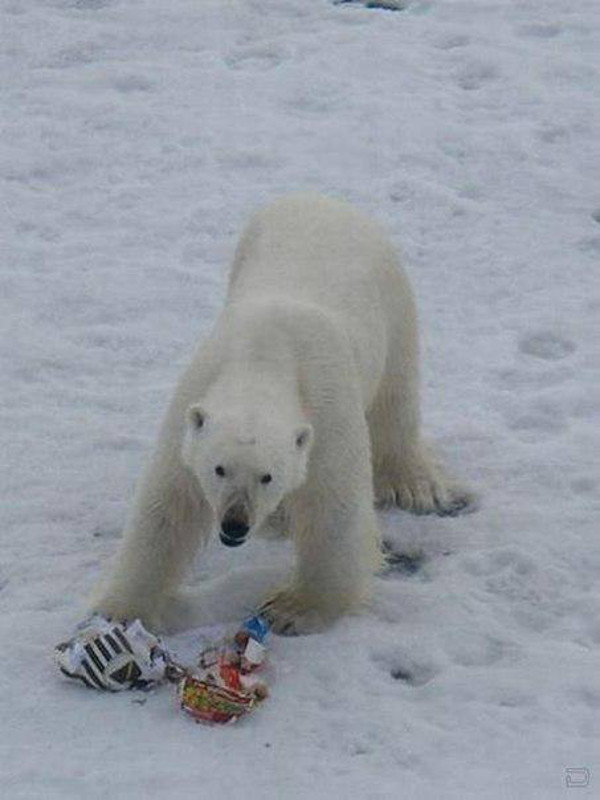 The gradual disappearance of the Arctic and other icy regions in our world has been driven by increased levels of carbon dioxide, methane and other greenhouse gases (so called because of the warming effect they exert on the planet’s atmosphere) that we humans have produced in recent decades.

The animal agriculture industry is one of the leading producers of greenhouse gases in the world. The United Nations’ Food and Agriculture Organization (FAO) conservatively estimates that this industry is responsible for 14.5 percent of the world’s total greenhouse gas emissions. Other organizations, such as the Worldwatch Institute, have estimated that the figure could be as high as 51 percent. By leaving meat and dairy products off your plate, you can slash your carbon footprint in half and help ensure that beleaguered regions such as the Arctic have a fighting chance at survival. Switching to a plant-based diet is one of the single most powerful steps that anyone can take to help reduce their impact on the planet. To learn more, you can check out One Green Planet’s #EatforthePlanet Campaign.

As for the plastic curse that has made its way into polar bears’ habitat? There’s no doubt that this material is difficult to avoid, but with just a few adjustments to the way we live our everyday lives, we can make an enormous difference in the fight to rid our planet of waste.