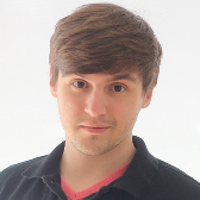 Casey grew up in the deep south on a diet of meat, cheese, and few vegetables. After meeting his now husband, Zach, several years ago, he followed his advice and went vegan. Now, Casey is a pro in the kitchen and runs a vegan blog with his best friend called Two City Vegans with recipes, musings, and advice on being vegan. Follow him on Facebook, Instagram, and Twitter.