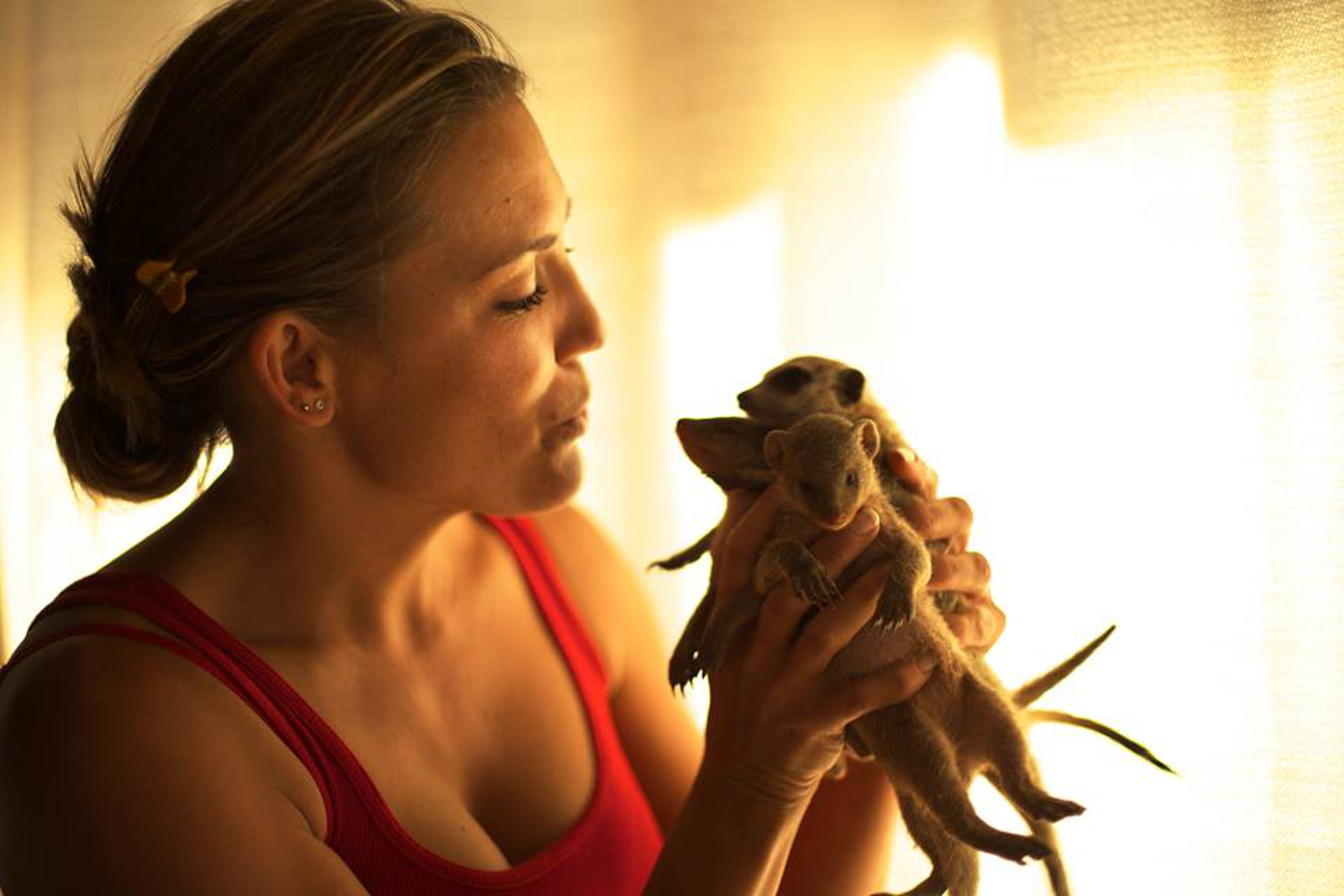 No disrespect to Lynda Carter, but there are a lot of Wonder Women out there — particularly in the realm of animal rescue.

Countless women across the globe have dedicated themselves to animal heroics, all in the name of those who can’t speak for themselves. Many of the world’s most wonderful sanctuaries are helmed by such women, all of whom are doing incredible work (often with no pay) — fueled entirely by their devotion to animals in need.

Here are ten amazing women running sanctuaries across the world: 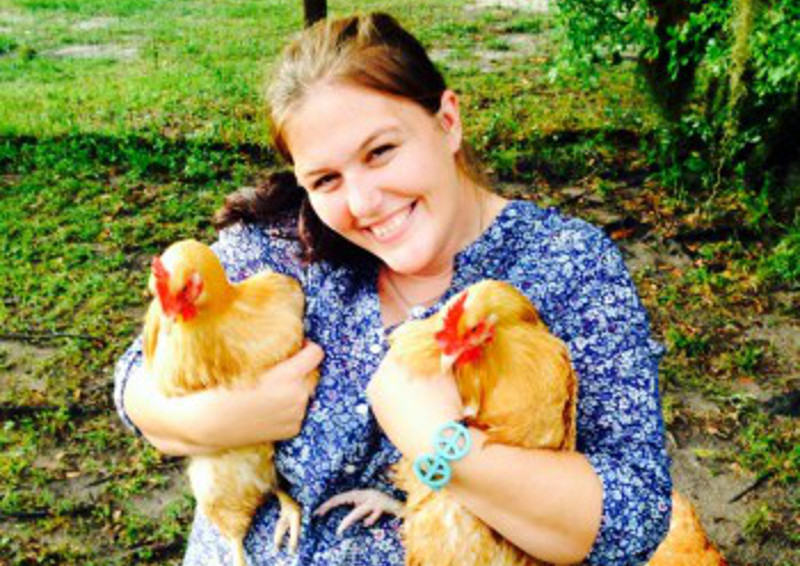 With former cattle farmers for parents, Logan’s interest in animals took a different turn from a very young age. She felt a lifelong connection to other species (and always wanted a pet pig!). As an adult, she worked at a zoo and began volunteering with Kindred Spirits. Soon, she fell in love with the animals and took up volunteer duties full time. Logan is responsible for the care of 150 adorable rescued residents at the sanctuary, from Piggy Smalls to Chalky the donkey. Along with some part time volunteer help, Logan is the 24/7 go-to shelter director — and she does it all out of the kindness of her heart. From physical therapy to tour guide duties to rubbing bellies, she tackles any and all duties and keeps the sanctuary in tip top condition. 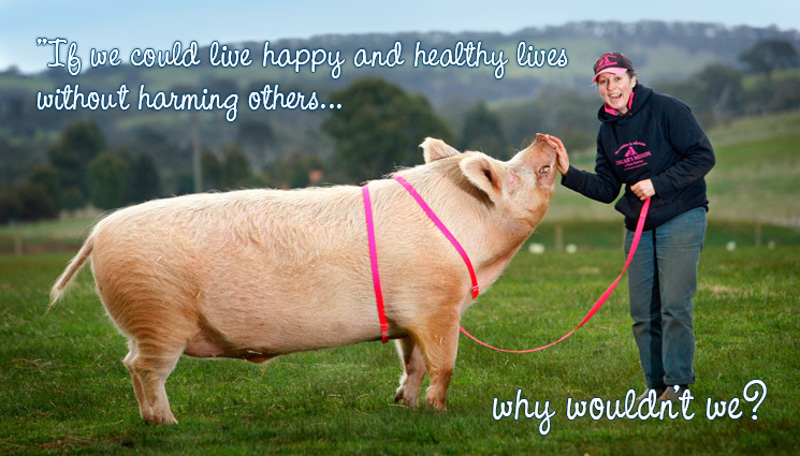 Thanks to Frostie the Snow Goat, most of the interwebs has been introduced to the awww-inspiring work of Edgar’s Mission. Sadly, Frostie passed on, but the 60-acre haven houses over 300 animals,  all under the leadership of Pam Ahern and her belief in the power of kindness. The lifesaving haven was founded by Pam after her first rescue pig, Edgar Alan Pig, passed away in 2010 at the age of seven. His influence led Pam to give up her full-time job, shelve a successful equestrian career and dedicate her life to protecting animals like Edgar. 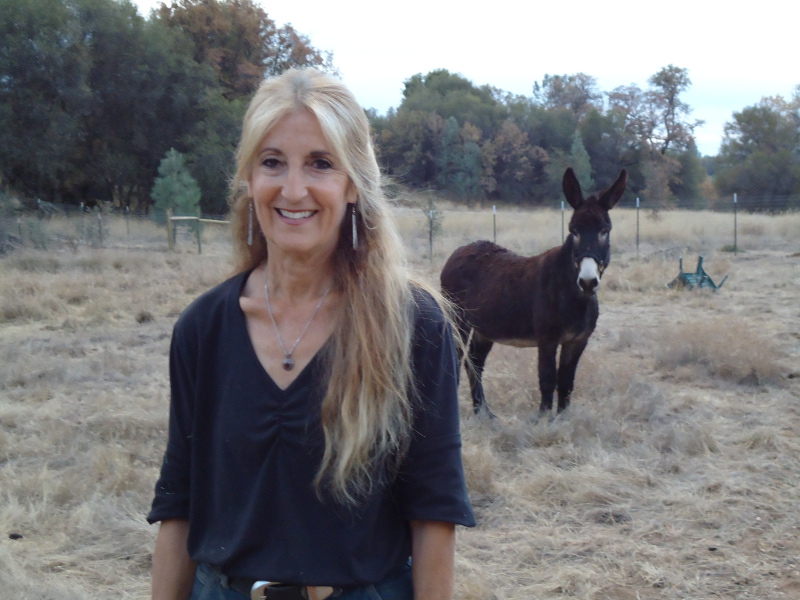 Dating back to 1992, this incredible sanctuary (aka the Center for Animal Protection and Education) started as a rescue organization focused on helping homeless cats and dogs. Then, in 2013, JP and her husband purchased land in Grass Valley, Calif., and CAPE was able to move into a new phase of their compassionate plan — to serve as a home for injured, disabled and older animals in need of special care. Supported by a board of veterinarians, doctors and animal protection advocates, CAPE has thrived throughout the past two decades. Their sanctuary is home to Billy the burro, Rootie the pig, a blind goat named Stevie and many others, all of whom represent the millions of other animals in need around the world. 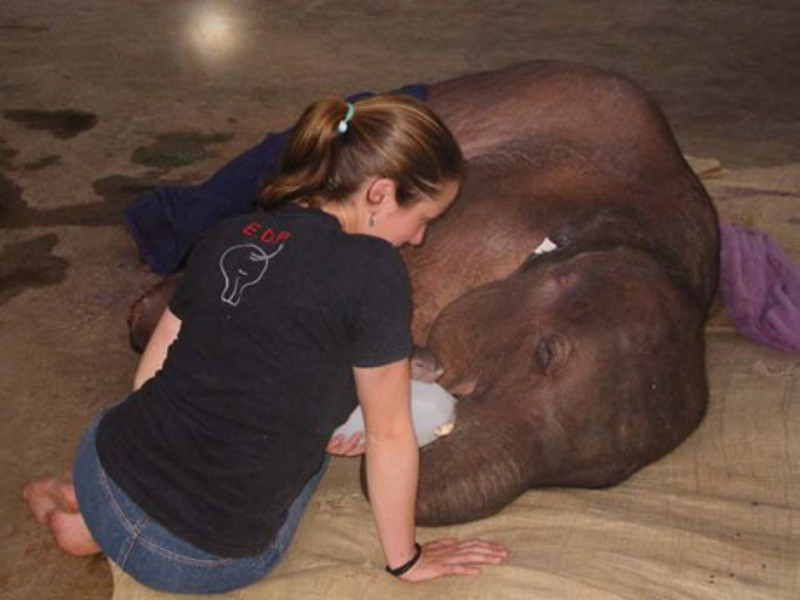 Katherine’s story is awe inspiring. As a fashion-forward Londoner climbing the ranks in the retail industry, she decided to take a trip around the world.  In 2004 in Thailand, she encountered a baby elephant named Boon Lott and her life was forever changed. She ended up buying Boon Lott to save him from a life of servitude. Boon Lott died tragically at the age of two, but Katherine went on to open a sanctuary in his name that now serves as a testament to these majestic animals. 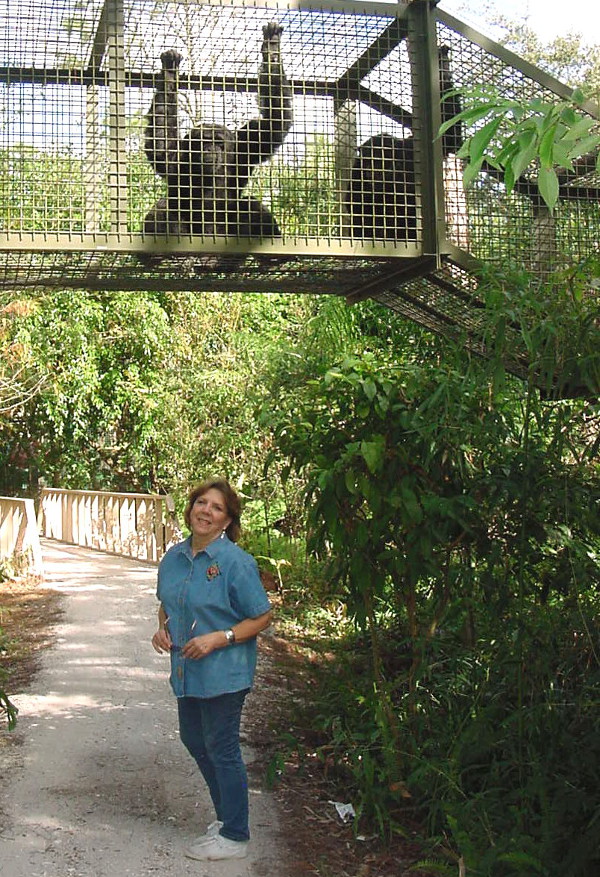 Back in the early 80s, Patti spent several months volunteering with wild orangutans in the rainforests of Borneo — including infants. Here, her love for these amazing creatures was ignited. Several years later (back in the U.S.), she was asked to help care for another infant orangutan, but when he needed a new home, Patti had trouble finding an appropriate place to take him. The Center for Great Apes was inspired by her wish that someone start a sanctuary in the U.S. for orangutans in need. She was that someone. Under Patti’s leadership, the Florida sanctuary has grown to over 100 acres and houses more than 40 great apes. 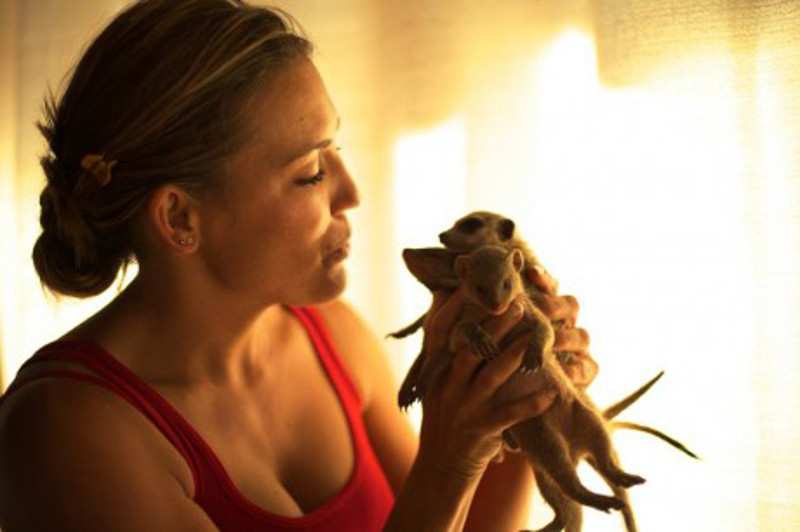 Marlice, a Namibian conservationist, and her husband Dr Rudie van Vuuren, opened this sanctuary (whose name means “God watches over us” in San Bushman) in 2006 with a mission to conserve the land, cultures and wildlife of Namibia — all of which are in danger due to a shrinking habitat and other threats. Under Marlice and the rest of the team’s vision, humans and animals live and thrive together.  In addition to the sanctuary, the team runs a Carnivore Conservation Research project, and the organization is even a partner of Brad Pitt and Angelina Jolie’s Zahara Jolie-Pitt Foundation (in honour of their Namibian-born daughter). 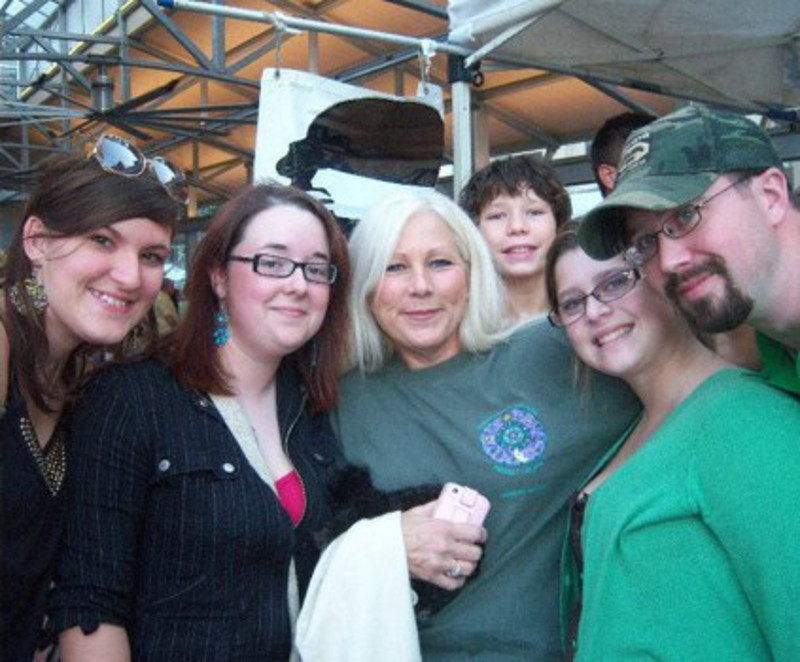 Celebrating its 30-year anniversary in 2014, this unique refuge was founded by Mary in honor of a very special wolf hybrid pup named Cody. Smart, logical and cunning, Cody changed Mary’s life forever. He took her from town to country, from sports car to truck, from high heels to boots, and she’s never looked back. In his honor, lots of wolves and other forms of wildlife have been rescued ever since. The dedicated team at this remarkable refuge works to place as many animals back into nature as possible. A hard-working vegan, Mary believes in working hard and staying thankful. 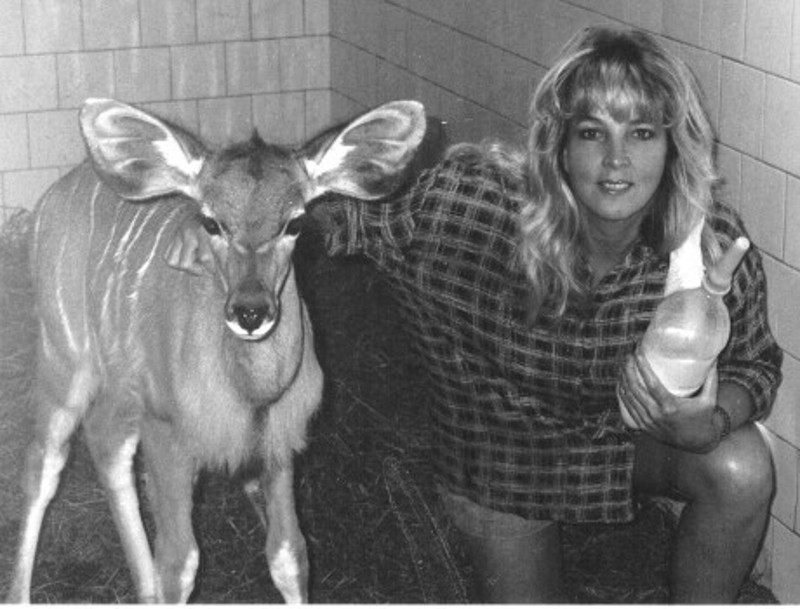 SanWild is the vision of Louise Joubert, a champion of wild animals and dedicated activist. Formerly an advertising executive, in 1989 Louise launched a fund-raising campaign for the plight of the black rhino. Eventually, she gave up her career and began to work with animals full time. In 1998 she launched the sanctuary, and continues to be an outspoken critic of the South African wildlife and hunting industry. Her rescue team is on standby for any wild animal emergencies, and all rescued animals remain safe in the 14,826 acres of the preserve. 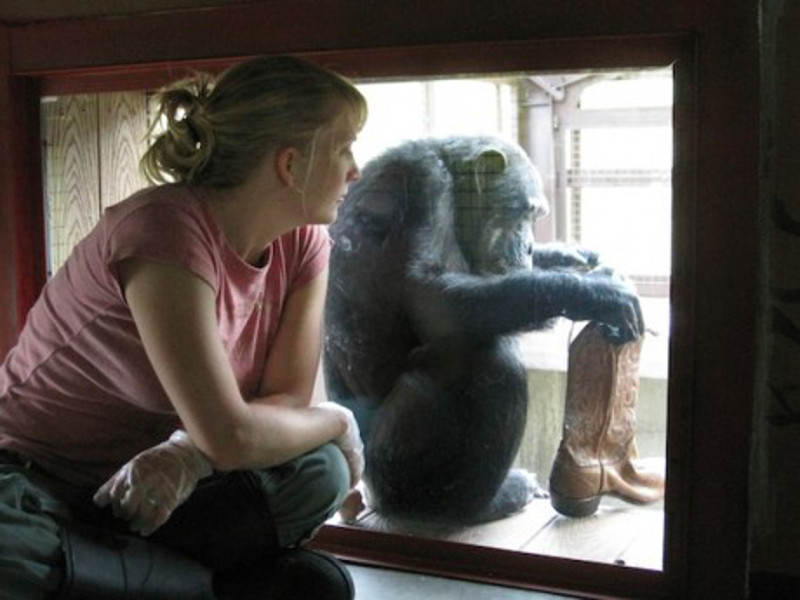 This 26-acre sanctuary in the Cascade Mountains is one of only a handful of American sanctuaries that care for chimpanzees. Founded back in 2003 to provide a safe haven for chimps discarded from the entertainment and biomedical testing industries, the remarkable organization is home to a group of chimpanzees rescued from a private biomedical facility in Pennsylvania, known as the Cle Elum Seven. The sanctuary is under the watchful eye of Diana, who lives on site at the sanctuary with her husband, feline companions Peanut and Lou Lou, and pit bull Wilson. Her lengthy background in non-profit and animal protection work has helped prepare her for work with chimpanzees like Negra, the eldest chimp at the sanctuary and a survivor of 35 years of medical testing. 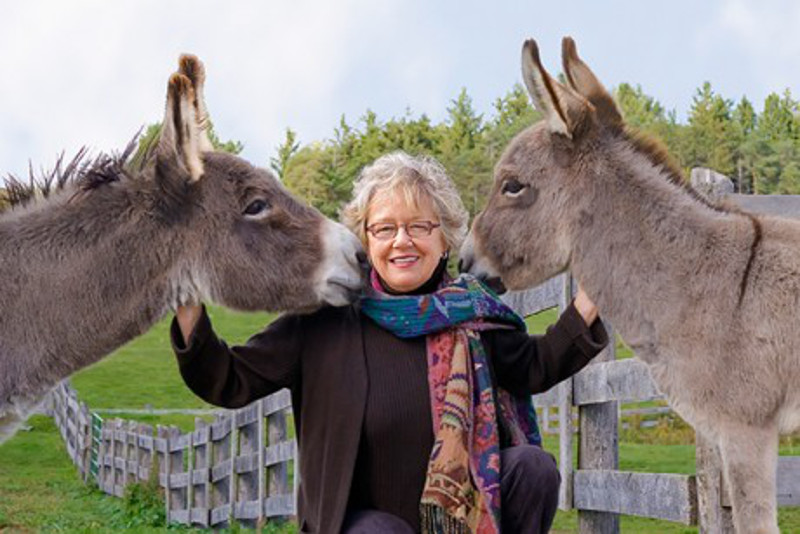 Since childhood, Sandra was concerned for the welfare of working animals who often faced miserable and inhumane conditions. Despite her parents claims that these animals didn’t have souls and therefore didn’t suffer, Sandra carried her compassion into adulthood. After she and her husband purchased a 100-acre farm outside of Guelph, Ontario, she rescued her first donkey and in 1992, incorporated the sanctuary. To date, 142 donkeys have been given a lifelong home thanks to Sandra’s tireless vision.