Why You Shouldn’t Eat Caviar 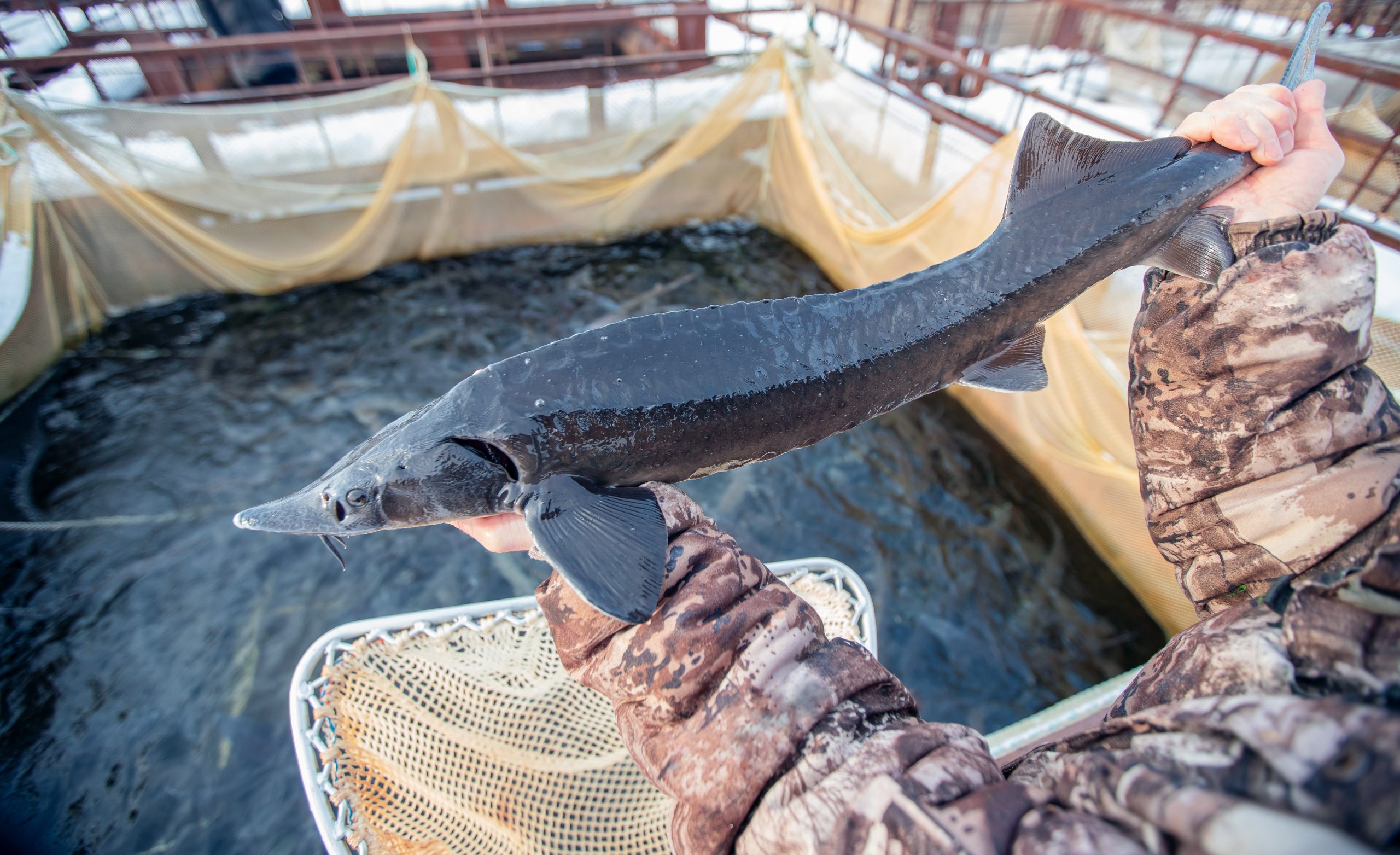 Caviar is an expensive seafood dish made of fish eggs, usually from sturgeon. While caviar is not in any way vegan (or even vegetarian) that’s not the only reason why you shouldn’t be eating it. This fishy ‘delicacy’ is deeply unethical and unsustainable. Eating and buying caviar promotes the exploitation of sturgeon and supports a disturbing industry that profits off dissecting eggs out of sentient beings.

The Methods of Egg Extraction are Wildly Inhumane

There are three main methods of egg extraction in sturgeon. While only one involves killing the animal, they are all equally bizarre and objectively inhumane.

Much like performing a c-section on a human, a small cut is made in the female sturgeon, then her eggs are surgically removed from her body. Afterward, she is sewn up and tossed back in farming pools to recover, produce more eggs, then be operated on again.

C-sections put the fish at risk for infections, which may be fatal. It can also damage their ovaries. Farmers’ main concern with this method is that it might limit the amount of ‘product’ they can dissect out of the sturgeon. We’re more concerned with the well-being of the live animals being repeatedly operated on so privileged individuals can enjoy a tiny jar of caviar.

While many omnivores say that eating vegan or plant-based is unnatural, we would argue that chemically inducing a fish so you can consume its eggs as a ‘treat’ is far more dystopian and unnatural.

The fish are given a protein to induce labor, then the eggs are massaged out of them so they can be processed and packaged as a commodity. According to the LA Times, farmers love this relatively new method of growing caviar because they can “reuse the same fish to harvest roe multiple times during their expected 60 to 120-year lifetime.” It is Incredibly inhumane to subject these animals to constant chemical inductions throughout what should be a long and happy life in the wild.

This method of egg extraction is called ‘no-kill caviar.’ We would argue that while the fish are technically not dying, they are not living either.

This is the most obvious and original way of obtaining the eggs from the sturgeon. However, it’s still worth mentioning to get the full picture of how these animals are exploited. Sturgeons are usually raised for around 10 years before they are killed for their sac of eggs. As previously mentioned, a healthy roe can and should be able to live to be up to 60 to 120-years-old.

Sturgeon is listed on the International Union of Conservation of Nature’s red list. Species on this list are the most threatened animals in the world. In the past century, the sturgeon population had declined by around 70% in major basins. Illegal poaching is a significant contributor to this decline in sturgeon. The WWF estimates that poaching activity in the Volga-Caspian basin is “10-12 times over the legal limits.”

Water pollution, the destruction of natural habitats and watercourses (which disturbs migration routes and takes away safe places for the fish to breed and feed), and dams are all additional factors to sturgeon being endangered.

It’s also worth mentioning that breeding sturgeon in farms do not contribute to rebuilding populations in nature. It only exploits them and continues to normalize using the fish as live caviar dispensers.

It’s Not Even Good For You!

Caviar is high in cholesterol, salt, and calories. This means that people should only eat it as an extra part of a meal or on top of a canapé, so it’s not even a satiating food that can provide sufficient nutrients to keep someone functioning and alive. You will rarely be in a situation where you are required or able to eat caviar to sustain yourself.

The caviar industry is cruel, disturbing, and is actively contributing to the extinction of a species. While everyone may not be vegan, everyone shouldn’t eat caviar. The next time you’re thinking of splurging on a jar of fish eggs, think about the c-section scar thousands of fish are living with and the several more operations they have to look forward to in their lifetimes. It is simply not worth the misery these animals are enduring.