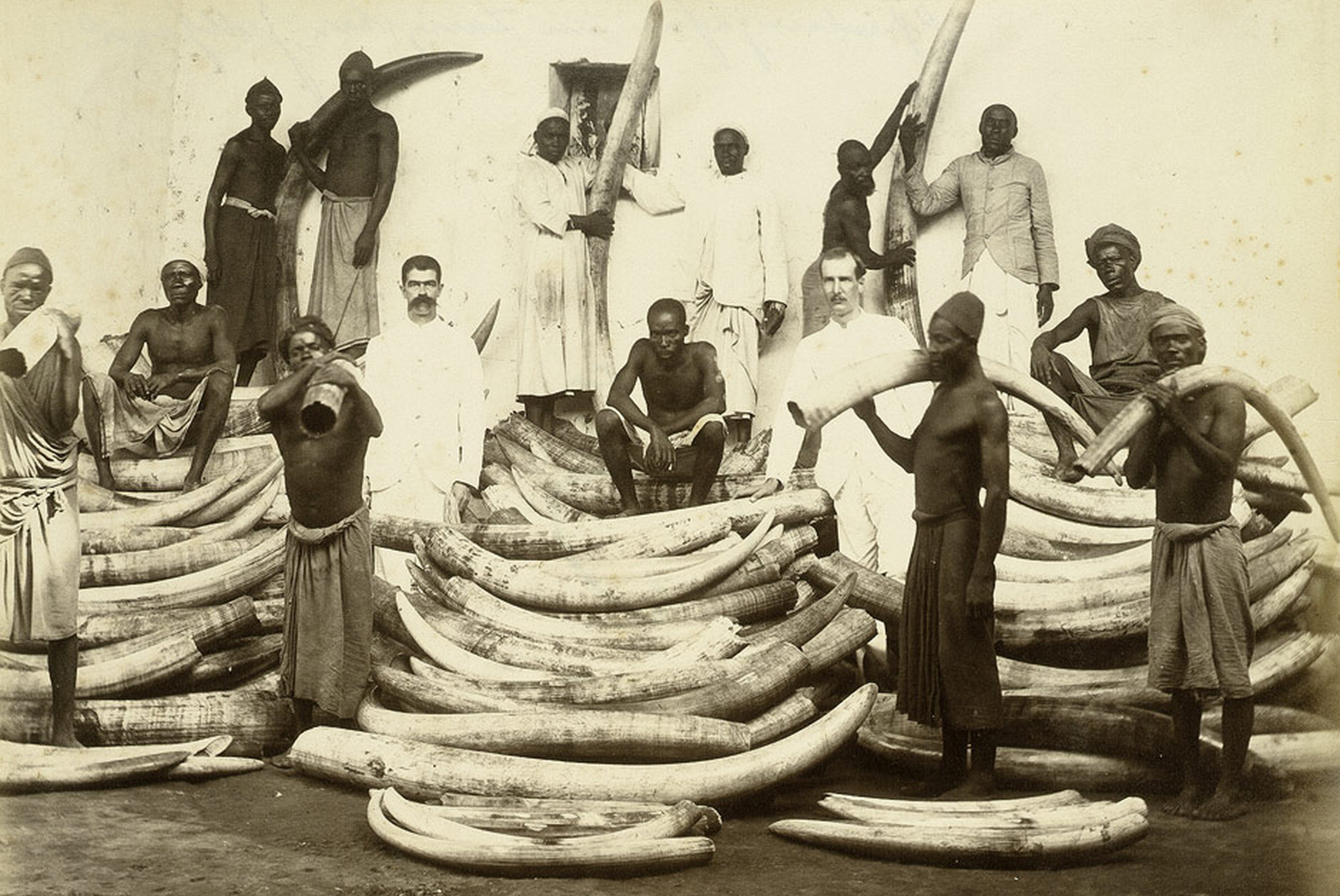 A recent study revealed that approximately 100,000 elephants have been killed over a three year period in Africa for their ivory. This study, co-authored by elephant conservation icons, including Iain Douglas-Hamilton and Patrick Omondi, published in the Proceedings of the National Academy of Sciences, concludes that “illegal killing levels [of elephants] were unsustainable for the species between 2010 and 2012, peaking to ~8 percent in 2011, which extrapolates to ~40,000 elephants illegally killed, and a probable species reduction of ~3 percent that year.”

It’s our worst fear being realized. Born Free estimates that 103,821 elephants have been poached since January 2012. Elephant poaching is at a crisis level not seen since before the 1989 commercial ban on elephant ivory trade was instituted by the Convention on International Trade in Endangered Species of Wild Fauna and Flora (CITES).

The Dangers of Legal Ivory

The National Academy of Sciences study (“Illegal Killing for Ivory Drives Global Decline in African Elephants”) further notes that poaching in West Africa is on the rise again, and poaching in southern Africa is a dangerously increasing problem.

These trends are ultimately concerning because Born Free U.S.A. feels — and has long argued — that, as long as there is any legal ivory trade anywhere in the world, there is an incentive to poach elephants and profit from the sale of their ivory tusks.

This is particularly true and dramatic in China, and poachers and profiteers have no problem wiping out West Africa’s elephants. They move through central Africa, brutally dismantling the once-robust population of elephants in East Africa, including Tanzania’s famous Selous — and then, ultimately, feasting on the otherwise (comparatively) robust population of elephants in Southern Africa.

The ivory trade is complex. It’s a global system, fundamentally comprised of three working parts. Two are quite well known. On one extreme, we have elephant poaching: elephants gunned down, entire families destroyed, faces ripped off to extract the ivory (worth more than $2,000 per kilo). The graphic impact of this destructive trade is fully explained in the study I mentioned above.

And, on the other extreme, we have the wholesale market — the demand side of things — in which ivory tusks are reduced to chopsticks, bracelets, and sculptures for sale in China, Vietnam, Laos, Thailand, and elsewhere in Asia. Conservationists have long pushed to address these two fundamental aspects of the global ivory market. Put more resources on the ground in Africa; support park rangers; stop poaching; and address demand in China by educating the Chinese people and instituting demand-reduction strategies.

The missing link in all of this, of course, is the third aspect of the trade, which is the link between the two: the transit of ivory from carcass to commerce.

From Point A to B

Born Free U.S.A.’s new report, Out of Africa: Mapping the Global Trade in Illicit Elephant Ivory, addresses this fundamental link in the global ivory supply chain. The report maps the movement of ivory from poaching hotspots in significant elephant ranges in Africa, to the port of export, and then to the onward journey to Asia (either by sea or by air), where the ivory is ultimately worked and sold.

A surprisingly small number of networks control the ivory trade, most of which are comprised of East Asian nationals (particularly the Chinese). These organized criminal syndicates nest their illegal activity within the legal international transport system — transporting ivory from Africa to Asia by ‘hijacking’ the logistics and supply chains of legal container and shipping companies.

The majority of exported ivory leaves Africa through the ports of Mombasa, Dar es Salaam, and Zanzibar, and through airports in Nairobi, Addis Ababa, and Johannesburg.

What’s particularly amazing and interesting is to look at a map of Africa and identify the remaining elephant ranges, overlay significant poaching areas, and then juxtapose these areas against trafficking hotspots. The picture is clear.

The value chain for the movement of ivory involves poaching, local transport, international freight, local transport, processing, and then, finally, sale. As a result, an elephant bangle to be worn on someone’s wrist in Thailand could fetch $257; in Vietnam, $500; in Laos, $588; and in China, $1,150.

When the Money Stops, so Does the Crime

If we could turn public attitude in China so that ivory becomes taboo, the elephant would survive. If we could marshal enough resources to stop poaching where it is most rampant in Africa, the elephant would survive. But, we also now know that, if we can interdict ivory shipments — keep them from ever leaving Africa — we can prevent ivory from being sold on the Asian market and deter would-be traffickers from trying to move bloody ivory off of the African continent. If you can’t move the product you can’t profit by its sale. If you can’t make money, move on to another line of work!