A Horse is a Cow is a Cat: Understanding Where We Draw the Lines Between Animal Farming 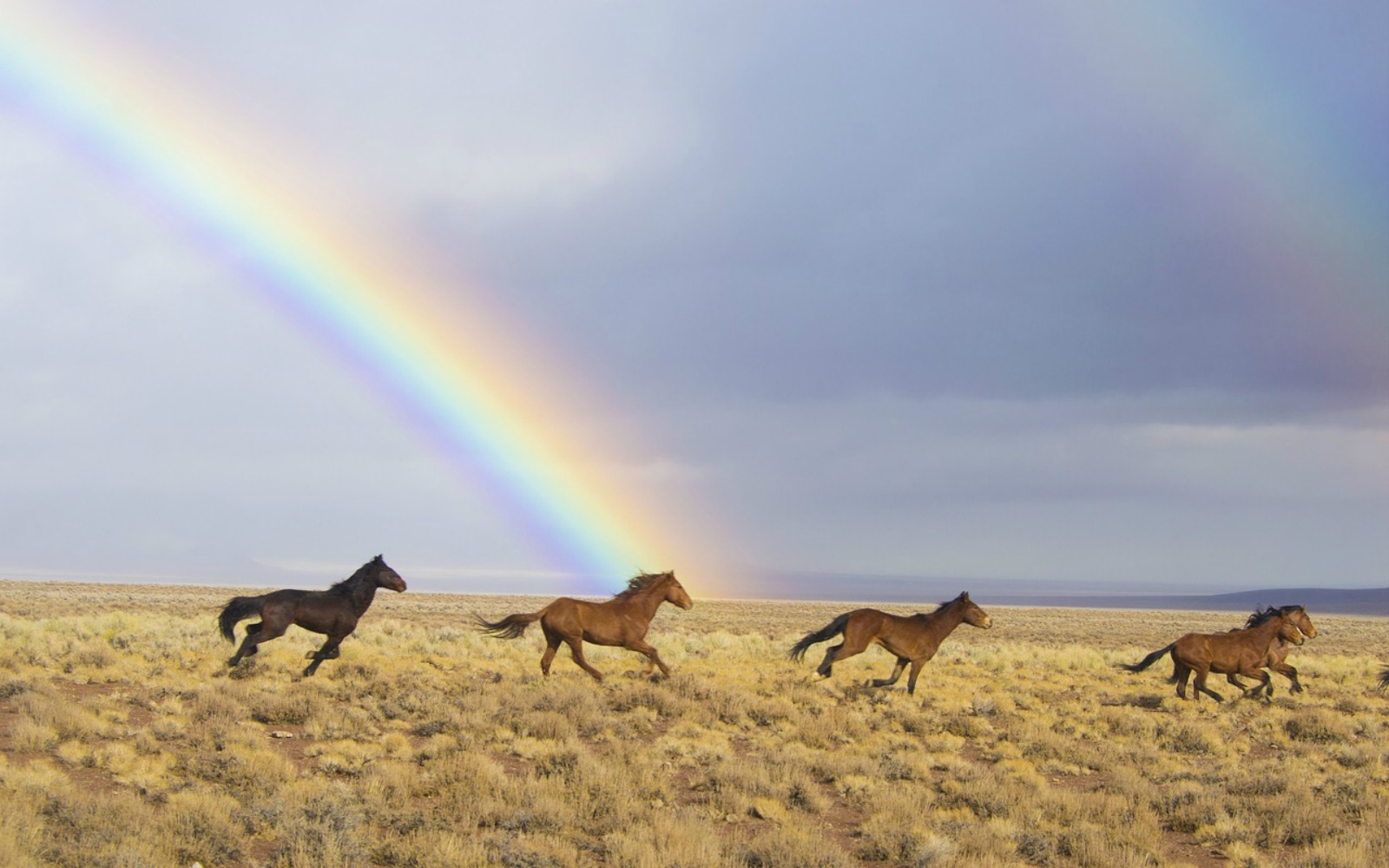 Chances are you have come across Mercy for Animals’ brilliant ad campaign – “Why love one but eat the other” which depicts a photograph of a cat or dog next to a cow or pig. It is thought provoking, to say the least. Sadly, to some, the connection remains to be made. The treatment of animals raised for food is beyond horrific. No legal rights or protections are afforded to them and their suffering is endless.

Think of the worst case of abuse inflicted on companion animals – it is not be tolerated. Yet it is easier to turn a blind eye to the misery endured daily by cows, pigs, sheep, and chickens. There is another disconnect present – comparing the slaughter of horses to that of farm animals. Mention to someone how horses are routinely slaughtered for human consumption and outrage ensues. Why do we continuously forget that society causes just as much cruelty to so many other gentle creatures?

The horse slaughter industry runs rampant, especially in Canada. Nearly 100,000 horses are slaughtered on an annual basis for human consumption. A large percentage of that number comes from the United States. It is a common belief that only the old, sick, and lame will end up on a transport trailer headed to the slaughterhouse. This is far from reality. Any breed, age or condition of the horse is at risk. Most enter the slaughter pipeline via livestock auctions frequented by kill buyers – individuals whose sole job it to purchase animals for minimal cost and profit by shipping them for meat.

Even pregnant horses can be slaughtered. 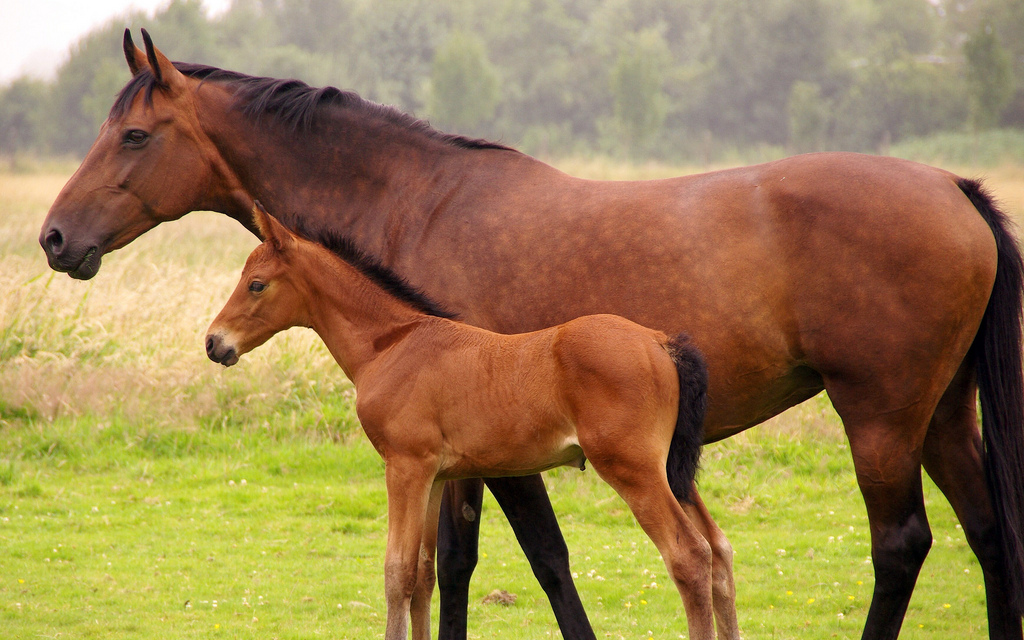 I have welcomed several horses at Penny Lane Farm Sanctuary that were destined for meat, ranging from a one-year-old registered quarter horse to a 13-year-old Belgian draft horse. Whenever someone new visits the sanctuary, I provide him or her with a brief overview of the resident’s history as I feel it is important to remember where they came from.

Usually, Lady’s story produces the greatest amount of shock and horror. She was pulled from the feedlot where she stood waiting to be loaded onto the truck to the slaughter plant – she was heavily pregnant and in her mid to late twenties. Most people simply cannot comprehend that a pregnant horse can legally be killed. It happens all the time.

I came to the realization that although one can be utterly disgusted with the idea that pregnant horses are murdered for meat, they choose to ignore the fact that pregnant cows are slaughtered every single day.

The View for Farmed Animals

Lately, I have been following the Light Movement on Facebook. It is a form of bearing witness to the suffering felt by thousands of farm animals as they make their final journey to the slaughterhouse. There has been an overwhelming influx of footage and documentation collected by animal activists present at a downtown Toronto, Canada slaughter plant for cattle. There is a constant flow of transport trailers crammed to the brim with scared and confused cows. Spent dairy cows make up a large portion as they quickly become unprofitable when they can no longer produce the required amount of milk.

Sentient beings that are full of emotion and life are provided no mercy. 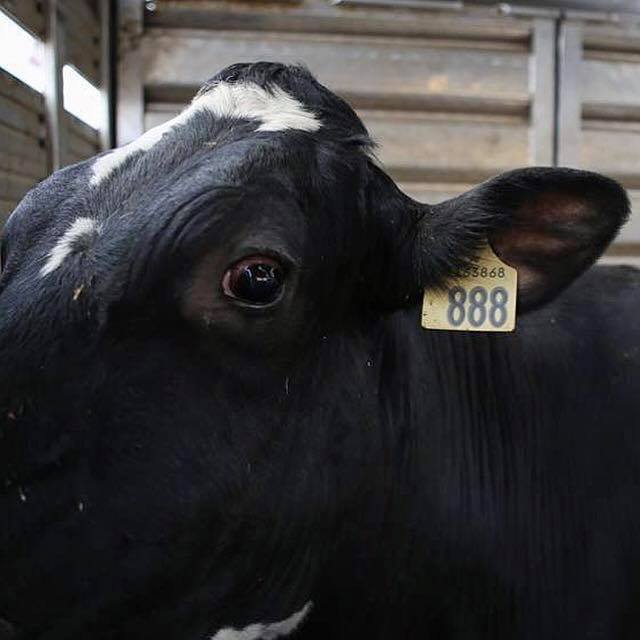 It is estimated that nearly 2.5 million dairy cows are slaughtered for meat annually in the United States alone. Day after day images appears on my Facebook newsfeed of deceased newborn calves being thoughtlessly tossed into garbage bins, their lives considered meaningless. This is common practice. Calves are cut from the bodies of their mothers during the slaughter process. Mother cows are senselessly slaughtered whether they are carrying a calf or not. Imagine being born into this cruel world only to be violently killed simply because your life had no monetary value.

Why do we continue to participate in and accept this?

“All creatures are deserving of a life free from fear and pain” as Maura Cummings once said. Whether they are cats, dogs, horses, cows, or pigs there is no difference between them in terms of emotional response and suffering. Why should any of their lives matter less?

The only way we can hope to foster a more compassionate world is to bring conversations like these to the fore, after all, education is the best way to make change. Educate yourself and others about animal welfare issues including slaughter. Visit a farm sanctuary to learn more about the plight of farm animals and horses.