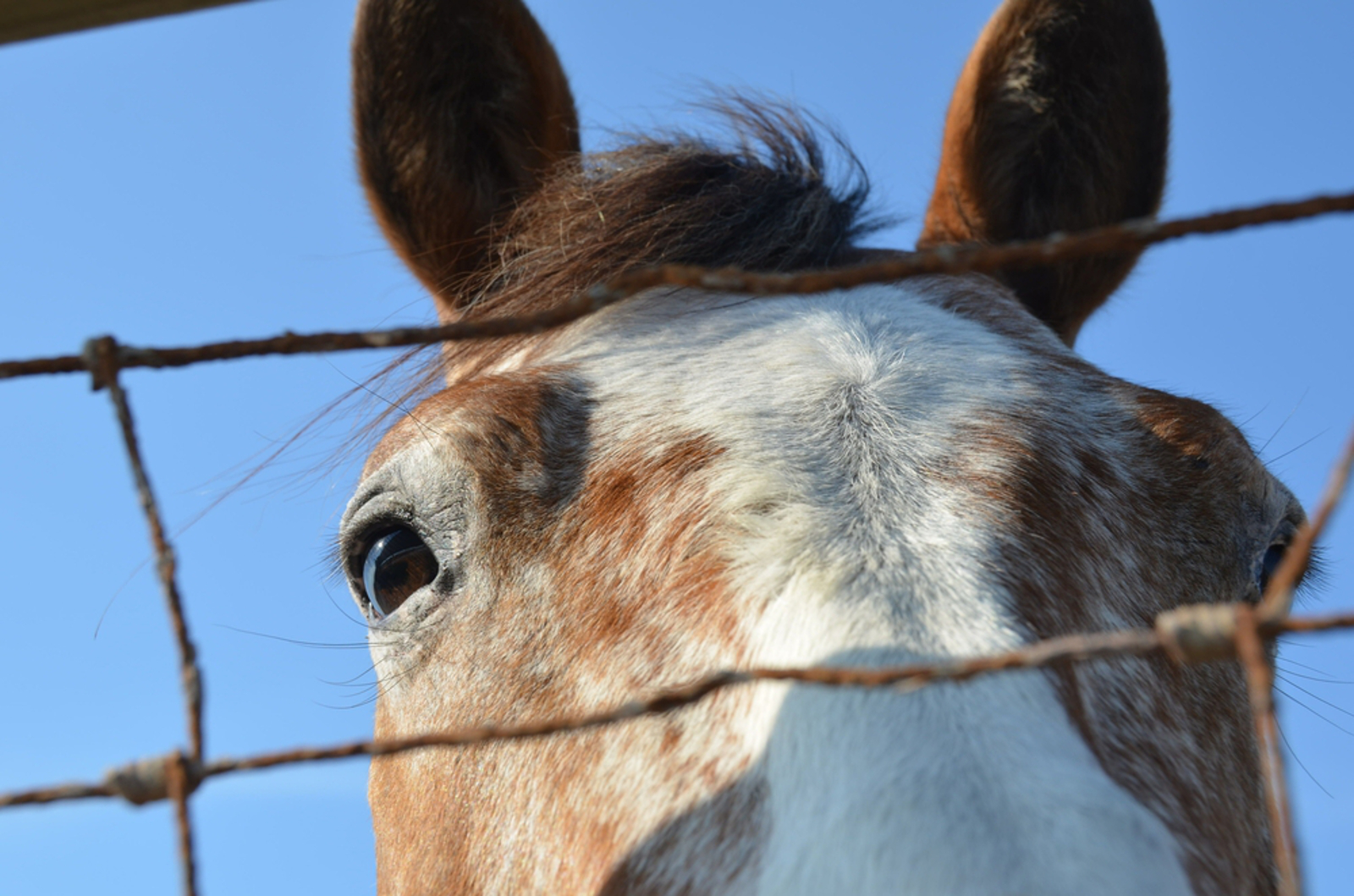 In an ever-changing world, we as a society are becoming increasingly aware of the true plight of animals raised for profit – mass cruelties that would otherwise continue unabated in the dark if it were not for the growth of animal advocacy. Large-scale industries such as factory farming can no longer hide in the shadows. Businesses based upon the exploitation of animals for entertainment are beginning to crumble under the weight of public pressure. Change is in the air, however, there are those industries that continue to operate undercover, hidden from view – the slaughter of horses for human consumption.

Horses are routinely slaughtered for meat in Canada and Mexico. It is estimated that nearly 100,000 horses meet this horrific fate annually – horses of any age, breed, and condition. One of the darkest sides to this industry is the live export of draft horses out of Calgary, Alberta, Canada to Japan. It is a secret that has operated successfully out of view for years until recently. Why is this allowed to continue? How can you help?

The horse slaughter industry is comprised of many moving pieces. There are no legal horse slaughter plants in the United States, thus horses destined for slaughter are either shipped to plants in Canada or Mexico, often traveling very long distances in overcrowded transport trucks without access to food or water. There is a common misconception that only old, lame, or sick horses will find their way to the slaughter plant, this is far from reality.

Young, healthy, and even pregnant equines can all be slaughtered for meat as well as horses that have been used in the racing industry. Even a child’s once beloved companion can find themselves in an auction house, purchased by a kill buyer, and loaded onto a transport truck. They way in which we treat these magnificent creatures is a disgrace. We continuously exploit them for our own purposes and throw them away when they are no longer of monetary gain. To make matters worse, there is another side to the slaughter industry, one that has somehow managed to remain concealed for so long – the live export of draft horses to Japan.

Live Export From Canada to Japan

Every year nearly 7,000 draft horses are live-shipped out of Calgary, Alberta to Japan for the sole purpose of slaughter for meat. This is an industry that has been very successful at hiding its dark secrets from the public. Thanks to the animal advocacy group, the Canadian Horse Defence Coalition (CHDC), the live-export of these “gentle giant” draft horses is finally getting the attention it deserves.

In 2012, the CHDC issued the first press release on the subject – “Footage taken of Alberta horses being shipped live to Japan for slaughter shows that the Canadian Food Inspection Agency (CFIA) is violating their own standards set forth in the Health of Animals Regulations.  The Regulations prohibit the transportation of all animals under conditions that would expose the animals to undue injury or suffering.”

The footage obtained by the CDHC also showed horses being forced with electric prods onto transport trucks heading to the Calgary International Airport. Animals, which can reach weights well over 2,000 pounds, are crammed into flimsy wooden transport crates, often with several other horses in the same tight space. The crates are so small that they prevent the horses from being able to stand in their natural position. Not only are these sentient beings being subjected to high levels of continual stress, there have also been numerous reports of horses falling during take-off and landing while confined resulting in severe injury and even death. The time the horses leave the feedlot in Canada to the time of their arrival in Japan can exceed well over 36 hours – the maximum allowable time a horse can be denied food and water according to the Canadian Food Inspection Agency (CFIA). At their destination, horses are transported to a feedlot where they will remain until they reach desired weight for slaughter. Each one of these draft horses has an estimated value of approximately $20,000. Their entire lives reduced to mere dollar signs.

The Canadian Horse Defence Coalition has fought for years to expose the live-export industry – “repeated investigations have shown the dire conditions for these horses who are unfortunate enough to be shipped overseas by air cargo, then are slaughtered on another continent where Canada has no oversight and where our laws have no jurisdiction.” As long as there is a profit to be made, laws are ignored and the horses continue to suffer.

The notion of viewing horses, and all animals, as individuals instead of as objects for profit should not be as absent as it is. Yet we continue to exploit and cause undue suffering on a daily basis. Subjecting draft horses to such misery and pain in order to make a profit from their deaths is barbaric. If you are in Canada, please take a moment to sign the

If you are in Canada, please take a moment to sign the petition asking Atlas Air to end the shipment of live horses to Japan for slaughter. Educate yourself and others by following the Canadian Horse Defence Coalition’s campaign to help the gentle giants. Support your local equine sanctuaries that are providing safe-haven for horses that were once destined for slaughter.