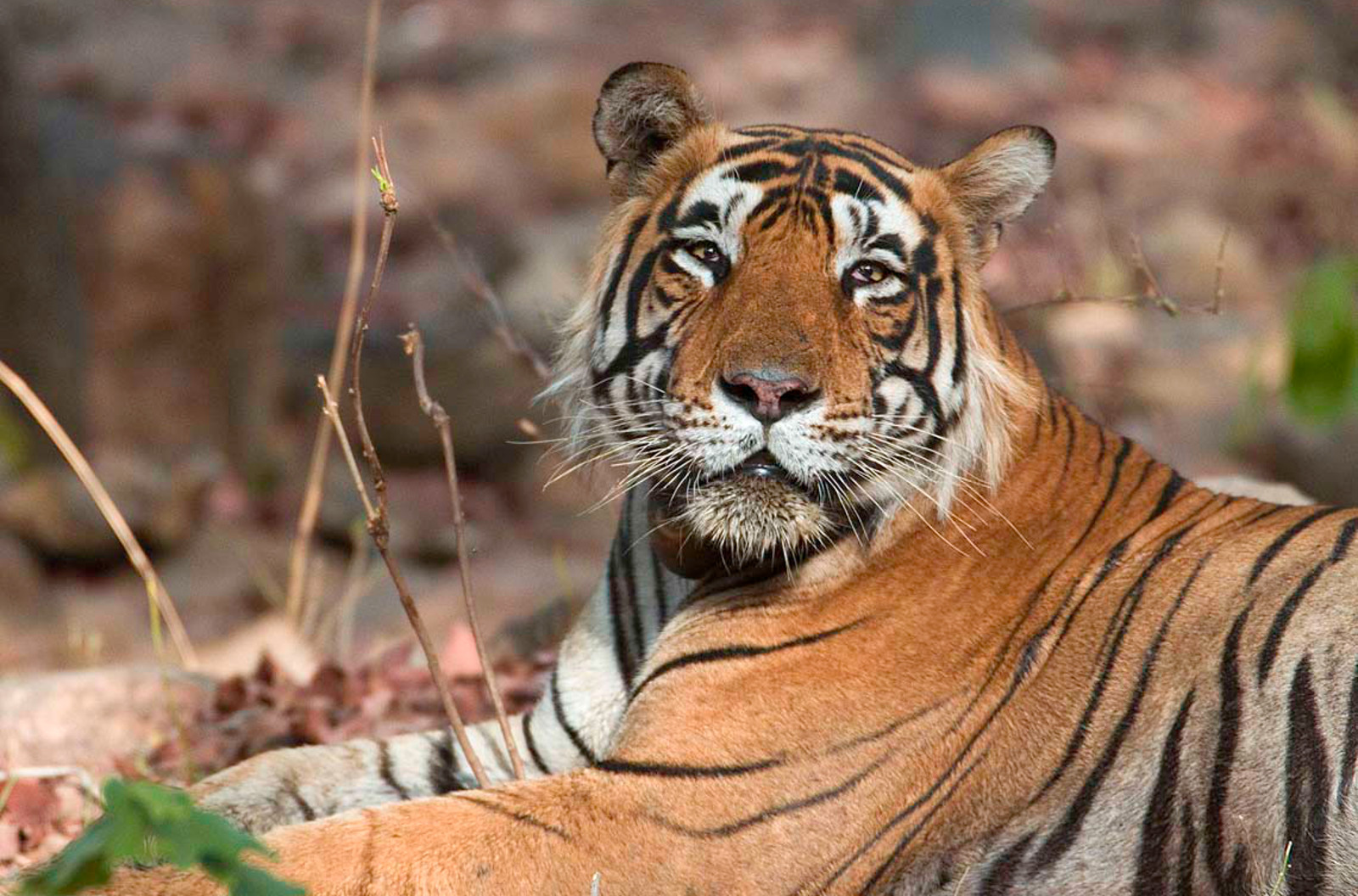 The Big Cat and Public Safety Protection Act is simply the most important piece of legislation to ever be introduced to protect lions, tigers and other exotic wild cats.  This bill will be introduced in the 2015 legislative session of the United States Congress; and in 2014, had the bipartisan support of 119  lawmakers.  We are optimistic that this bill will obtain enough support to finally be passed into law this year; and is supported by all the major animal welfare organizations, including the Humane Society of the United States (HSUS), The International Fund for Animal Welfare (IFAW), Born Free USA, Big Cat Rescue, and others.

So What Exactly Is the Big Cat Public Safety Act?

Why Do We Need This Legislation? 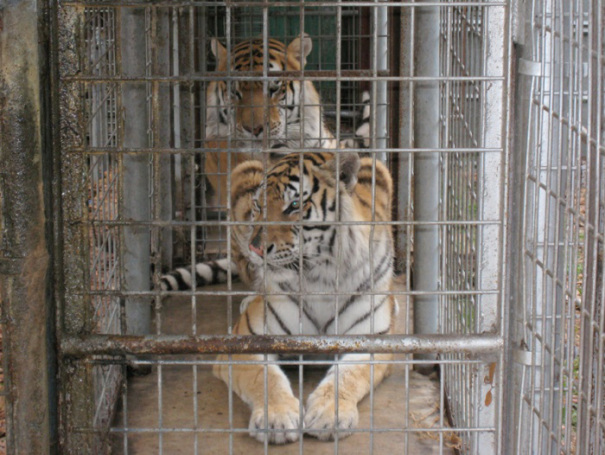 First and foremost, it protects humans and it protects animals.  It is estimated that there are somewhere between 10,000 and 20,000 big cats currently held in private ownership; but of course, the exact number is a mystery.  But in the past 21 years, there have been 22 reported deaths, 248 maulings, 260 escapes, 144 big cat deaths and 131 confiscations as a direct result of the private ownership of the big cats.  These big cats include tigers, lions, cougars, leopards, jaguars, cheetahs and others.

Secondly, it is necessary to protect the welfare of the animals.  Big cat owners generally fall into two categories.  Private owners often take in a pet lion or tiger cub, believing they would make a wonderful pet.  Unfortunately, there are not a lot of 400 lb., 500 lb., or 700 lb. animals that make good pets and once fully grown,  the private owner then realizes he or she is incapable of managing or taking care of the big cat. Consequently, the animals are frequently abused and often spend their entire lives in cages with barely enough room to move. 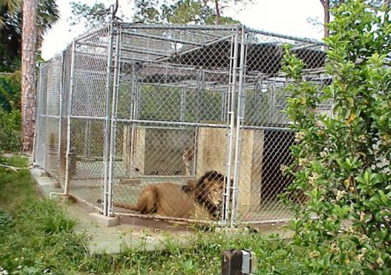 The other private owners are those for-profit operations that disguise themselves as conservationists and would have you believe that they have the big cats’ best interests at heart.  They do not.  They intensively breed big cats to feed the trade.  They prematurely take the cubs away from their mothers, subject them to the constant handling of hundreds of paying customers that are willing to pay good money to hold and be photographed with a cub.  The cubs are often drugged and sedated so that they will be calm and behave during this interaction.  Once the cubs are too big, they are sold to roadside zoos, sold as backyard pets, sold on the black market for their hides and bones, or just killed outright.

The deplorable living conditions of the big cats are the rule and not the exception. Even the regulations promulgated by the USDA under the Animal Welfare Act (AWA) set minimum standards that allow these cats to spend their entire lives in small, concrete and chain link cages that are in effect prison cells.

And even when these minimum standards are not met, the USDA only has about 100 inspectors nationwide to police over 2,700 exotic animal exhibitors and thousands of other animal facilities.  These facilities are often cited but only the worst of the worst are ever shut down. As a result, the vast majority of big cats live in conditions that any compassionate person would view as cruel and inhumane.

Don’t Be Fooled By the Critics

In my research, I read an email published through Open Congress and was compelled to include certain sections of this letter for response.  I do this because there are probably other critics of this legislation that have similar opinions which quite frankly, are based upon misguided beliefs and incorrect analyses.  Understanding the intent of this legislation is important.  Therefore, I have provided this email below, with an applicable response to each section.

Email Comment “A small group of feline sanctuary owners think they are the only people who should be allowed to possess wildlife, and PETA, HSUS and Born Free are promoting this act because it furthers their main goal of forcing captive populations into extinction. These animal rights extremists truly believe two things – “ better dead than bred”, and “they belong in the wild”. The Big Cats and Public Protection Safety Act combine both these crazy goals, making big cat species unavailable for photography, movies, circus, television, movies, stage shows, private possession, outreach education, nature centers, or independent zoos.”

Response: First of all, I do not like and have never cared for the word “extremist”… particularly when it is used to make a blanket generalization across a wide swath of people. In all walks of life, there will always be those people who meet this definition of extremist.  However, to suggest that legislation designed to protect exotic cats from living in deplorable, abusive, and horrendous living conditions, to protect the general public that is at risk if these animals were to escape, and to take steps to crack down on the black market of illegal trade of these exotic animals is not exactly what I would view as that promoted by extremists.

Further, I would speculate that the majority of Americans, if they read this legislation, would be in favor of this.  And if this is the act of extremists, then count the 119 congressional representatives that supported this bill last year as part of that group!

And ask this “small group of feline sanctuary owners” to state their ultimate goal and they will unequivocally emphasize their desire to go out of business.  These sanctuaries only exist as a safety net for the big cats that are deserted by their former owners because surprise, surprise – big cats do not make good pets.  They are the safety net for those roadside zoos that are mercifully shut down after years of abusing, neglecting and mistreating these beautiful animals.  They are the safety net for those animals that are no longer considered cute enough to be displayed in public.  So, the idea that they believe “better dead than bred” is incorrect. Without these dedicated organizations, all of these exotic animals would have been euthanized or killed long ago.

Finally, why do these animals need to be made available for photography, movies, circuses, television, stage shows and private possession?  Many of these groups are the cause and the exact reason this legislation has been introduced in the first place.  All wild and exotic animals can be filmed freely in their natural habitats in the wild.

The only groups referenced in this email deserving further conversation and debates are the outreach education centers, nature centers and independent zoos.  The simple answer is that any organization desiring to own exotic animals must be AZA accredited.  I am not going to profess my expertise on what one must do to qualify for this accreditation.  However, nothing would prevent the AZA to coordinate efforts with these groups and those that truly meet standards in place to protect these animals would receive such accreditation. 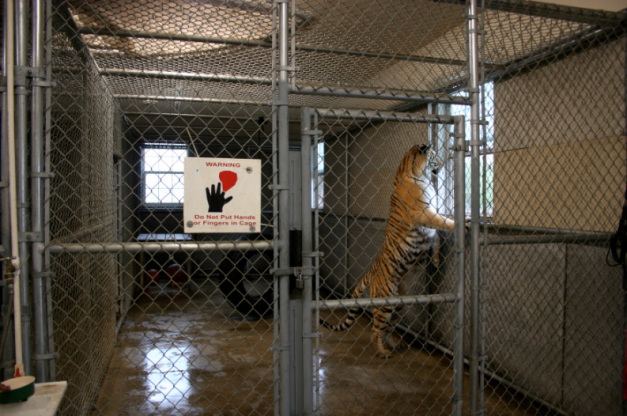 The Question of the Illegal Wildlife Trade

Email Comment: The Big Cats and Public Protection Safety Act is a deceptively named piece of legislation that seeks to force the extinction of American-held wild feline species. By implying that American held big cats are being involved in the global black market, without any evidence to back up this statement, and using the phrase “public safety” in the Act’s title and supporting language, this animal rights agenda is dishonestly packaged.

Response: There is nothing deceptive about the name.  If you wish to focus on the public safety aspect of this legislation: 22 deaths,  248 maulings, 260 escapes, 131 seizures.  But of course, it is true that the act must include Public Safety in the title because there are many out there that do not have the compassion for animals.  If this bill was entitled the “Protect Big Cats Act”, it would not create the same level of support.  That is unfortunate, because of course, the animals do deserve this type of protection.  But call it what you will.  The act protects both humans and the big cats.  Is that a bad thing?

Finally, to address the issue as to “no evidence to back up the fact that Americans are being involved in the global black market of selling these exotic cats”.  First of all, the black market is a shadow market that trades in illegal traffic or in officially controlled or scarce commodities. Economic activity is not recorded and taxes are not paid.  If the black market was transparent in its activities, what was bought and sold, it wouldn’t be a black market.

However, according to the Animal Legal Defense Fund, the illegal trafficking of rare and exotic wildlife is estimated to be a $10 to $20 billion dollar industry; and according to United For Wildlife, the illegal wildlife trade is the fourth most lucrative trade industry, only surpassed  by drugs, human trafficking and the arms trade.

With a trade that substantial, poaching alone could never support this type of demand.  Is the United States the only country with citizens involved in this black market activity?  Of course not.  However, with an estimated 10,000 to 20,000 exotic big cats in private ownership in the U.S., and a $10 to $20 billion illegal trade industry, I don’t believe it is a stretch to assume that  there is a measurable connection between the two.

This legislation is simply the most important piece of legislation to ever be introduced to protect lions, tigers and other exotic wild cats.

Secondly, listen to a radio interview with Howard Baskin , CFO of Big Cat Rescue; or research this issue so you can better understand the plight of these big cats. Not only those in captivity, but of the lions that roam the African and Asian plains. Knowledge is power and the more you know, the better you can communicate the issues and make positive change.

Third, find your United State Senators and Representatives with this link, including name, phone number, mailing address and email address, here.  Then click on this link and email your congressional representatives.

Fourth, keep your eyes and ears open.  If you see what appears to be a potential abusive situation, report it.  Facebook and social media have proven that pressure from the masses can successfully force action.  Governmental agencies simply do not have the manpower to oversee and monitor on their own.  They depend upon citizens to speak up and report cases of animal abuse…including exotic animals as well as domestic pets.

Remember, we must speak for those who can’t.  As stewards of our environment, it is our responsibility to protect these magnificent creatures.  Passage of the Big Cat Public Safety Act in 2015 will represent a significant victory for both the big cats and for the general public.