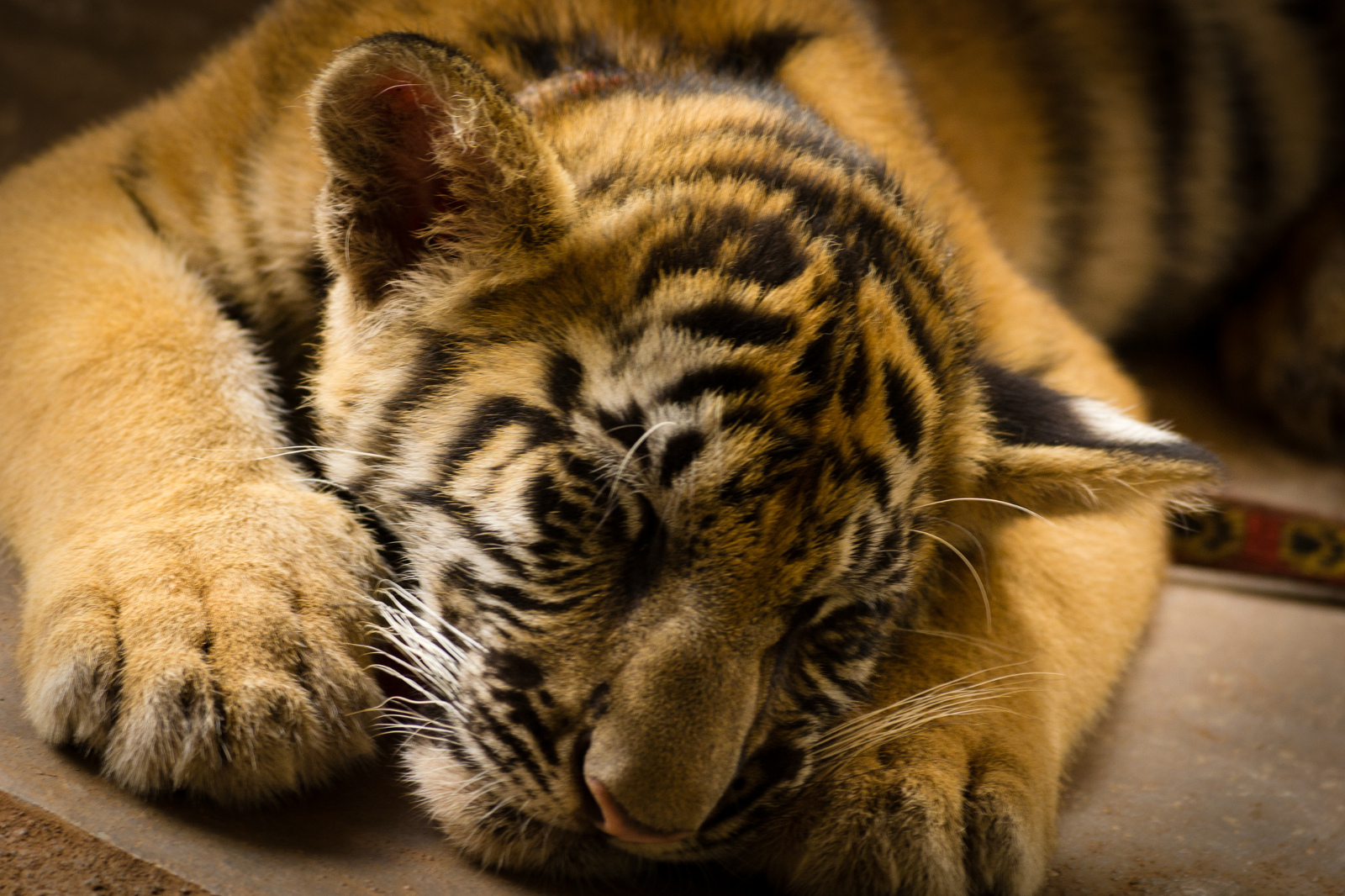 When the phone stops ringing from people trying to abandon their exotic cat, our job will be done. Thanks to all of you who write letters and fund our mission, that day is getting closer and closer to being a reality. Saying “no” is the hardest thing we do here, but our commitment is to a lifetime of care and we won’t jeopardize that by taking on more big cats than we can safely handle or feed. In just the last few years, there have been 16 big cat facilities that have gone under where they had from 10 to 60 big cats at the time. We know that it will cost us about $10,000.00 per big cat, per year to care for them until they die of old age. In most cases, people who call looking for a home for their cats are trying to get rid of last year’s cubs that they cannot use any more. With proper care those cats will live another 20 years.

People often ask if it is hard to start a sanctuary and it is not. What is hard is doing it in a way that doesn’t add to the problem. When people found out we had rescued the cats from the fur farms back in 1993 they started calling and asking us to take their lions, tigers and leopards that they had foolishly obtained as pets, when they were cute little cubs, but now did not want.

By 2003, we had to turn away 312 big cats that we did not have the finances to rescue for their 20 year lives. Every other year that number was doubling. We knew that if we couldn’t take them in they would almost always end up in miserable conditions or thrust back into the breeders’ hands to create more animals that would be discarded the following year as they matured.

It was heartbreaking to have to be turning away a big cat almost every day. It made all of the hard work we were doing to care for a big cats seem pointless when the bad guys were increasing the number of suffering cats faster than we could raise money to save them. A bill had stagnated for six years in Congress that would have stopped a lot of the problem, but it is hard to get lawmakers to hear a bill about protecting big cats when there are so many other issues vying for their time. We used every opportunity to inform our volunteers and visitors about the importance of the bill and in Dec. 2003 the Captive Wildlife Safety Act passed.

One Law Saved More Big Cats Than All of Us Combined

The Captive Wild Animal Safety Act made it illegal to sell a big cat, across state lines, as a pet. There were a lot of parameters but the breeders must have seen the handwriting on the wall, and many stopped breeding. The following year, instead of turning away, what we expected to be 500-600 big cats, we “only” had to turn away 110. By 2011, that number dropped to 15 as 10 more states have banned the private possession of big cats and many more are cracking down on an industry that has been largely left to run wild. There have been a couple of spikes in numbers since 2011, but it is usually from “sanctuaries” who rescued their way to bankruptcy, who then became part of the problem, rather than the solution.

Now the number one reason for unwanted big cats is that they are used as pay to play props and as a way to attract the public to zoos, pseudo sanctuaries and con artists who assure the public that the cats have been bred to save the species from “extinction.” None of these backyard breeders are involved in any real conservation efforts and there are no release programs for big cats because there is no appropriate habitat reserved for them. Cubs are bred, used and then discarded as yearlings to well-meaning rescuers who love being able to help a big cat. These same “rescuers” often post pictures of themselves petting the big cats, silently saying to the world, “Do as I say, and not as I do,” while proclaiming, “these animals don’t make good pets.” And so the cycle of abuse continues. 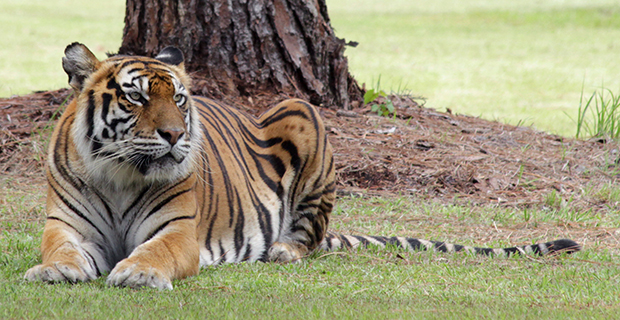 A couple years and a hundred big cats later, these pseudo sanctuaries realize that they can’t rescue their way out. A rescue brings in money up until the day the cat gets to the sanctuary. After that, most donors and volunteers are usually looking for the next “feel good” event where they can rescue a big cat. This lack of planning for the long-term quickly reaches a tipping point. The animals already rescued begin to go without vet care, regular meals, and their cage space is filled with more and more big cats, often causing injuries and death. Before long the pseudo sanctuary is calling around the country looking for someone to take all of their “rescues” off their hands. But there is no place for them to go.

The state and federal government don’t intercede until the situation is so dire, that public outcry won’t let them ignore it any longer, because they know there is nowhere for the cats to go, and they don’t want to be perceived as bad guys stepping in and seizing a bunch of charismatic tigers. We have seen abuse and neglect that will turn your stomach in facilities that are currently “in compliance” with all state and federal agencies. Recently Ohio and New York have really cracked down on backyard breeders and have seized big cats. We have assisted in those raids and in the placement of the animals they take, but sometimes the cats have to be held in state facilities while the owners drag it out in court.

Just this week we have offered to help take in or place animals from seven exotic owners who were given their last warning in Ohio. We make the offer first to the owners, if we can find them, such as Kenny Hetrick of Tiger Ridge, and then to the authorities, to let them know there is a safe place for every cat they seize. Just last month we offered to take in and help place 27 white tigers, owned by John Cuneo of the Hawthorn Circus. In that case I spoke with his tiger manager who said they currently spend about a quarter of a million dollars a year just on food and vet care for the cats, which is what it would cost us. I told him that Cuneo was made rich off the suffering of these tigers and can afford to provide for them until they die of old age. He had tried to dump them in Ohio, right before Ohio passed their ban, so now he was getting desperate to unload them so he can retire to his mansion in Sarasota. The jury is still out on whether or not he will set up a trust fund for their care and let them come here or go to another good sanctuary, but I’m not holding my breath.

The number of big cats in peril have been dropping dramatically and others in the sanctuary field have reported similar findings. Two of the most telling are that some sanctuaries are dropping the reference to feline (cat) in their names and are turning their attention to wolves and bears. (A similar bill the Captive Wild Animal Safety Act is expected to pass soon that will restrict the primate trade, which is sure to decrease the number of monkeys in need of rescue.) Valori Russell, CEO of the American Tiger Rescue said during a recent visit to Big Cat Rescue, “I was getting 50 calls per year from 2004 – 2007. I’ve only had 2 calls by mid-2008 but by the time I returned their call they had already placed the cats.”

Big Cat Rescue adheres to a strict Acquisition Policy. It is a set of guidelines we developed to take the emotion out of the decision and use facts. Two key facts for us to consider are: Can we afford to take this cat in and care for him until he dies? The other is: Who is going to clean his cage and deliver his food each day? We have an excellent safety record because we require two years of training and a commitment of at least eight hours per week for our Keepers to be allowed to care for Leopards, Lions and Tigers. Up until then, they care for the smaller cats of cougars on down.

Of the 62 cats who were abandoned in 2014, we took nine and offered to take 16 more but there was one issue that kept us from taking those 16 cats; the owners refused to sign an agreement that they wouldn’t just go right back out and buy another one. We aren’t ending the problem if we just allow irresponsible people to dump last year’s baby on us, so they can go out and buy or breed more.

There is a Solution and YOU can be Part of it

There is a solution and we are making that legislative agenda a priority. The ultimate answer is to end the practice of keeping big cats captive and we have been championing a bill before congress during the last two sessions. We hope to have it reintroduced soon and will be asking you to help us take it across the finish line this year. It will ban the private possession of big cats. Owners can keep the cats they have, but cannot buy or breed more. Once this passes, 99 percent of the abuse will end because cubs won’t be bred for pay to play sessions and then discarded. Once we have ended the problem at its root we can take on more animals without the need for the contracts because the owners won’t be allowed to continue buying and breeding more big cats for life in cages.

To learn more about how you can help promote legislation to ban big cat captivity and ownership, click here.