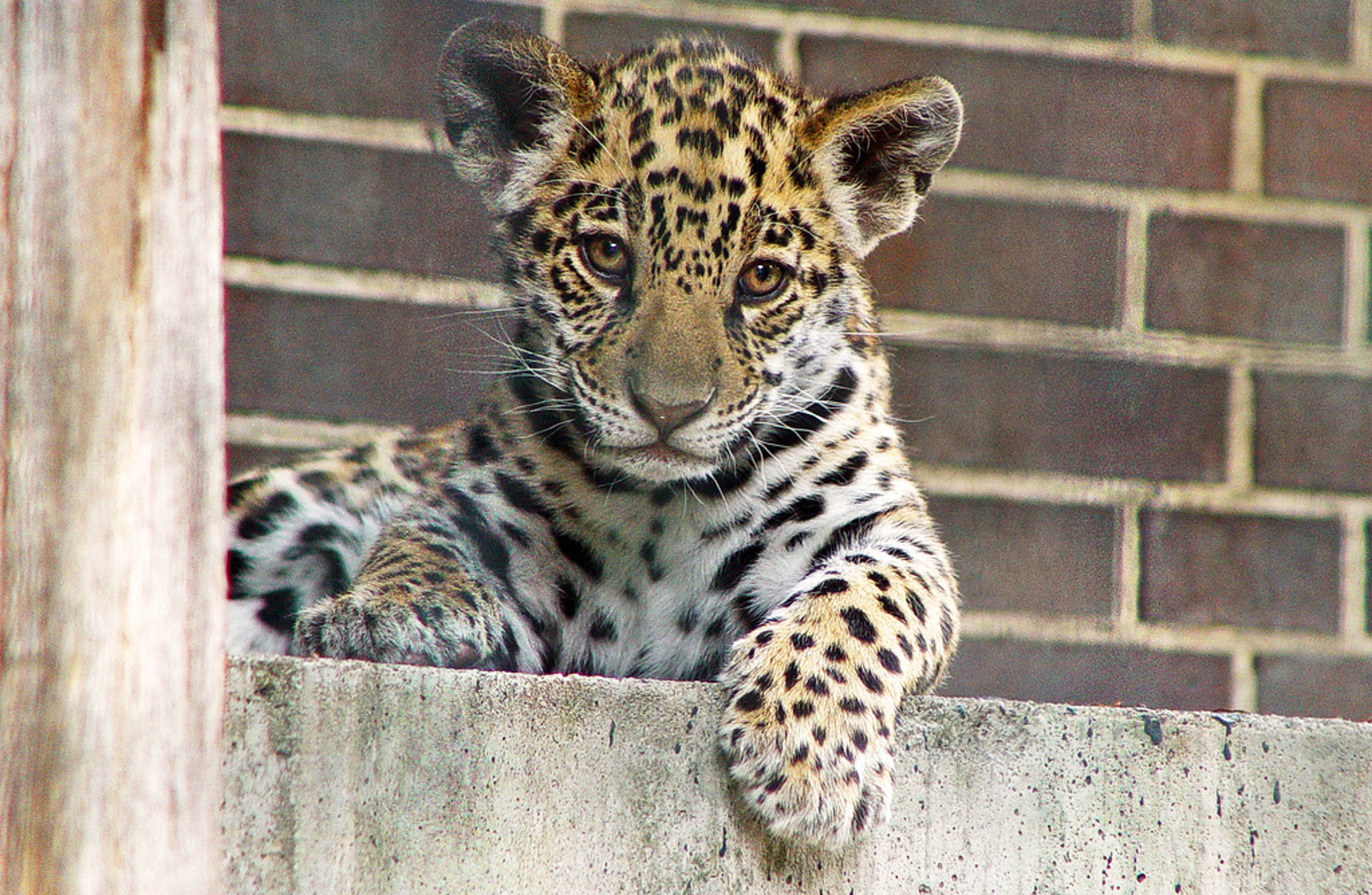 All animal lovers dream of getting the chance to interact with their favorite animals. The prospect of seeing an elephant up close or getting to pet a tiger is incredibly exciting, but doing so in the animal’s natural habitat isn’t exactly realistic. After all, these are wild animals and trying to approach one like you would a cat or dog probably wouldn’t end well, for any party involved.

For this reason, attractions featuring “trained” and “domesticated” exotic animals have gained popularity across the world. Elephant trekking excursions and interactive tiger attractions are the go-to stops on trips to Thailand, offering tourists the chance to experience animals up close and personal. While these attractions appear to be fun from an outside view, in reality they involve an enormous amount of cruelty.

These animals are captured from the wild, usually as babies, and subjected to a cruel “breaking” process. During this process, they’re starved and beaten until they become submissive to humans. This sort of cruelty carries on for the animal’s entire life, all for the sake of profit.

While most people assume that this sort of cruelty only happens in other parts of the world, there are a number of incredibly cruel animal attractions that can be found right here in the U.S.

The highway is no place for a wild animal, but that doesn’t stop animal exhibitors from displaying tigers at truck stops or bears at ice cream shops. In fact, there are many roadside attractions that use exotic animals as a ploy to draw in tourists in the U.S.

These animals are typically privately owned, kept by exhibitors who are not accredited by the Association of Zoos and Aquariums. Most exhibitors are not prepared to care for exotic animals and have little to no knowledge of the proper diet or physical needs for the animals they keep.

Three Bears General store, located in Pigeon Forge, Tennessee, features an entire live bear “habitat” where visitors can feed Himalayan black bears. The bears are kept in tiny concrete enclosures and forced to endure the stress of being exposed to tourists. The bears are locked out of their private “dens,” unable to escape the public. The U.S. Department of Agriculture has cited the store multiple times for violating animal welfare laws and allowing guests to pelt dog biscuits (sold as “bear snacks”) at the animals.

Another well-known example of this type of attraction is the Tiger Truck Stop in Grosse Tete, Louisiana. This gas station features Tony the tiger, a full-grown Bengal-Siberian mix who has been held at the stop for nearly 15 years. It is illegal to own exotic big cats in Louisianna, however, Tony was “grandfathered” in as his owner purchased him prior to 2006. 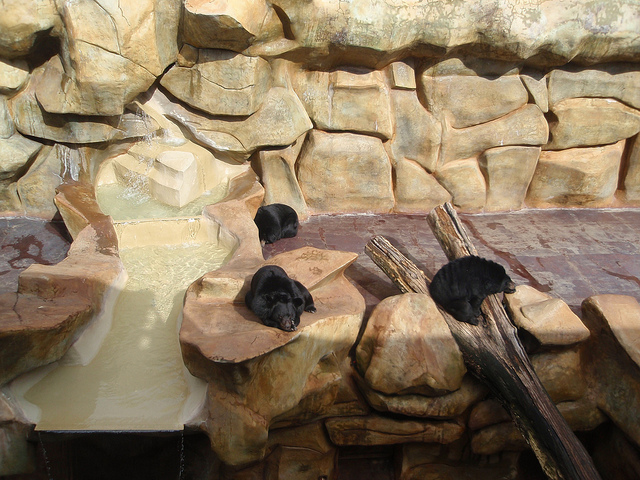 Trophy hunting is a cruel sport that most people associate with exotic safaris that take place in Africa. However, “canned” trophy hunting occurs across the U.S.

Canned hunting, also known as captive hunting or high-fence hunting, involves taking animals from the wild and shipping them to the U.S. where they are fenced in and hunted by customers. There is no way for the animal to escape death, even with its best efforts to run and hide. Sadly, many of these hunts involve exotic and endangered species imported from other countries.

Several species of African animal, including lions, are bred and hunted at “game ranches” in Texas every year. In Colorado, you can shoot elk that have been raised in captivity and live in small pens. In Virginia, wild red fox are caught and released into an enclosed area for people to hunt with their dogs.

Shockingly enough, there are no federal laws that oversee these activities, so the cruelty can and will continue. If you are interested in stopping this cruel practice, you can make a call to your U.S. Representative to urge their co-sponsorship of H.R. 2210, a bill designed to crack down on captive hunts. 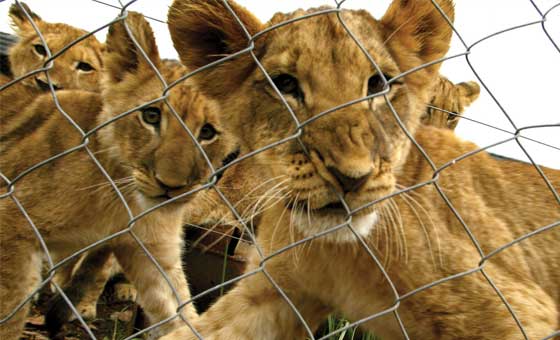 Roadside zoos that offer visitors the chance to pose with exotic animals, including big cats, are the epitome of wild animal exploitation. These facilities often breed exotic big cats in captivity and use the cubs as photos props to draw in tourists. Although these attractions claim that the animals enjoy being handled by animals, this is far from true. Cubs are taken from their mothers and declawed to make them safe to handle. Some also have their canine teeth removed, rendering them “harmless.”

The Humane Society of the United States recently investigated two such tiger attractions located in Oklahoma and Virgina. Not only were the cubs at both facilities malnourished, but they were infected with ringworm and giardia, both of which can be passed to humans. When the cubs grow too big to be considered “cute,” they are discarded or sold to another facility or private buyers. It is not uncommon for grown tigers to end up at canned hunting facilities.

Given the fact that there are now more captive tigers in the U.S. than there are in the wild, it is highly likely that there are countless other abusive attractions like these across the country. 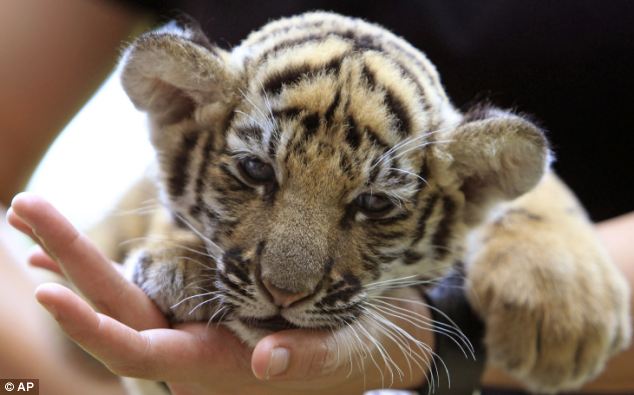 Animal abuse and exploitation can be found across the world. While it might be easy for us to look at how other countries and cultures treat animals and pass judgment, we need to start looking at our own practices with the same scrutiny. These attractions might seem bizarre or extreme, but they’re really not all that different than zoos or circuses when you think about it. Our culture has normalized animal exploitation as much, if not more, than any other, so if we want to stop this abuse, we have to start at home.

By refusing to buy a ticket to see captive animals of any kind, you can play a part in shutting cruel attractions down. Share what you’ve learned with others and slowly, but surely we can put an end to this cruelty for good.