Tommy is perhaps not so remarkable, as chimpanzees go. Like many others before him, he found his way to private ownership in the United States, spent years as a performer in a circus, and ultimately ended up in a desolate cage in a warehouse without any other chimpanzees for company. His only entertainment, a small television set.

The Fight for Chimpanzees’ Legal Rights

Tommy is different from most chimpanzees in one important respect: he could be one of the first nonhuman animals in history to be granted true legal rights.

Since December 2013, the Nonhuman Rights Project has filed several lawsuits in New York aimed at persuading a court that chimpanzees, among other species, possess sufficient cognitive abilities to be considered “persons” for the purpose of a common law writ of habeas corpus (Latin for “you have the body”), which has long been the only reliable means to ensure liberty from unjust imprisonment. The “common law” is the law judges make, as opposed to statutes, constitutions, or other sources. We ask courts to free nonhuman animals from conditions of unjust confinement, and in the process find that they are legal “persons.”

We have thus far filed suit on behalf of four chimpanzees. We found Tommy peering through the bars of his cage. Tommy has since been moved to a roadside zoo in upstate Michigan. Hercules and Leo were born in a research institute and were held at Stony Brook University in New York for six years and used in locomotion experiments, where researchers sliced wires into their muscles and subjected them to frequent administrations of general anesthesia. Hercules and Leo are currently “living” at the New Iberia Research Center in Lafayette, Louisiana, which “owns” them and leased them out for research (before the recent change to the Endangered Species Act took effect last September, which reclassifies all chimpanzees, including captives, as “endangered” and now severely limits research on them).

Leo, at the Stony Brook University where he and Hercules lived for six years before being sent back to New Iberia, in Louisiana in December 2015. 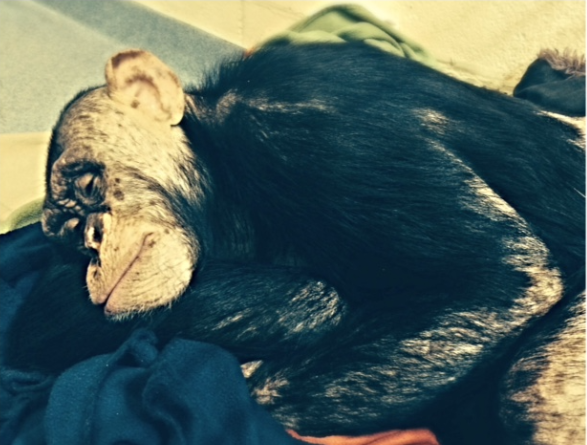 The fourth plaintiff is Kiko, a former television performer (“Tarzan in Manhattan”), who was beaten so badly on the set that he was left permanently partially deaf. Kiko lives in a cage in a storefront building in a crowded residential area in Niagara Falls. 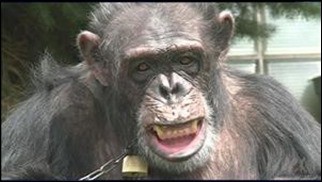 The Nonhuman Rights Project demands not only that courts recognize these chimpanzees’ fundamental legal right to liberty, but asks that they be sent to sanctuary. Save the Chimps, one of the world’s premiere chimpanzee sanctuaries, has offered to accept them for the rest of their lives. At Save the Chimps, Tommy, Kiko, Hercules, and Leo would — for the first time in decades or ever — be able to live with some semblance of normalcy, with dozens of other chimpanzees on sprawling, outdoor artificial islands in South Florida.

We have begun a long struggle with a species that has been intensively studied, and which possesses characteristics we believe are sufficient (though not necessary) to qualify for legal personhood and certain rights. We are by no means saying that these are the only species deserving of rights.

The new Pennebaker Hegedus/HBO documentary film, “Unlocking the Cage,” documents the work of the Nonhuman Rights Project and offers a window into the glimpse of the great civil rights movement of our time — the pursuit of genuine rights for animals.

The film follows in the wake of several recent critically-acclaimed documentaries on animal rights issues, including “The Cove,” “Blackfish,” and “Tyko: Elephant Outlaw.” However, “Unlocking the Cage” is primarily an intellectual and emotional drama, with hardly any graphic depiction of animal abuse, just enough to convey that the “thinghood” of animals—and their utter lack of fundamental rights—exposes them to a dizzying array of abuses at the hands of humanity.

The film is the product of legendary documentary filmmakers Chris Hegedus and D. A. Pennebaker, who have previously documented international rock stars such as David Bowie and Bob Dylan, the 1992 Clinton presidential campaign, and many other great stories about passionate and driven people.

Steven Wise, below, the founder and president of the Nonhuman Rights Project, is just such a person, as is his team of lawyers and other experts. 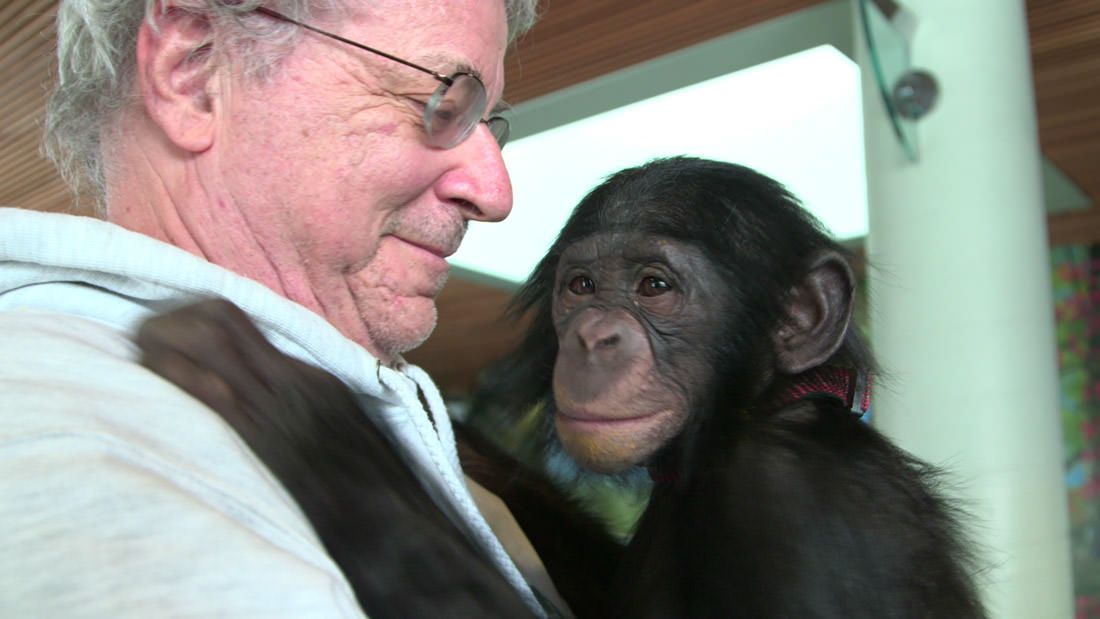 The Hollywood Reporter says in its review of the film that, “’Unlocking the Cage’ makes its case for reevaluation of non-human animals’ legal status in crisp, convincing fashion. Filmmakers Chris Hegedus and D.A. Pennebaker mix interviews with an array of testimony from medical and scientific experts and intersperse clips of animal abuses. The film delineates the lengthy creative and legal crusade that Wise and his team, the Nonhuman Rights Project, have undertaken.”

The reach of the film is expanding by the day. After premiering to great interest and acclaim at the Sundance Film Festival this year, the film is being accepted to a growing number of film festivals around the world, and will begin a theatrical release later this year. The film will eventually run on HBO, BBC, as well French, Dutch, Swedish, and German national television. The goal of the film has long been to take the fight for animal rights to the global stage and partner with others who want to see a more just and equitable world for humans and nonhumans alike.

The work of the Nonhuman Rights Project began 30 years ago and is the product of tens of thousands of hours of volunteer research. We recognize this is a big fight, and we are in it for the long haul. As Steven Wise said in his TED talk last year, quoting Winston Churchill, our lawsuits are not the end of the battle, they are not even the beginning of the end; but they are, perhaps, the end of the beginning.

You can support our work by going to the Nonhuman Rights Project website.