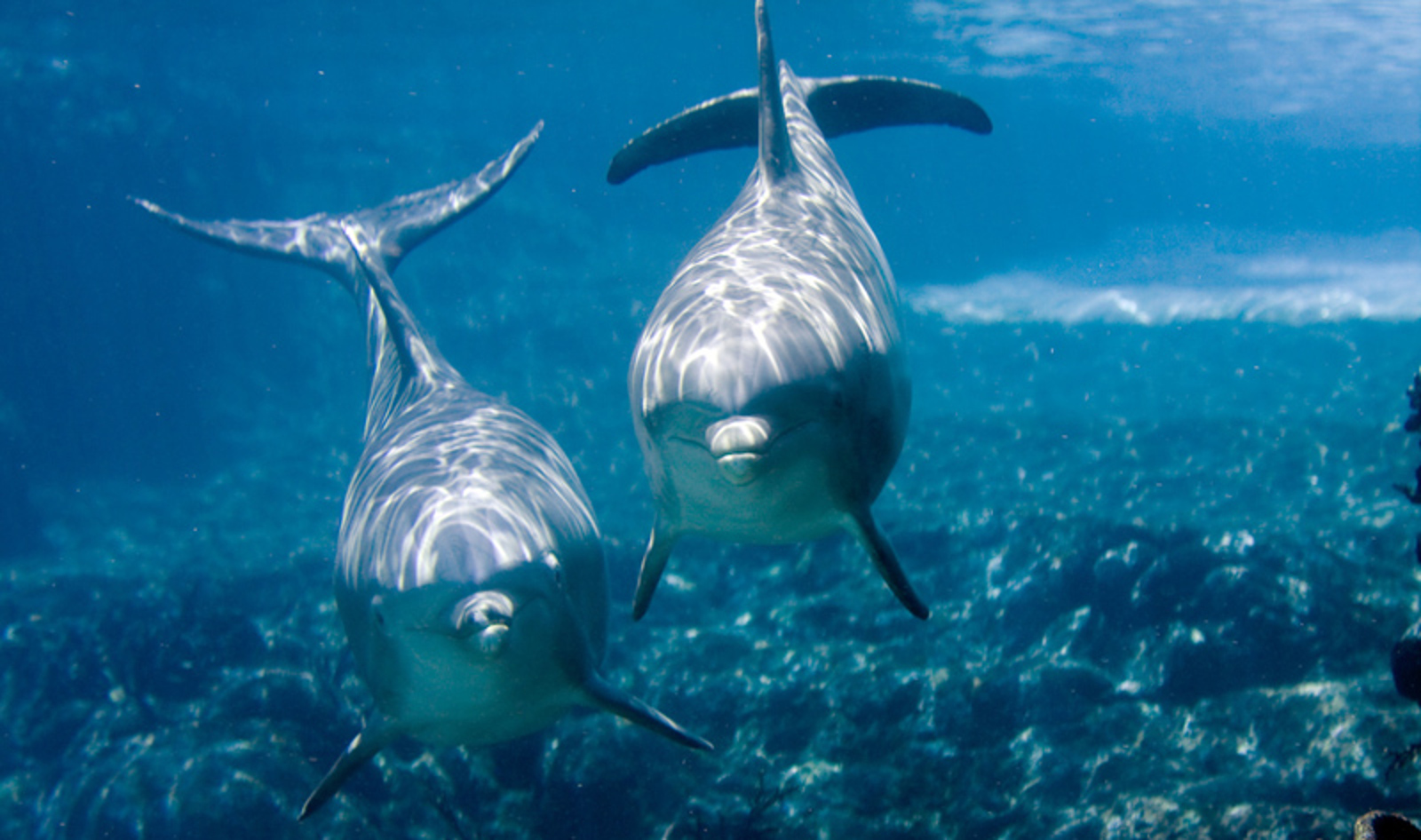 It was announced Wednesday that a dolphin calf was born at SeaWorld San Diego. It’s a boy! What “happy” news… This calf, born to 13-year-old mother Sadie, is the 80th bottlenose dolphin to be born into captivity at the theme park.

Think about that for a moment. This calf will never be able to live outside a tank. If we were to compare it to us, it would be like being born in a prison and never being allowed to leave, despite not committing a crime.

And somehow, SeaWorld is still operating, albeit at a lower rate thanks to activism efforts like the documentary, Blackfish. These animals may look like they’re having fun during shows, but what we don’t see is their lives after their 20-or-so minutes of performing. After, they are sent back to their tanks, where they pace with a boredom that has lead many to commit suicide.

By being born into captivity, this calf will never experience freedom. It will never know what the ocean even looks like.

Here are some other things this calf will never be able to do during its captive life:

There is plenty of observation done over the years that blatantly points to dolphins being very social animals. They travel in pods, for one. These pods consist of up to 30 dolphins and have key social structures. They bond with one another, play together as youths and even have nursery sub-pods, which consist of females and their young. In fact, when a calf like this one is born, there are “aunts” around to help the mother and calf during the birth.

2. Use His Natural Instincts

Because the dolphin calf is born into captivity, its daily routines will be completely different and obstructed from what they would normally experience in the wild. After a certain amount of time, natural instincts are obliterated from the animals in captivity and they are deemed unsuitable for release back into the wild.

Dolphin brains are the  second most developed and complex brain in animals, right below humans. In captivity, they swim circles in their tanks and are rarely mentally stimulated. The tricks they learn are only done for the food reward, not because it engages their intelligence. The rest of their lives are spent pacing a tank with little to no mental stimulation.

While wild dolphins pursue schools of fish for food, ones in captivity are fed already-dead fish and a lot of times only fed after they complete a trick for audience benefit.

On an average day, wild dolphins can cover 30 to 40 miles. This can hardly be accomplished in a small tank.

Dolphins in captivity have much shorter lifespans than their wild counterparts. They experience a number of health issues that aren’t found in the wild and their social, mental and physical needs are not even close to being met in captivity. Even more shocking? The average lifespan of a dolphin at San Antonio Sea World is four years. In the wild, dolphins can live more than 40 years.

To help stop dolphins in captivity, check out some organizations that are fighting on our team. Check out the work of OPS, WDC, or take a pledge to not buy tickets to parks with captive wild animals.