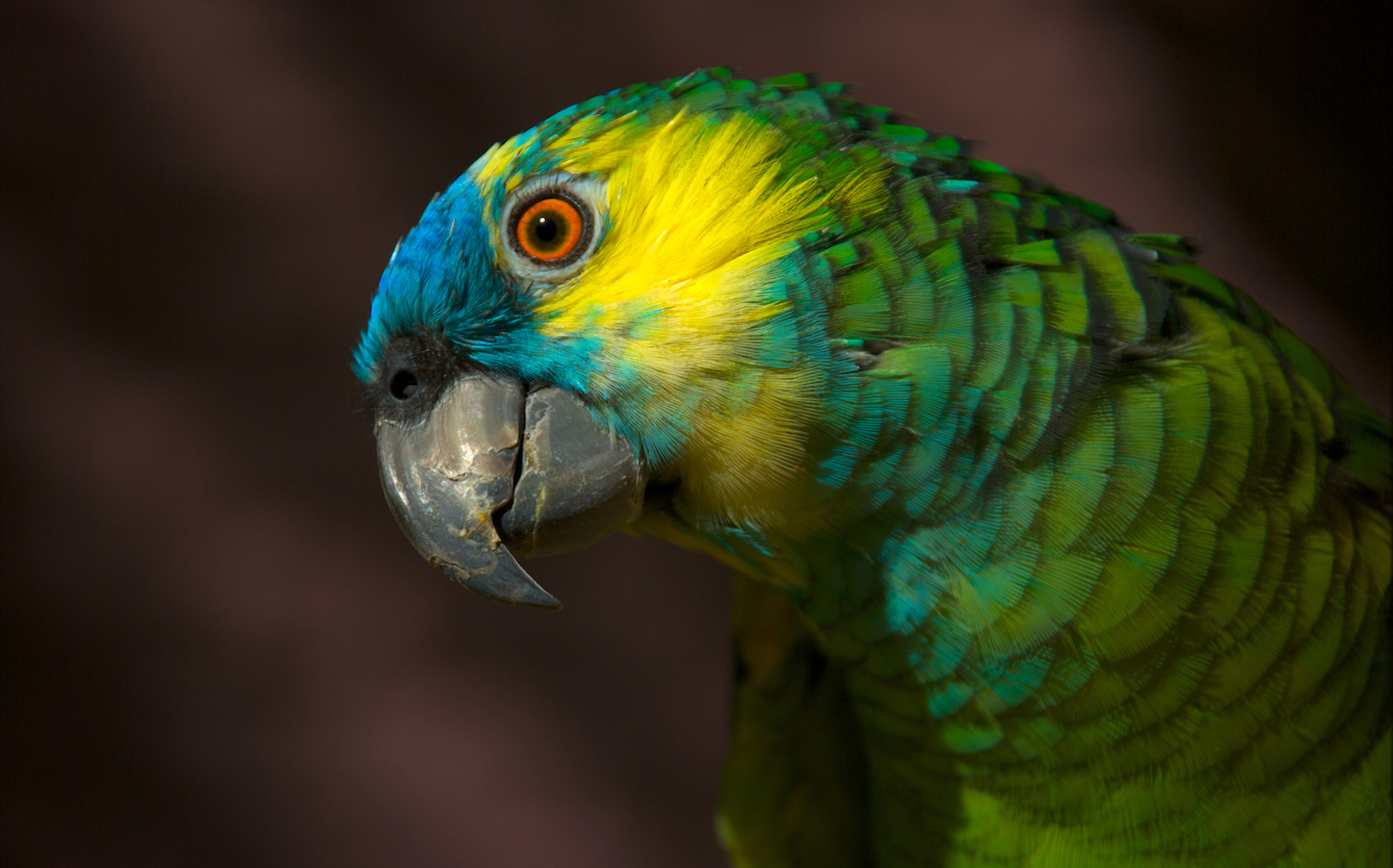 Who doesn’t love brightly colored macaws, ornate cockatoos, and adorable cockatiels? These animals are not only gorgeous, but they are intelligent, and for the right pet parent, they can make fantastic companion animals. It is no wonder that birds are the fourth most popular pet, behind dogs, cats, and fish in the U.S. While the appeal of buying a bird might be tempting, as with other animals sold in pet stores, the truth about how these animals came to be in your local shop is incredibly concerning.

Despite the passage of the Wild Bird Population Act in 1992 that was designed to end the wild capture of pet birds, many of the birds sold in the U.S. are, in fact, victims of the illegal pet trade. These birds are ripped out of their natural habitats and smuggled, in some of the most cruel ways imaginable, into the U.S. These birds are funneled into breeding facilities, akin to puppy mills, and their offspring are sold in pet stores.

As a result of this practice, there is a major surplus of pet birds in the U.S. and we are beginning to see an influx of unwanted birds in shelters. Birds might make for sociable companions, but they can be high maintenance and aren’t accustomed to domestic life, like a cat or dog is. Caught in the trap between wild animals and domesticated pets, these birds can never be returned to the wild and often end up abandoned by their guardians.

How Are Birds Illegally Transported Into the U.S.?

Before the Wild Bird Conservation Act (WBCA), a startling 800,000 wild-caught birds were imported into the U.S. for the pet trade, annually – this number doesn’t even include the large portion of birds that died in transport. The WBCA was instituted in 1992, and banned the import of exotic birds into the country to ensure that their wild populations were not harmed further by the trade. Now you must have extreme circumstances to bring an exotic bird into the country, and these imports are strictly regulated. 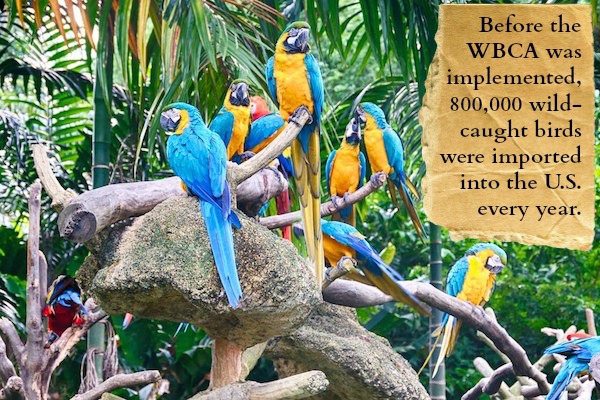 However, despite protection from the WBCA and the Endangered Species Act (such as the white and yellow cockatoo), millions of wild birds are still illegally smuggled across the border and traded on the black market.

But how are smugglers getting large birds, like parrots, into the county undetected? In the most cruel way possible, of course. The Animal Law Coalition explains that parrots have been found hidden away in everything from tooth paste tubes, stockings, and toilet paper tubes to glove compartments, tire wells, and hubcaps. These normally loud animals are drugged or given alcohol to keep them as quiet as possible during the trip. In some cases, birds have been reported to have their beaks taped shut. 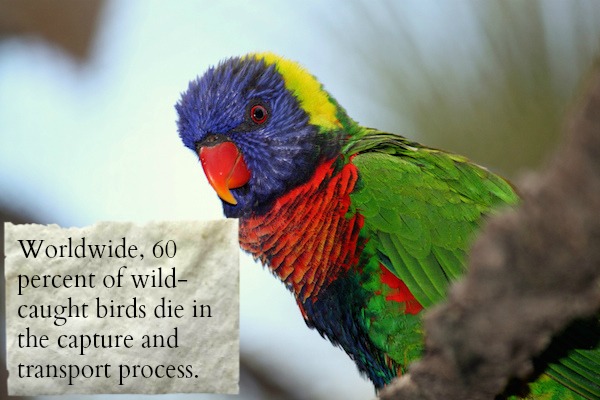 If that wasn’t bad enough smugglers don’t shy away from removing feathers to keep birds from flying or poking holes in their eyes to keep them from reacting to light. During the journey across the border, birds are without food and water and it is not uncommon that they barely have enough air to breathe.

Given these conditions, it is no wonder that the majority of the birds do not survive. One Mexican official estimated that only one in six parrots survives the trip across the border.

Upwards of 60 percent of wild birds caught worldwide don’t make it through the capture and smuggling process.

Bird poachers, however, plan for this. Researchers in Nicaragua found that smugglers capture four times more animals than they think they can sell to make up for the mortality rate. 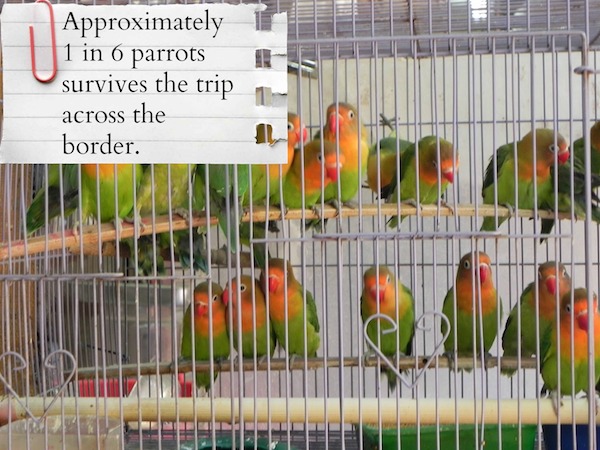 The impact of this pet trade has been detrimental to wild bird populations. Parrots, in particular, have suffered a blow. Nearly one-third of all parrot species are now under threat of extinction due to habitat loss and the pet trade.

Birds Are Wild Animals, Not Pets.

Because many people are unaware of how birds end up in their pet stores, these animals have fallen victim to the cruel and inhumane practices that we have seen elsewhere in the pet industry.

When the WBCA was implemented, bird suppliers restored to creating bird mills to feed the demands of pet stores. These facilities, similar to puppy and kitten mills, produce large numbers of unhealthy animals in terrible conditions.

Today, though there is still a demand for pet birds, bird rescues have become a necessity. People love the idea of having a pet bird, but many are unaware of the intense care and time it takes to house these, still wild, animals. On top of that, many birds can live up to 60 years old, making the commitment much more significant than adopting a dog or cat.

If you are interested in having a bird as a pet, make sure to do a great deal of research. Birds take time, money, and knowledge. They are incredibly smart animals, and caring for one has been compared to having a two year old. They are loud, require toys and games, and need much attention. If you do decide you are ready for a bird, do not purchase one. The likelihood that you are buying a bird that was illegally smuggled or cruelly bred is high. Instead, find a bird rescue in your area. These rescues are always looking for committed people to adopt their animals, and you will be providing a home for an animal in need.