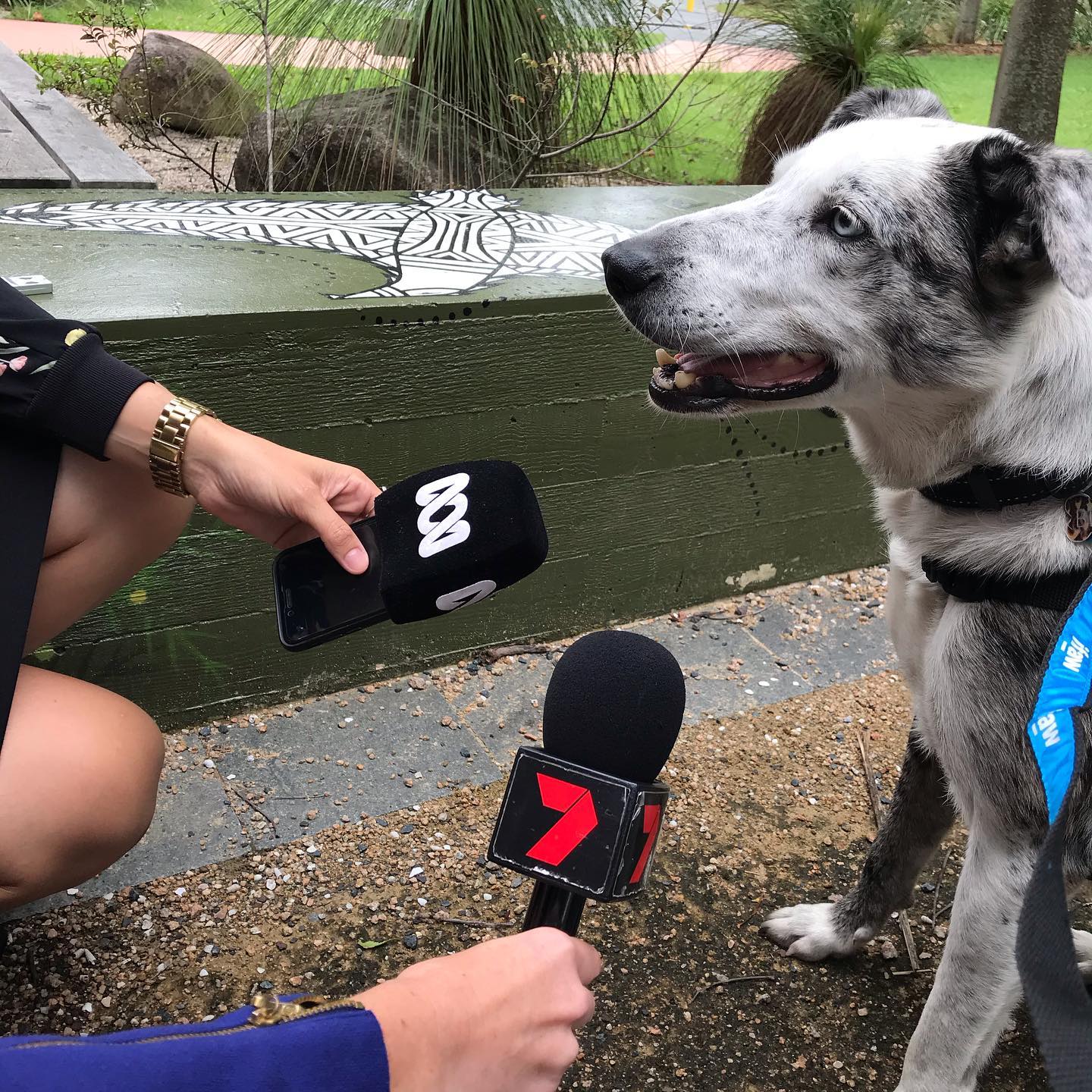 Although the record-breaking bushfire season that was ravaging Australia ended in March, there is still a lot of recovery to be made. In particular, koalas were terribly affected. They were already in danger of extinction, but one in three koalas on the east coast were wiped out during the fires. Fortunately, many organizations have stepped up to help koalas and other wildlife and people affected, but one adorable hero worthy of praise is the dog named Bear!

Bear, a part of University of the Sunshine Coast’s (USC) Detection Dogs for Conservation team, has the special skill of finding live koalas. Bear had too much energy to spend his time cooped up in a small home, so he was destructive and his family gave him up. But it all worked out because USC was looking for a live koala detection dog at the time. All that energy he has is what makes him perfect for the job!

Bear and his team have been “deployed to many of the bushfire zones to search for koalas who have found their way back to the areas that were destroyed.” Not only has Bear found over 100 injured and sick koalas, but his handler and team told 10Daily that he brought them “hope during the devastation.”

Despite the fire season being over, there are still starving animals on the verge of death. If rescued, they can be fed and cared for and then released to the wild. Bear and the entire Detection Dogs for Conservation team at USC are doing an amazing job rescuing the koalas in need. You can support their work by donating.

You can demand more protection for these beautiful endangered animals by sign this petition demanding an end to rampant deforestation which destroys their habitat.