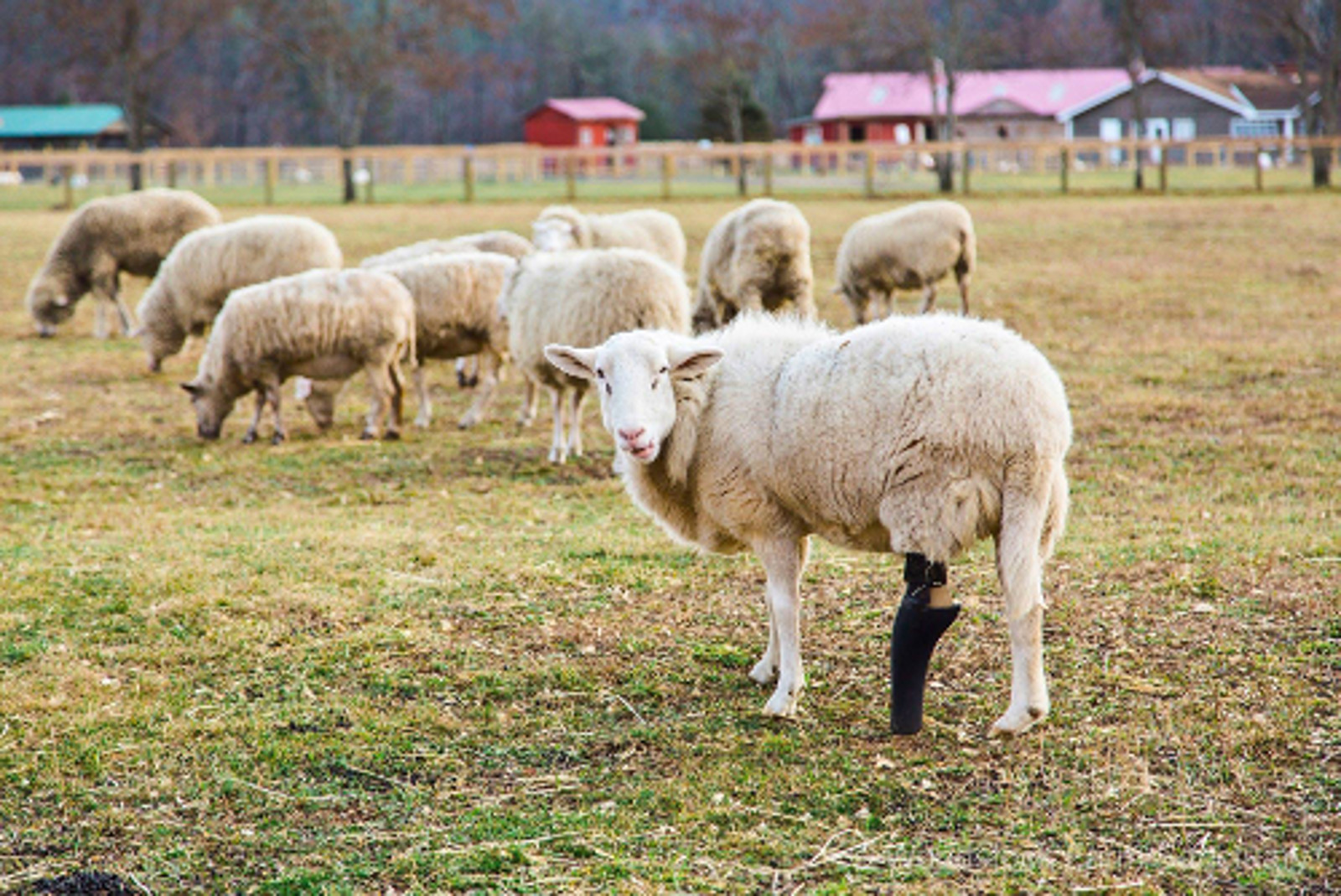 When Felix the sheep was one-month-old, his back leg was injured in a presumed predator attack. Rather than seeking help for the little lamb and working to make him better, the farmer who owned Felix threw him in a pen and slotted him to become meat later that day. Thankfully, a compassionate farm employee took pity on the baby and rescued the animal.

Felix was then taken to Woodstock Farm Sanctuary (WFS), where he could receive all the care he needed. At the sanctuary, the whole world changed for Felix. Instead of being treated like another commodity amongst many, he was viewed as an individual and given special care and attention. Co-founders Jenny and Doug Brown nursed Felix back to health in their own home until he was ready to join the rest of the herd.  As if that wasn’t enough, they went out of their way to take Felix to a specialist in Virginia in order to provide him a prosthetic leg so he could thrive even more so.

Almost a decade later, Felix is living it up at the sanctuary, able to run and graze like all the other sheep. 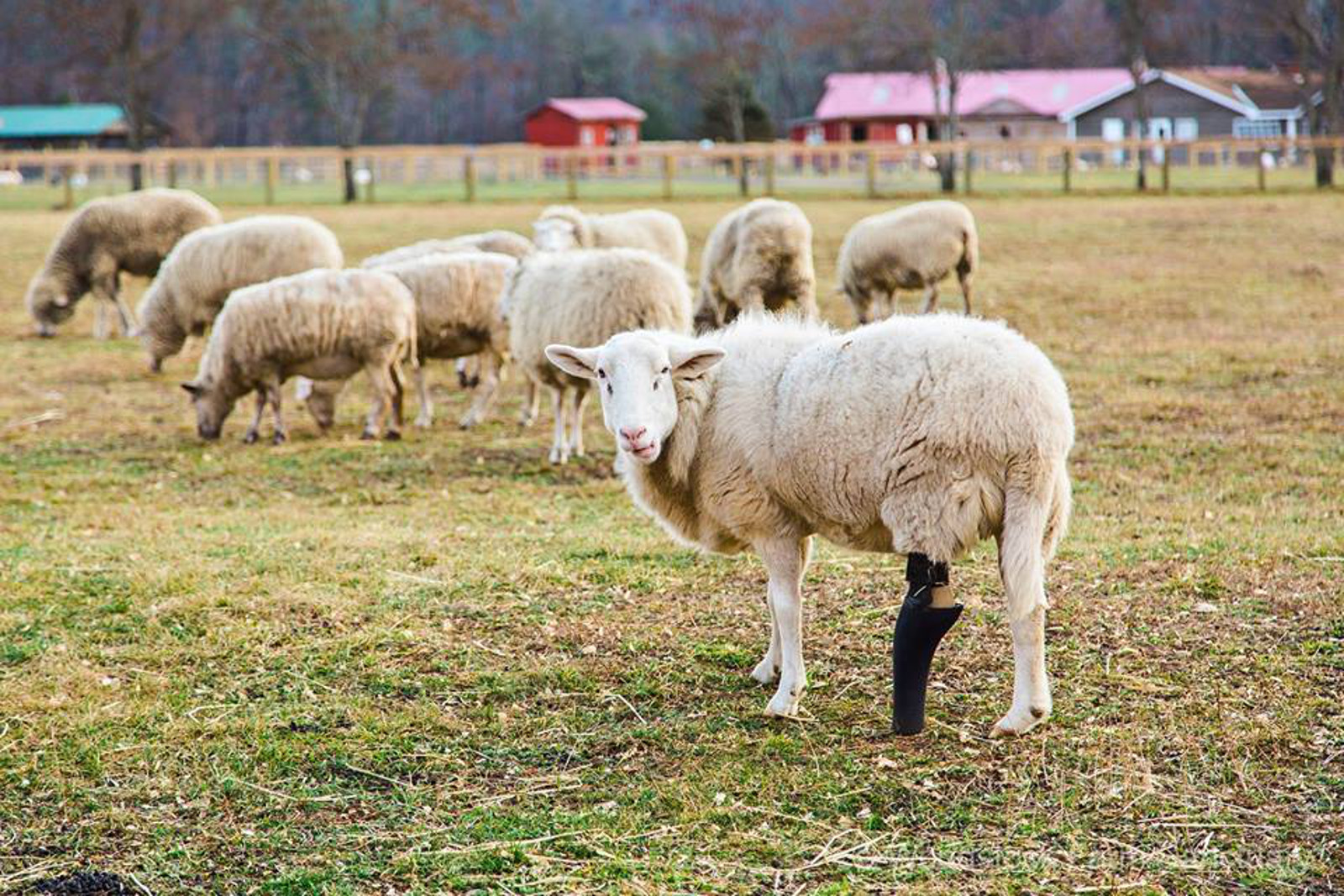 Despite the horrendous experience he might have known in the first month of life, Felix remains a friendly and gentle soul. He is incredibly comfortable around people and sanctuary visitors often have trouble getting him to sit still for photos as he’s more content running around and asking for ear scratches.

It is truly incredible to see how Felix has progressed since he arrived at the sanctuary, especially considering that if it wasn’t for his injury, he likely would never have been saved. In the animal agriculture industry, sheep are viewed as mindless commodities that are either exploited for their wool or killed for their meat. These animals are extremely empathetic and have amazing memories, scientists have discovered that sheep can remember over 100 faces and recall their friends after years apart.

Seeing how far the Browns and WFS staff have gone to take care of Felix gives us hope that we can all learn to see animals not as somethings but someones. All animals deserve to be treated with love and respects. Don’t you think the world would be a much kinder place if we could view all animals this way?

To learn more about WFS and the work they do, check out their website here.