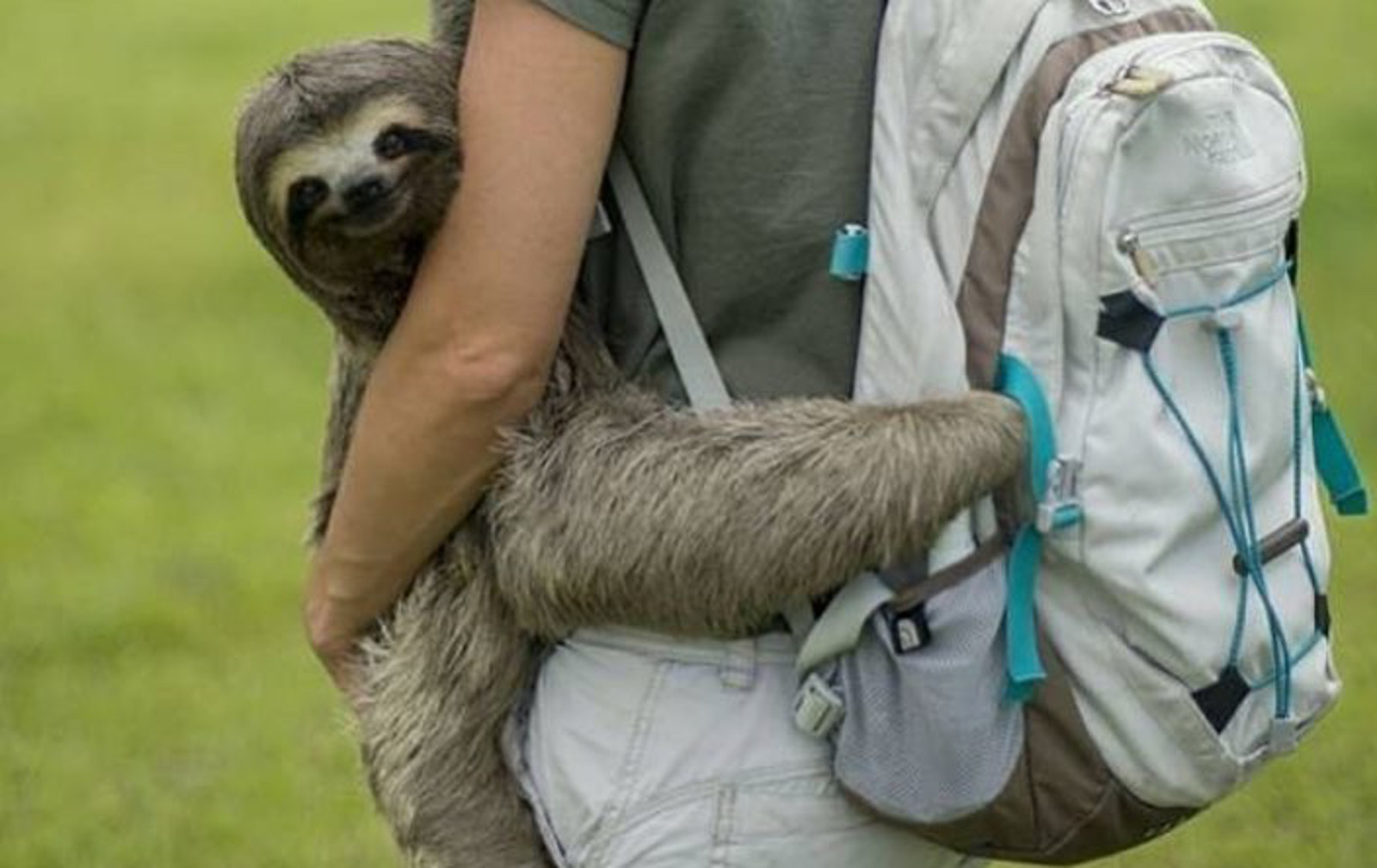 Sloths are some of the most loveable animals around. They are known for their slow moving pace, their precious smiles, and have been the center of many amazing memes. With this in mind, it’s no wonder that countless people proclaim they NEED a baby sloth in their lives and attempt to keep them as pets. On the surface, what could be better than constantly getting to look at a precious sloth face?

Well, unfortunately, as is the case when we try to make any other wild animal a pet, things are rarely as precious as they seem. Sloths have very sharp claws and will attack when they feel threatened. They are not domestic animals, so they do not cuddle or enjoy interacting with humans the same way a dog or cat does.

Not to mention, sloths are becoming more and more endangered in their wild habitat. As the sloth’s territory is being rapidly encroached upon due to deforestation and urban development, these animals are becoming more prone to injury and being captured for the exotic pet trade and consequently, disappearing from their natural habitat. Thankfully, there are many organizations working to rescue and rehabilitate sloths who have fallen prey to humans. Santuário Ecológico Rancho dos Gnomos is one such organization.

A few years ago, the rescue team at this sanctuary came across a lost sloth who had crawled out of the deep, protective woods. After giving him a full examination, they determined he was not injured and could return to the wild.

This is a photo they captured of this slow-moving fellow returning to his rightful home – in style! 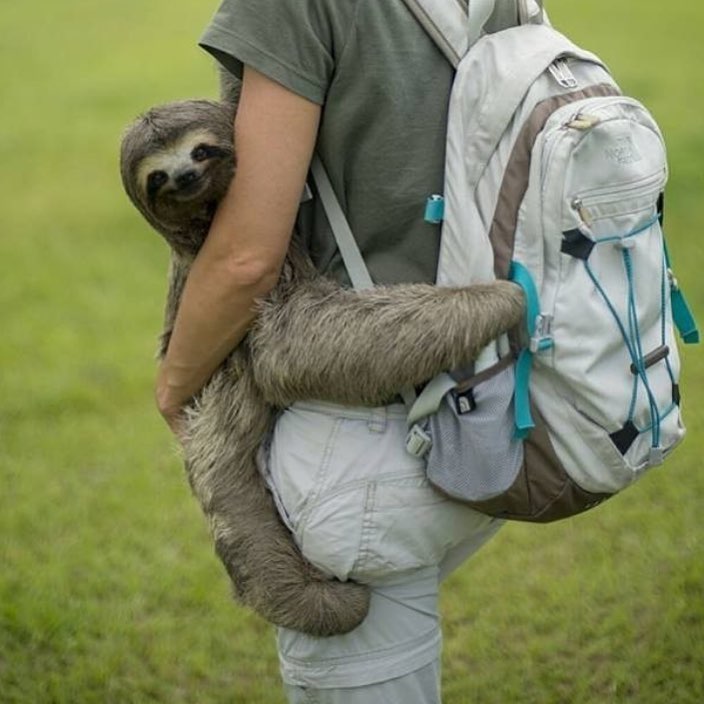 While that smile might be irresistible, it is up to all of us to spread the word that sloths – and all other wild animals – should never be pets. These animals exist to play a very specific and important role in their ecosystem, and when we remove them from this for our own entertainment, it will always lead to a negative impact.

Share this article and encourage others to appreciate sloths from afar. No animal should have to suffer for the sake of our entertainment!