The illegal wildlife trade is one of the most lucrative illicit trades on the planet. The sale and trade of exotic animals and their parts garners an enormous amount of profit annually, but sadly, this comes at a great cost to the animals. In the past 40 years alone, around 52 percent of the world’s wildlife has disappeared. Although factors like climate change and habitat loss are contributing to this decline, the illegal wildlife trade arguably has the most immediate impact on animal populations.

When it comes to the wildlife trade, there is very little discrimination; so long as an animal can turn a profit, they’re a target. These animals are killed to be turned into trinkets rugs or jewelry, for use in traditional Chinese medicine, to be served in lavish restaurants, or captured and sold alive as exotic pets.

It’s estimated that as a result of this trade, one elephant is killed every 15 minutes for their ivory tusks, at least three rhinos are killed a day, and to top it off, there are now currently more tigers living in U.S. backyards as pets than there are in the wild.

While the majority of the stories of animals involved with this trade have a tragic ending, there are some that do not. For as many people working to exploit and profit off of wild animals, there are those who have devoted their lives to rescuing and protecting them.

These five animals have all fallen victim to exploitation but are living proof that there is hope for a better future with the help of kind, devoted individuals and organizations. 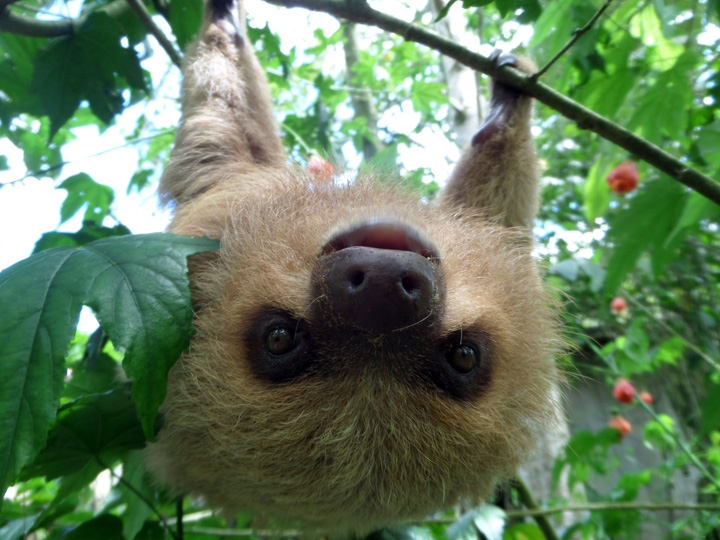 Vish, the sloth, was captured from the wild when she was a baby to be kept as a pet in Tarapoto, San Martin. Like human children, sloths are very reliant on their mothers for the first few years of life, so without the proper care, Vish became extremely ill. Luckily for this young sloth, neighbors tipped off officials that a three-month-old sloth was being kept in a residential home, illegally.

Thanks to these concerned citizens, Vish was removed from the home and placed in the care of the Neotropical Primate Conservation (NPC). At NPC, Vish was hand raised by trained doctors and given all the nutrition and nurturing she needed to grow up nice and strong. Vish spent several weeks undergoing rehabilitation and once she was well enough, she was able to be released back into the wild.

Many tigers who are illegally trafficked are sold as exotic pets or killed so that their parts may be used in Traditional Chinese Medicine. Sadly, there is also demand for tigers as delicacies for the elite.

Authorities in Russia intercepted a container carrying an amur tiger cub that poachers were attempting to smuggle into China. The cub was likely taken from the wild after his mother was killed by poachers. Police believe the young tiger would’ve wound up as an exotic dish in a restaurant, had he not been rescued.

Unfortunately, this cub is unable to be returned back to the wild, but will be able to live his life in the safe confines of a sanctuary. 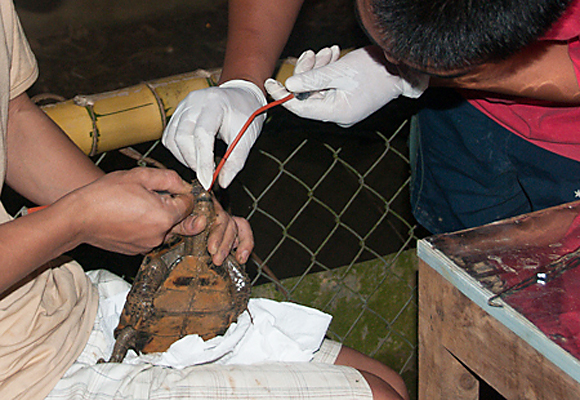 At least 200 freshwater turtles were confiscated by authorities in Vietnam last month during two separate seizures. The animals were kept in suitcases prior to being rescued, including the Indochinese Box Turtle, Bourrets Box Turtle, Keeled Box Turtles and Big-headed Turtles.

All of the animals are now being cared for and rehabilitated at both the Asia Turtle Program and the Turtle Conservation Centre. Hopefully, with the proper care, they will be able to return to the wild one day. 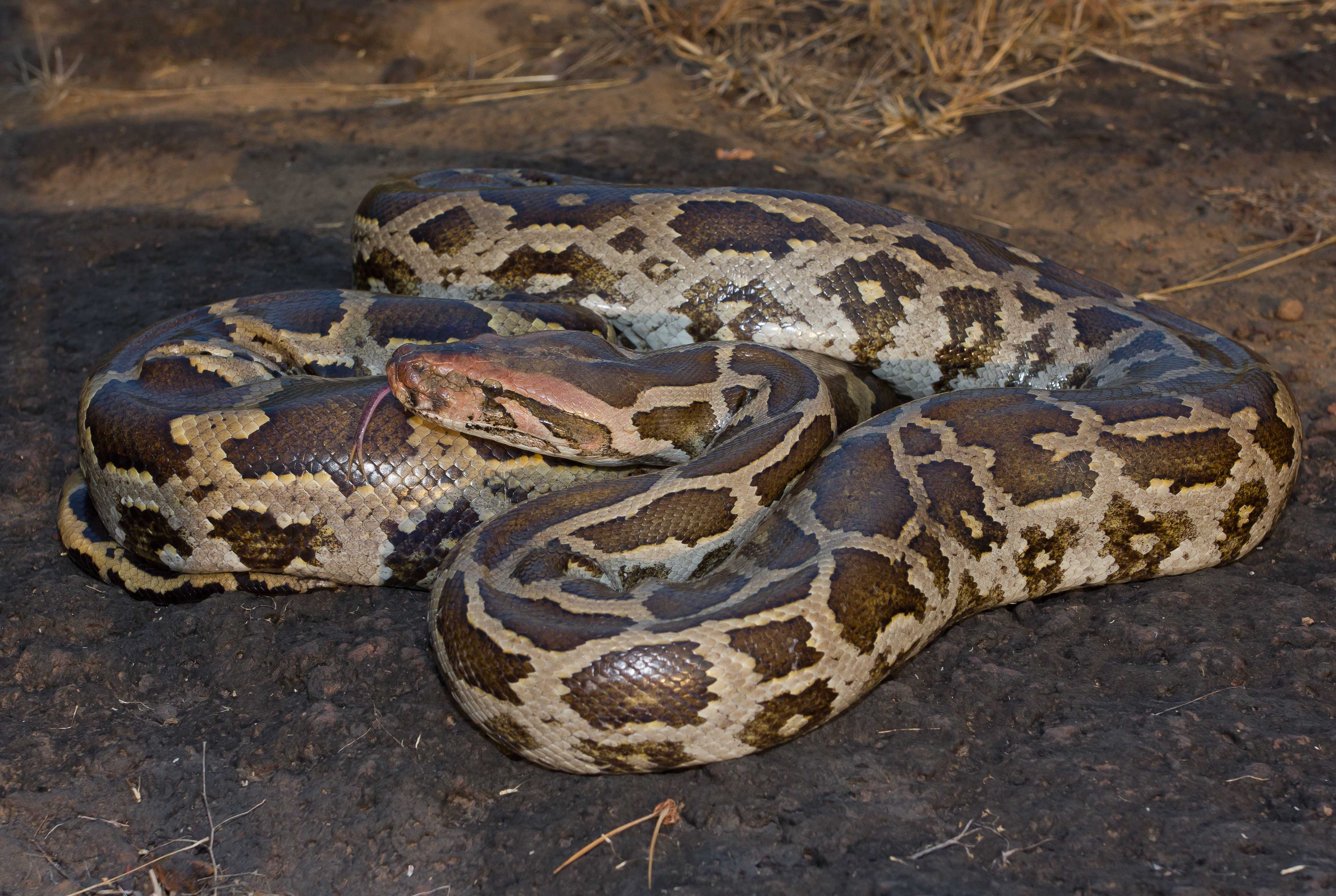 Members of the environmental agency KEMADO sprung into action last month when they got word that a group of fisherman had electrocuted a Rock python and were carrying it from the forest. Python gallbladder is often used in Traditional Chinese Medicine and had the team not rescued the animal authorities are certain the python would’ve wound up dead. Thanks to the quick response from KEMADO, the python was released back into the wild. 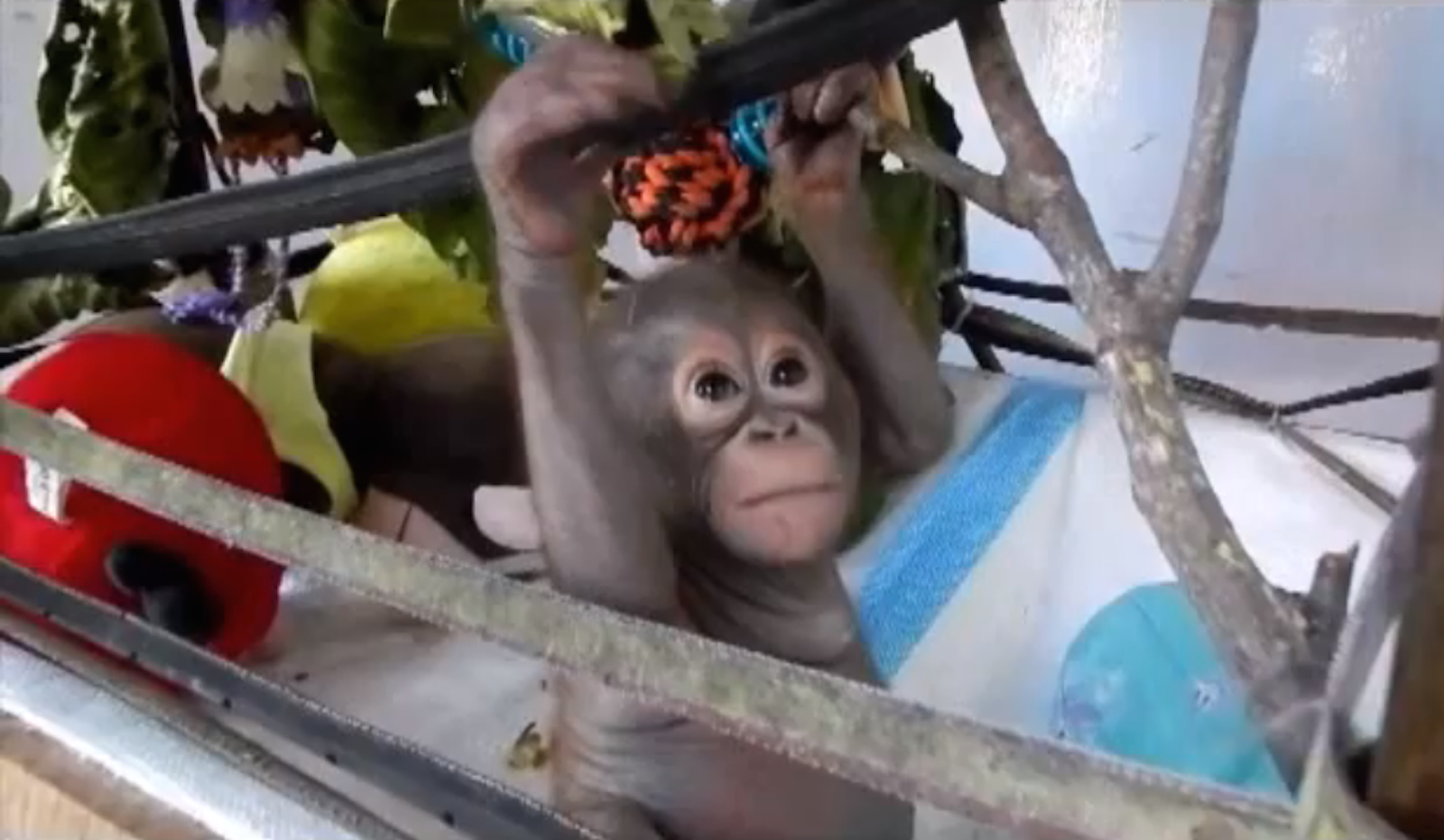 Budi, the baby orangutan, was rescued, but International Animal Rescue (IAR) after spending the first 10 months of his life as a pet. The woman who was keeping Budi was holding him in a chicken cage and only fed him condensed milk. This poor diet left Budi severely malnourished, and when he was finally taken in by IAR rescuers, things looked bleak. Budi could barely move without screaming out in pain, however, after a lot of care and a proper diet, he began to improve.

Now, Budi is a strong, thriving adolescent orangutan who is learning all the basics he needs to survive in the wild at IAR’s Orangutan School. His rescuers hope that in time, he’ll be able to be returned back to the wild.

We can all play a part to help protect animals from the illegal wildlife trade. By and large, this trade is driven by consumer demand. By taking a look at our own consumption habits and making small changes like avoiding purchasing anything made from wild animals – like ivory name plates, tortoise shell accessories, and even the animals we might choose as “pets.”

If you’d like information on how you personally can help stop the illegal trade of wildlife, check out some of these articles: