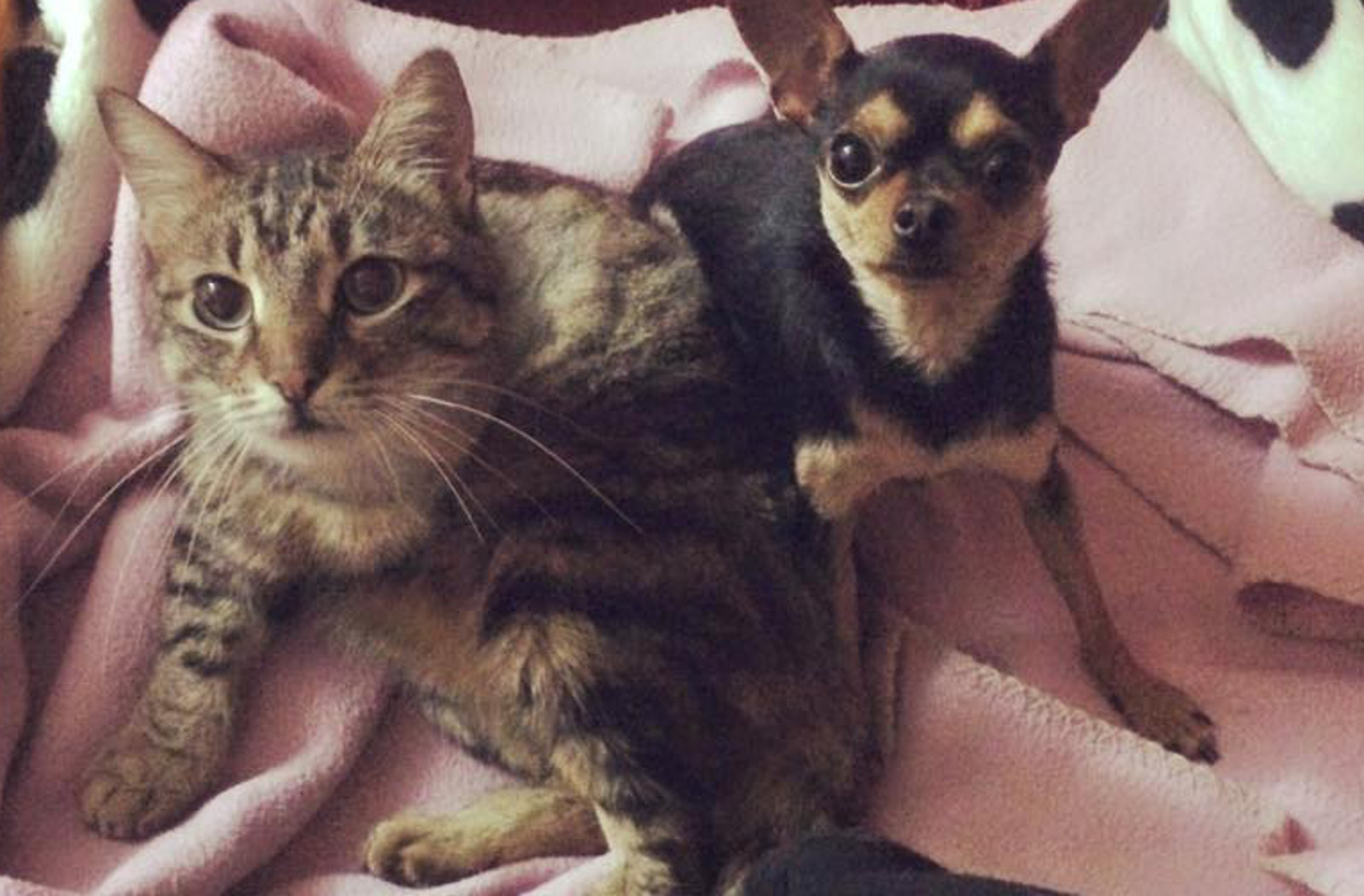 Abandoned as a kitten on a fishing pier in the middle of winter, Scarlett spent the first few months of her life without a home and with only the rocks to keep her warm at night to shield her from the icy sea winds.  That is, until my sister, Luisa,  become besotted with the tabby kitten and decided to give her a forever home. Scarlett loved her new home, but she still held a taste for the outdoors. Every day, she’d sit staring out the window. Was it the right thing, bringing her back here, not letting her outside these four walls? 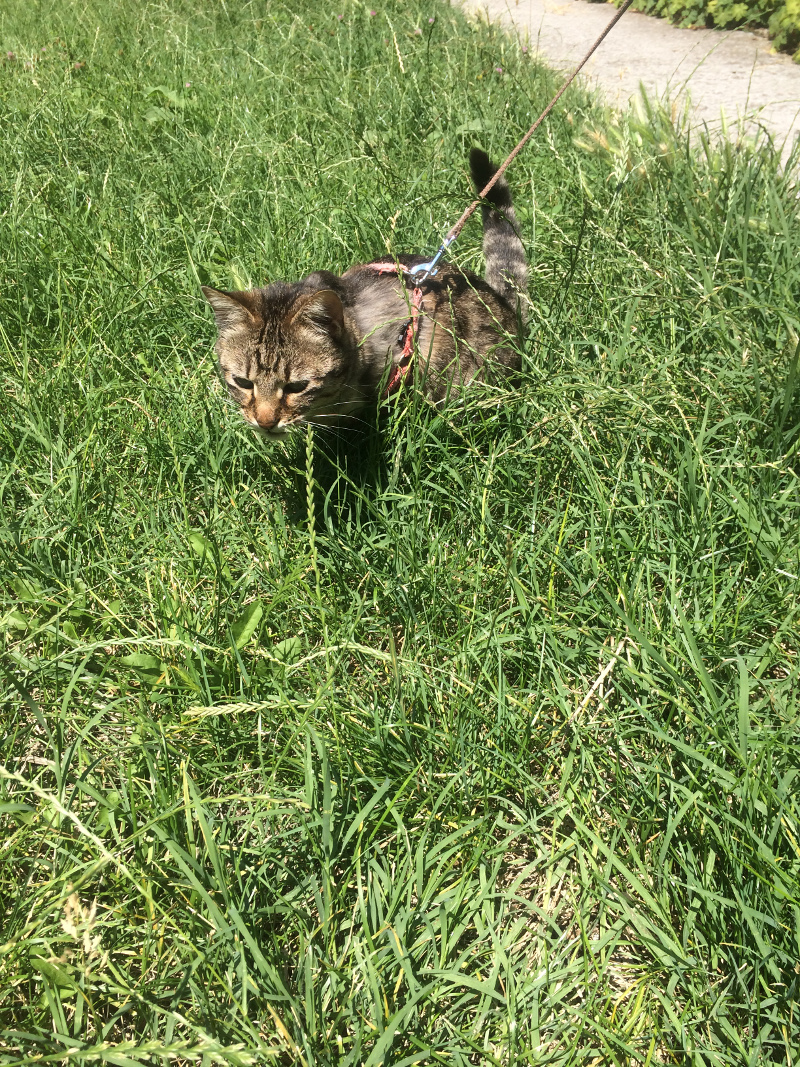 We knew giving her an indoor home would keep her safe, but watching her anxiously scratch at the windows, eager to play outside, we decided to try letting her out on a harness. In the end, my sister decided to get her spayed at the clinic and let her outside for short bursts of time. And for over a year, it worked out well. She would spend an hour or two outside and spend the rest of the day eating, playing and sleeping inside. Scarlett, wild at heart, loved the freedom. Until one day, during the summer, she didn’t come home.

Scarlett never spent more than a couple of hours away from home. So the day she didn’t come back, to the calling of her name or to the rattling of her food bowl, it struck us as unusual. Together, my sister and I, walked for hours calling her name, looking under cars, even searching through shrubbery hoping to find her.

Then a couple of days later, following a bad storm, my sister was out walking our dog Minnie when she discovered poor Scarlett curled up under the van, her chin, bearing a scab, resting in a puddle. Knowing something else was the matter, Luisa rushed Scarlett to the local clinic.

At the clinic, we were told that Scarlett would be sent to a specialist because she had a fractured shoulder. So she stayed, for three nights, at the clinic but her condition wasn’t improving so I encouraged my sister to get a second opinion.

At another clinic, after X-rays and blood tests, Scarlett’s diagnosis was alarming, to say the least: She had severe anemia and her shoulder and leg would have to be amputated before gangrene set in as it could be fatal. But the amputation didn’t come without its risks. We were told that there’s a high risk she could die from the operation and it was a risk we had to take, for the sake of her life. 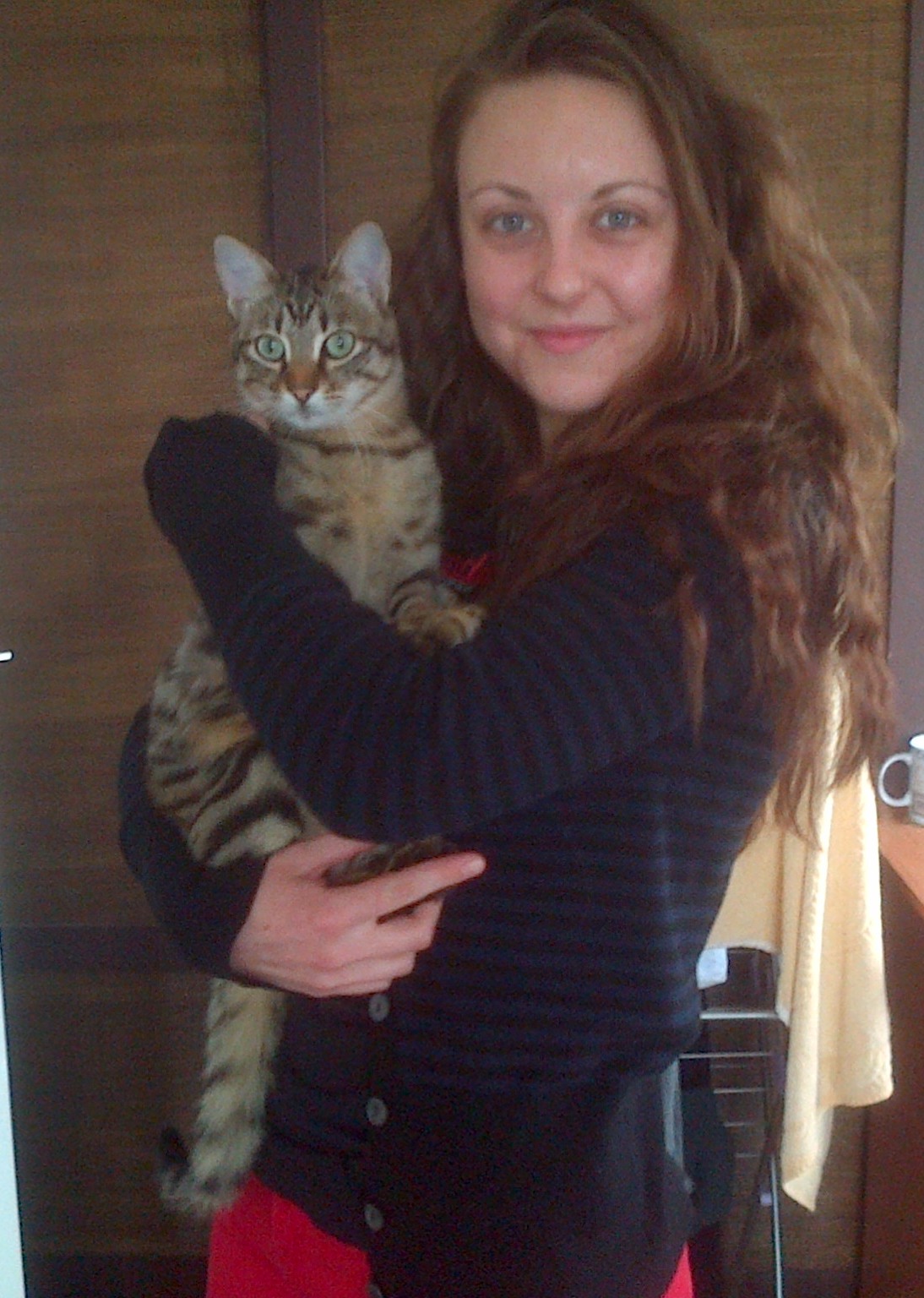 Scarlett, with her unbreakable spirit, survived and when she finally returned home, she was walking already. Nothing, not even the loss of her front leg and shoulder, would bring this strong feline down. She knew something was different but she still tried to jump and play, like she used to.

Scarlett was given antibiotics and medication for her anemia and as each day passed by, she was looking better. Until the stitches on her shoulder came apart. Gangrene was eating away at her skin, so they had to remove a lot of the skin and muscle to prevent the infection from spreading. Fortunately, it all went well. And within several days, her gums and tongue were turning pinkish again, meaning the anemia was fading. 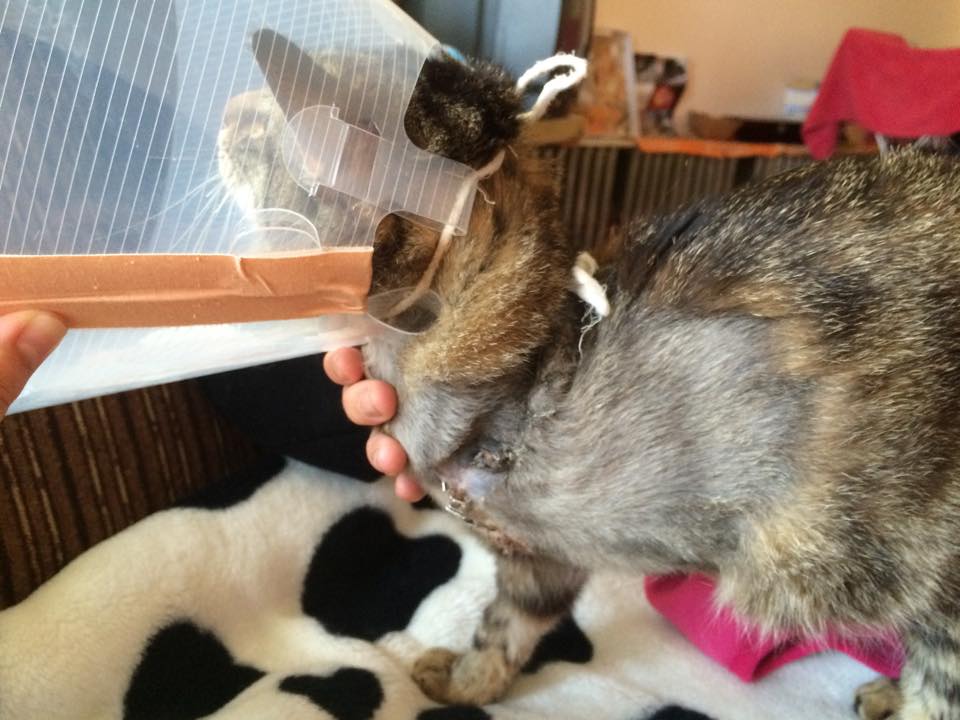 Life as a Three-Legged Cat

It hasn’t been an easy journey for Scarlett but her ending is a happy one. She walks perfectly on three legs and doesn’t let it get her down too much. She is hesitant with how high she jumps, which is a good thing because we don’t want any accidents. One thing hasn’t changed, however, she still looks through the window crying to go outside. Of course, we would never let her outdoors again without a harness and lead. 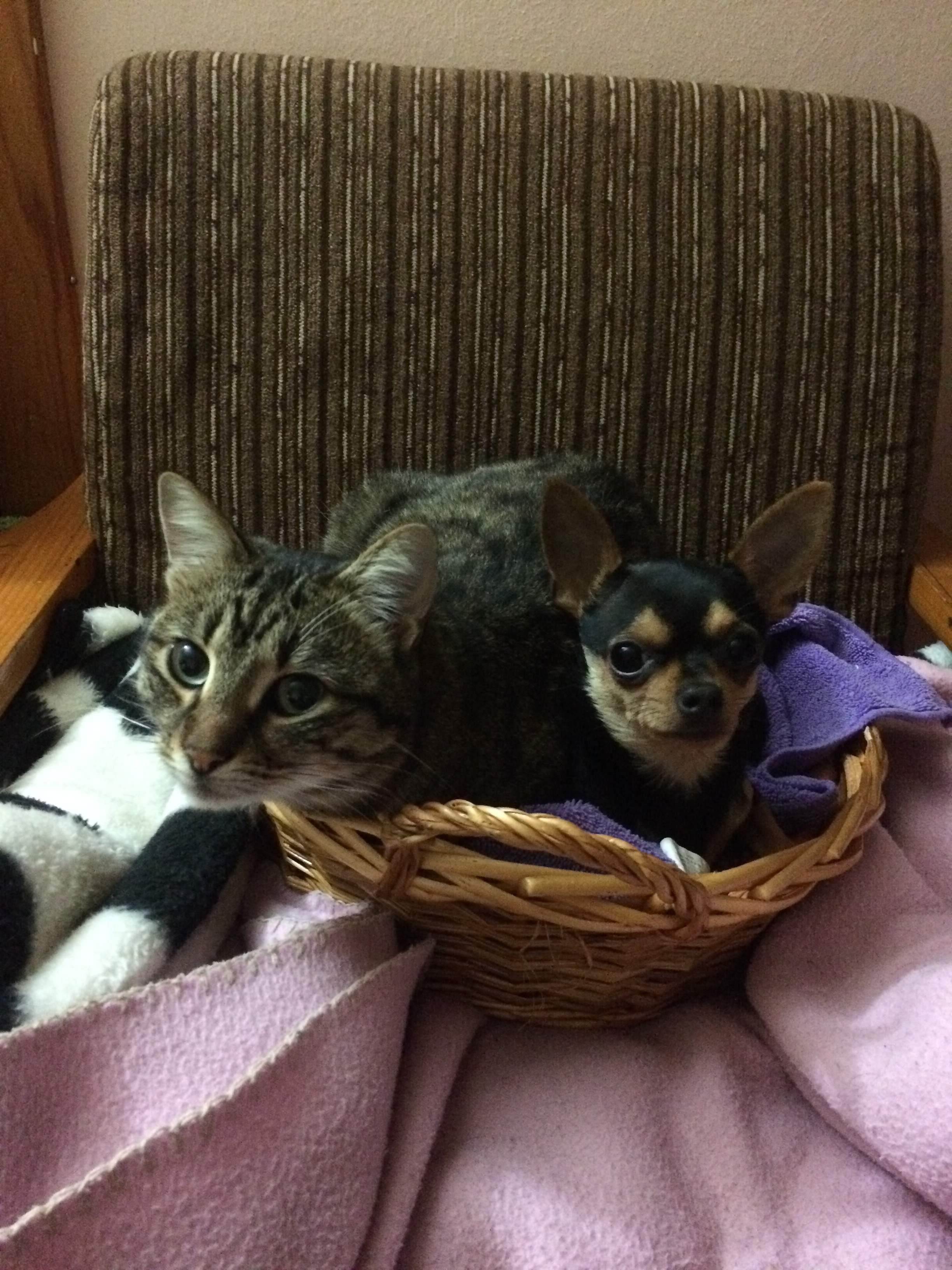 We never found out what exactly happened to her and what caused the severe shoulder injury. We may never know. The specialists say she could have been hit by a car, a bike or a person. Instead of looking at the past, we are trying to make Scarlett’s present and future as happy as possible. Keeping her amused indoors isn’t easy because in her head, she still thinks she can do everything she could before, but her body won’t let her. My sister plays with her, hides her food in different places so she has to use her energy and  hunting skills to find it, and takes her out on a harness and lead. Together, we’ve been taking her out on walks and she loves it – especially with Minnie. 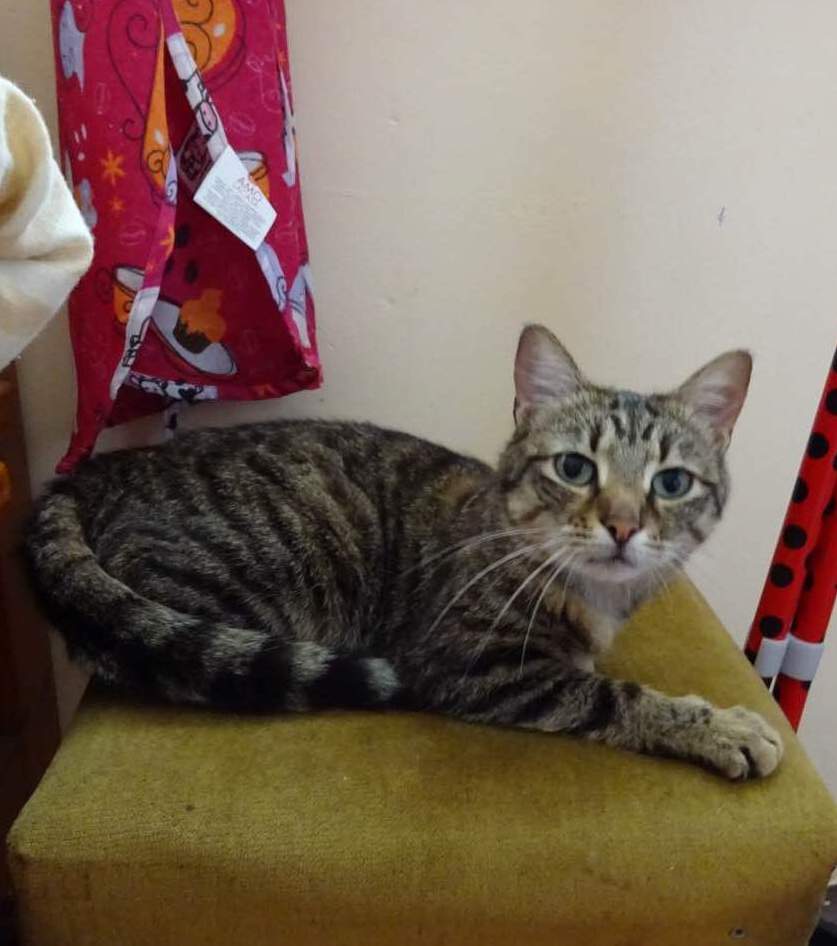 The specialists say she could have been hit by a car, a bike or a person. Instead of looking at the past, we are trying to make Scarlett’s present and future as happy as possible. Keeping her amused indoors isn’t easy because in her head, she still thinks she can do everything she could before, but her body won’t let her. 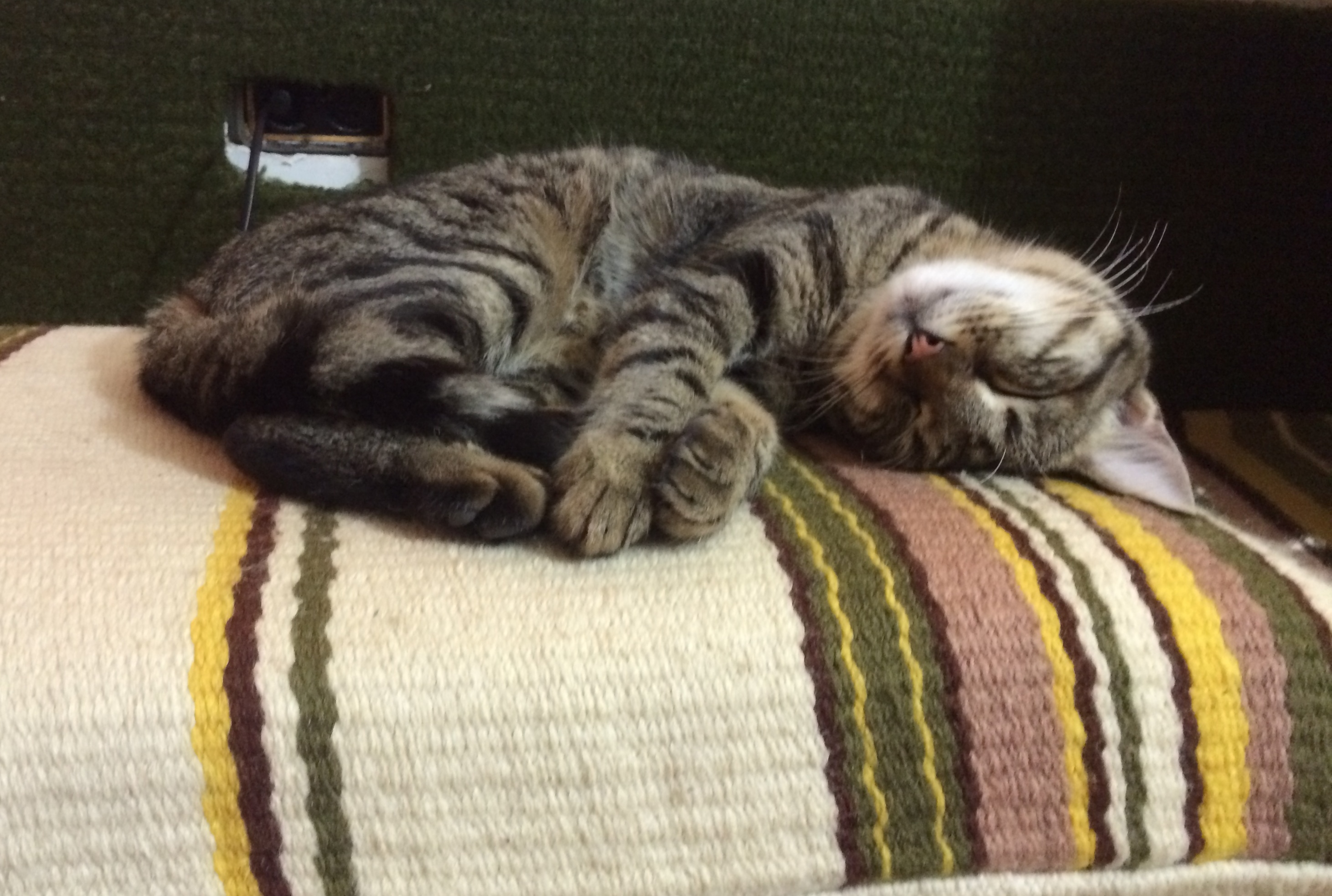 My sister plays with her, hides her food in different places so she has to use her energy and  hunting skills to find it, and takes her out on a harness and lead. Together, we’ve been taking her out on walks and she loves it – especially with Minnie. 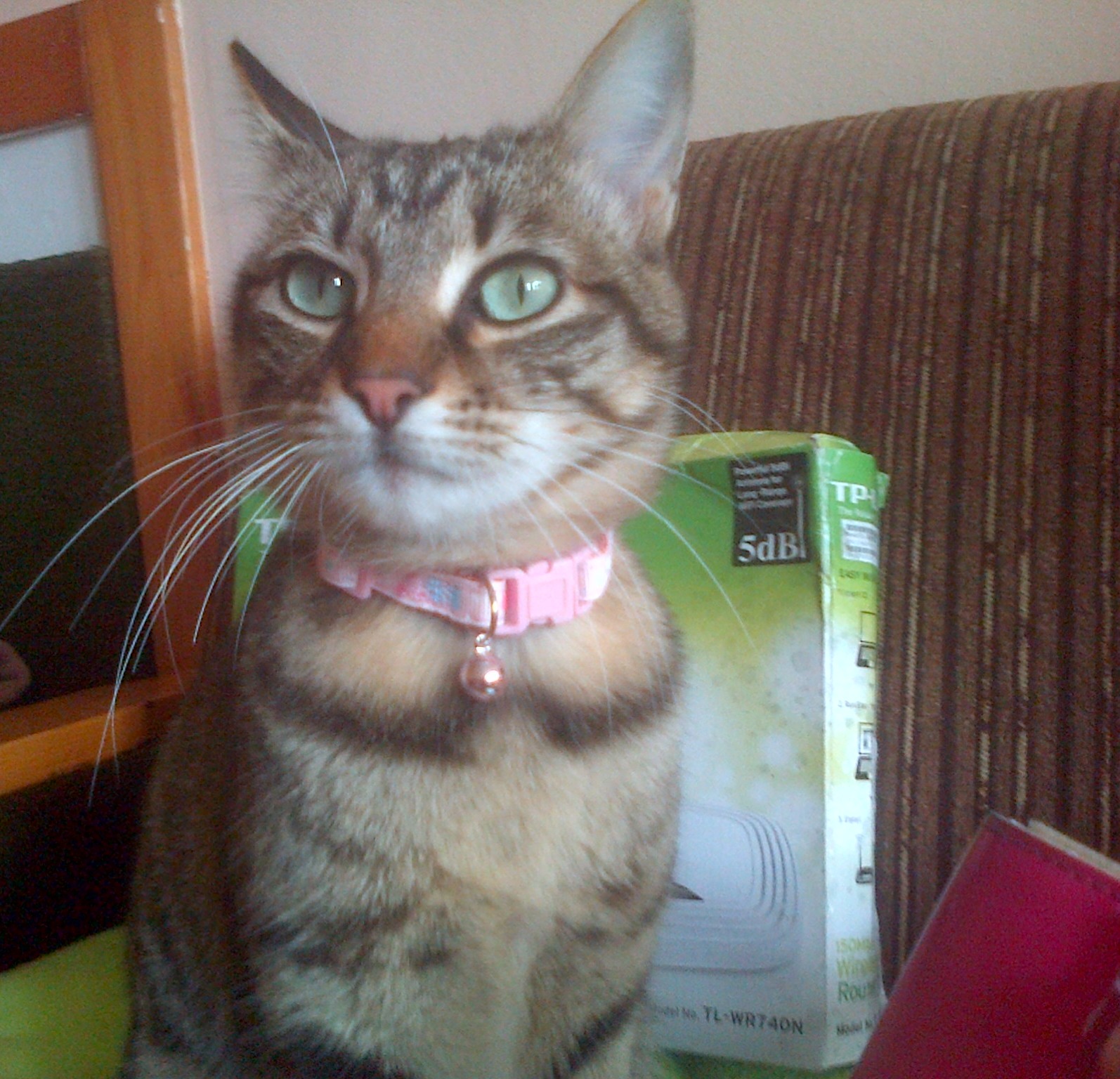 The Indoor Versus Outdoor Question

Some people say it’s cruel to keep a cat indoors for all their life, others say it’s too dangerous for them to go outside. There are pros and cons to both sides. Ideally, a mix of both worlds is best. But sometimes, like in Scarlett’s case, terrible things can happen when a cat goes outside. Then again, every day you walk out the house you face dangers and risks, but we wouldn’t hide ourselves away in home to prevent any dangers.

Ultimately, every cat is different but keeping them mentally stimulated and engaged – indoors or out – is essential to your cat’s health. For more on the debate of indoor versus outdoors and tips on how to entertain your cat, click  here.