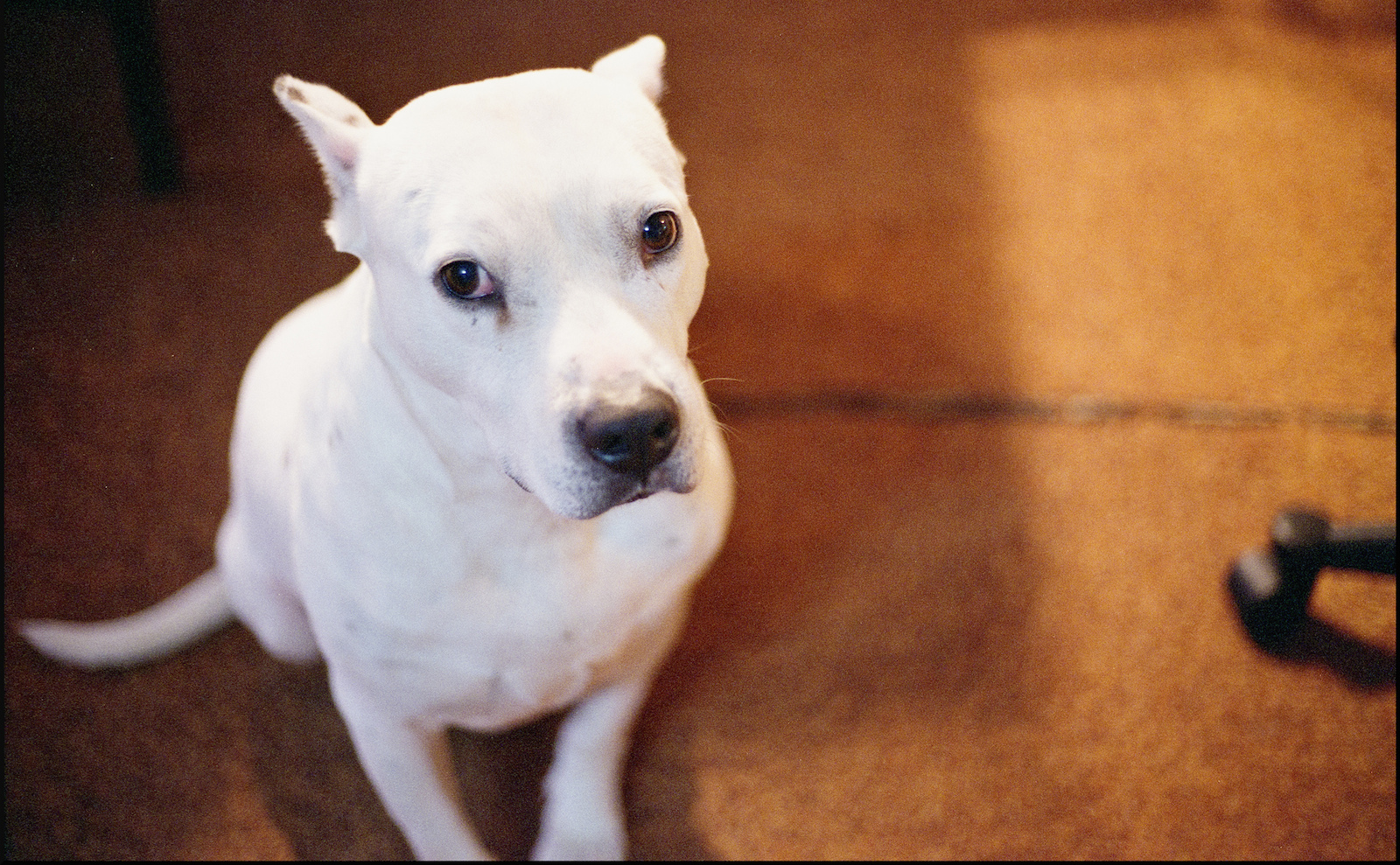 Pit Bulls have gained a wrongful reputation for being violent and aggressive. Because of this, they are banned from certain cities and are usually found on the “restricted breeds” list for apartment buildings. As the original “nanny” dog, it is sad to see so many of these wonderful animals in shelters, abandoned and unwanted because of their breed.

In fact, it is estimated that 33 percent of shelter dogs are Pit Bulls or Pit Bull mixes, making them the most prevalent breed to be euthanized. As many of 75 percent of municipal shelters will euthanize these dogs on intake, regardless of demeanor and disposition.

Amazingly, according to the American Temperament Testing Society Inc., which tests dogs for stability, aggressiveness, and friendliness, Pit Bulls achieved a passing rate of 86.8 percent for good temperament. This score is better than that of Collies, Golden Retrievers, and Beagles.

We feel strongly that every dog should be judged as an individual. Yes, there are aggressive Pit Bulls. But keep in mind, there are also aggressive Chihuahuas, Labradors, and Cocker Spaniels. A dog’s behavior is greatly influenced by the way they are treated by their guardians and many Pit Bulls are incredibly gentle, loving and sweet. Here are six perfect examples of Pit Bulls being the opposite of their stereotype.

So next time you come across someone who thinks ALL Pit Bulls are vicious, across the board, just have them check out these little guys.

1. The Pittie Who is Petrified of Pineapples

Stella really hates pineapples. This pretty girl thinks the tropical fruit is pretty terrifying, and we don’t blame her. Grab this fruit the wrong way, and you are sure to get a stab from that pointy top! We guess this dog won’t be sipping on a puppy Pina Colada anytime soon!

2. The Pittie Who Fears Water

Styx loves romping on the beach. Chasing his tennis ball is one of the greatest things ever … until it gets taken by the treacherous water. This pittie wouldn’t dream of setting foot in the ocean. Instead, he digs a hole in the hopes of capturing his beloved ball. Eventually, the ball washes up on shore long enough for Styx to grab it and run!

3. The Pittie Who Isn’t Too Sure About the Goat

Temper just wants to sit quietly on a beautiful day. Unfortunately, her sunbathing keeps being interrupted by an unusual looking creature. Temper tries to handle the situation politely by getting up and moving further away from the goat, but the goat is persistent in his pursuit for friendship. Temper is not quite sure how to handle all that unwanted affection.

4. The Pittie Who Isn’t Fond of Doorways

According to Queso’s mom, he is scared of many things: kitchen floors, the printer and doorways – just to name a few. But Queso’s fear won’t slow him down! He has figured out the most hilarious and adorable way to cope with facing doorways.

5. The Pittie Who is Scared of Sleeping Cats

With a cat sleeping right in the middle of his path, this Pit Bull isn’t going anywhere. Nope, this handsome boy has decided he will wait patiently to come inside until the cat is no longer in the way. We imagine he has felt the wrath of said cat before. When his mom picks up the kitty, this boy is all tail wags and happiness!