The Important Lesson We Can to Learn From Gertjie, the Orphaned Rhino That Will Help Save This Species 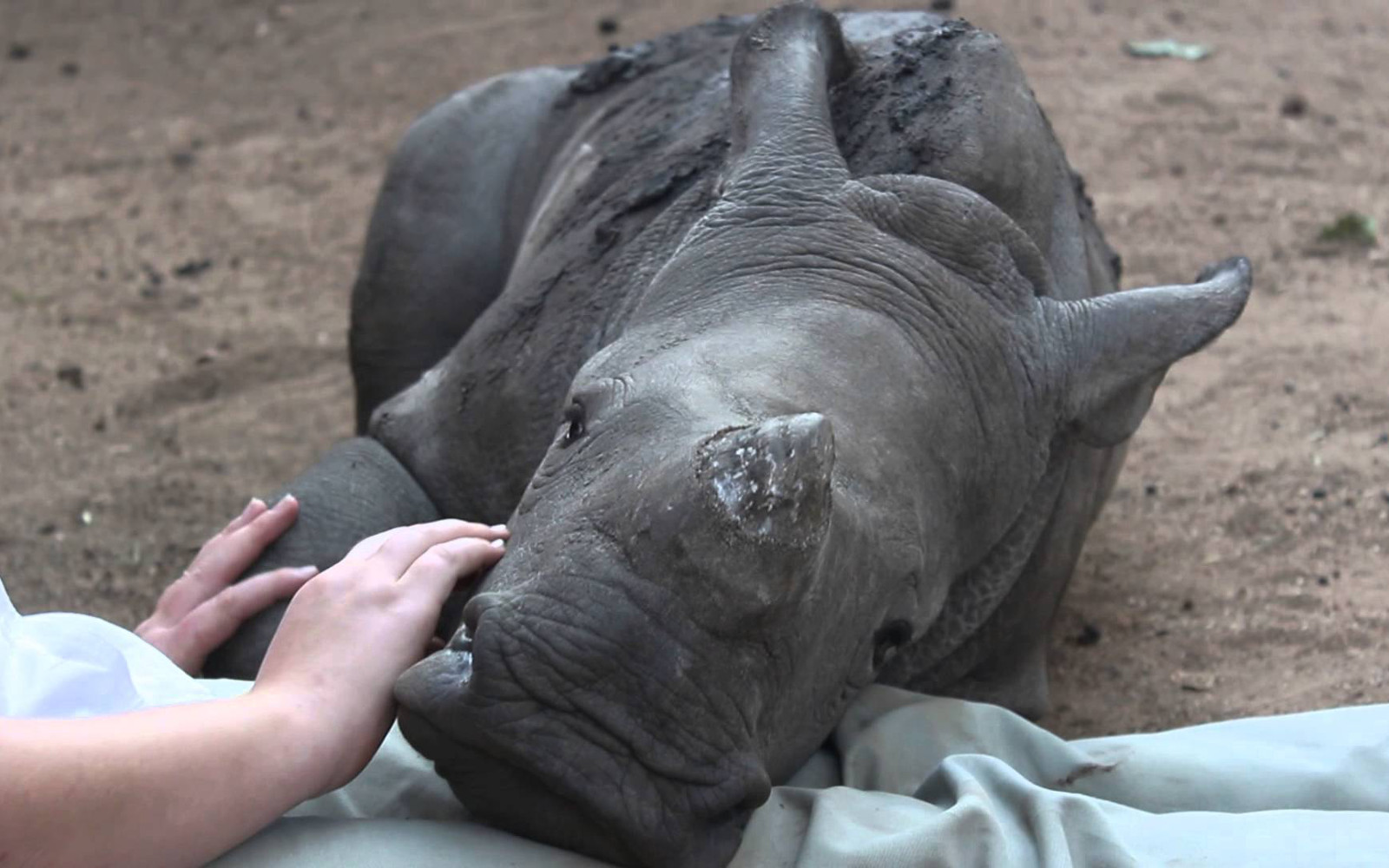 A few rangers were patrolling a wildlife preserve in South Africa when they came across a rhino carcass. The animal was killed by poachers for her horn. Hiding beside her body was something they weren’t expecting: a tiny baby rhino. He was extremely distraught and wouldn’t stop crying. They named the rhino Gertjie and gently took him away from his mother.

Rescuers did their best to cover his eyes, as to not frighten him too badly, and tried to rehydrate him on their way back from the Kapama Private Game Reserve. Gertjie was then transported to the Hoedspruit Endangered Species Centre. There, he was given a safe home where he could be raised. At just under three months old, poor Gertjie would not sleep alone at night and staff took turns to sleep with him. 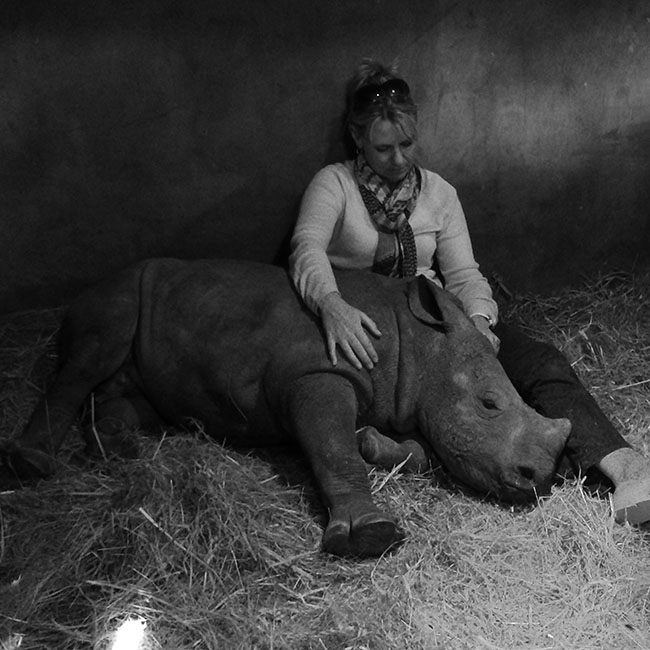 Even though Gertjie experienced a very traumatic event in his young life, the rangers who found him gave him a chance to grow up to be a normal rhino. He drinks about 12 liters of fat-free milk a day as a growing baby rhino. Those working with Gertjie at the center are attempting to teach him to be a rhino, just like his mother would. He took quite well to their “mud bath” lesson.

Snuggling with his caretakers is also something the baby rhino loves doing. He’ll stay at the center until he is old enough to be released back into the wild, where hopefully he can live safely. Even though the people looking after him hope that he will grow up to be a big, strong rhino, they are enjoying the time they have with Gertjie.

What is Driving Rhino Poaching?

Many countries believe that the rhino horn is an important ingredient for a number of Traditional medicines. This is false. . Yet, the market for rhino horn is still shockingly high in Vietnam, China, Thailand, and Korea. Rhino horn has been used in Chinese medicine for more than 2,000 years and is used to treat fever, rheumatism, gout, and other disorders. It has also been said that the horn could also cure snakebites, hallucinations, typhoid, headaches, carbuncles, vomiting, food poisoning, and “devil possession.” (However, it is not, as commonly believed, prescribed as an aphrodisiac).

Because rhino horn is made of keratin, it really has the same medicinal effect as chewing on your fingernails (i.e. none) , but it is a testimony to the power of tradition that millions of people believe that it does. Of course, if people want to believe in prayer, acupuncture or voodoo as a cure for what ails them, there is no reason why they shouldn’t, but if animals are being killed to provide nostrums that have been shown to be useless, then there is a very good reason to curtail the use of rhino horn.

There are five species of rhinoceros across the world, and all are in danger of being hunted to extinction for their horns. Rhinos, as we know them, have been around for millions of years and it is heartbreaking to realize that the world’s rhinos are being eliminated from the face of the earth in the name of medications that don’t work.

In the early twentieth century, it’s estimated there were about 500,000 rhinos throughout Africa and Asia. Because of poaching, their numbers have been rapidly dwindling over the years. The black rhino was killed for its horns so aggressively, it was actually declared extinct in 2011. According to Save the Rhino, South Africa is home to 83 percent of Africa’s rhinos and 73 percent of all wild rhinos worldwide. Unfortunately, this last haven for rhinos has also been experiencing poaching. The rhino poaching situation is reaching a crisis point.

There are countless orphaned rhinos across the world, just like Gertjie, who need us to start standing up in their defense. We can all play a part in helping to save the last remain rhinos by sharing the truth about how Traditional Medicine contributes to their demise. As more people realize how purchasing supplements with rhino ingredients harms this endangered species, they will be more likely to seek out an alternative. When the buying stops, so can the killing.