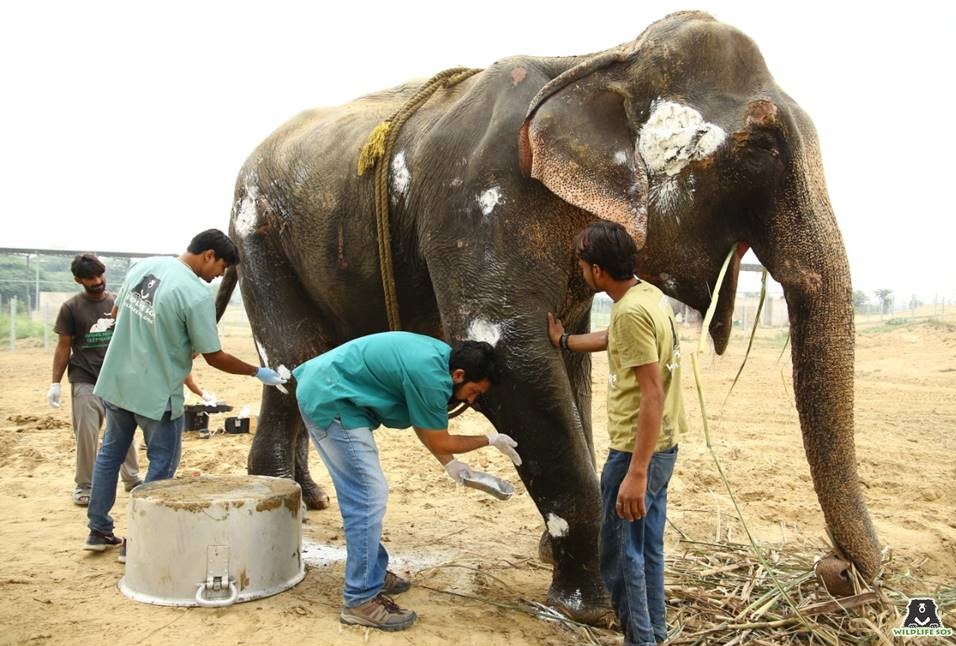 Around the world, elephants despite being gentle, majestic, large animals are mistreated and abused for multiple industries. They are taken from the wild or bred in captivity to be used for the tourism industry giving elephant rides, in zoos and circuses for entertainment, and they’re also used in industries such as logging. Recently, an elephant in Sri Lanka collapsed after being overworked, a baby elephant named Dumbo died after being forced to perform through illnesses, and many elephants were caught on camera displaying signs of immense distress at a tourist elephant attraction.

Elephants are wild animals whose natural lives would not consist of any of these activities they are forced to endure by humans. In order to get them to do these things, their spirits are broken and they are constantly threatened with bull hooks. All this to live in captivity where their mental and physical health deteriorates.

How many elephants have to suffer and die before they are finally left alone in the wild and no longer taken into captivity? Hopefully stories like that of Bella, a 65-year-old rescued elephant will bring awareness and hopefully lead to the end of such cruelty.

Wildlife SOS tells One Green Planet that earlier this week they were informed by the Uttar Pradesh Forest Department of an elephant in dire need of help in Sitapur, India. They explained that the 65-year-old elephant (much too old to still be forced to work), “was suffering from chronic osteoarthritis of hind limbs and rotten footpads from severe neglect and from walking on hot tar roads.” 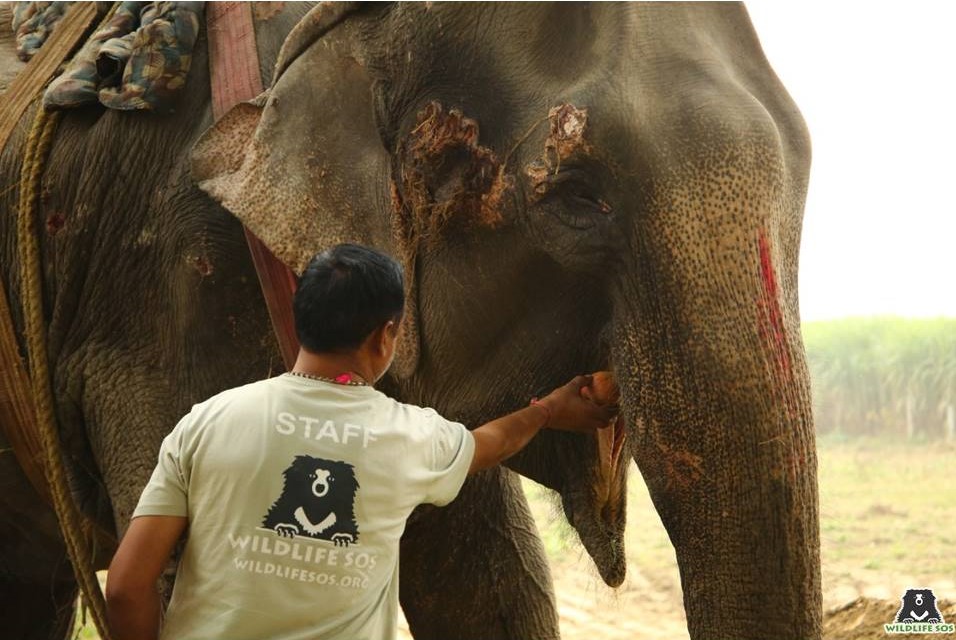 The Wildlife SOS veterinary team provided the sick elephant with medical support for 72 hours and when Bella was able to stand, they transported her to the Elephant Hospital in Mathura. There she was give a soft mud and straw bed to rest and undergo further veterinary tests.

The Divisional Forest Officer of Sitapur has taken legal action against the people responsible for abusing the elephant. She was also confiscated from them before the rescue. Wildlife SOS told One Green Planet: “It is suspected that the elephant, identified as a 65-year-old female was sold into captivity as a young calf and has since been used as a riding elephant in weddings and processions in Sitapur and for begging. The life of a “riding elephant” is filled with excruciating pain and labour with little or no access to medical help, nutritious food and fresh water. They are trained using spears, spiked chains & bull hooks that instill severe pain and fear to break the animal’s spirit. The elephants are worked to the bone, with little or no regard for their welfare. A specific campaign www.refusetoride.org aimed at educating the public has been launched.” 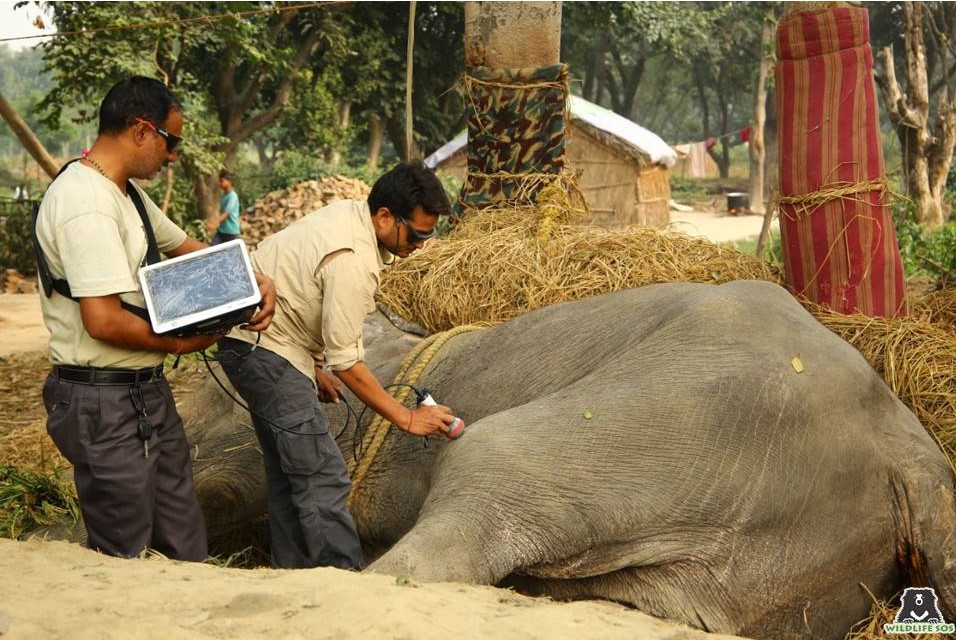 You can help animals like Bella by never going on an elephant ride while traveling and informing everyone you know to do the same. You can also sign this petition calling on authorities to ban this cruel practice!