Former Logging Elephant Who Was Left Tied to a Tree, Finally Gets Her Freedom After 55 Years! 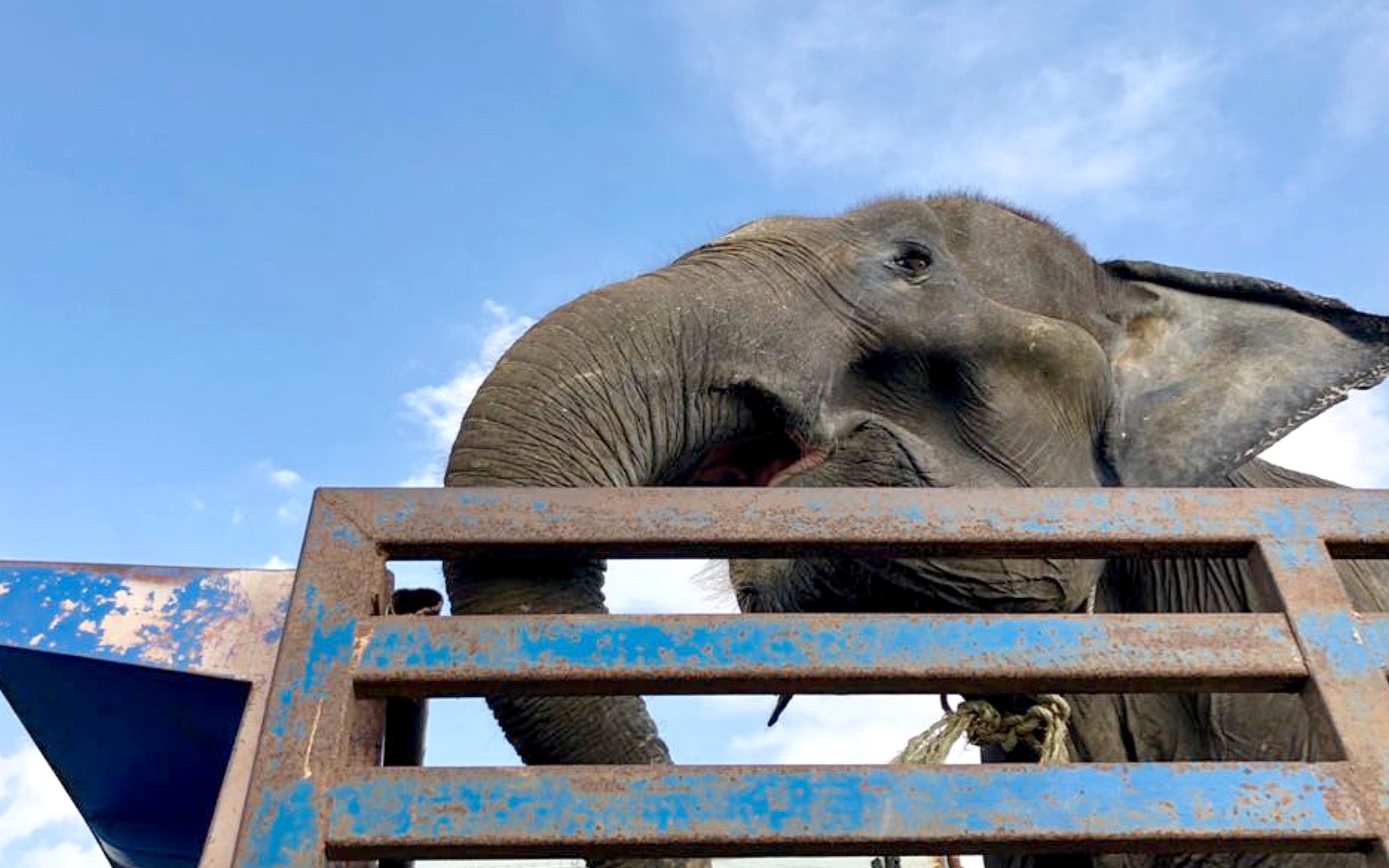 Rescuers from the Phuket Elephant Sanctuary in Thailand traveled many miles across the sea to find and save a 55-year-old elephant in need. The team went to the southern part of Lanta Island and found Phang Duan, the unfortunate animal tied to a tree in the blistering heat. Luckily, although she did not know that yet, the sight of the rescuers meant something life-changing for her – her plight was now beginning to end.

The sanctuary team was contacted about the elephant by Khun Amy Bushell, who had spotted the animal back in February. She saw Phang Duan tied to a tree, unable to find shelter from the unbearable heat. 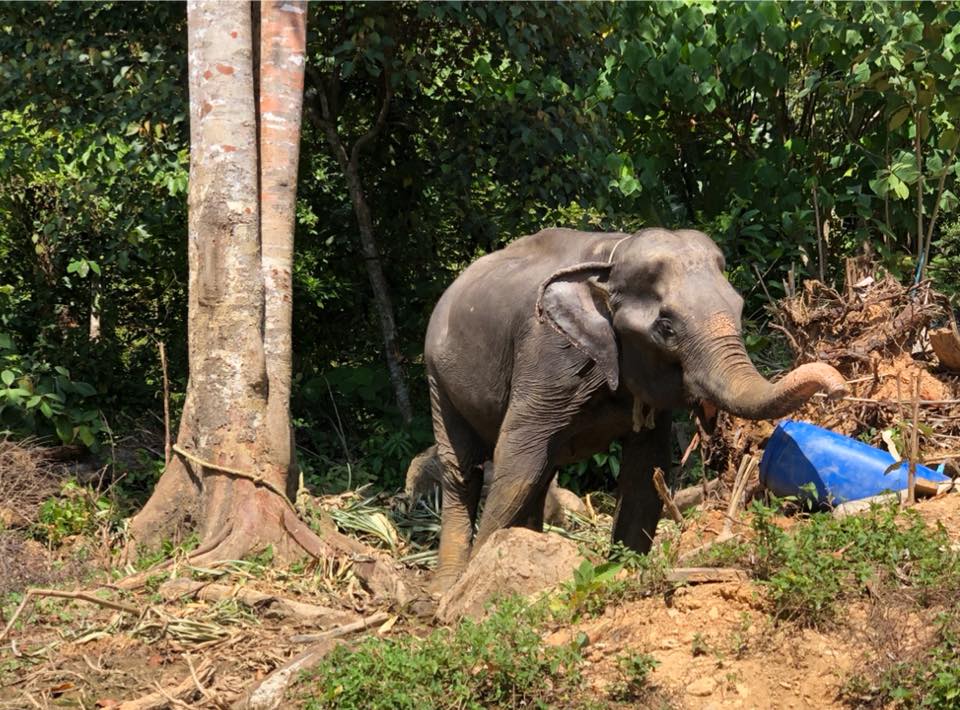 Khun Montree, founder of Phuket Elephant Sanctuary, and the team decided to help Phang Duan right away. When they got to her, the rescuers found the elephant in a heartbreaking state. She was painfully skinny, had an infected wound on her leg, and the heat had left her weak, dehydrated, and shaking out of distress. 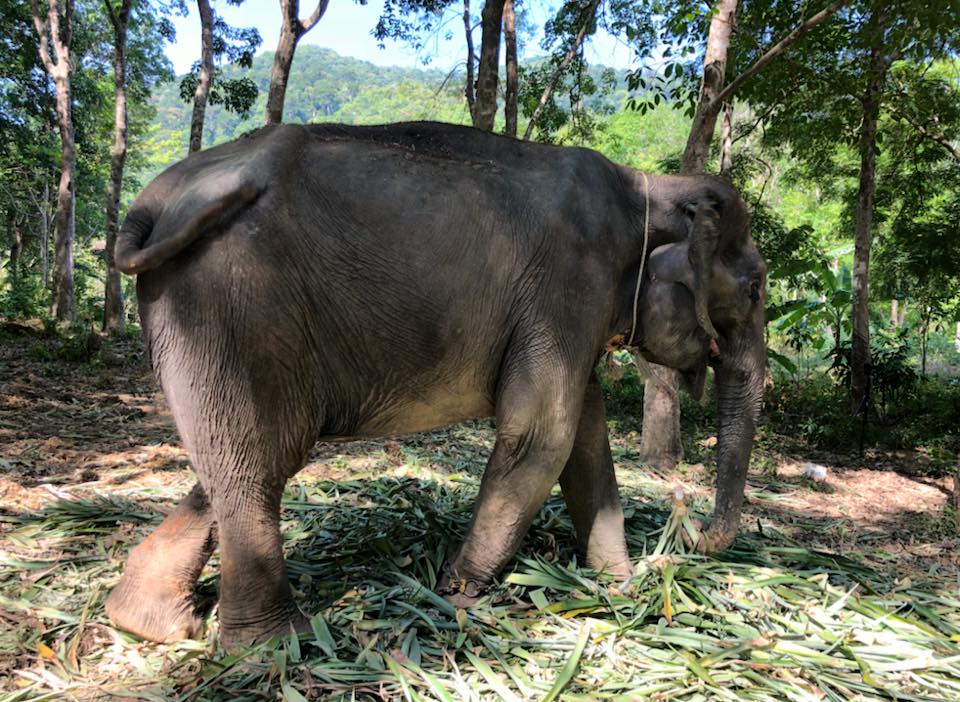 According to her owner, Phang Duan worked in the logging industry in Southern Thailand for many years before being moved to Krabi, where she walked the streets to sell bananas and had to endure hours of bathing with tourists every day. 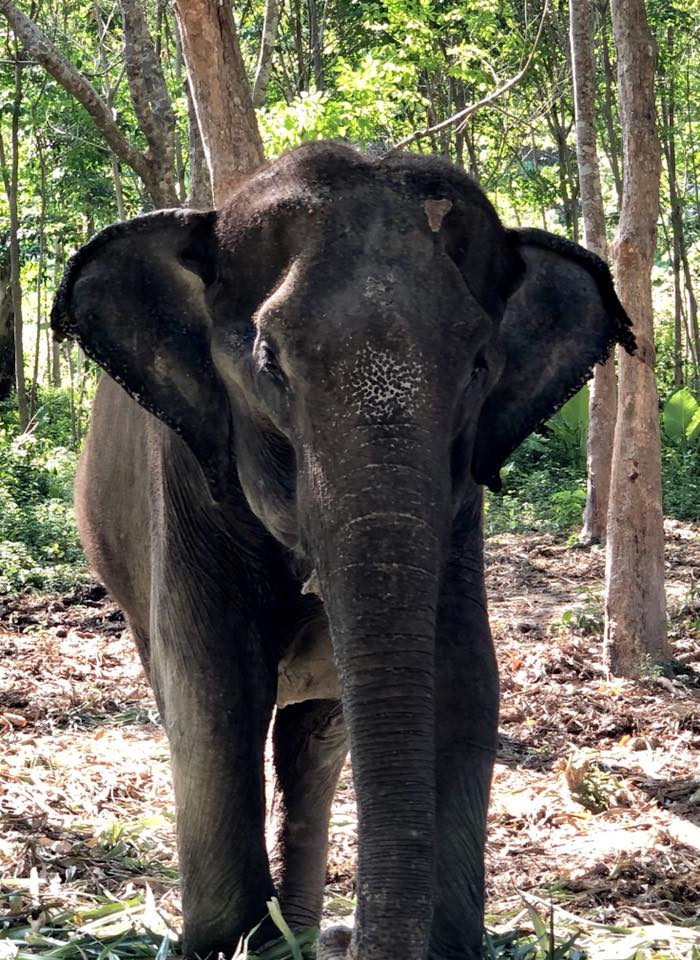 Thanks to the rescue team, she embarked on one more journey – from Lanta to Phuket, this time her destination finally being a safe home. 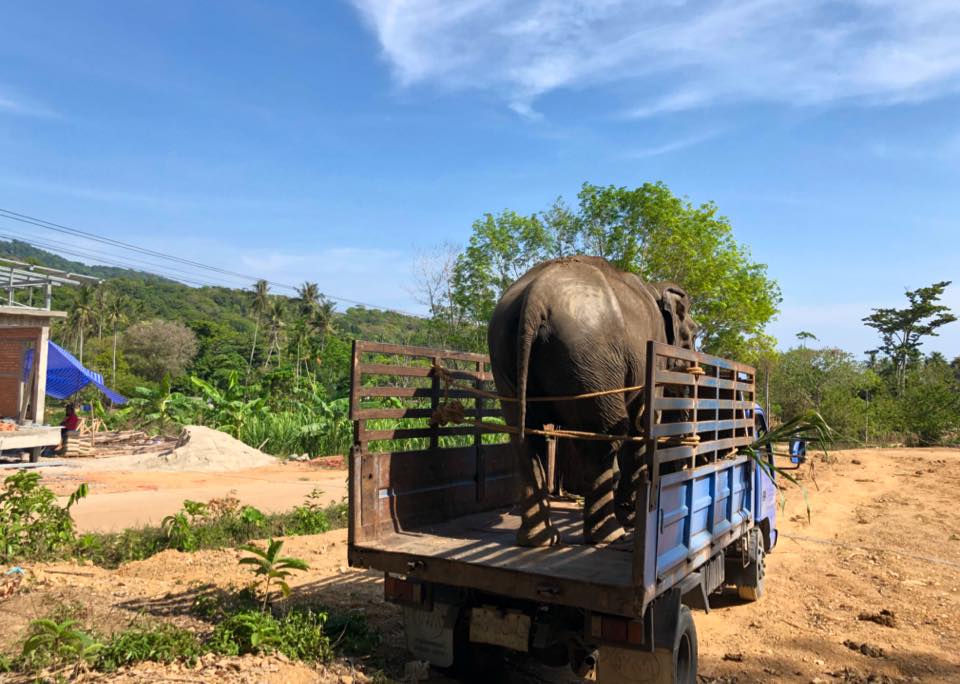 The elephant’s name seems to have been given to her following the amputation of her tail – “Duan” meaning “maimed” in Thai. Now, this beautiful animal has a new name – Sai Tong – and a new home at the sanctuary. 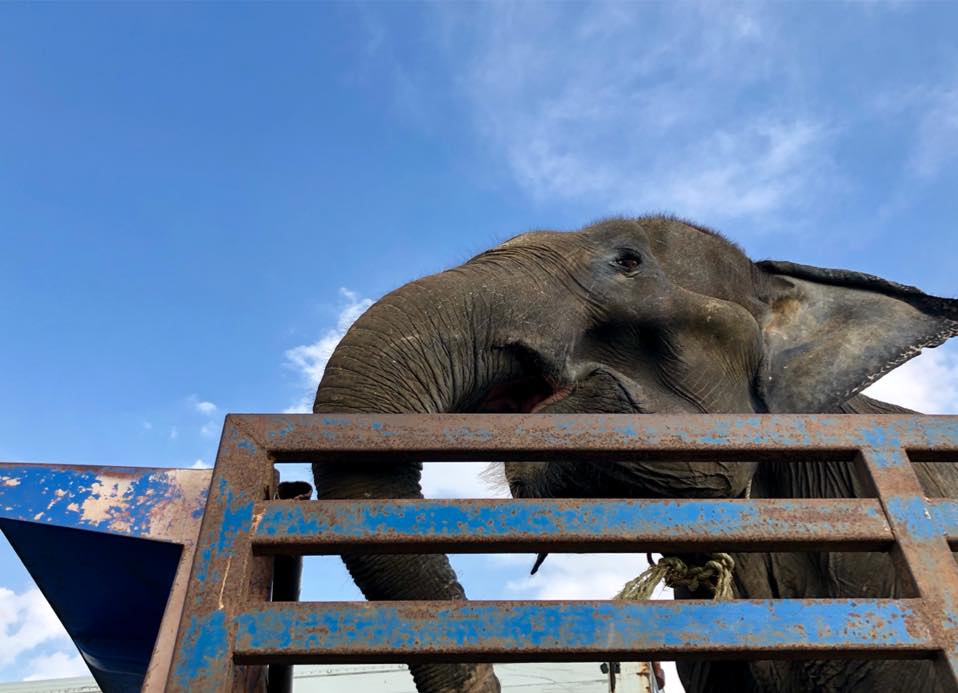 Phang Duan had to endure years and years of exhausting work and suffered in completely inadequate living conditions – but now, finally, her life has changed. This gentle giant was freed from her chains – and she will, at last, have the chance to enjoy being alive.

To learn more about the Phuket Elephant Sanctuary, click here.