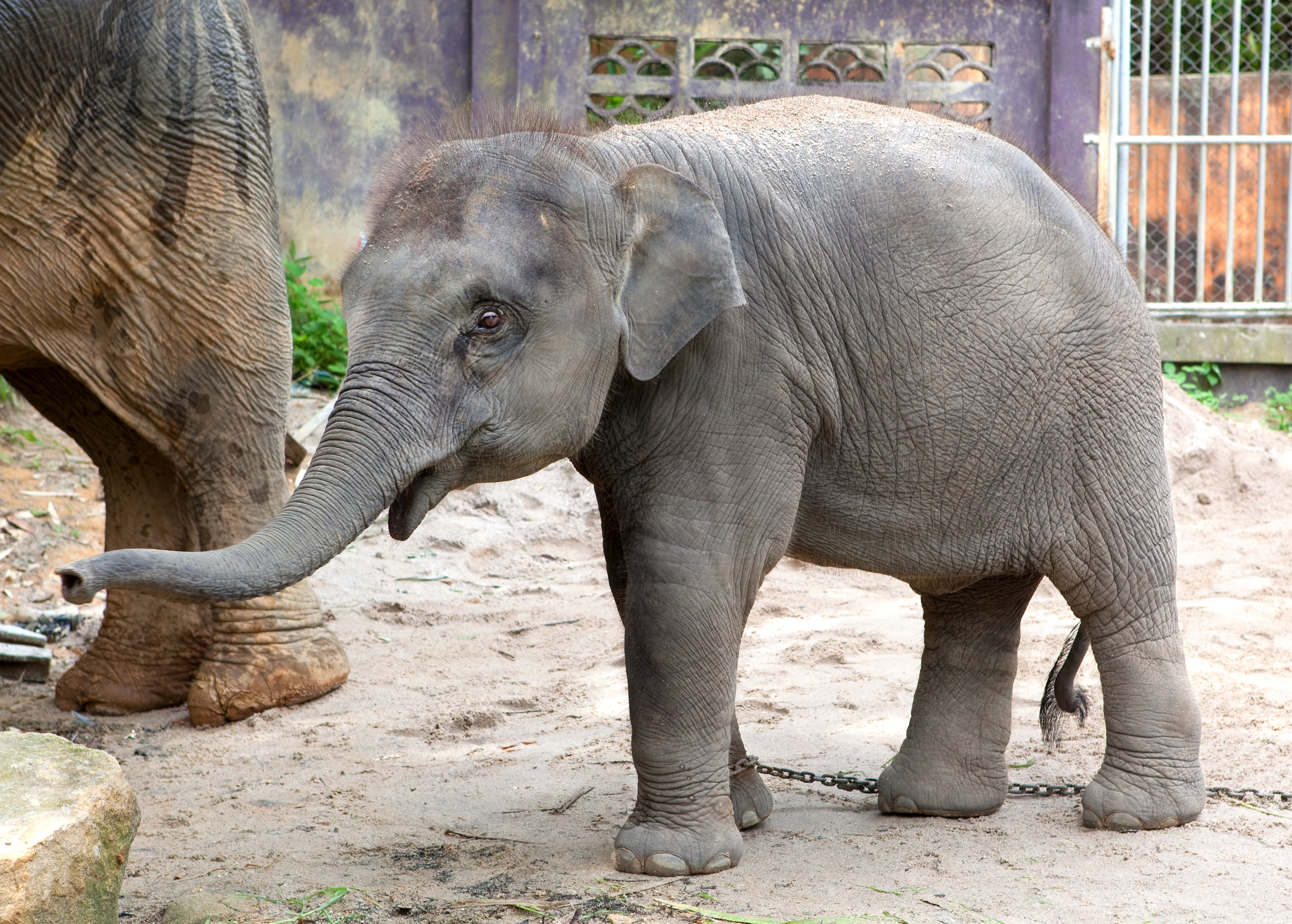 In April, we shared a petition that asked for an elephant that was nicknamed Dumbo to be sent to a sanctuary. Moving Animals shared footage and photos of his body appearing skeletal, which meant he was malnourished. He was being forced to perform unnatural tricks, play instruments, dance and ‘rave,’ and more. He was even seen sucking her trunk for comfort, a sign of distress when baby elephants are not with their mothers.

After Moving Animals shared his story and many people signed the petition demanding for him to receive care and be sent to a sanctuary, Phuket Zoo finally sought veterinary care for Dumbo. It turned out he was suffering from a digestive tract infection that gave him constant diarrhea and made him weak.

However, it gets worse. Dumbo then got stuck in a puddle of mud one day. Because he was so weak, his back legs snapped while he was trying to get out of the puddle. Phuket Zoo did not even notice his back legs were broken for three days. When he was finally taken to an elephant hospital, he died three days later.

Dumbo’s story is tragic and heart-breaking. Moving Animals, the organization behind the movement to share his story and free him, said: “For “Dumbo” to die whilst under the so-called “care” and “treatment” of the zoo shows just how neglected these animals are in captivity. And so, to send the message that cruel wildlife attractions, like elephant shows, will not be tolerated, we’re calling for Phuket Zoo to be closed down immediately.”

If you agree and also want Phuket Zoo to be closed down, sign this petition!