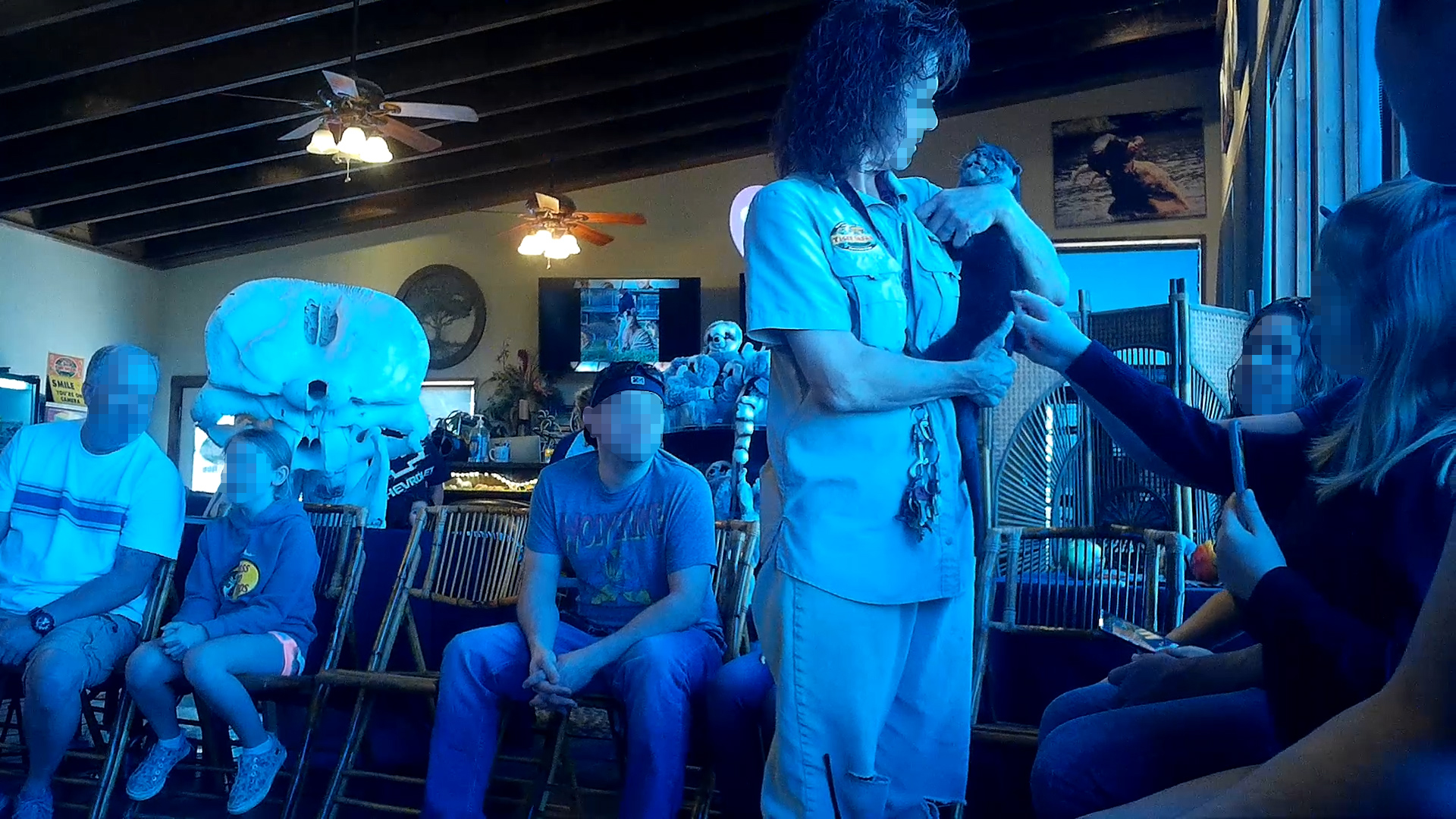 The Humane Society of the United States (HSUS) took undercover footage at the Tiger Safari Zoo in Tuttle, Oklahoma that shows a distraught otter being used for a “VIP” encounter, among other atrocities.

In a video taken March 28, 2021, the otter is heard crying before his handler takes him out to meet the public. He was squirming ahead of being shown to a crowd of customers, HSUS shared.

Animal behavior authority Jay Pratte and zoo curator Christie Eddie provided extensive comment and concluded: “The [otter] is visibly struggling against the handler and can be observed pulling away from and trying to evade members of the audience. When the distress vocalizations do not diminish, that handler covers the otter’s face with her hand to attempt to muffle the sound. …The handler physically restrains the animal throughout the encounter, ignoring the clear behavioral expressions of distress.”

Otters are susceptible to Covid-19 ad no precautions were taken by Tiger Safari to prevent transmission.

Lisa Wathne, manager of captive wildlife protection for the Humane Society of the United States, said: “This shabby operation shows no more concern for the otter currently being exploited than it did for the now-dead tiger cubs who were the subjects of our 2014 undercover investigation at the facility. Whether an otter cub or tiger cubs, Tiger Safari is an equal-opportunity abuser. Visitors to these horrific facilities should ask themselves, if a screaming, struggling otter being handled by apathetic workers is the public face of Tiger Safari, what goes on behind the scenes?”