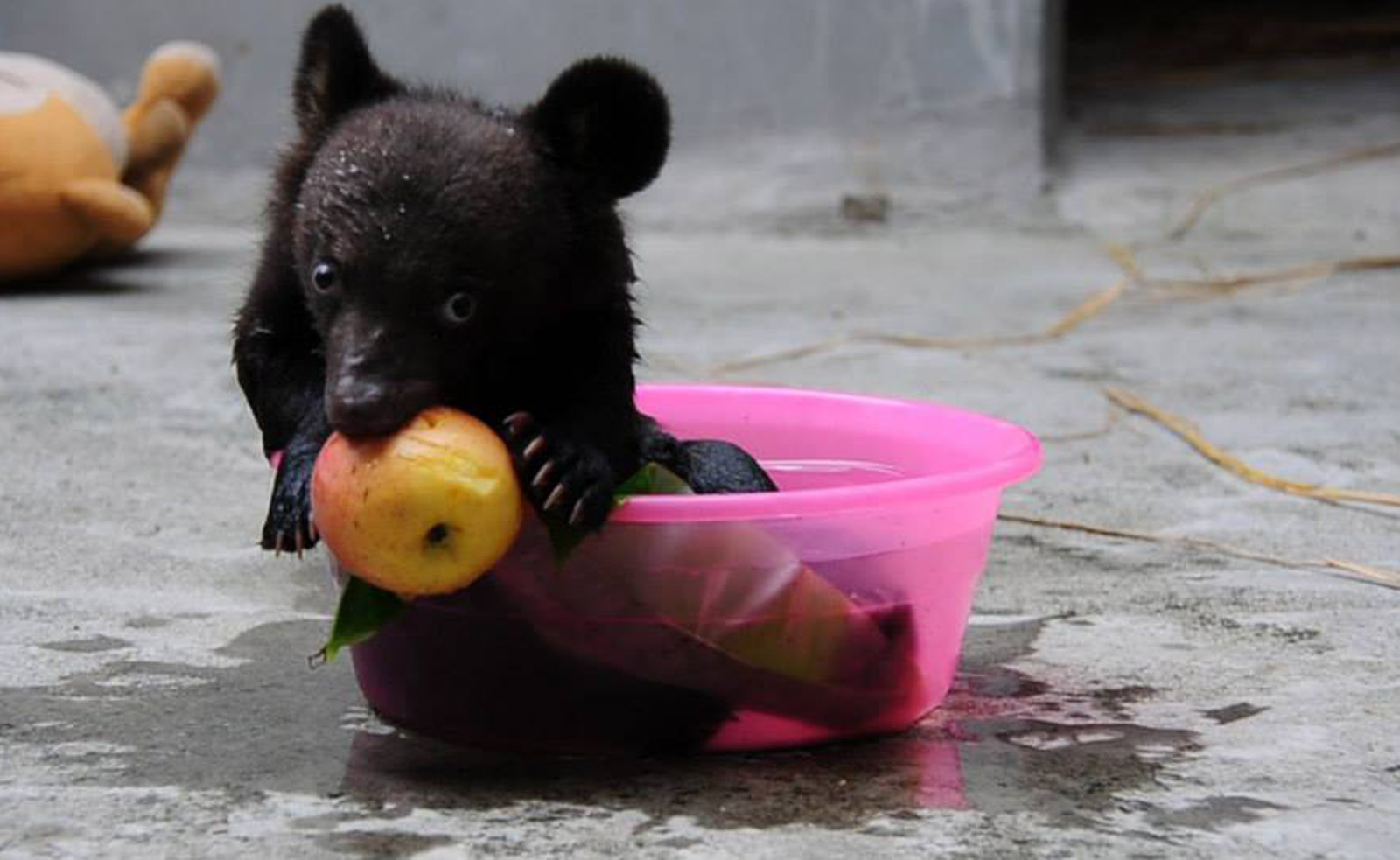 In the U.S., we don’t get to encounter Asiatic black bears, also known as moon bears, very often. When it comes to moon bears we are largely unfamiliar with the species and the specific threats facing these animals. The Asiatic black bear is the most affected by the demand for bear bile and is also frequently exploited for Asian traditional medicine.

To help us all get a little more acquainted with the moon bear, here are some of the most common myths about these amazing, charismatic bears, debunked!

1. There Aren’t Bears in Vietnam, are There?

Yes, bears are native to Vietnam! One of the first things I hear when I say I work with bears at Animals Asia’s Vietnam Bear Rescue Center is: “I didn’t know there were bears in Vietnam?” Well, yes there are!

Asiatic black bears are native to Vietnam and throughout southern Asia from Pakistan to the islands of Japan. There are also other species of bears native to Asia and these include the smallest of the bear species, also native to Vietnam, sun bears (of which we have eight at our Vietnam Sanctuary).

Other bears in Asia include sloth bears and probably the most famous and easily recognizable, giant pandas. 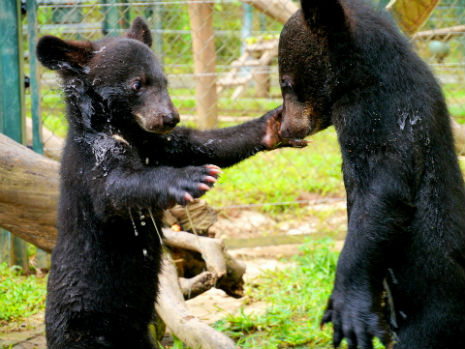 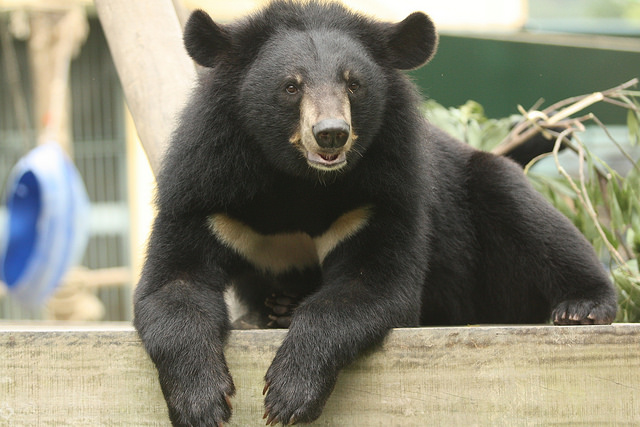 3. All Bears are Carnivores Right?

Wrong! Like many other bear species, moon bears belong to the order Carnivora but are omnivores. Greenery ­– or browse – from trees makes up the bulk of their wild diet along with fruits and available vegetables such as sweet potato and corn. In smaller amounts they also enjoy insects, small mammals, fish and reptiles. They are incredibly opportunistic foragers, so food which humans have left behind makes its way in there too!

At Animals Asia we try to replicate (the healthier parts) of a wild diet by providing the bears with daily native browse such as bamboo, jackfruit and ficus, fruits, vegetables and a small amount of dry dog food. As we keep them in semi-wild enclosures there is often the opportunity to forage for insects too, particularly termites, ants and earthworms. In the wild their diet also adheres to seasonal trends so we replicate this to the best of our ability by offering seasonal soft fruits in summer and chestnuts in winter.

One of their absolute favorite foods both in the wild and here is honey, very much like the most famous bear of all! Though as this is a rarer and highly prized treat for wild bears, we also only use honey as an occasional high-ranking reward. 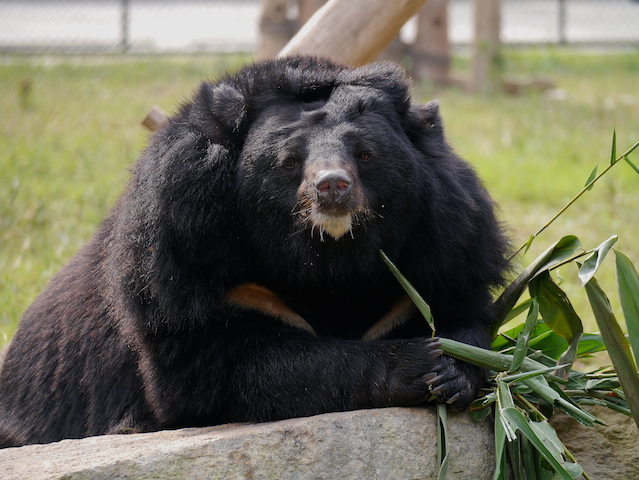 4. Bears are Highly Aggressive and Therefore Difficult to Work With

Although Asiatic black bears have some notoriety for being aggressive when they come into contact with people in the wild (mainly if someone accidentally gives them a fright, or comes between a mother and cubs) this is actually a benefit in countries where they are frequently poached to be sold into the bear bile trade, and is far from true if captive bears are managed appropriately.

When we rescue bears and bring them to our centers they will eventually be integrated into larger groups in bear houses that enjoy the benefits of large semi-wild enclosures. We use positive reinforcement to allow us to manage them easily in this type of setting.

This is the process of increasing the chance of a behavior recurring by rewarding it. We use small pieces of fruit as rewards for bears when we need to move them between dens and in or out of the enclosures. 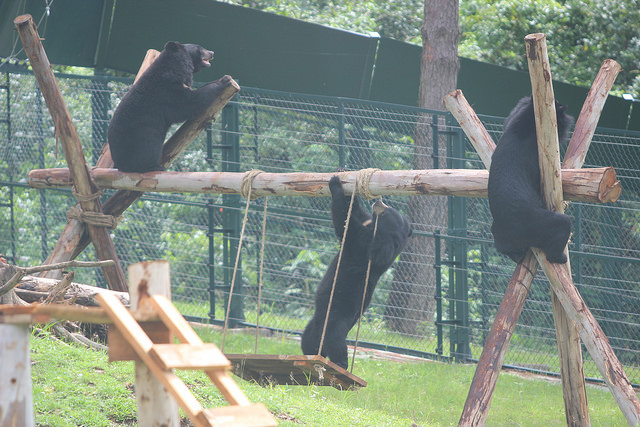 Very wrong! In February 2013, the China Daily quoted the China Association of Traditional Chinese Medicine (TCM) as saying, “The process of extracting bear bile was as easy, natural and painless as turning on a tap. After the operation was done, bears went out to play happily.” This is – as you can imagine – absolutely incorrect. Bile is extracted using various painful, invasive techniques, all of which cause massive infection.

The pain bears on farms are clearly suffering from is often characterized not only by their physical condition but also by self-mutilation, noise, aggression, stereotypic behaviors (repetitive behaviors which serve no purpose but are commonly thought of as a coping mechanism) and in some animals complete apathy, all of which can be commonly seen in bears on bile farms.

We do the same when we need to see a bear close up for a quick health inspection or when a problem is reported, and also to weigh our bears on a regular basis. We find that when working with bears this way and always providing them with choice, we see calm bears that seem to enjoy interacting with staff and some love weigh days so much we struggle to get them to go back out when we’ve finished! 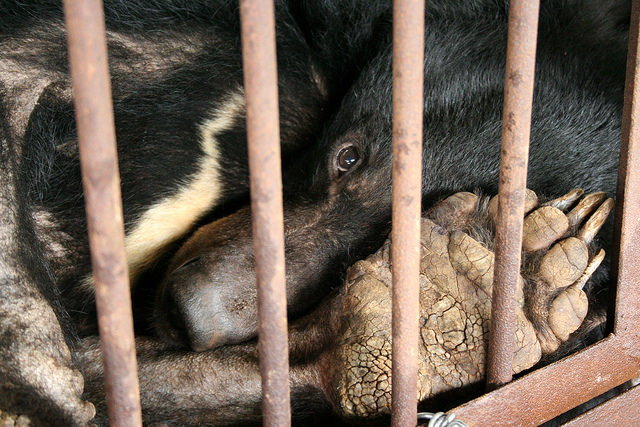