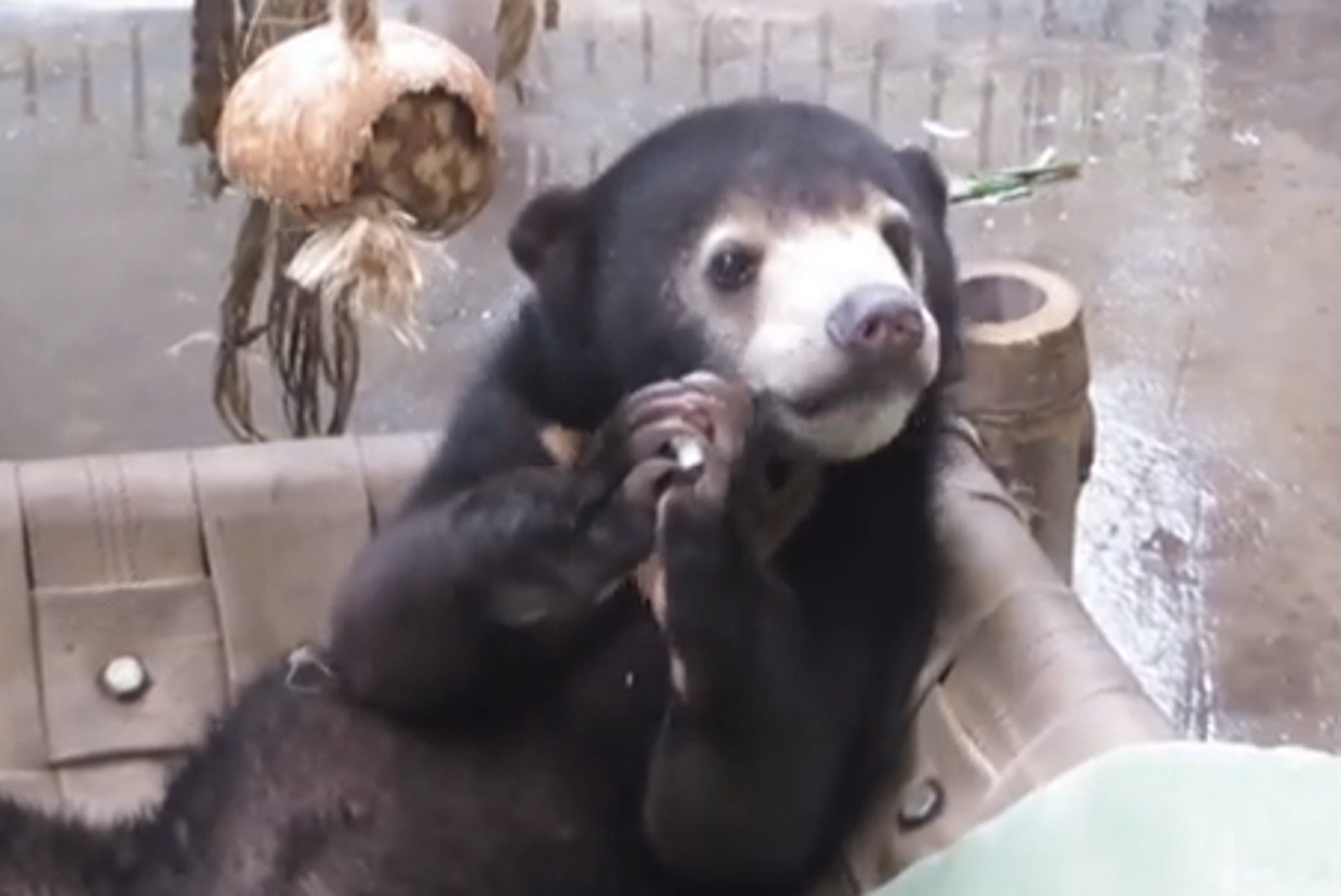 Bear bile has been used in traditional Chinese medicine for over one thousand years. Historically, it was used for “heat-clearing,” spasm-relief, eye-brightening and even to expel worms. It was also highly valued because it was so hard to obtain – sometimes even referred to as: “liquid gold.”

However, nowadays, with the development of modern medical science, there are many other treatments that can cure the same diseases – treatments that don’t harm animals. That’s why we at Animals Asia initiated the campaign Healing Without Harm. We needed to let people know that they have other options.

With 10,000 bears being farmed for their bile in China – living in tiny cages. It’s an industry that needs to end.

On February 9th, 2010, the fourth anniversary of the death of our first rescued bear, Andrew, Healing Without Harm was launched in China. Some 33 drug stores in Chengdu city, Sichuan province announced they had removed drugs containing bear bile from their shelves and had become bear bile free.

Now, four years later, Healing Without Harm has grown much bigger. Presently over 1,900 drug-stores located in Sichuan, Hunan, Guangdong and Liaoning provinces, as well as 2,500 doctors have joined the campaign, in addition to four pharmaceutical manufacturers and two hospitals.

One drugstore owner told us:

“When Animals Asia first approached me, I didn’t understand why Animals Asia wanted to do this. In my opinion, a pharmacy is a place to offer sick people whatever medicine they want.” He continues, “But after I was told about the bear farming industry, I was shocked by the living conditions of those farmed bears and started to worry about the safety of bear bile products. Then I thought, as a drugstore owner, I’m obligated to guarantee the health of my patients, I won’t recommend anything I’m not sure of to my customers, such as bear bile products. That’s why I joined Healing Without Harm. ”

Another key change this year was the participation of the Changsha City Food and Drug Administration Director. His attendance at our conference in September marked the first time the platform had broadened from a commercial to a governmental level. This high level support has given the project a real boost and a strong sense of legitimacy.

Spreading the Message of Healing Without Harm

The campaign has grown faster than we could have hoped, but Healing Without Harm won’t stop here. Next year, we aim to expand it to Yunnan province, and gain support from more doctors.

With the bears still on bear farms suffering daily to feed demand, it’s more important than ever that people realize the alternatives available to them. Synthetics and herbal alternatives are widely and cheaply available, if everyone can know that we have another option instead of bear bile, then we can heal without harming.