8 Little-Known Animal Sanctuaries That Will Inspire You 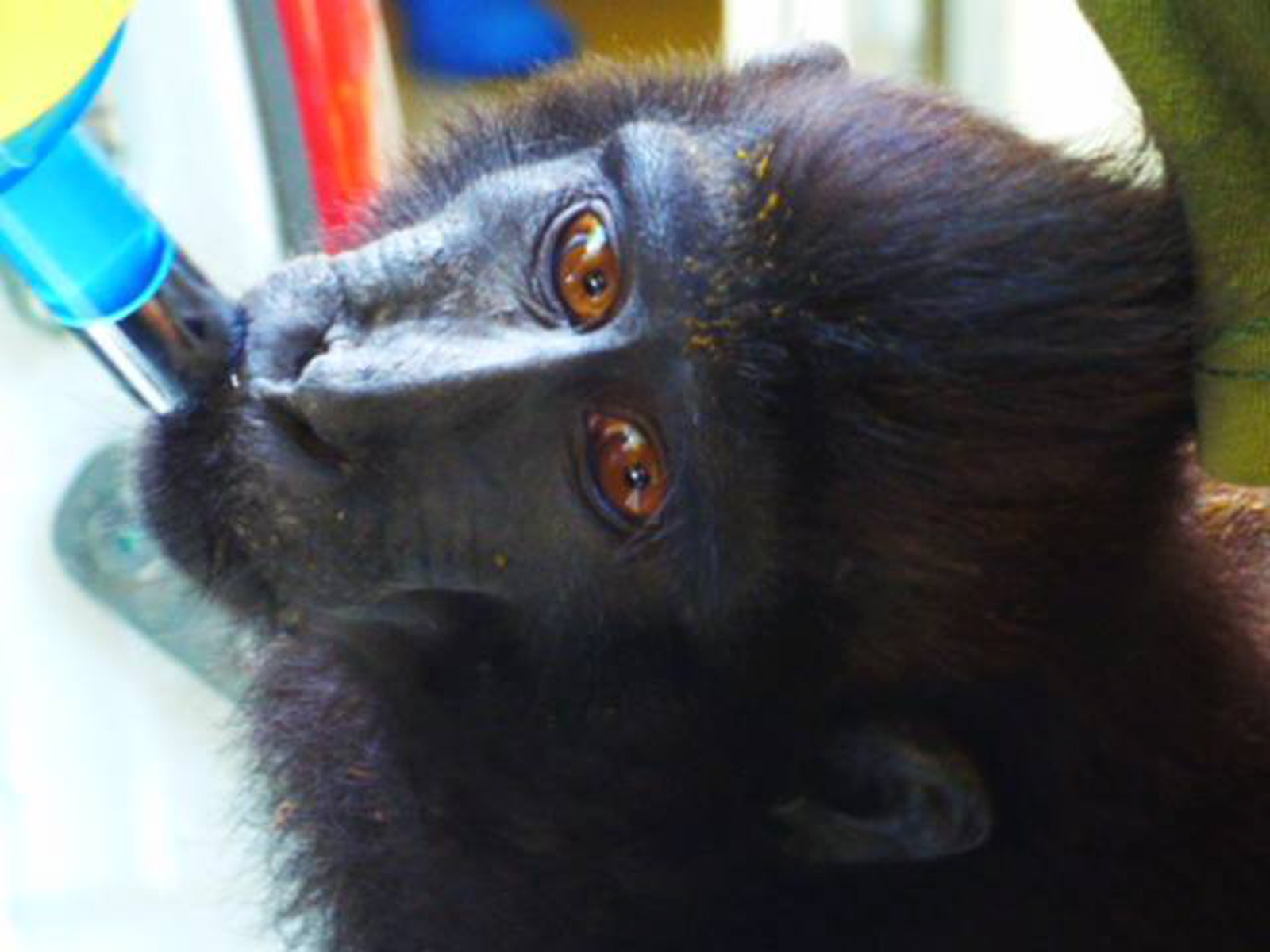 We live in a world where humans far too often fail to show kindness toward one another and toward other creatures. When animals are abused, neglected, or abandoned, the perpetrators nearly always go unpunished. Luckily, there are plenty of kind-hearted people out there, who devote their time and energy to saving vulnerable animals and providing them with a safe haven to call their own.

Many well-known animal sanctuaries – such as Farm Sanctuary’s two shelters in California and New York State, or Edgar’s Mission in Australia – have done amazing work in looking after the animals under their care, educating members of the public, and promoting a more compassionate, animal-friendly way of living. However, there are also plenty of less well-known sanctuaries out there whose work deserves to be acknowledged. Below, we profile eight little-known places that will inspire you.

Wild animal populations on the islands of Indonesia have been under attack for many years, with many of their key habitats being systematically destroyed by the palm oil and illegal logging industries. The illicit wildlife trade is also a major problem in this area of the world. A number of animal rescue organizations and sanctuaries are working on the ground to help save these animals, and one of the unsung heroes of this fight is the Tasikoki Wildlife Rescue Center, located on the Indonesian island of Sulawesi. They help rehabilitate young animals who have been torn from their mothers to be sold into the wildlife trade, while also helping police investigate wildlife smuggling crimes. The Center also runs an education program in local schools to help teach children about the importance of caring for the local ecosystem. Orangutans, sun bears, cassowaries, and cockatoos are among the species they commonly assist. You can gain more information about the work of the Tasikoki Center by visiting their website or Facebook page. You can also find out how to volunteer with them here.

Baja Animal Sanctuary (BAS), located in Rosarito Beach, Mexico, is the only no-kill animal shelter in Northern Mexico. It was founded by a New Yorker named Sunny Benedict, who was working in Rosarito and became moved by the plight of stray animals in the area. BAS now provides “a safe haven” for approximately four hundred dogs and cats, in addition to one equine resident. The sanctuary aims to heal, neuter and rehome as many animals as possible. Those who cannot be rehomed are given a permanent home at BAS for the rest of their lives. You can get more information about this sanctuary by visiting their website. A donation link is available here, while the sanctuary’s wish list of essential items can be viewed here.

This organization was founded in October 2007 by a veterinary surgeon named Dr. Raoudha Mansour, who was determined to “improve the lives of animals” in Tunisia. Like many other countries around the world, Tunisia currently has a large population of homeless animals wandering the streets, and standards of care for these animals are often very low. S.O.S Animaux organizes campaigns that aim to raise public awareness about the poor living conditions of Tunisia’s strays, and why it is vital that neutering and vaccination programs be implemented for these animals. The organization aims to neuter, vaccinate, rehome and care for as many animals as possible, but their shelter space is unfortunately very limited at present. They are currently aiming to raise funds that will enable them to build a dedicated animal rescue center for abandoned, ill, and traumatized street animals. To find out more about their work, visit their website or their blog. You can find out how to support them here.

The FellaShip Sanctuary in Kent, England, was officially opened on May 23, 2015, and was inspired by a pig named Fella. Fella was rescued after his human mom spotted him – along with nine other piglets and four adult pigs – spotted him on the grounds of a meat farm that was closing down, and knew that she had to do whatever she could to rescue them. This plucky pig’s motto in life is: “Be you, be amazing, be amazed and don’t let anyone – ever – make a sausage out of you.” His proud carers add, “Fella not only delights us every day, but he has become a way for us to communicate with the world and show you how amazing pigs are.” The sanctuary is currently home to seven out of the fourteen pigs who were rescued from the farm (the other seven were moved to a different sanctuary nearby), and plans to acquire additional land that will enable them to help more animals like Fella. You can find out more about the FellaShip Sanctuary through their website or Facebook page. A GoFundMe donation link is available here.

Puglia Pooches is dedicated to caring for stray and abandoned animals in the southern Italian region of Puglia. This organization is run by a couple named Val and Mino, who go out around their village every day to provide stray dogs and cats with food and water, in addition to seeking out veterinary care for those who need it. Val says, “We live in a seaside village that’s practically deserted in the winter months. This is probably why it has become a dumping ground. Most of these animals are such beautiful, friendly creatures, it breaks our hearts. We want to bring them all into our home. Of course this is not possible. As it is, we have far too many … We have rehomed a few along the way, but it’s a difficult task.” She and Mino hope to raise enough money to purchase and fence at least 1,000 square meters of land, that can then be used to build a refuge for elderly and sick stray dogs. You can help them by donating here, or you can find out more about Puglia Pooches via their Facebook page.

Many elephants in Thailand and other areas of south-east Asia are forced to work in the tourism industry by having their spirits broken in a cruel training process known as “phajaan.” This process aims to make the elephants fear their handlers, so that they will become meek enough to allow themselves to be used as photo props, or be ridden by tourists. Elephant trekking camps often force their elephants to work long hours, without water or rest: a fact that can sometimes lead to the tragic deaths of the elephants involved. Boon Lott’s Elephant Sanctuary (BLES) is one of many refuge and advocacy groups fighting to end the cruelty of the elephant tourism industry and care for rescued elephants. BLES occupies approximately 500 acres of lush, forested land, where formerly abused elephants can spend the rest of their days in peace. To learn more about this sanctuary’s work, check out their website or Facebook page. A donation link is available here, while their wish list is available here. 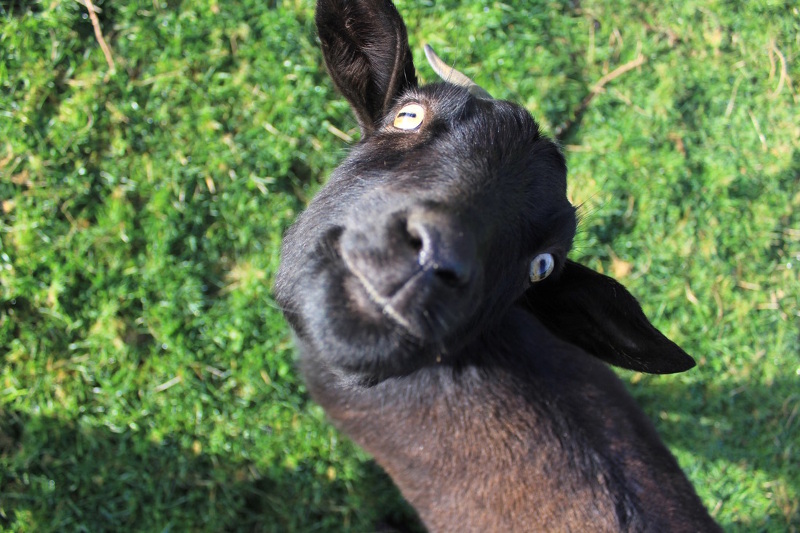 The Black Sheep Animal Sanctuary (BSAS) is located at Otaki Forks, north of Wellington in New Zealand. Founded by the Animal Protection Society in November 2009, their primary aim is “to provide a refuge for abused, neglected, and mistreated animals, and especially former farm animals.” New Zealand’s economy is heavily reliant on the meat and dairy industry, and as such, many of Black Sheep’s residents have been rescued from factory farms or other intensive animal rearing operations. An estimated two hundred animals – including chickens, geese, miniature horses, goats, dogs and cats currently live at this sanctuary. There are a variety of ways to support this sanctuary: you can donate, volunteer, sponsor an animal, or adopt an animal. You can find out more about all of those options here, or purchase some of Black Sheep’s merchandise here.

The SanWild Wildlife Sanctuary in Limpopo, South Africa, spans an incredible 12,000 acres, and aims to “play a meaningful role in wildlife conservation in a country where poaching, unethical hunting, (and) the breeding of genetically modified creatures pose a major threat to ethical and biodiversity conservation.” Poaching victims are commonly treated at SanWild. They have helped to heal and rehabilitate a vast array of animals, including the Transvaal lion, South African giraffe, South African cheetah, plains zebra, Southern white rhino, and hippo, to name just a few. More information about SanWild can be found via their website or Facebook page. You can donate here, or visit their online shop here.