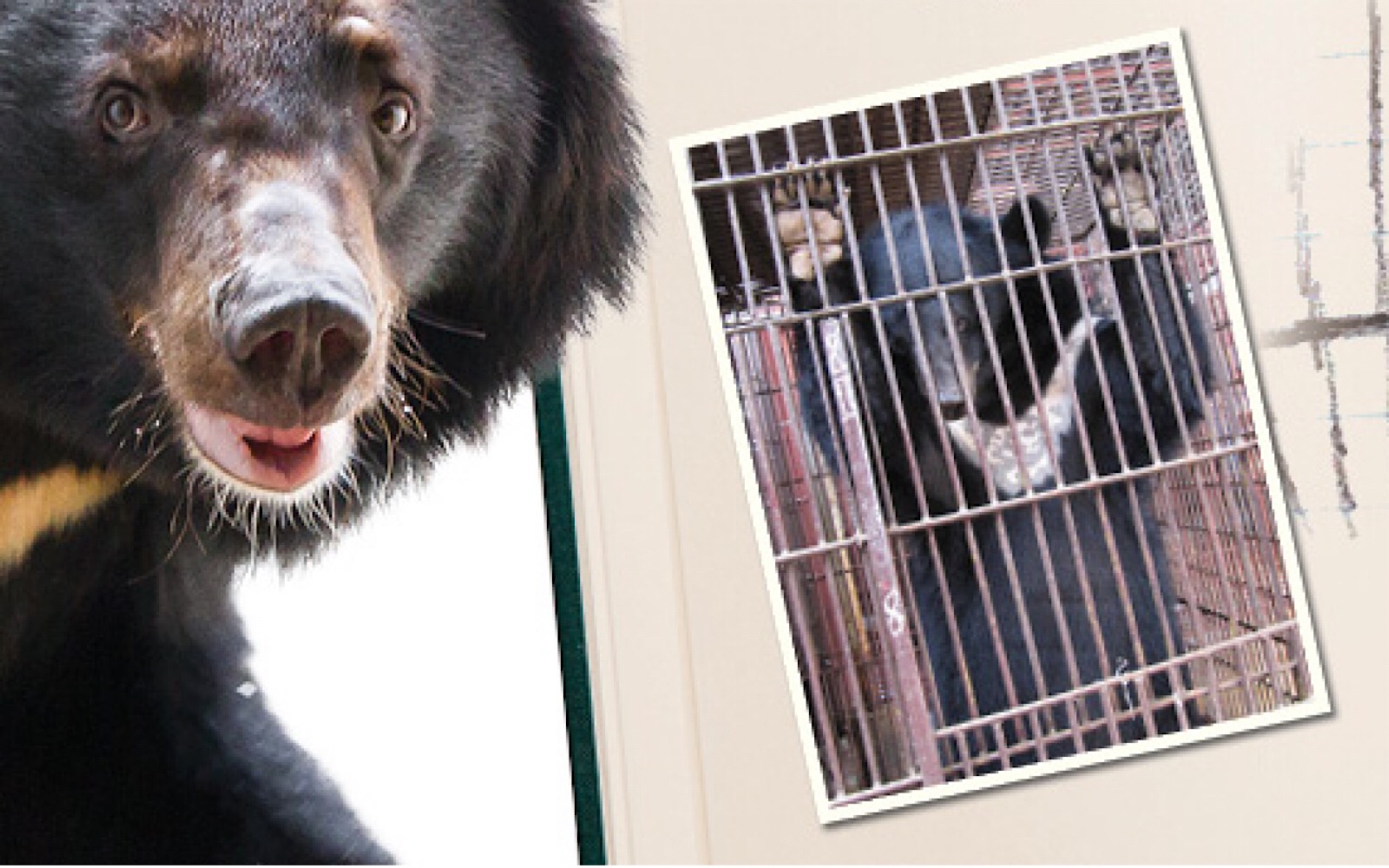 When an image of a caged bear with an outstretched paw was seen by a schoolgirl on the west coast of Scotland, it sparked a lifelong resolve against animal cruelty.

Growing up on the west coast of Scotland, Sarah Grant had always experienced a strong connection with animals. Even at the age of ten in 1993, it didn’t feel right to her to differentiate between a calf and a bee and a bear and a dog. It was wrong, she thought, that some animals were protected while others should be hurt or killed.

A natural-born vegan, young Sarah always demanded to know which animal was being dished up for dinner. As soon as she began to understand that beef meant a cow had died and pork a pig, she wouldn’t eat her meal.

“I used to hide during David Attenborough shows when the ‘bad music’ came on because I knew an animal was about to be killed by that pesky lion or crocodile,” recalls Sarah, who is now Animals Asia’s UK-based Fundraising Events Manager.“I cried and worried a lot about animal suffering.”

But it was a picture in a newspaper showing a caged bear in China which really shook her to the core. In the photo, a moon bear with sad eyes and the tell-tale crescent of white fur on their chest stretched out a paw through the bars as if pleading for help. 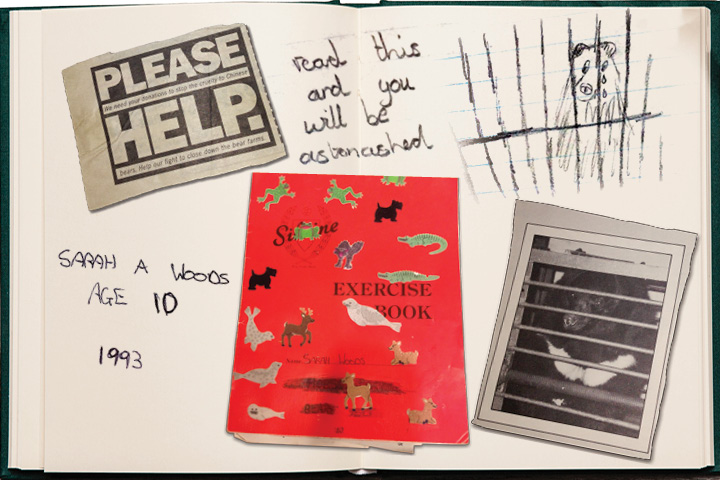 After contacting an animal welfare organization for more information about the bear bile trade, Sarah received a leaflet in the post that contained graphic photos and made for some gruesome reading.
“We watched in horror as a ‘surgeon’ in shorts and rubber boots tied another bear to the table and reached for his scalpel,” the leaflet said. “Behind him more bears lay suffering in horribly cramped cages…some couldn’t even stand or stretch! The obscene metal taps doomed them to a life of agony. Experts say bears could survive in this dungeon for YEARS!”

Determined to do something to end the cruelty, Sarah wrote a letter to the organization which had exposed the barbaric cruelty of the bear bile industry and donated some pocket money – even asking her father to match her £5 gift.

An advocate-in-the-making, Sarah also wrote an essay about the bear bile farms for a school project to raise awareness about the plight of these magnificent animals. She carefully taped the words of a certain Jill Robinson, who had discovered the farmed bears, in her schoolbook.

Little did she know that many years later she would end up working alongside Jill at Animals Asia, the charity Jill founded in 1998, to help end the bear bile industry and free bears from their iron cages. After completing a biology degree with the intention of working with animals, Sarah eventually ended up working for a time in an aquarium which featured seal performances. The experience opened her eyes to the poor conditions performing animals are subjected to and reinforced her commitment to improving animal lives.

She worked in Scotland on a project to provide veterinary care, vaccinations, and treatment to a community of feral cats, before deciding to move to Cornwall where Animals Asia’s UK office happened to be based.

“Imagine the butterflies in my stomach when I stumbled across the Animals Asia website and read it had cat and dog welfare programs AND a program to stop animal performances AND a program to end bear bile farming,” Sarah said. “It was as if the universe had a plan.”

In 2017, the donations which Sarah has raised from supporters like her in the UK has allowed Animals Asia to rescue 18 more bears from bile farms in Vietnam, shut down nearly 40 dog meat restaurants in China and ended cruel animal performance and interactions in facilities across Indonesia, among many other projects.

Sarah said: “The fact that I can now help with these causes and make a difference to animals’ lives is all down to Jill and the brave work she has been doing to tell the world about bear bile farming for more than two decades. I just want to tell her, thank you for being an inspiration to a 10-year-old child in a tiny fishing village in the middle of nowhere on the west coast of Scotland.”

“It’s just incredible how things have turned out. When Sarah showed me the old book that she’d made as a 10-year-old with the pictures of me and clippings of our work I was just grinning from ear to ear.” Animals Asia Founder and CEO, Jill Robinson MBE, said. “Now with the internet, who knows how many children are hearing about our work and having it be the spark that lights a fire of compassion for animals that they may carry their entire life. They could be in London, or a little fishing village in the middle of nowhere in Vietnam – or a mountaintop community at the end of the road in China somewhere. And perhaps in 20 years time, I’ll be working alongside them – just as I do now with Sarah. Sarah’s story has made me look forward more than ever to that day.”