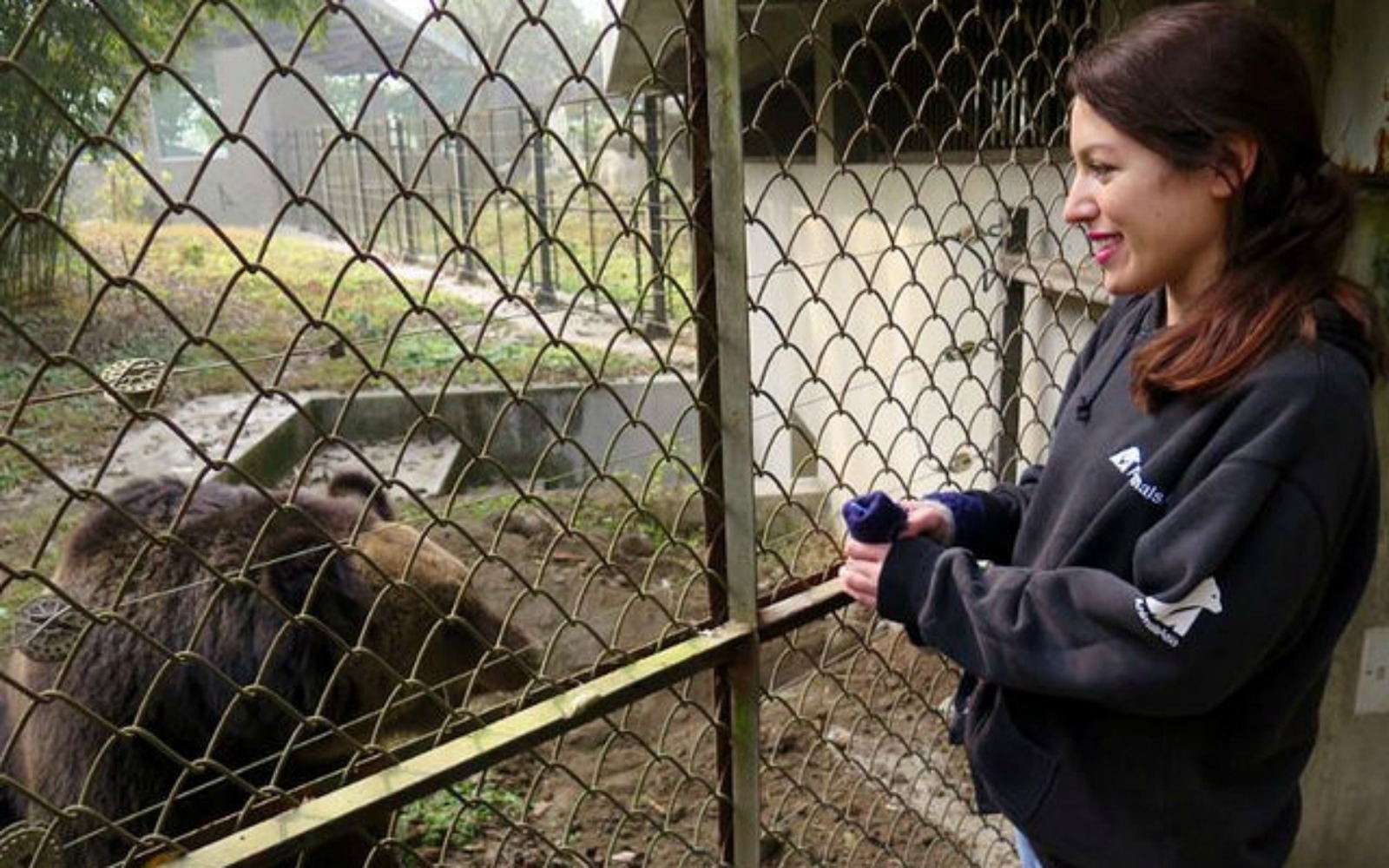 This was originally published on AnimalsAsia.org.

I first learned about moon bears and bear bile farming fourteen years ago, when I read a story about Animals Asia in an Australian magazine sent by my mom’s overseas pen-pal.

I remember being deeply troubled. I was shocked and horrified by all the bears endure – in particular, the fact that some bears suffer their torture for thirty years or more, crushed into tiny coffin-like cages. 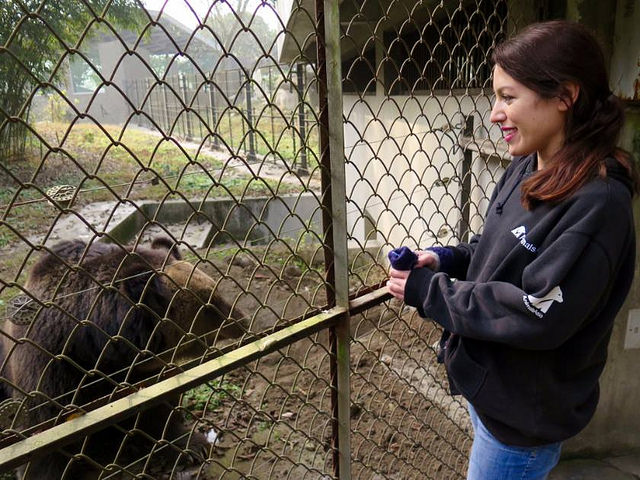 I lost sleep, I felt sick, and the story of the bears simply stayed with me. I wanted to help rescue them, and in that terrible darkness that had unveiled itself to me, Animals Asia was a great and powerful light. I knew that my life would be deeply affected by the bears and the Animals Asia mission, but I never knew the incredibly beautiful journey I would undertake as I traveled through my life as a supporter.

In the winter of 2016, I had the extraordinary opportunity to work as a Volunteer Bear Manager for the three months at Animals Asia’s China Bear Rescue Centre (CBRC) in Sichuan, China and it was a deeply life-changing experience. 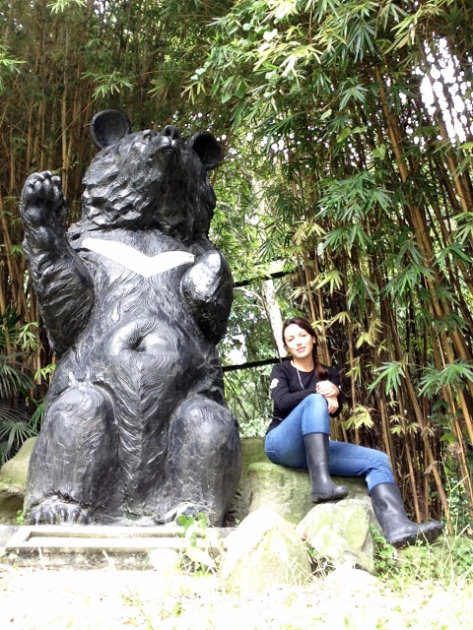 I can truly say that it was one of the most magical, illuminating, and happiest times in my entire life. I lived on site at CBRC and got to work firsthand with the bears, helping to administer medications, conduct behavior observations, and work on my volunteer project of improving the brown bear enclosures.

As a volunteer, I also had the weekly duties of working in the “shake kitchen” (where the bears’ daily medications are prepared), as well as hospital cleaning duties, dog walking, and data entry. Furthermore, I got to work alongside the Bear Team enriching the enclosures each day, helping to create novel worlds for the bears to explore on their paths to recovery.

To me, the entire experience was even more wonderful than I could have ever imagined – in particular, the bears themselves. After being a supporter for so many years, I’ve admired the bears for a long time and I knew what magnificent creatures they are. 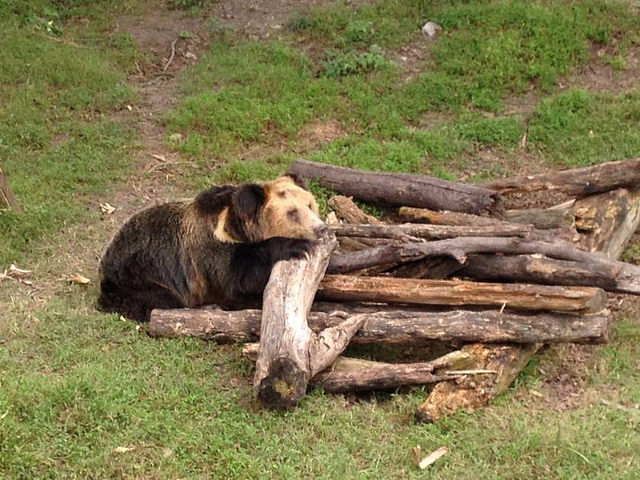 Seeing them in person, I was changed for life. I was awestruck by their beauty; not its perfection, because so many of the bears are damaged in body and mind, but by their heartbreaking uniqueness – the shape of one bear’s ears, the texture of another bear’s fur, and the shape of each body with its missing legs or bar scars or arthritic movement.

I fell in love with the spirit of the bears, and the great positivity, light, and peacefulness that pervades and colors the CBRC. It flows through everything, and any visitor comes away having learned the secrets of a beautiful universe where great spirits live again, having been given a second chance at the lives they deserve.

To be part of this universe and see for myself some of its secrets will carry me for the rest of my life. 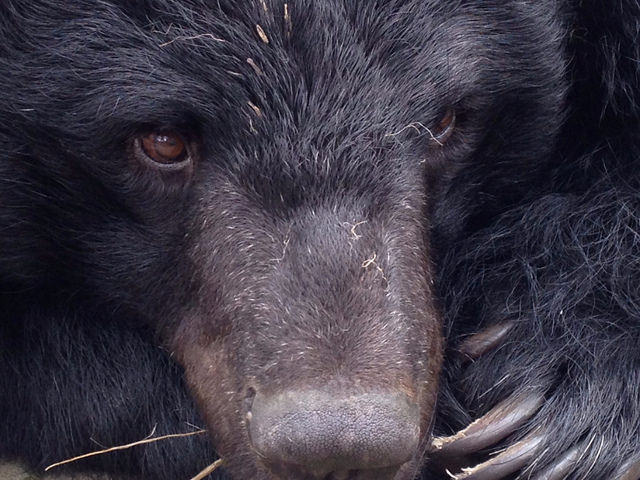 My father, Robert Robles, passed away shortly after I returned home from China. He had been so excited for me that I was going to work with the moon bears – something I had dreamed of doing for so long. I saw him in the bears, in their big, lumbering, clowning antics and their huge, indestructible hearts and their great minds.

Animals Asia is always in need of volunteers in a variety of positions and capacities, including their sanctuaries in Vietnam and China. To find out if you can help us end cruelty, visit their website.