Rescued From Life as a ‘Teacup’ Pig, Lil Squeak Has a Blast in Her New Sanctuary Home 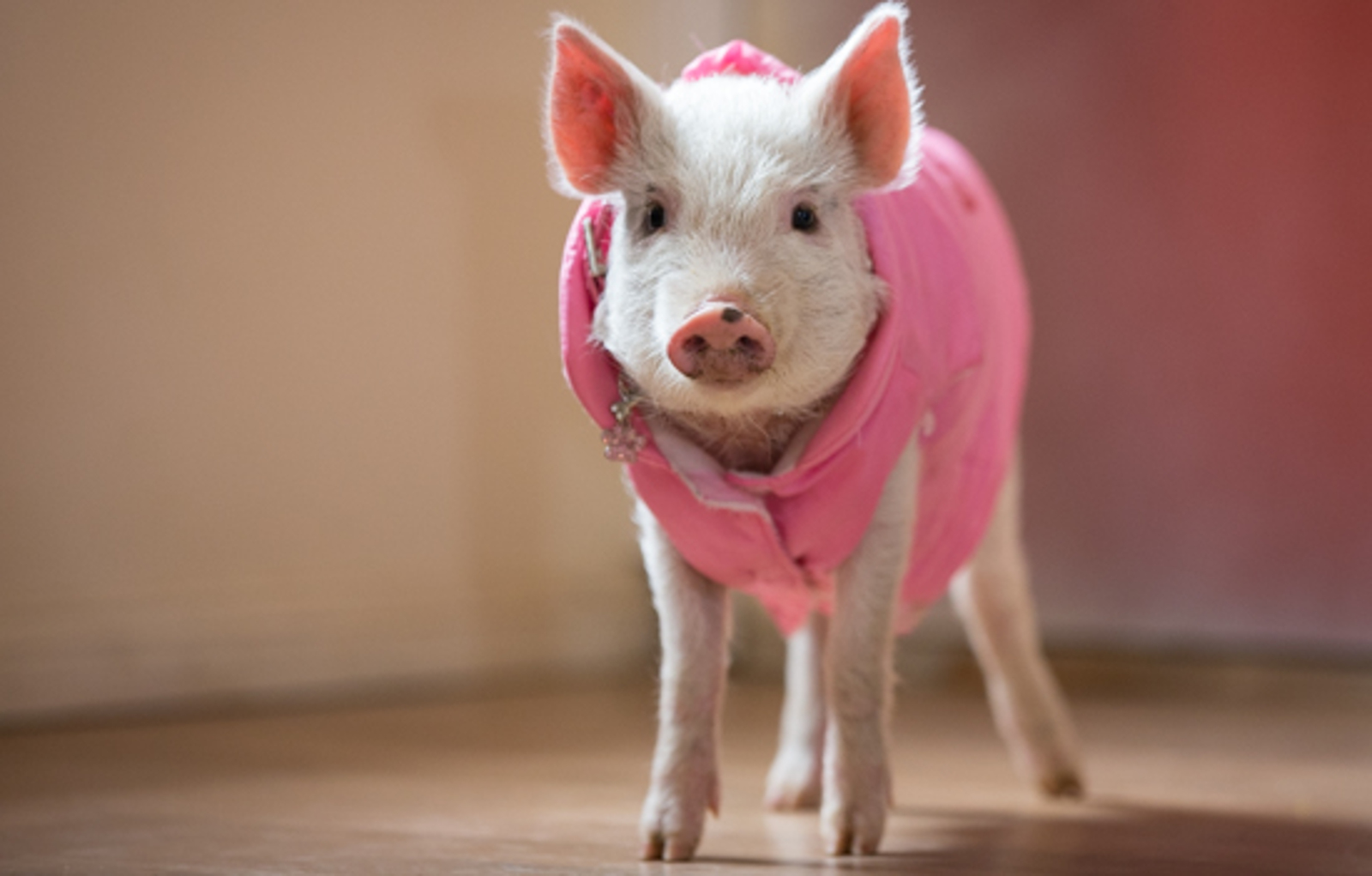 Now she might seem like a pint-sized porcine to many, and that roar is more like a squeak (caused by a rather small trachea), this tiny piglet has one mighty large personality. Little Squeak, far larger than life, oinked her way into ours on the 22nd of July. Surrendered to a Melbourne Animal Shelter due to her owners change in circumstance most certainly had us scratching our heads for the wee lass was but two months old. Surely the first rule for taking an animal into your world would be a succession plan if things do not go, well, to plan. 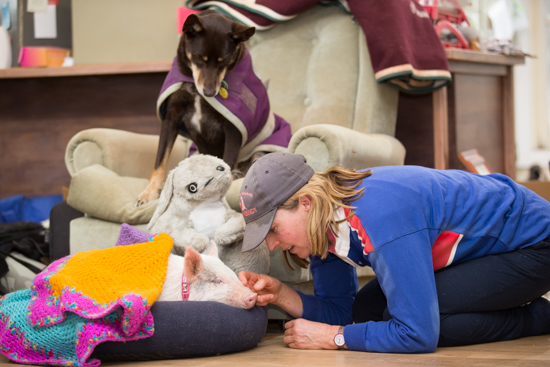 Already struggling to cope with the burgeoning number of unwanted cats and dogs it now seems pigs are all too often being added to the mix, even adorable cute and tiny ones like Little Squeak. 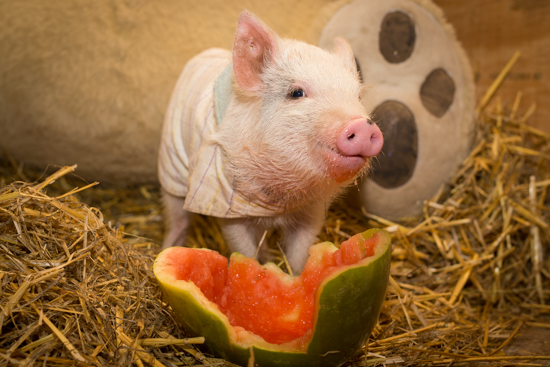 Unscrupulous breeders offering claims of “teacup” and “tiny,” along with feeding regimes more akin to starvation plans and no background checks of owners being conducted is seeing terrible outcomes for both animals and humans. While all breeders do not fit this bill, way too many do. The result is just tragic for these highly intelligent and emotional beings. And it is not just miniature pigs who have become the new “black” when it comes to “pets” as an alarming number of farm pigs are finding themselves homeless as well. 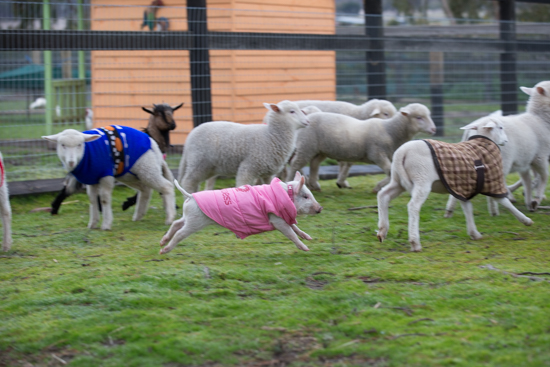 Pigs are indeed adorable animals, they make amazing companions, their antics are hilarious, but they do come with a commitment of around 10 -15 fun filled, soiled clothes, rooted up pastures, fence testing years. So next time you see an advert for a cute little piggy on your Internet page, please remember Little Squeaks important message “pigs are for lovin’ not the oven” but we guess you already know that one. 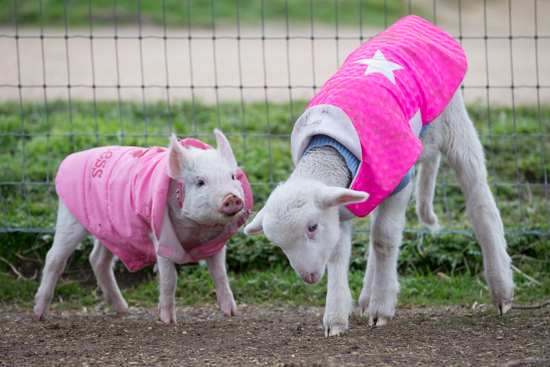 No Little Squeaks important message is this, “pigs come with a lifetime of care and kindness, for good times and bad. Pigs love to dig, no two ways about that and rings are for fingers, not piggy noses. Pigs are really really social animals; they love company and who better to provide this than another pig. So best make way for two piggies into your heart and well-fenced home (on acreage of course). Suburban backyards are better suited to clothes lines than mischievous little, and not so little, trotters.” 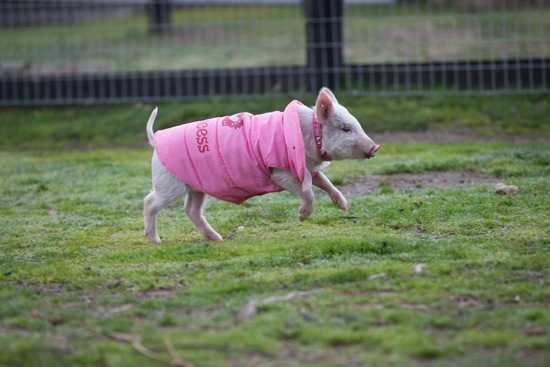 Another important point to remember is that pigs bond strongly with their human carers, more so than many dogs. And they suffer terribly when separate. 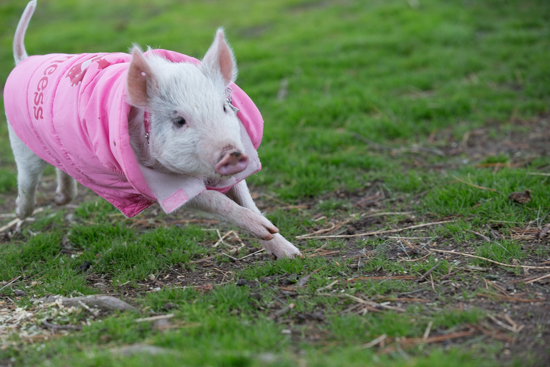 That cute little piglet who was fussed over and worshiped doesn’t understand why the same lavishes and attentions are not forthcoming to the oversized creature who is still trying to find room on your couch. 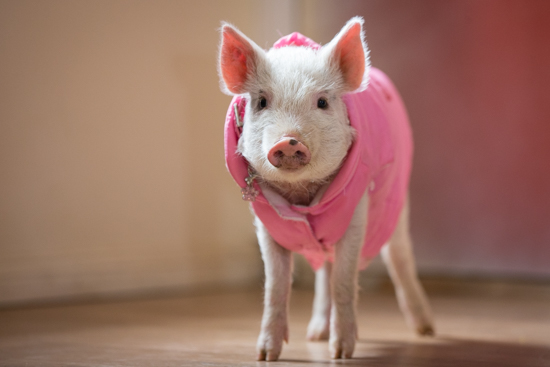 So our message is this, pigs do make great companions, but please make sure you are prepared to make the commitment, do your research, have an old set of clothes, and a great sense of humor before you shout, “sign me up.”