How We’re Working to End the Yulin Dog Meat Festival – and How You Can Help! 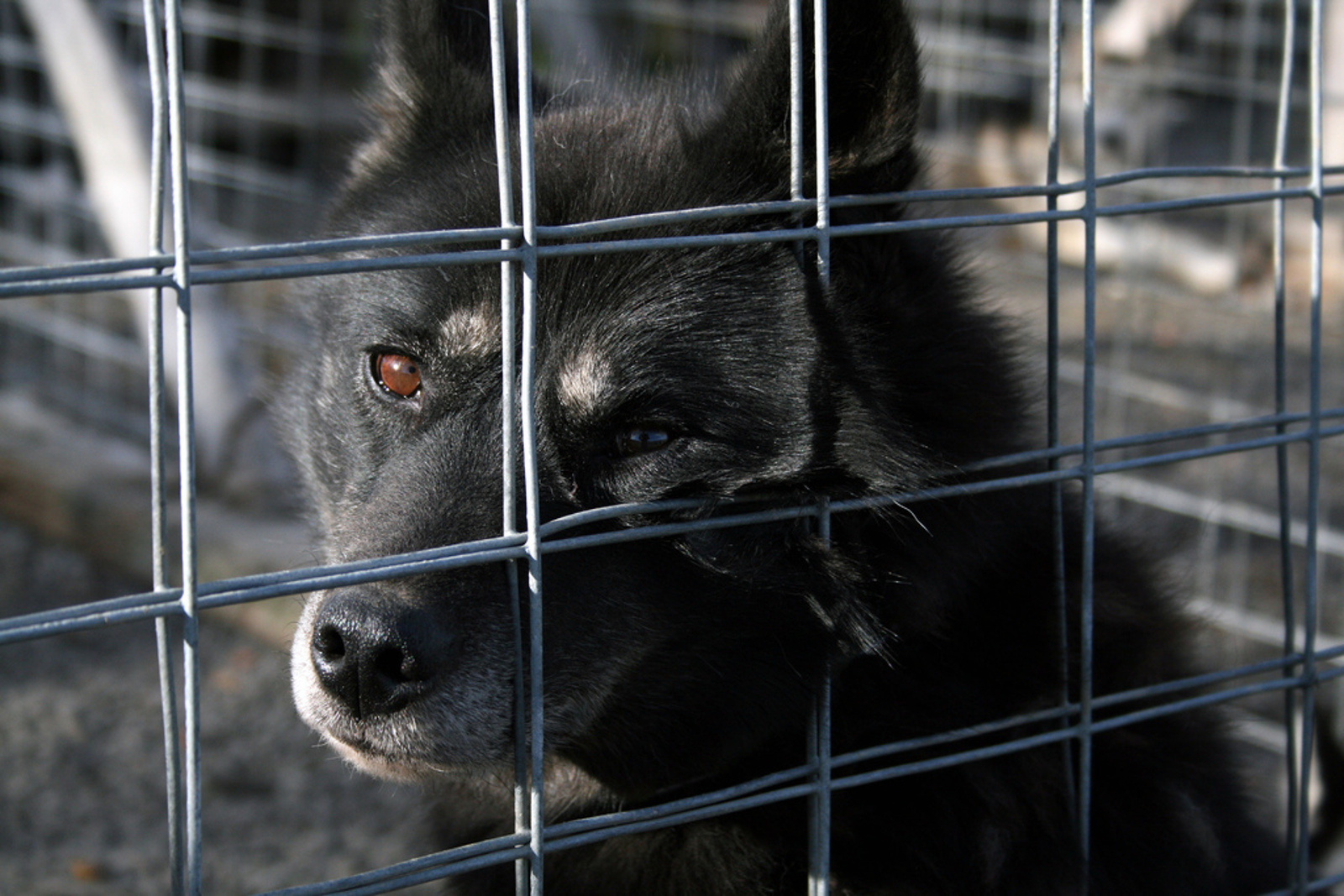 How will your support help Animals Asia’s campaign to end Yulin dog meat festival and stop dog and cat meat eating in China? We will once more be assisting the local authorities in their duties including supporting them in areas where they can intervene – from hygiene regulations to transportation. We will also work with wider partners to ensure that as much pressure can be applied to the traders and the industry as possible.

We will provide support for rescued dogs. Including providing protocols on their care and the provision of food and vaccines where applicable. In addition, we will attend Yulin to report to supporters, media, and Chinese partners. The dog meat trade is built on criminality, cruelty and cutting corners in order to maximize profits. We’ll be highlighting all of the above to increase the pressure on the dog meat traders and the dog meat industry in general.

Our dedicated team will continue to commit themselves 52 weeks a year to ending this cruel trade – even when international interest drops once the festival ends. 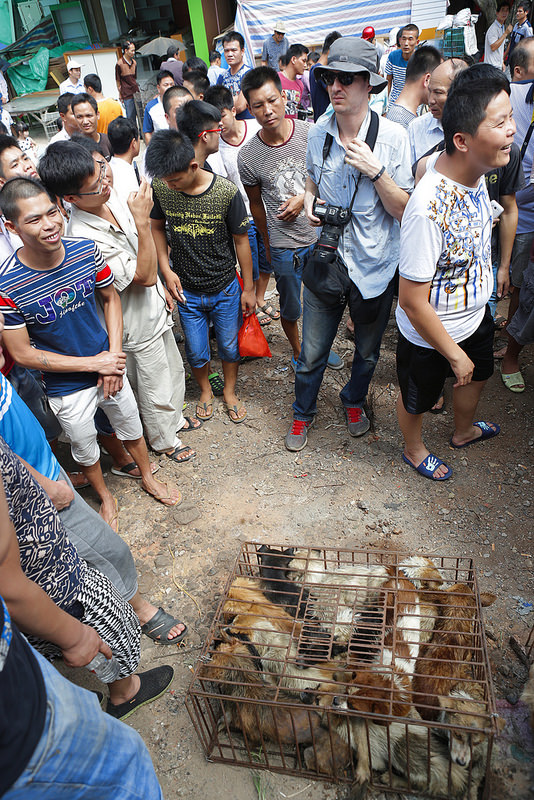 Why is your open letter directed at the dog meat traders?

This is no longer sanctioned by the government or local authorities, so any responsibility would have been denied. Sensitivities might also have made it a bad tactical move. As an open letter, we’ll share this as widely as we can – specifically via Chinese social media networks with the help of celebrities with vast numbers of followers. Essentially it’s a letter to the dog meat industry with wider China and the world CC’d in. 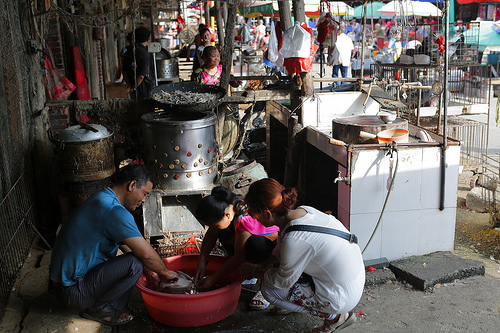 Rarely – only when staff rescue dogs personally, but not in a sanctuary situation and not as an organisation. Our work covers the following:

We provide funding and/or training to around 100 animal welfare groups in China that rescue dogs and cats and undertake other welfare initiatives that directly help companion animals. We run conferences for the leaders of these groups, allowing problems and solutions to be debated and discussed.

Our support has enabled these groups to introduce TNR (trap, neuter, release) programs for street cats into their communities and to produce publicity and information materials for promotional events. We also give workshops and veterinary training to groups where appropriate.

We’re happy to champion local action and to advise on animal care. Whereas bear rescues are government authorized – dog and cat rescues are not (although they are often helped greatly by local officials). Even though we’ve rescued several “ambassador” dogs from the meat markets and trucks, there are many elements of rescue that are extremely sensitive in China and for an overseas NGO that could potentially jeopardize on-going wider work. We work where we can offer most – supporting and advising local groups and lobbying at higher levels.

In China, there are a huge number of rescue groups spread across the country and all are at different stages of development. By working with local grassroots NGOs we can assist animals in China better by growing their capabilities than being involved directly. This also offers greater long-term change and provides local solutions to a wider array of animal welfare issues. Where we do offer direct assistance is following rescues – in terms of vaccines, certain provisions and, on occasion, funding – as our own resources allow. 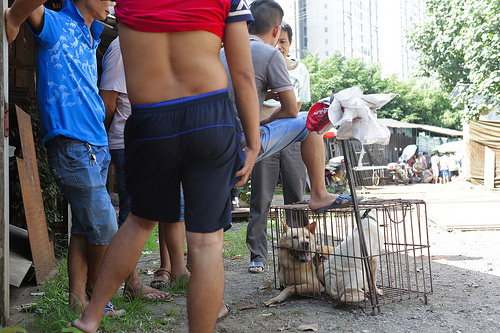 This is a question that everyone joining the campaign to end the Yulin dog meat festival should ask themselves and we are delighted to be asked it. At Animals Asia, we encourage everyone to progress towards a cruelty-free existence – including what they eat and what they wear and how their lives impact on animals generally.

As a result of the campaign to end dog and cat meat eating – many thousands of people – East and West – are asking themselves the same question and deciding to change their own lifestyles.

Beyond this, however, we do not agree with the argument that you should try to save all animals or none at all. This is an area where we believe a breakthrough can be made and there can be no doubting that it is also an area of extreme cruelty and animal suffering. We stand shoulder-to-shoulder with animal lovers in China who have suffered the theft of literally millions of dogs and cats. We make no apology for making that a priority and we desperately want to help them. (Our Animal Welfare Director Dave Neale outlines the issues here.) 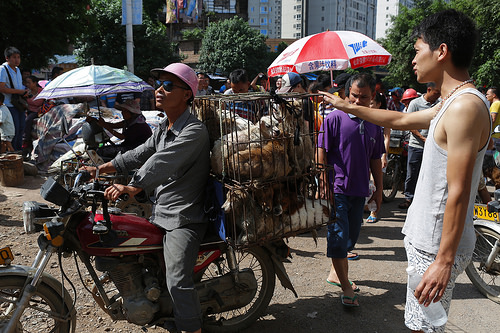 In recent years, the number of dogs slaughtered at the Yulin dog meat festival has dropped from over 10,000 to around 1,000. That has happened as a direct result of local and international pressure. Signing petitions has been a large part of that. The number of people showing concern over any issue is a powerful statement – beyond that petitions are habitually shared. It’s an action that not only engages support, it grows awareness and empowers people to play their part in change. Petitions can and do force change. When you make a donation, it goes towards not just campaigning to end Yulin dog meat festival, it would also contribute to our work to combat cruelty to cats and dogs in China. Part of that is our on-going commitment to end all cat and dog meat eating.