How Social Media is Impacting These 4 Endangered Species

Our fascination with wild animals and our desire to view them up close is nothing new. Since the gladiators faced off against lions and bears in ancient Rome, and even before, humans have always found a way to employ wild animals for their own entertainment. For many years, the far-reaching consequences of removing wild animals from their natural habitat to place them in captivity were dismissed in favor of the enjoyment and pleasure of seeing them up close. Over the last decade, however, we’re continuing to see a collective shift away from the public’s desire to interact with animals in captivity and an increase in the number of people venturing all around the world to interact with them in their natural habitat, or a more natural setting. This shift was amplified by, and certainly coincides with, the rise of social media.

So how exactly has social media changed the way we interact with animals? Before Instagram and Facebook, we still took photographs and videos to capture moments that were important to us. We still traveled. We still shared those moments with our friends and family. But social media in the present day allows people to share those moments across a much larger base in real-time. It allows us to use hashtags and tag locations. If nothing else, social media breeds envy, and there’s nothing to be more envious of than someone sharing a photo or video of them with a wild animal.

National parks, non-profit organizations, scientists and more have all raised concerns that social media is detrimental to the preservation and protection of critical habitat and endangered species – and yet people continue to seek them out anyway. Location tags allow people with seemingly good intentions to access others’ whereabouts on any given day. In addition to those who mean the animals no harm, it also allows poachers a constantly updating viral map on where the animals can be found. Images of a wild animal in a park might encourage some to get involved and be environmental stewards, but more often than not it merely encourages people to follow suit and seek the animals out with the hope that they too will have a good photo op for their Instagram.

It’s worth questioning if the benefits of wildlife ecotourism are worth the harm that is done. It’s also important to question our motives, particularly when we know it won’t benefit the animals to habituate them to people further. It may not be inherently wrong to want to be near a wild animal or share that encounter with friends on social media, but it’s worth questioning if we would post the same content, or as much of it, if we weren’t receiving attention from others in return. How much can someone possibly care about animals if the desire to be near them outweighs any empathy for their wellbeing?

Talking about such a complex issue without fleshing out each and every scenario possible inevitably allows for “whataboutism” and it’s important to provide some clarity: Some wild animals are incredibly social and will seek out human interaction (Luna the orca from Puget Sound is a perfect example of this). Some wildlife sanctuaries allow the public to engage with the animals which can garner immense support that enables the facility to continue caring for the animals long term. And yes, there are reputable organizations that provide the public with the opportunity to view wild animals in their natural habitat that adhere to strict rules and regulations.

With that being said, there are a growing number of facilities today that operate under the guise of genuine sanctuaries, many of which have gained notoriety and popularity due to well-known Instagram influencers from around the world who do not know any better and visit them anyway. It’s imperative that we continue to be mindful of the places we visit and the facilities we support.

Listed below are 4 wild animal activities that are frequently highlighted and posted about on social media. We strongly encourage our readers to do proper research before blindly giving money to any excursion that offers the opportunity to interact with wildlife. If you’re unsure, simply respect their space and leave them alone. You don’t need that Instagram photo.

1. Swimming with Orcas and Whale Watching 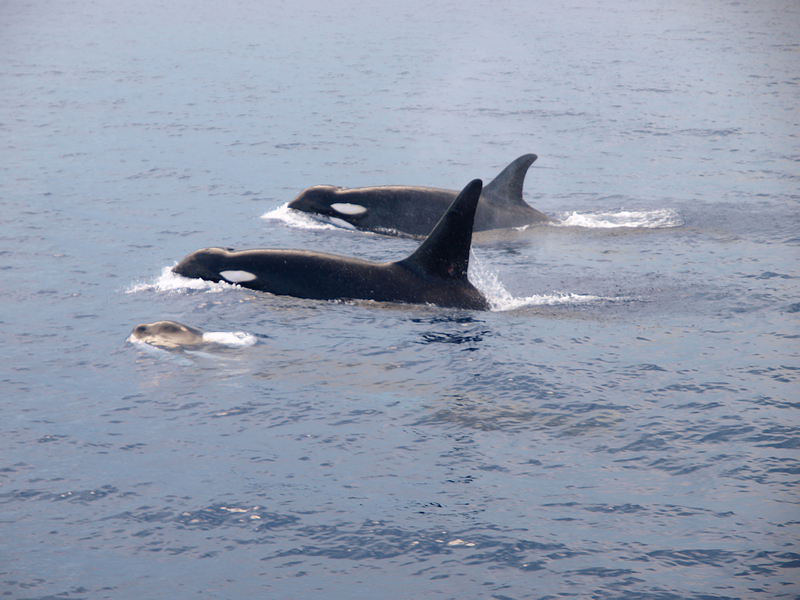 Documentaries like Blackfish anthropomorphized orcas for many people. They are no longer feared but instead loved in an entirely new way because of their complex and intelligent nature and strong family bonds. Although this is wonderful news, it also means we’re seeing an increase in the number of people seeking out tours overseas that allow them to swim in close proximity to wild orca pods. Aside from not fully understanding the stress this might cause the animals, we must also consider the danger these interactions could bring to both humans and orcas alike.

Similarly, while whale watching has always been popular, the release of Blackfish and the push to encourage the public to view marine mammals in the wild increased the number of people flocking to the coasts to book a tour. There are many reputable whale watching cruises, but it’s important to note that in recent years concern has been raised regarding the impact noise from the boats has on cetaceans in the area, whether or not it impacts their echolocation and ability to hunt and forage, and the stress this might cause the animals. For anyone who is planning to book a whale watching tour, just make sure you research the area you’re visiting and book with a vessel that adheres to the best practices. 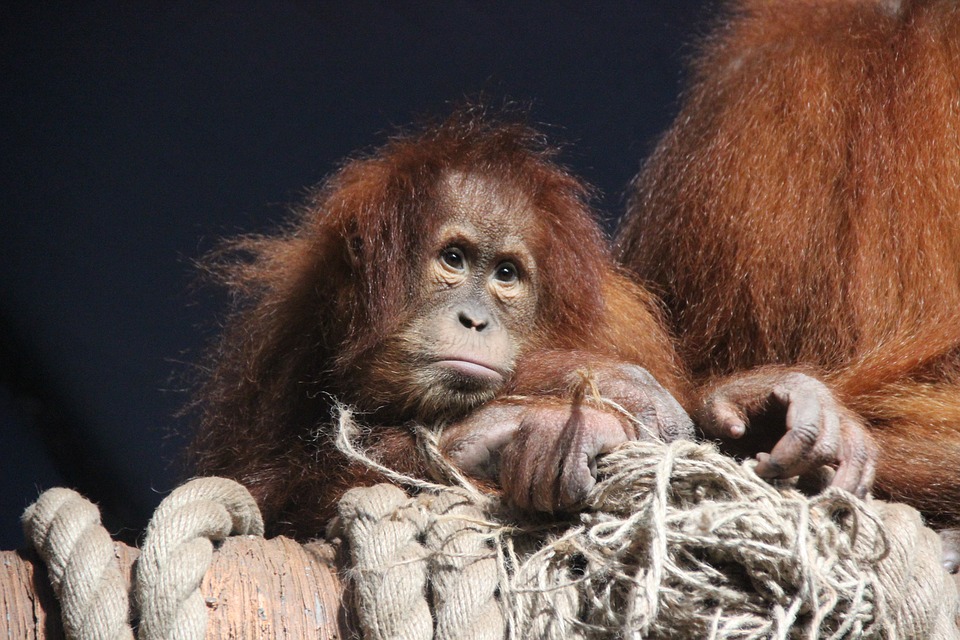 Orangutans and other great apes are available to view in captivity at most zoos around the world, but viewing them in a seemingly natural habitat is a growing trend on Instagram. At face value, what better way to show your followers that you appreciate and respect nature than by viewing wild animals without any bars to separate you from them?

In the early days of the great Jane Goodall, we didn’t understand, to what extent, humans could cause serious injury and illness to wild animals (specifically other primates) simply by being in their presence. Today we understand this better and often refer to these as zoonotic diseases. Orangutan trekking tours are quite popular overseas, and although many of the tours publicly state that they adhere to a regulated distance for the safety of the orangutans, many videos and photos from guests are posted on social media show otherwise.

The orangutan is being all but eradicated from their native habitat due to human interest, leaving the Bornean orangutan as an endangered species, the Sumatran orangutan as a critically endangered species, and a third species discovered in 2017, the Tapanuli, that is also critically endangered. It is not only irresponsible but harmful to pay to view these animals in the wild for a photo op without considering the damage being done to a species with only a little more than 100,000 of them left. 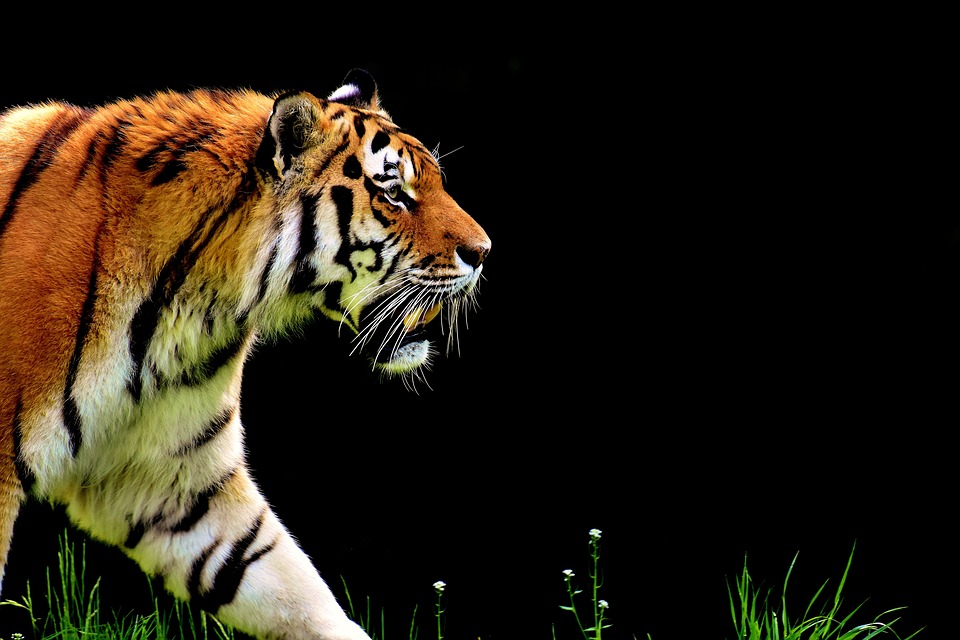 Today, captive tiger populations far exceed those remaining in the wild – with wild tiger estimates around 3,800. To put that in perspective, more than 5,000 captive tigers exist in the United States alone. Many captive tigers are bred for entertainment and ultimately slaughtered for humans just the same. Tiger farms, which are as horrifying as you can imagine, breed animals for facilities that can utilize cubs for photo opportunities with the public, adolescent tigers for tiger walking tours and photo ops, and ultimately slaughter mature tigers so specific parts can be sold for use in TCM and their pelts and other parts used as home decor.

Similar to orangutan trekking tours, the ability to pay to walk with tigers provides us with a number of safety and health concerns for the animals and the public. Tours like these are typically available at pseudo-sanctuaries, like the Tiger Temple in Thailand, where guests can choose from a variety of activities.

A number of Instagram stars and influencers have given rise to the desire to interact with these animals in natural settings as they visit equally Instagram famous facilities that rescue tigers and other big cats. It is a privilege and responsibility to interact in such close proximity with wild animals, specifically endangered species. It’s crucial that the public researches facilities prior to visiting them and not simply visit because they saw it on social media. 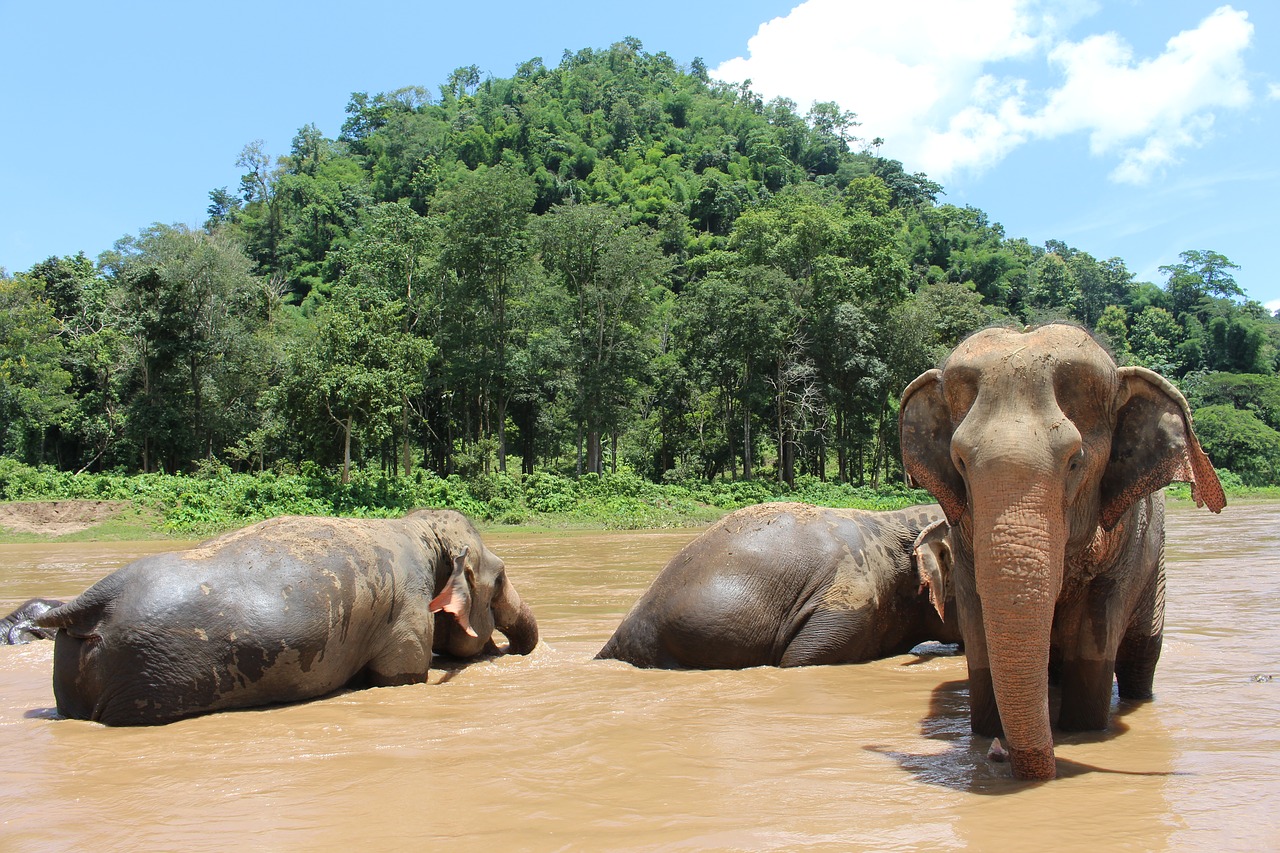 Unlike some of the other wildlife viewing opportunities available to the public, it can be even more difficult to differentiate good vs. bad for facilities that house elephants. Elephants are one of the most beloved species and as the tides against captivity have been changing, proponents against elephant captivity have been some of the loudest – and rightfully so. Although the public now seems to unanimously agree these animals don’t belong in zoos, they still have a deep desire to be close to them. Arguably more so than any other animal listed above, elephants have been deeply impacted by the rise of social media.

Hundreds, if not thousands, of Instagram influencers have made their way overseas to post a photo of them with an elephant – whether they’re on top of one, next to one, in the water with them. Sometimes these influencers are visiting reputable sanctuaries, but not always. And for millions of people who view the photo? Now they want a photo with an elephant, too.

Tourists should always be diligent while traveling that they do not perpetuate the suffering of elephants by visiting a pseudo sanctuary. Elephants at pseudo sanctuaries are captive just like those in a zoos. These elephants spend their day entertaining the public only to be shackled and chained during the evening hours. These facilities allow the public to walk with the elephants, bathe the elephants and take photos with them the same way some of the renowned elephant sanctuaries do.

Our best advice? Support the facilities that have proven themselves. There are several renowned elephant sanctuaries in Thailand specifically that allow the public to interact with the elephants in a way that is safe both for the elephants and the people, including Boon Lott’s Elephant Sanctuary and Elephant Nature Park.

As the general public’s perception of wild animals in captivity changes, we must now also learn to navigate the new ways being adopted to view them, capture them, and post them.